A VIRGIN Australia passenger has slammed the airline after baggage crew left a dog on the hot tarmac at Sydney Airport.

Elise Willemsen was travelling from Sydney to Adelaide when she saw the poor dog sitting in 30 degree temperatures. 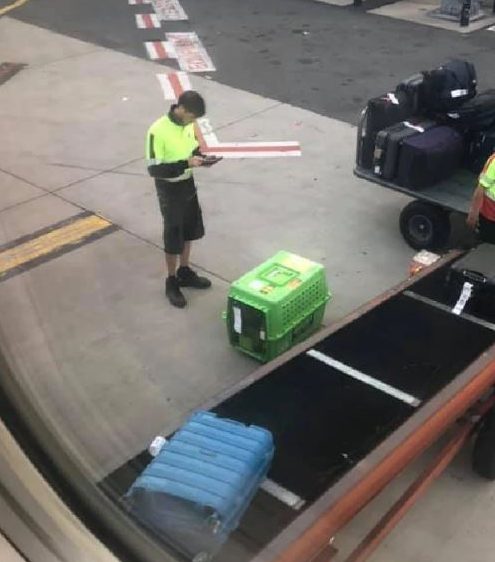 She posted the photo to the airline’s Facebook page, saying: "Thought airlines were supposed to change their policy on animals boarding flights after the luggage and not sitting on the tarmac.

"I could only imagine how hot this poor dog is! Not good enough."

The passenger, who is also the owner of two bulldogs, said the dog crate sat on the tarmac while a trolley of luggage was loaded onto the plane.

The airline, however, says the dog was in the shade of the baggage belt and believe the animal wouldn’t have been on the tarmac for any longer than 20 minutes. 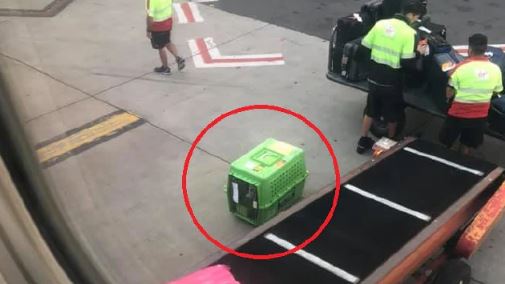 A Virgin Australia spokesperson told news.com.au: "We take the welfare of all animals travelling on board with us seriously.

"All standard procedures were followed by our team in the loading of this pet on flight VA436.

"In line with standard procedures, the pet was kept in a shaded area next to the baggage belt to protect it from the elements.

"Our team conducted a final water and welfare check on the pet before it was loaded. It only takes a few minutes to load pets onto the aircraft and this pet was only brought out onto the tarmac when it was required for loading.

"We take pride in the safe transportation of pets around our network and we will continue to maintain the highest of standards when getting pets ready for their flight."

According to the airline’s website, once a domestic pet is dropped off to the airport and prior to loading, Virgin Australia will keep the animal "undercover in shaded, well-ventilated areas for as long as possible before being taken on board the flight".

ab, airline, for, passenger, slams
You may also like:

Danger of Coronavirus at the Beach? Experts Weigh In

Behold the hotel voted as 'the world's most Instagrammable'

Can I book an airbnb during lockdown? Site blocks UK bookings after it’s slammed for advertising homes to self-isolate – The Sun

Vineyard hotel set to be 'the Sydney Opera House' of accommodation