TWO passengers were hauled off from a flight after claims that they called their WiFi hotspot 'remote detonator' and refused to turn it off.

Flight attendants called the FBI after repeated warnings to switch off devices. 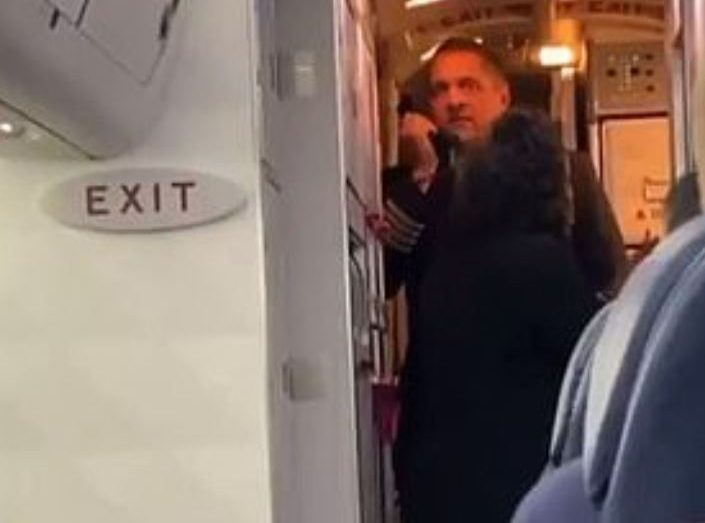 The GoJet flight was due to fly to Montreal from Detroit at 8:10pm on Thursday.

Cabin crew asked passengers to turn off all phones and personal hotspots, according to Detroit Free Press.

They then warned everyone the cabin that police would be called if they did not comply.

Passenger Aaron Greenberg, 47, told the newspaper that he was stunned to find police were already waiting on the tarmac including around 10 emergency vehicles. 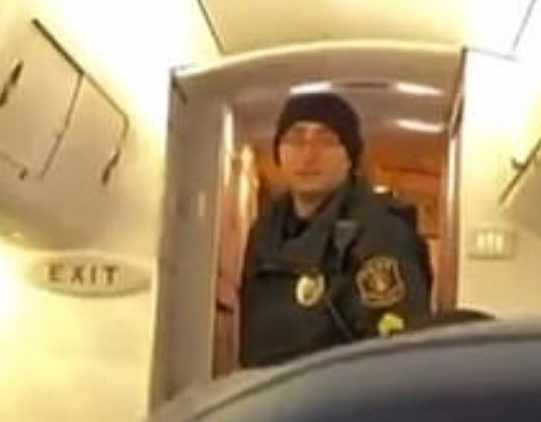 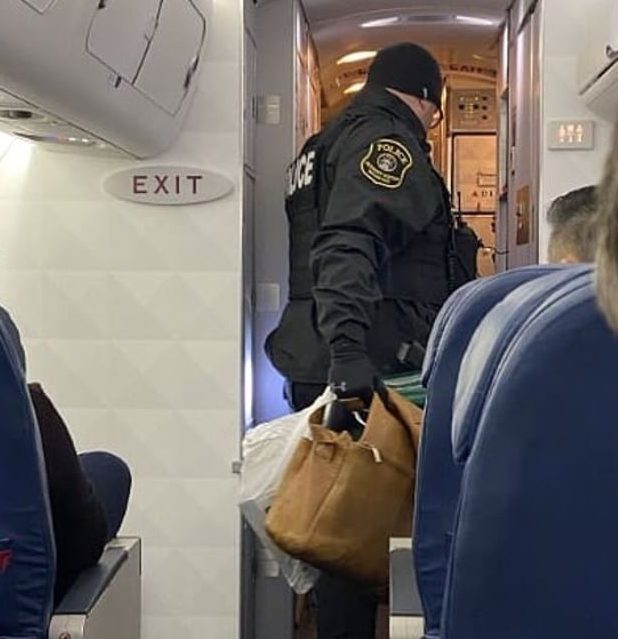 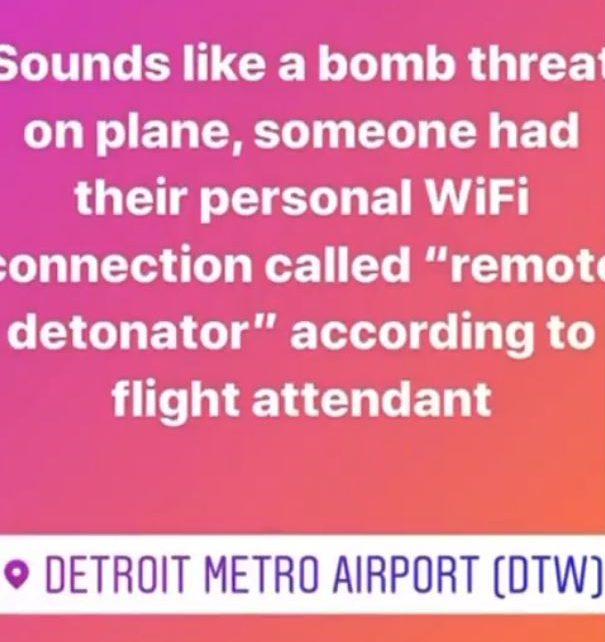 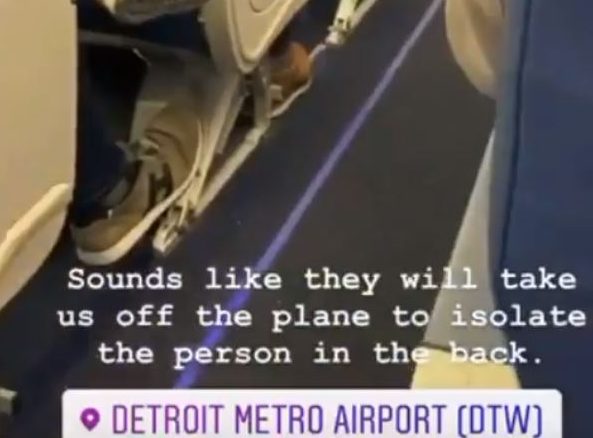 He added that he thought there was "someone really dangerous" on the plane.

It was only later that he asked a flight attendant what caused the concern, to which she explained the WiFi network was called "remote detonator" and was not switched off.

Local police were forced to remove a 42-year-old man and a 31-year old woman from the flight.

Aaron praised the crew, saying they did a "good job" in handling the situation.

In 2017, a pilot refused to fly after a passenger named their WiFi "Jihadist Cell London 1".

A prank by a passenger caused chaos after he changed the name of his WiFi to "Galaxy Note 7_1097" despite them being banned.

An easyJet passenger was offended after finding WiFi named "Shut it you sl*g".

b, flight, hauled, OFF, passengers
You may also like: