Pictured: The world's most remote island

Wrapped in mystery and covered almost entirely by a glacier could this be the ultimate coronavirus hideaway? Welcome to the world’s most remote island, which lies a staggering 1,600 miles away from the nearest inhabited land

If you truly want to get away from it all Bouvet Island is the place to be – because it’s the most remote island in the world.

Once you arrive – and the only way of getting there is on an expedition ship of some sort, post lockdown, obviously – you will find yourself on one of the most inhospitable, forbidding, otherworldly landmasses on the planet, with a human population of zero.

Lonely: Bouvet Island (pictured) is a 19-square-mile hunk of rock and ice that lies 1,600 miles from the nearest permanently inhabited land – South Africa 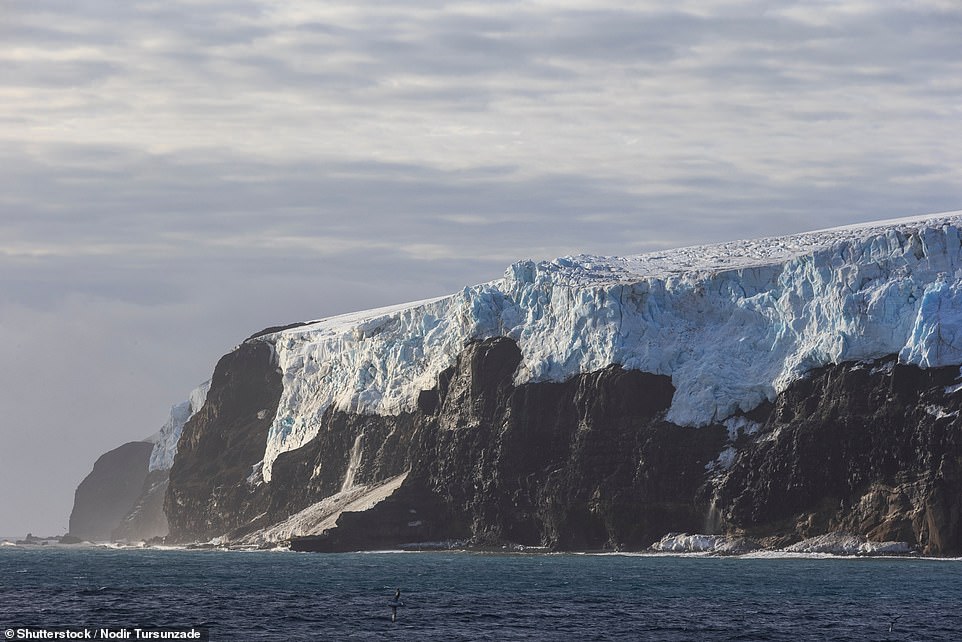 The island was discovered by French explorer Jean-Baptiste Charles Bouvet de Lozier on January 1, 1739, but because he didn’t chart the coordinates properly it stayed hidden for almost a century 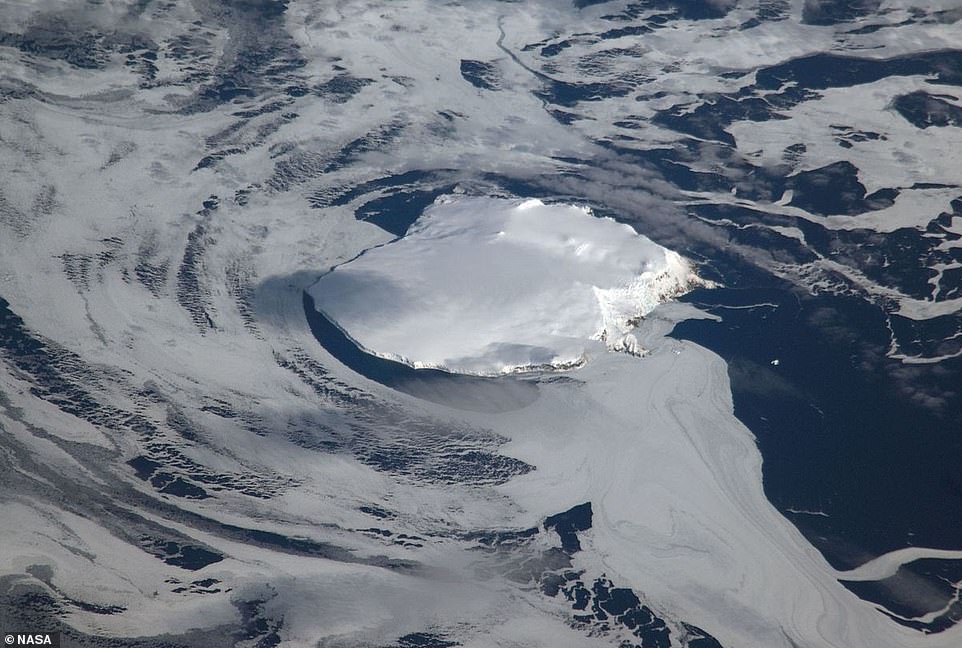 A image of Bouvet Island supplied by Nasa. The island was the setting for 2004 sci-fi blockbuster Alien vs Predator

It’s paradise for the thousands of penguins that live there, though – because a colossal glacier covers 93 per cent of the island.

The locals here also include orcas and humpback whales, which patrol the waters off the coast, fur seals and other bird species, such as snow petrels, black-browed albatrosses and Antarctic prions.

The island is also notable for having a crater of an inactive volcano at its centre –  filled with ice, of course – and for being extremely difficult to set foot on. 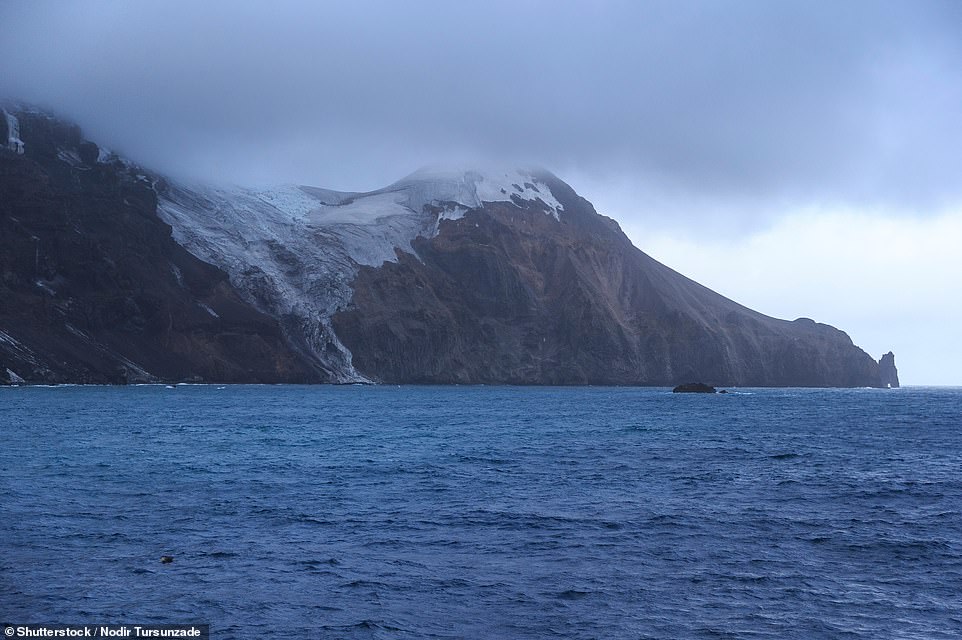 The Bouvet locals include orcas and humpback whales, which patrol the waters off the coast, fur seals and other bird species, such as snow petrels, black-browed albatrosses and Antarctic prions 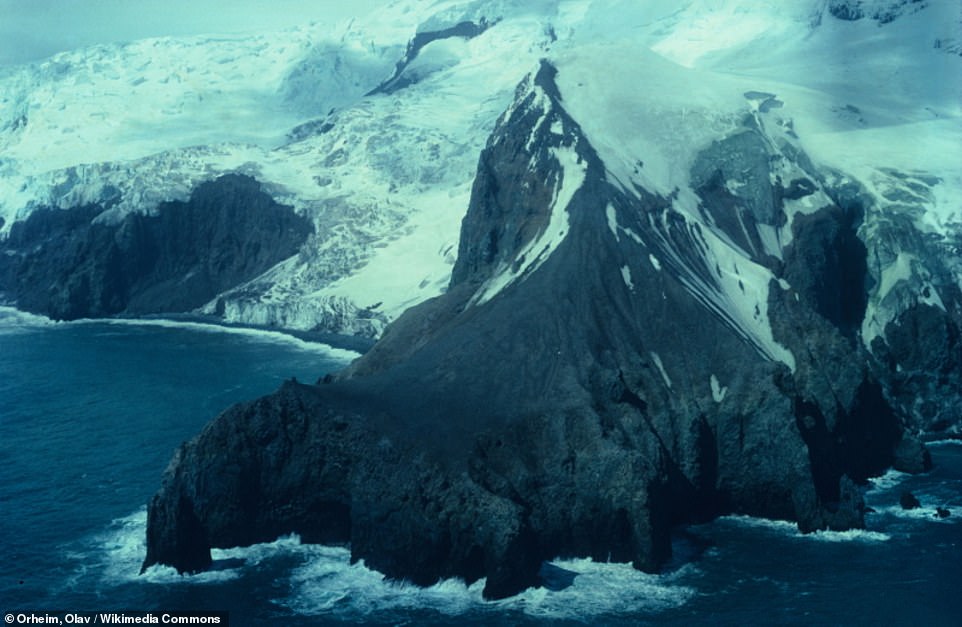 For starters, there are very few actual landing spots – just a handful, including one on the northwest coast called Nyrøysa, a small lava plateau created by a volcanic eruption in 1955 – ocean swells create havoc for incoming boats and the weather is extremely unpredictable.

There are earthquakes, too.

In 1996, the Norwegian Polar Institute built a research station made from containers on the Nyrøysa landing area. 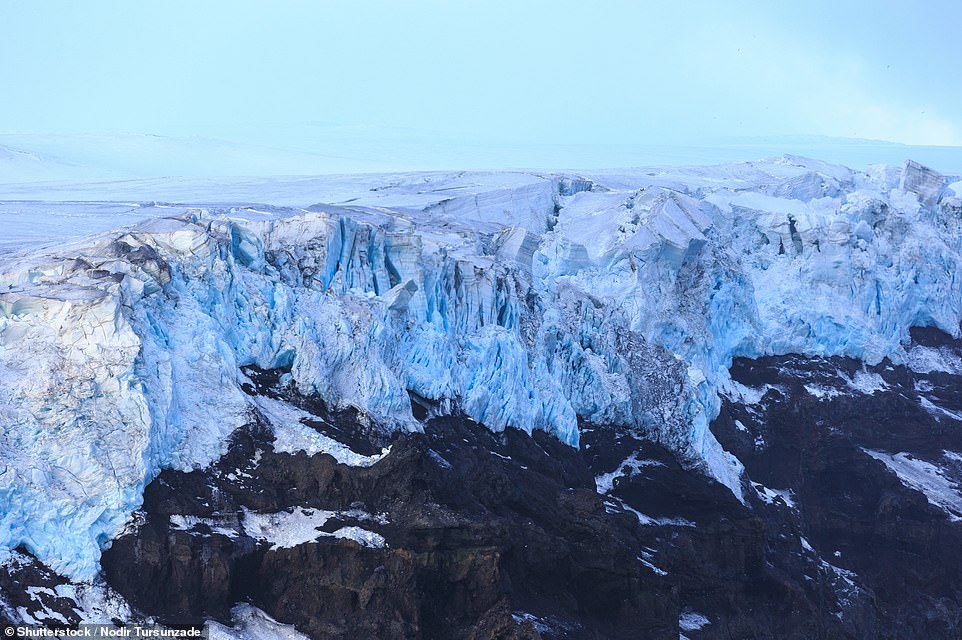 Forbidding: The island is notable for having a crater of an inactive volcano at its centre – filled with ice, of course – and for being extremely difficult to set foot on

Ten years later a 6.2-magnitude earthquake shook the containers free from their foundations and a storm blew them out to sea.

Today, scientific researchers study the island’s layers of ice and weather for clues about the future course of climate change.

The island was discovered by French explorer Jean-Baptiste Charles Bouvet de Lozier on January 1, 1739 – though no one would set foot on it until 1927.

Searching for a large continent, Bouvet de Lozier instead found a small island in the south Atlantic Ocean, north of Antarctica.

But there was a problem – Bouvet de Lozier could not land his boat and failed to chart the coordinates accurately, which meant the island’s true location was hidden for 69 years.

Famed explorer James Cook failed to find it on one of his voyages in 1772, but the island was pinpointed by British whaler James Lindsay in 1808. He correctly charted its coordinates, though he didn’t set foot on it. 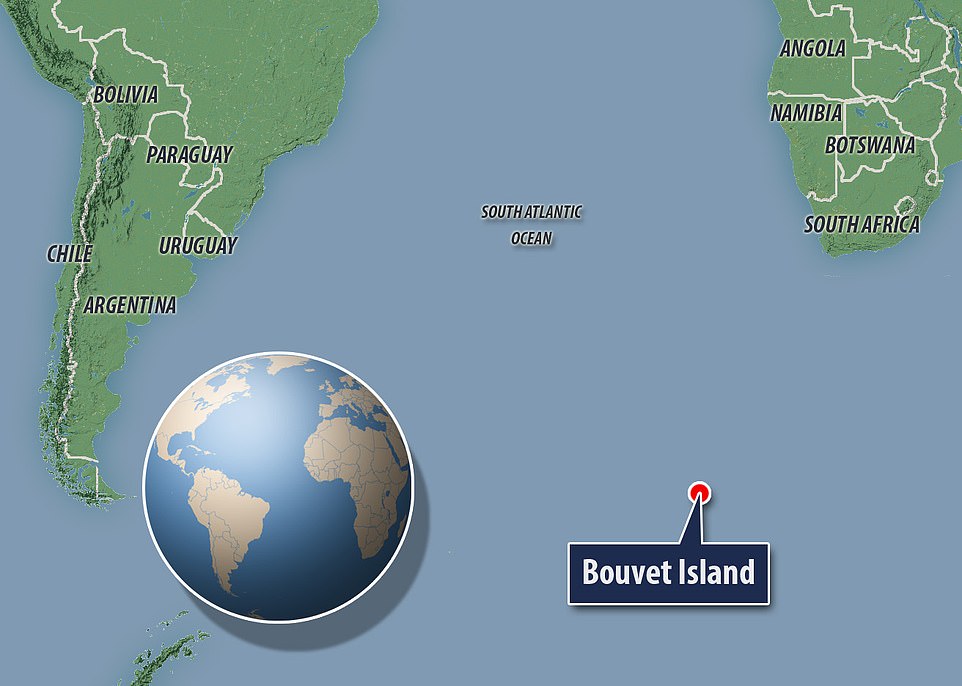 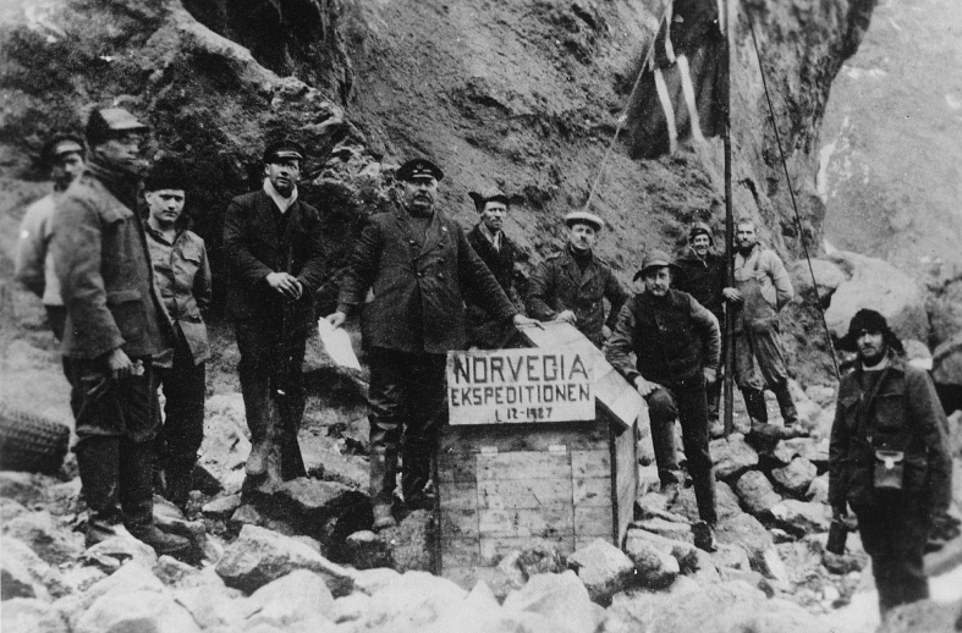 This picture shows Norwegians annexing the island in December 1927. They were the first people to ever set foot on it 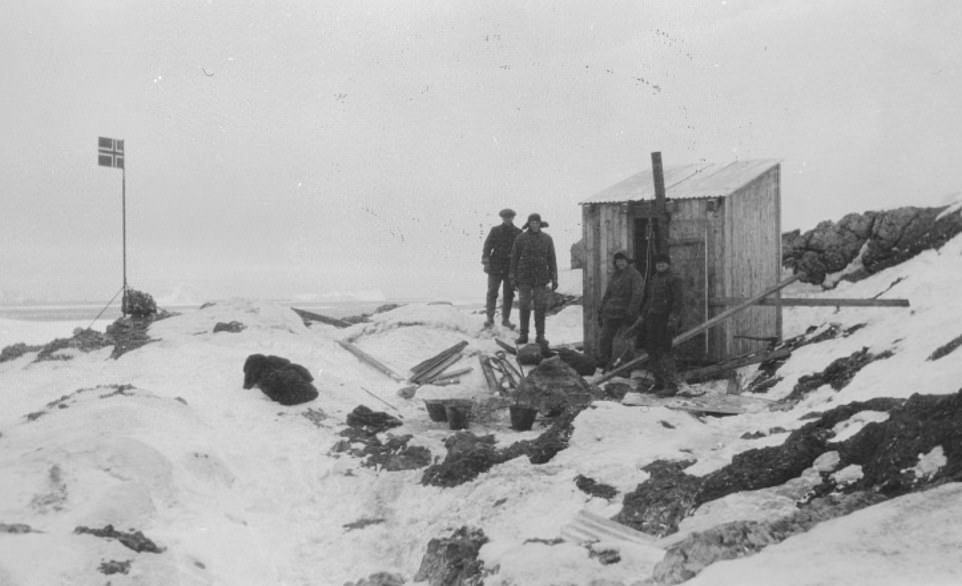 Bouvet days: The island’s first-ever building – a hut built in 1929. It has a certain rustic charm 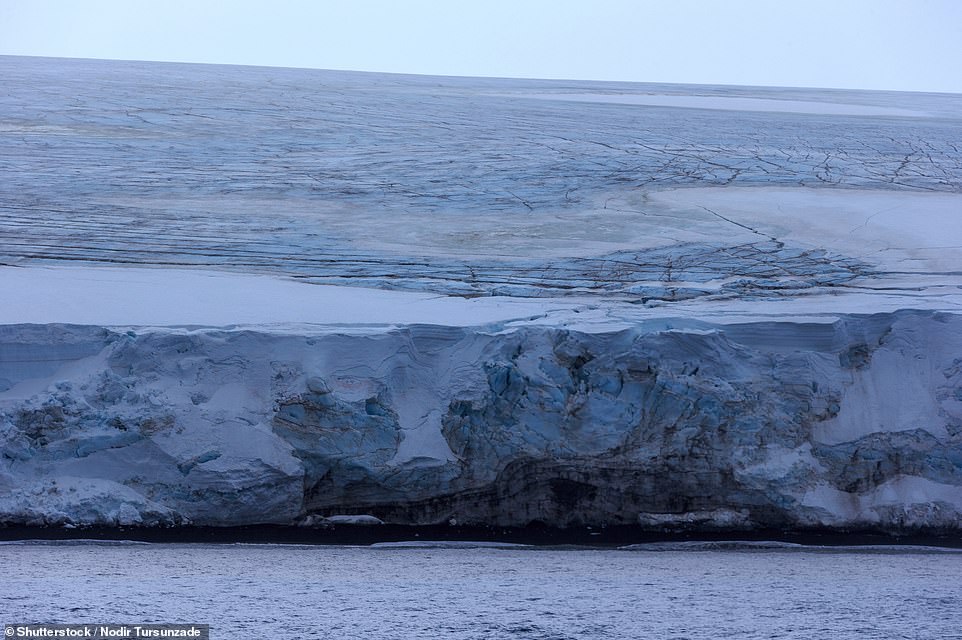 There are expedition companies that will get you on the island, Polar Cruises and Oceanwide Expeditions, for example

To begin with, several disputes over ownership followed – the British claimed it in 1825 and named it Liverpool Island, then it was annexed by Norway in 1930, three years after a group of Norwegians became the first to go ashore.

Norway called it Bouvet Island, or Bouvetøya in Norwegian, and it has remained under the country’s stewardship ever since.

For many, the most intriguing part of the island’s history will be the mystery surrounding the discovery, in April 1964, of an abandoned lifeboat in a small lagoon by the Nyrøysa plateau. No traces of the people who used it have ever been found.

It will come as no surprise that the island has caught the imagination of storytellers and filmmakers. It features in adventure novel A Grue of Ice and is the setting for 2004 sci-fi blockbuster Alien vs Predator.

If you want to see the fact behind the fiction there are adventure companies that will get you to the island’s shores. Visit Polar Cruises  and Oceanwide Expeditions for more information.