Jade Thomas and her boyfriend Trong Nguyen were onboard an AirAsia flight from Kuala Lumpur to Hanoi on Sunday afternoon, when they noticed the traveller across the aisle not wearing and shoes and socks. 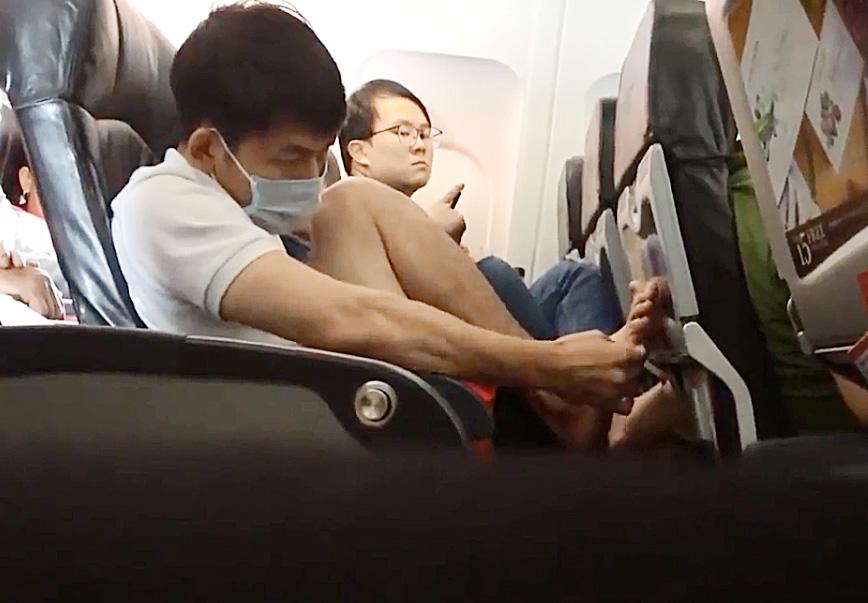 But they became even more horrified when he put his dirty feet on the seat in front of him, before picking the dried skin from his feet and dropping it on the floor.

He continued to pick the fluff under his toenails, oblivious to the hygiene problems it could cause for other flyers on the packed Airbus A320.

Jade, originally from Queensland, Australia, said: "I was returning from a trip to Bali with my boyfriend [when] we observed some poor behaviour.

''There was shouting, loud burping [and] not following requests of airline staff – for example everybody stood up and started getting their hand luggage before the seatbelt sign had been switched off.

''Then of course, there were some people not wearing shoes.''

This isn't the first time bare feet have attracted attention on a plane.

Last July, San Francisco woman Jessie Char thought she had struck gold when she arrived on her JetBlue flight to find two empty seats next to her.

But her luck soon turned to torment when two swollen feet came from behind to rest on the armrests of the seat in front, and next to Ms Char.

She tweeted a picture with the caption: “Today I flew on the set of a nightmare."

Last June, another disgusted passenger on a HK Express flight slammed a fellow traveller for kicking up a stink by putting her bare feet on the back of her seat. 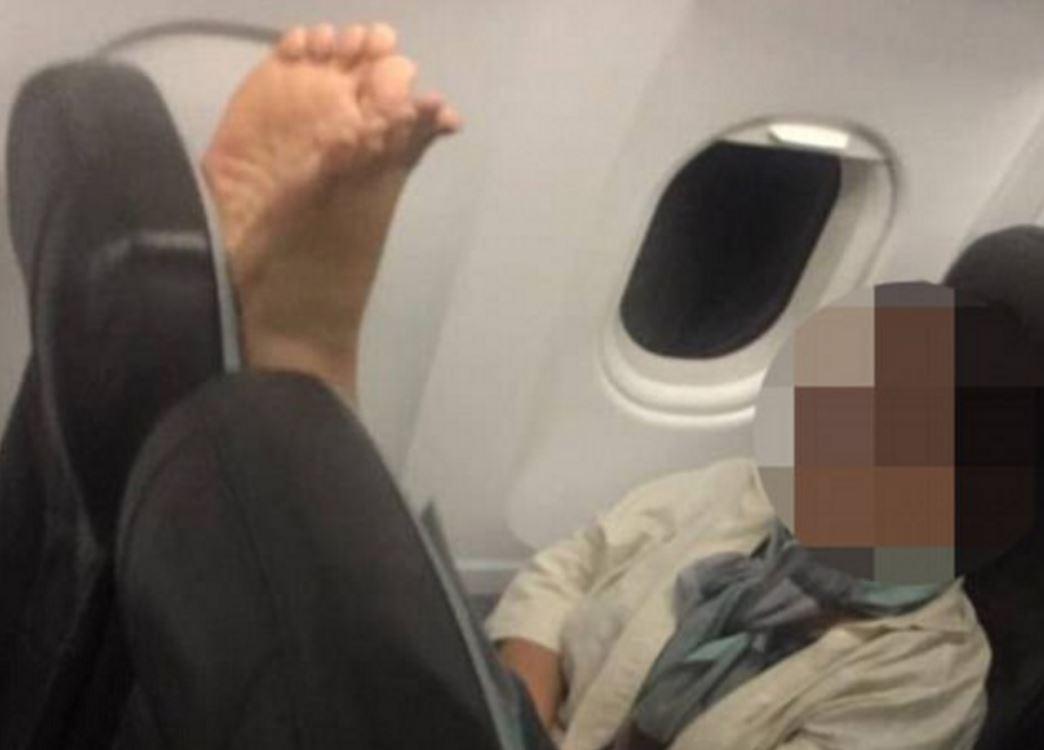 The rude passenger had apparently first asked to move seat before brazenly putting her feet up so she could comfortably rest on the flight.

The offences have become so regular now that a flight attendant and aviation blogger recently made a public plea for passengers to keep their feet covered and on the floor. 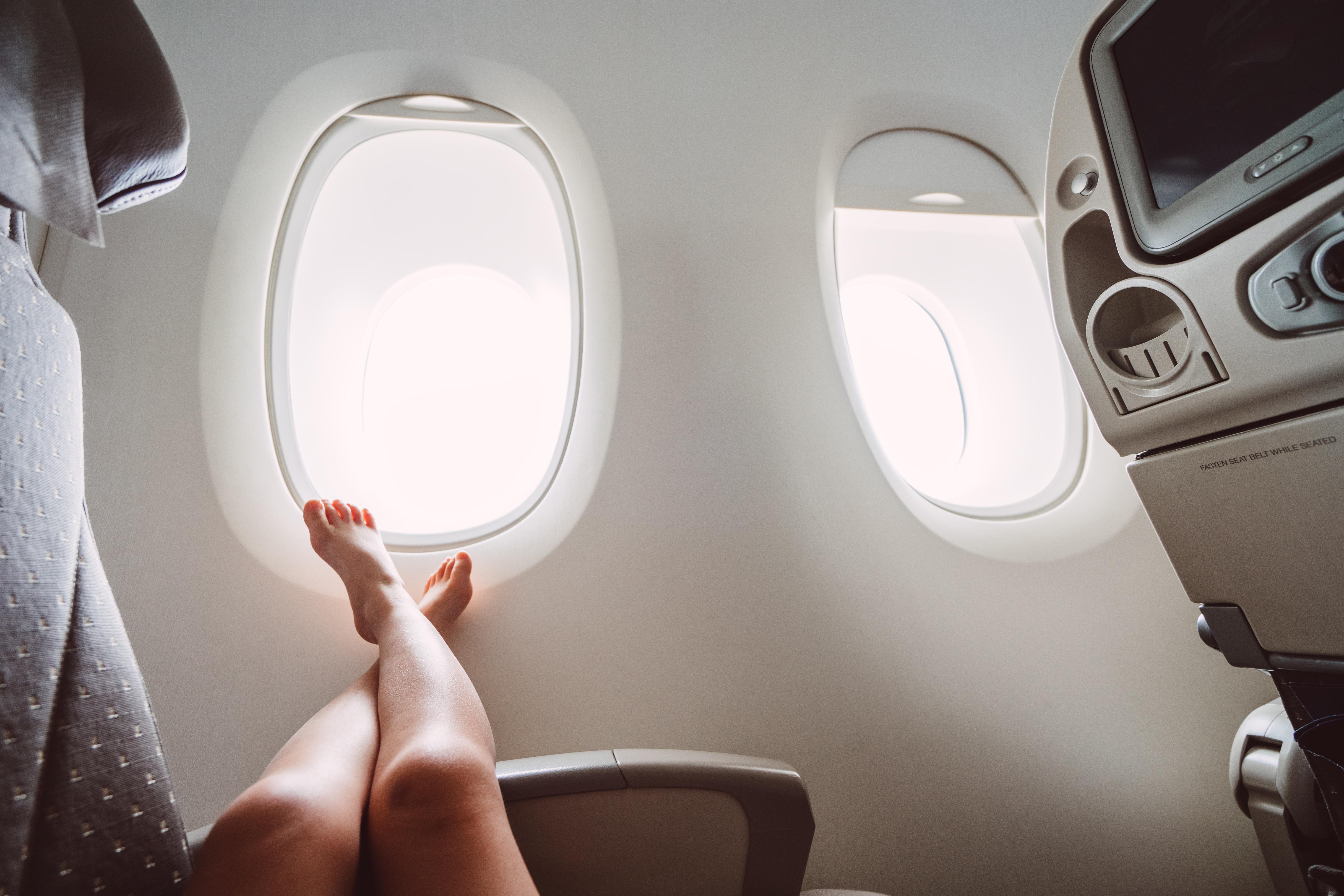 Amanda Pleva said in a post on Flyertalk: “In my 15 year-long career as a flight attendant, I’ve seen a steady rise in foot-related incidents.

"To avoid any confusion, I’ve come up with a handy list of places to never bear your bare feet, all of them locations in which they’re regularly found – feel free to print this up and laminate it if you’d like.

– The armrest*
– The seat back pocket*

– The headrest of the seat in front of you*
– The wall or bulkhead*
– Walking to the lavatory (this is more for your own personal well being, but it’s not much more pleasant as a spectator)
– Anywhere that’s possible for others to see or smell them
* Feet are not acceptable in these areas even with shoes on."

AirAsia, caught, flight, on, passenger, picking, plane, to, toenails, Vietnam
You may also like: