WITH ruddy cheeks, a rosy nose and an elf’s hat on, my ­husband is standing near a huge igloo and giggling about a Chilly Willy.

Chilly Willy is in fact Woody Woodpecker’s mischievous penguin pal, who has taken up residence at PortAventura near Salou in Spain, as part of the festively decorated fun park’s Christmas celebrations. 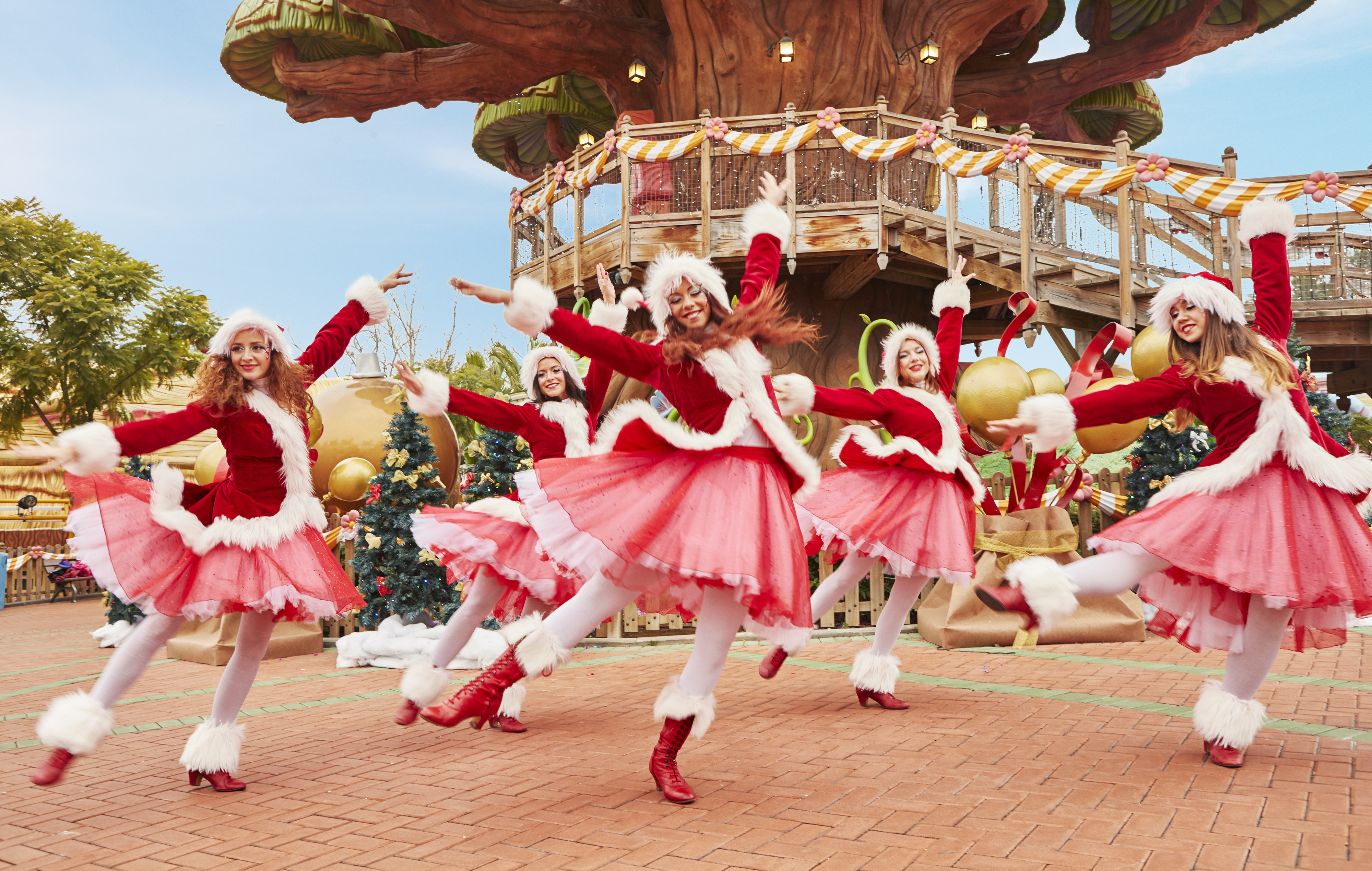 And to meet Chilly Willy, you must walk like a silly billy — waddling like a penguin along a snowy path to his igloo home. We had started the day at the new Street Mission 3D ride, which turned my highly competitive family into rookie snipers, firing away from our carriage at cookies.

It’s in the park’s ­Sesame Street-themed SesamoAventura, which boasts plenty more for nippers. If it’s more intense thrills you’re after at this 125-hectare park, you won’t be disappoint­ed.

My fear factor maxed out at clammy hands and a throat left raspy through screaming. I kept my eyes squeezed shut through terrifying rollercoaster Shambhala’s 249ft stomach-plummeting 80mph drop.

Dragon Khan’s twists and turns also proved a hit, as did Furius Bako, while our favourite, ­Stampede, left us giggling after galloping along its wooden  structure. After all that excitement it’s time to refuel — and a three-course festive feast at La Posada de los Gnomos will get even the most Scrooge-like into the seasonal spirit. 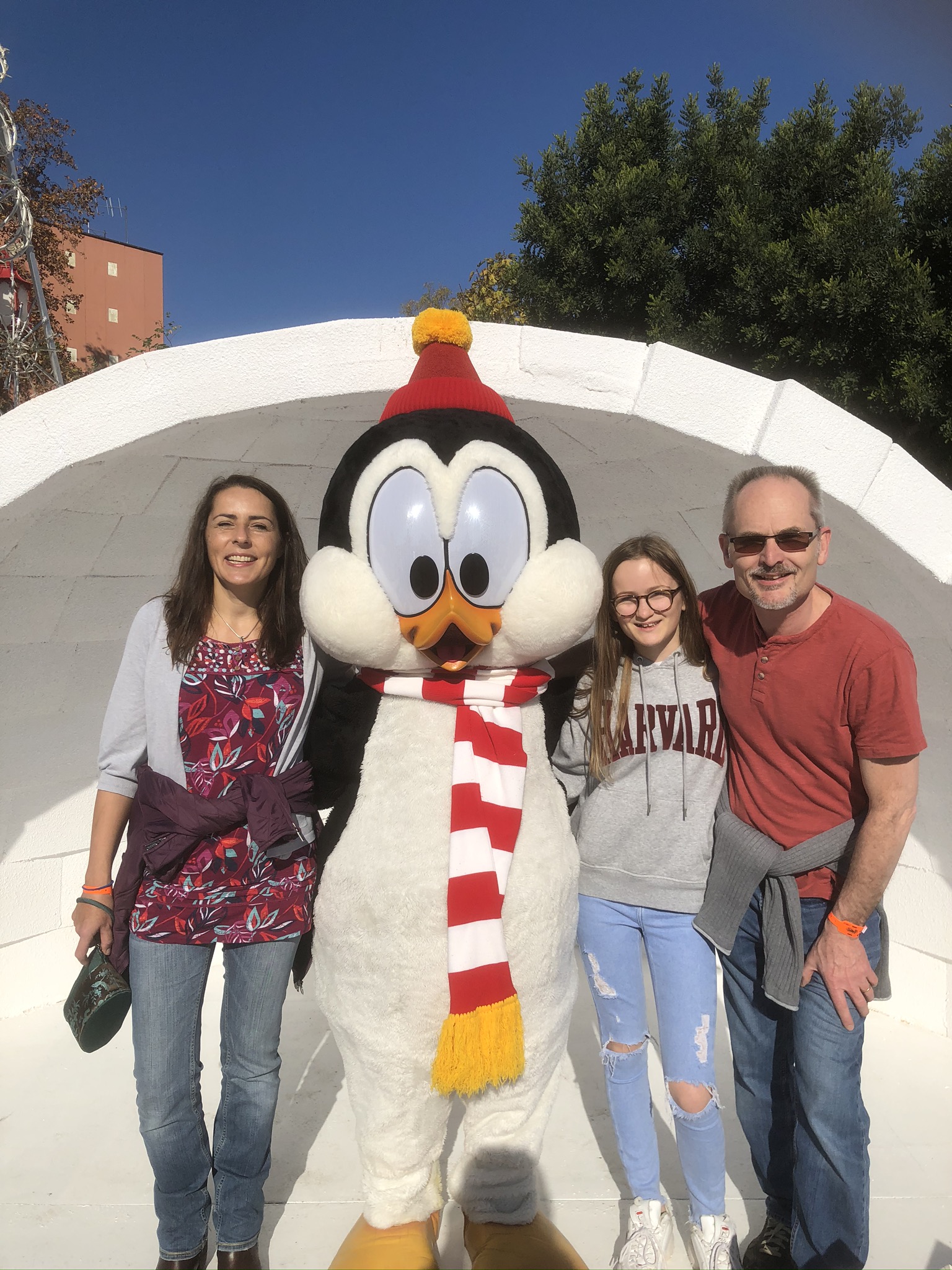 The restaurant is festooned with baubles and with the aid of LED screens, all the “windows” cleverly look out on to snow falling. As you dine, lively costumed entertainers dart around singing and conversing with each other.

And judging by the tone of the Spanish narrative, there’s trouble afoot. Us humans in a gnomes’ inn just won’t do.

I slide off to the loo — no way am I upsetting Santa this near to Christmas — only to return to find my ­husband Pete, and our kids Tom and ­Lottie wearing elf hats, their cheeks and noses glowing with rouge, as are ALL the diners.

Now they are disguised as Santa’s helpers, all is well. After heading off to meet Chilly Willy, we take in the Christmas World show — a 30-minute spectacle in the park’s 1,500-seater Gran Teatro Imperial. 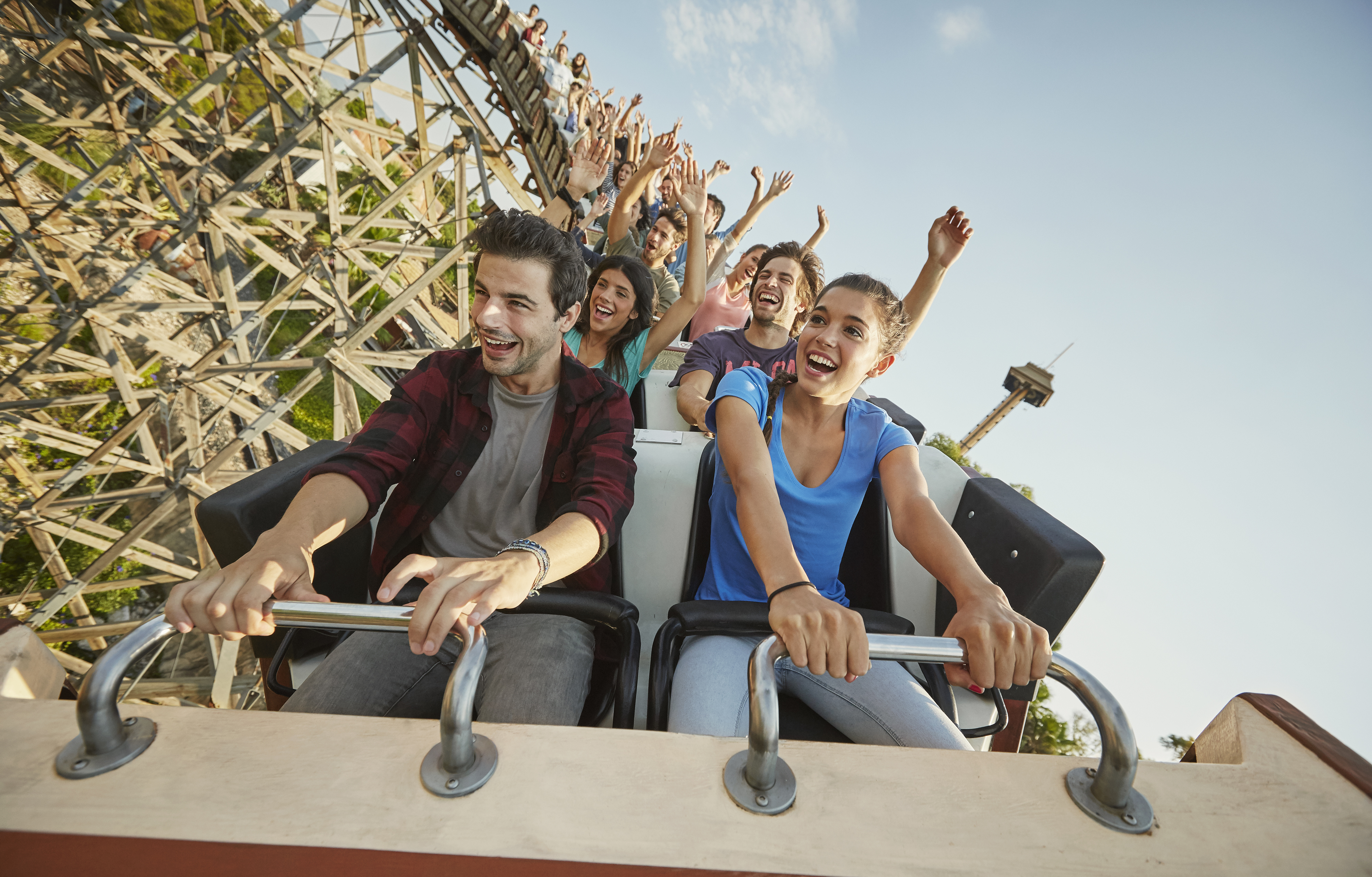 Forty performers sing and dance their way through fantastic routines, the highlight of which, for me, were the “Russian” acrobats who leapt, tumbled and glided in a brilliantly choreographed piece as Ra Ra Rasputin resounded. Mesmerising.

It’s one of a host of shows around the park — with birds-of-paradise spectacle Aves del Paraiso also well worth seeing. The beauty of the parrots, macaws, cockatoos and cassowaries transfixed us, while the host’s cheeky humour had us chuckling, transcending the language barrier.

In the neighbouring Ferrari Land, we skirted around Red Force, Europe’s tallest and fastest coaster, daring one another to take it on. But catapulting 112mph in just five seconds, to climb a 90- degree track, then plummeting 367ft vertically down the other side, is a scare too far.

Instead, we enjoyed a more sedate trip around the world on Flying Dreams before delving into the history of the iconic brand, and marvelling at some of the F1 cars up close, at Ferrari Land Gallery.

To end the day beautifully, it was back to the main park to join the throngs lining Main Street to see the colourful Christmas Parade, then the spectacle of fireworks over Mediterrania Lake. 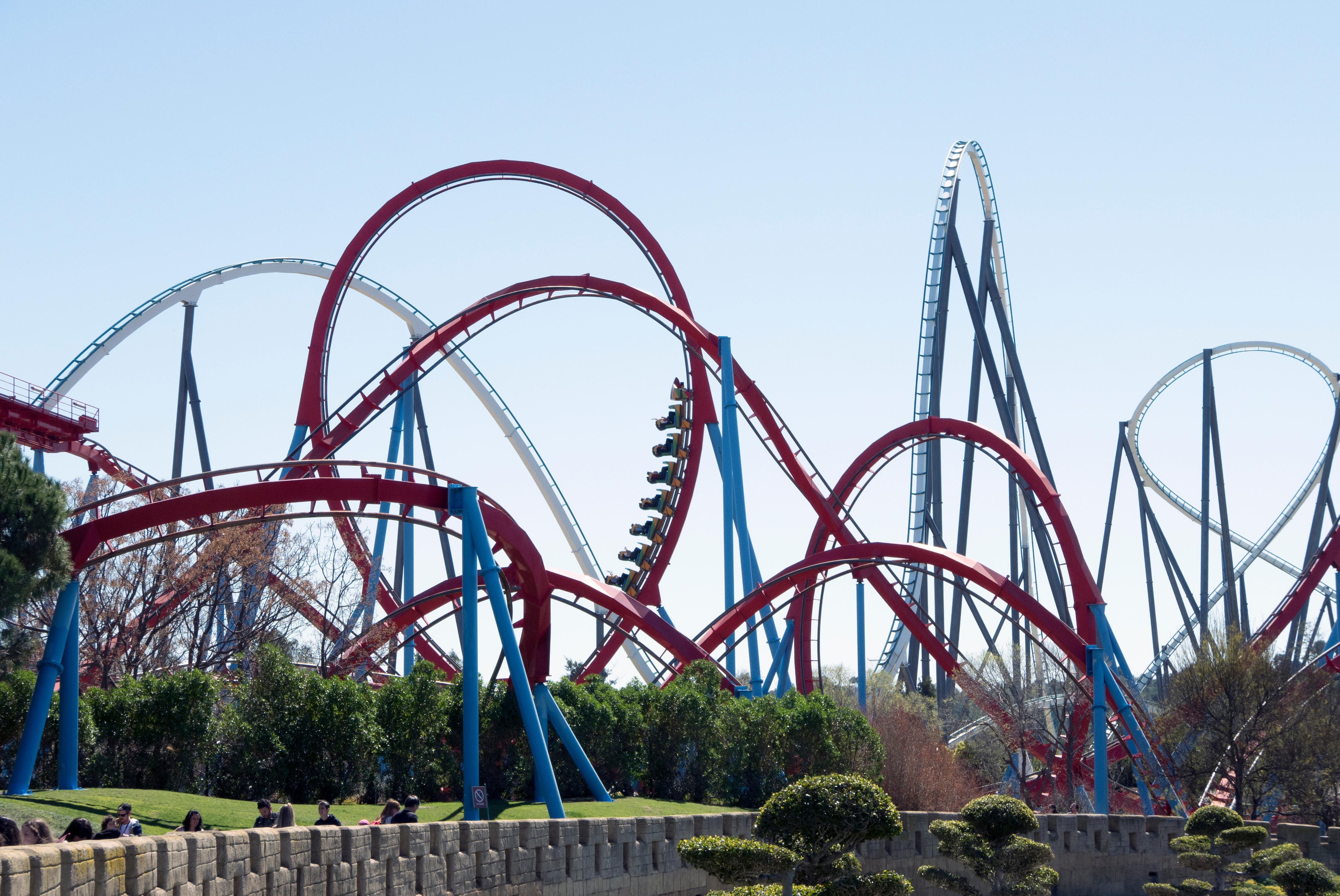 A short trek through the park and we were back at the Wild West-themed Hotel Gold River — one of six hotels at the resort — where we could even spot the sea, just 3km away, from our fifth-floor room.

The four-star hotel’s varied buffets — both breakfast and dinner — had something to suit all, but on our last night we headed to the opulently styled Grand Opera restaurant.

It’s one of more than 20 restaurants and 60 other eateries at the resort. And what a treat.

My salmon tartare starter was amazing, and the sea bream that followed was delicious.

While on PortAventura Park itself, the traditional Italian-style pizzas at Raco de Mar were a big thumbs-up from all my family.

The park’s Christmas celebrations continue until January 6, but sadly for us it was back to Blighty — a two-hour flight from Barcelona — and a temperature of 4C.  Chilly Willy, indeed.

GETTING THERE: Flights from the UK to Barcelona are from £18.99 per person one way. See easyjet.com.

STAYING THERE: One night’s B&B at the Hotel Gold River is from £41.25 per person, based on two adults and two children sharing and including tickets to PortAventura Park and Ferrari Land. See portaventura.com.

fun, has, in, PortAventura, spain
You may also like: