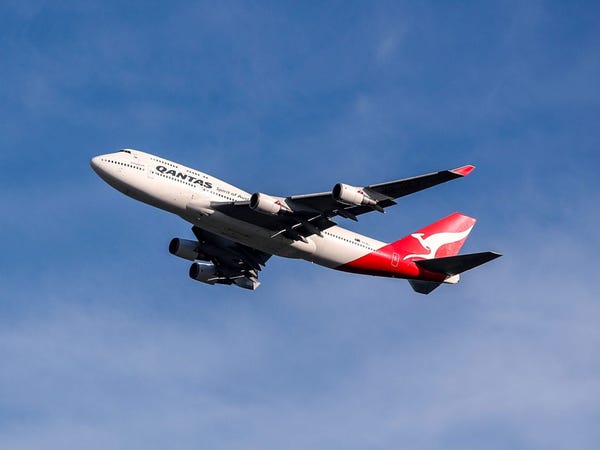 Qantas's "flight to nowhere" is one of the fastest-selling in the airline's history, with all tickets snapped up in 10 minutes.

The Australian flag carrier decided to launch a seven-hour scenic route around the country, which will both take off from and land in Sydney, amid ongoing travel restrictions.

Departing and returning on October 10, the flight won't stop anywhere, but gives passengers the change to enjoy views over Uluru, the Great Barrier Reef, and other landmarks.

"It's probably the fastest-selling flight in Qantas history," said a Qantas spokesperson.

"People clearly miss travel and the experience of flying. If the demand is there, we'll definitely look at doing more of these scenic flights while we all wait for borders to open."

The carrier has also enabled separate "joy flights" to take place to Antarctica.

Planes specially acquired for the planned UK-Australia non-stop route are being redeployed by Qantas on 13-hour non-stop roundtrips from Melbourne, organized by Antarctica Flights.

Much of the journey is over sea, with around one-third of it spent above the Antarctic continent.

"While over Antarctica, most passengers get up from their seats and move about the aircraft, allowing everyone on board to enjoy excellent viewing opportunities," says the company.

"The aircraft flies in long sweeping 'figure-eights' over various points of interest to allow these spectacular sights to be viewed from both sides of the aircraft."

Environmental campaigners have been highly critical of the "flights to nowhere" concept.

"It's a real indication of our addiction to flying that we would board a flight to nowhere," Anna Hughes, director of Flight Free UK, tells The Independent.

"We're often told that we can't live without flights because of what they give us in terms of experiencing and understanding other places and cultures. But all these flights give us is a shedload of emissions — something we can well do without at this crucial time for the climate."

The popularity of such trips is in part due to the fact that Australia's borders are currently closed to all inbound travelers bar Australian citizens, residents, and immediate family members.

Outbound travel is also prohibited unless citizens are granted an exemption.

Qantas has previously stated it does not expect to be flying any international routes before the second half of next year, except possibly to New Zealand.

The airline's revelation about international services suggests Australia will not open to visitors for the rest of this year nor the first half of 2021.