And there are lots of quirky, smaller UK theme parks out there which are a must-visit – including one based on ice cream. 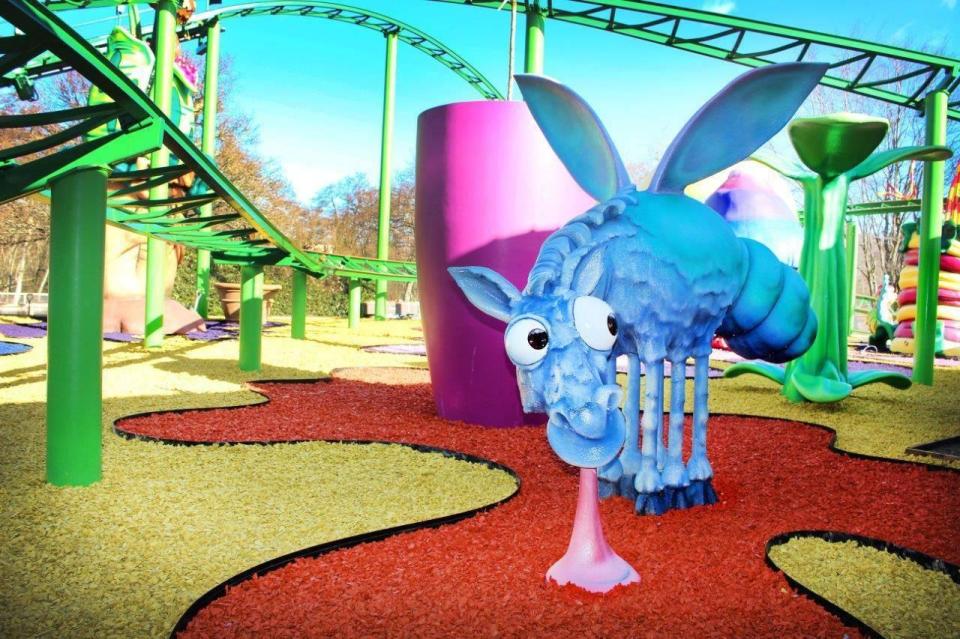 If you’ve already done the big ones like Alton Towers and Chessington World of Adventures then you’ll welcome a change.

Check out our list of the best quirky adventure parks in the UK below.

This family-run farm is so popular that it made it onto the list of the top 20 most-visited tourist attractions in Britain last year – with 821,000 visitors.

?NEW FLAVOUR ALERT ? Pink Bubblegum! Available by the scoop or in take home tubs… come and try it this weekend!

?NEW FLAVOUR ALERT ? Pink Bubblegum! Available by the scoop or in take home tubs… come and try it this weekend!

It had a £5million redevelopment in 2014 and is now the world's world's largest ice cream parlour and Europe's largest indoor sand and water play area.

And then there's all that ice cream to choose from – with over 50 flavours including sticky toffee pudding, bubblegum and honeycomb.

Stay at the Bull & Stirrup Hotel Wetherspoon in Chester city centre for £50 per room per night based on two sharing in July. 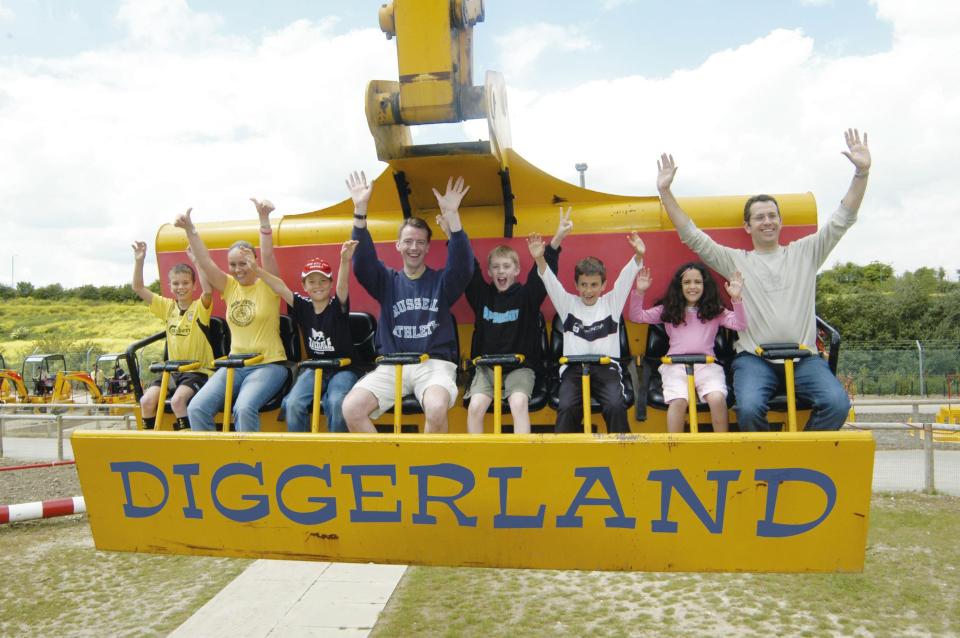 Kids and adults who are obsessed with diggers will go crazy for Diggerland, which you can find at four different UK locations as well as Strood – Castleford, Cullompton and Durham.

You'll get the chance to live out your Bob the Builder dreams by digging and playing on real JCBs and excavators.

You'll also find indoor and outdoor play areas – and even a merry-go-round made from an old digger.

There are also dodgems and go-karts and a Sky Shuttle where you can view the whole park from up above.

Stay at Greystones Bed and Breakfast in Rochester,  close by to Strood for £65 per night in July including breakfast, based on two sharing. 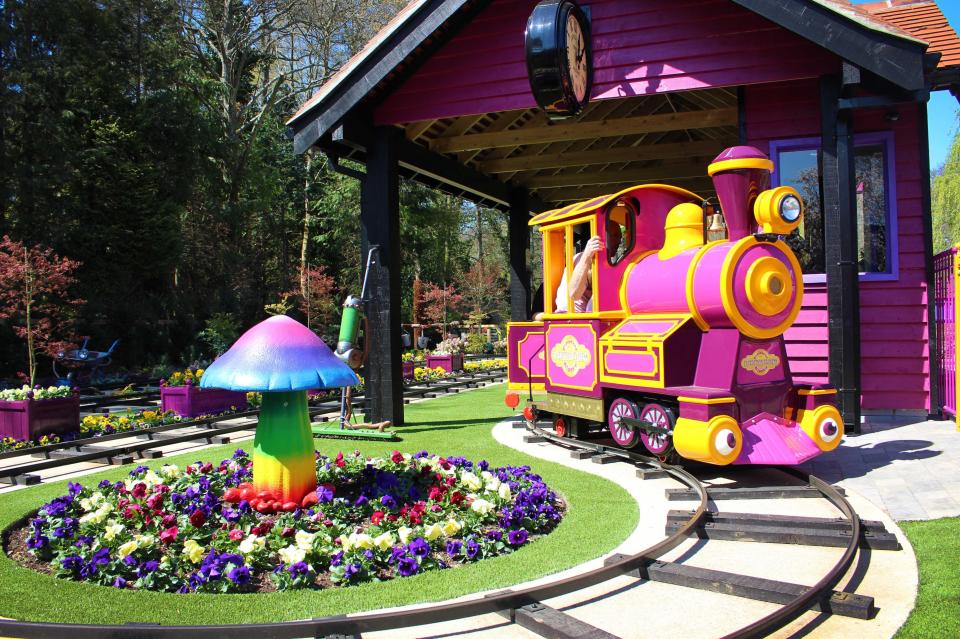 Getting kids familiar with creepy crawlies is a lot more fun when you add in rides and rollercoasters.

While kids are riding, they'll get to discover all about nature.

When they're off the rides there's the beastie burrow where you can meet bird as well as bugs – as well as the Curious Critter zone.

There are 70 more rides and attractions in the rest of the park, including the Flight of the Pterosaur rollercoaster which goes at 30 miles per hour and up to 1295 feet. 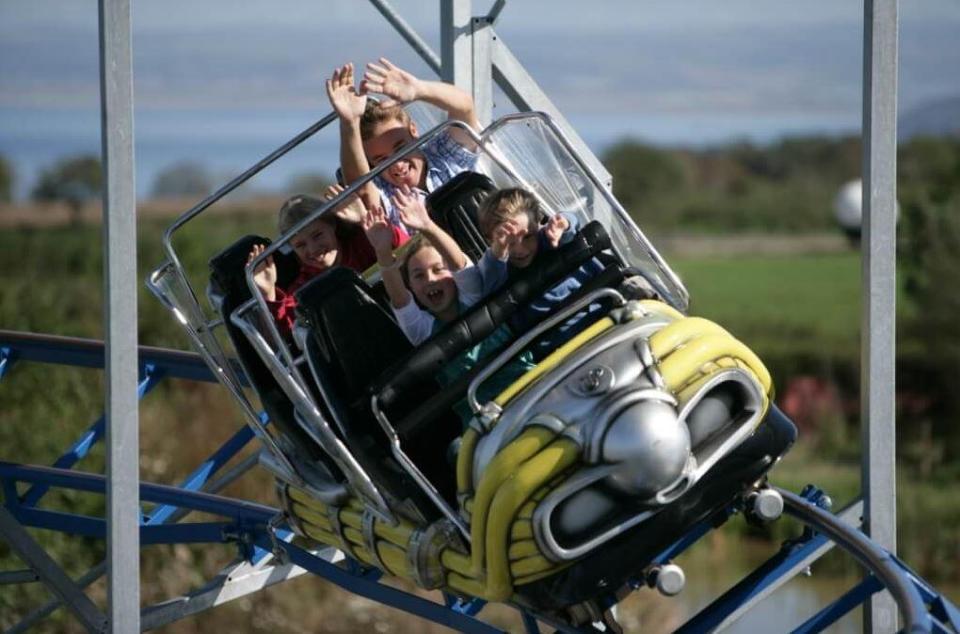 Kids who are obsessed with space will love this Devon-based park with specially-themed rides like the Cosmic Typhoon rollercoaster and Time Warp death slide.

There's a new ride for 2018 called the Gravity Rider, which is a 30 foot tall doughnut slide, as well as the Clone Zone – where you'll get to meet "aliens".

And there's sci-fi memorabilia where you can check out models of Darth Vader, the Daleks and R2D2 as well.

Science buffs will also want to check out the "nerd alert" science shows which run at the park from Easter until October.

It costs £12.95 for adults and children aged three-17 to get in and £6 for children under three. Book here.

Stay at the New Inn Hotel in Clovelly for £80 per night based on two sharing in July with breakfast included. 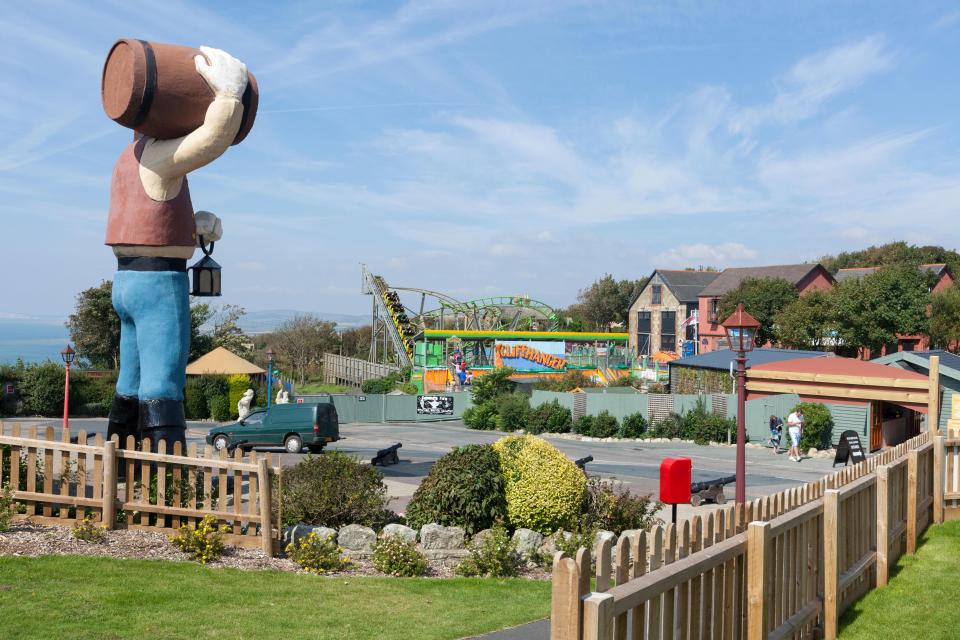 This park on the Isle of Wight is the oldest in the UK and has different themed zones, such as pirates, fairies and dinosaurs – so there's something for every child.

There are also views of the sea and the surrounding countryside from the park, which was founded in 1843 – where a smuggling trade once took place.

Rides include the Cliffhanger rollercoaster, which is right on the edge of a cliff.

There's also the Underwater Kingdom, where you'll help Giuseppe the crab find his missing crab children and explore a shipwreck on your way.

It costs £22 for entry for those aged over four. Book here.

Stay at the nearby Wight Mouse Inn in Chale for £99 per room per night based on two sharing in July, including breakfast. 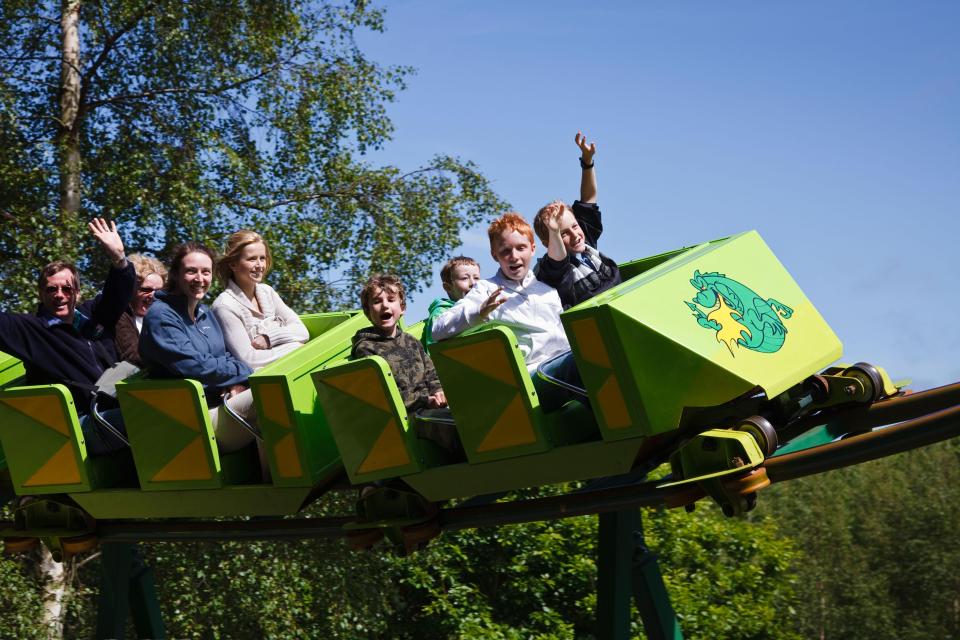 This eco-friendly park in Wales is "proud to be green", opening in 1993, with 80 per cent of the park's power coming from solar panels.

There's a rollercoaster called Green Dragon with a 360 degree loop as well as a solar-powered ride called the Solar Splash which is the first of its kind in the UK.

You can also ride tractors and have a go on the 70 metre Sledge Run down a hill.

Stay at the Padarn Hotel in nearby Llanberis for £81 per room based on two sharing including breakfast in July. 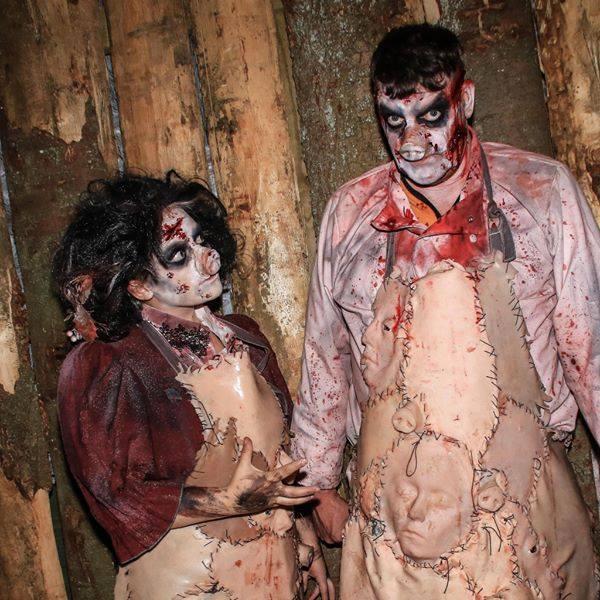 Book ahead now for this Halloween festival, which runs in October and will be perfect for Halloween – if you're prepared to be scared.

There are six different haunted houses to check out like the Ash Hall Penitentiary, which is a house of horrors based on cannibals, and not for the fainthearted.

There's also the Hoodoo Voodoo experience, where you'll find yourself in the Caribbean – surrounded by people who want to introduce you to black magic.

Those who aren't into clowns might want to stay away from the Curtain Chaos show – which even features zombie clowns.

Stay at Scalford Hall in Melton Mowbray for £43 per night based on two sharing in October. 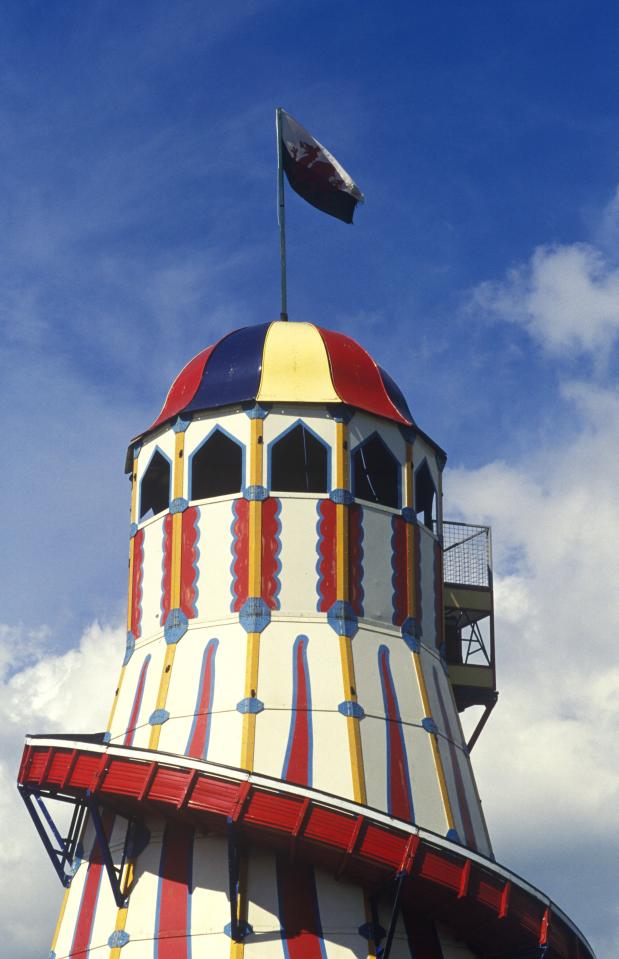 This park combines a zoo and a vintage fairground with many rides lovingly restored from across the years.

There's a giant big wheel, an Austin car ride, dodgems, waltzers and a caterpillar ride, to name but a few, which will keep kids entertained for hours.

The zoo houses 90 different species of animals, including lions, rhinos, penguins and giraffes, as well as zebras, meerkats and camels.

There's also a farm section to the park where you can pet animals and even hand-milk a goat.

Stay at the Greenhills Hotel in nearby Tenby for £70 per night for a double room with breakfast, based on two sharing in July. 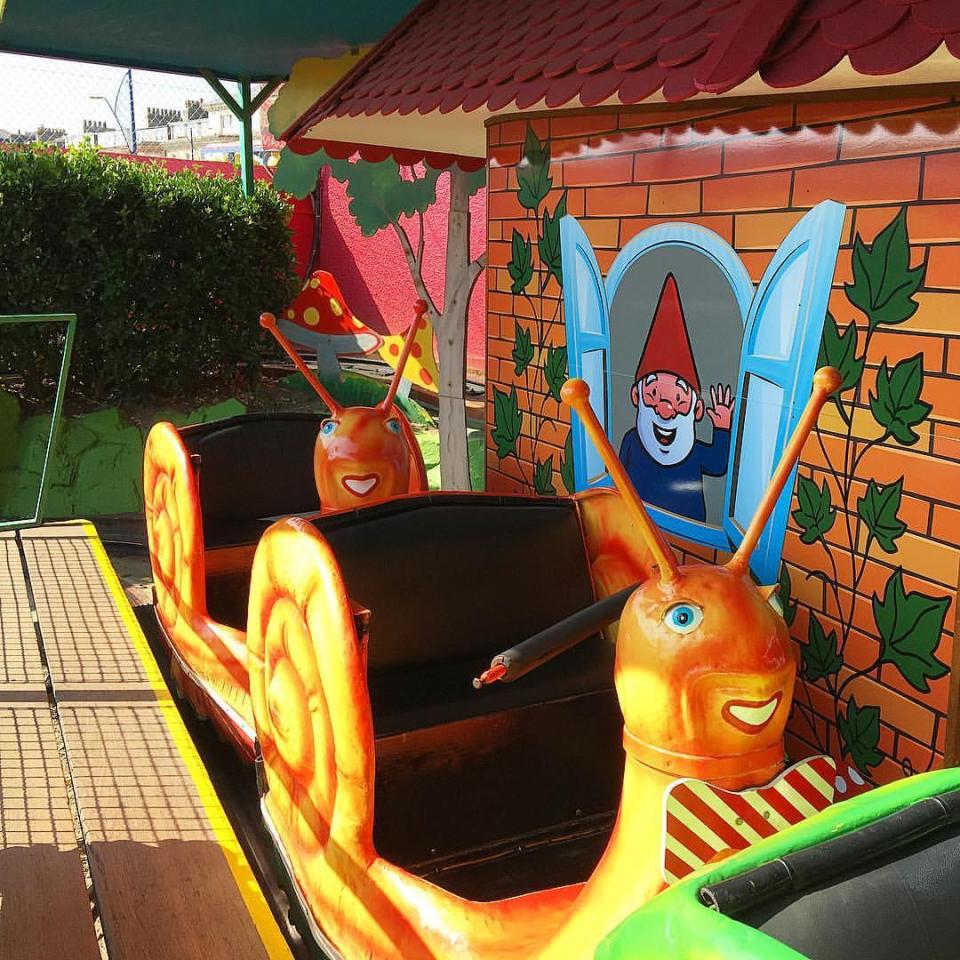 Originally opened in 1949, this vintage amusement park is next to the Britannia Pier in Great Yarmouth – and vintage rides like the "snails" are still popular today.

It's a smaller version of your standard amusement park and a little more low key for younger ones.

As well as the famous snails there's also the Tyrolean Tubs which spin as they whizz around a track, a pirate ship ride, a ferris wheel, a ghost train and an amusement arcade.

It's free to get in so you only pay per ride, which are as little as £1 each.

Stay at the St George Hotel Great Yarmouth for £63 per night per room based on two sharing including breakfast in July. 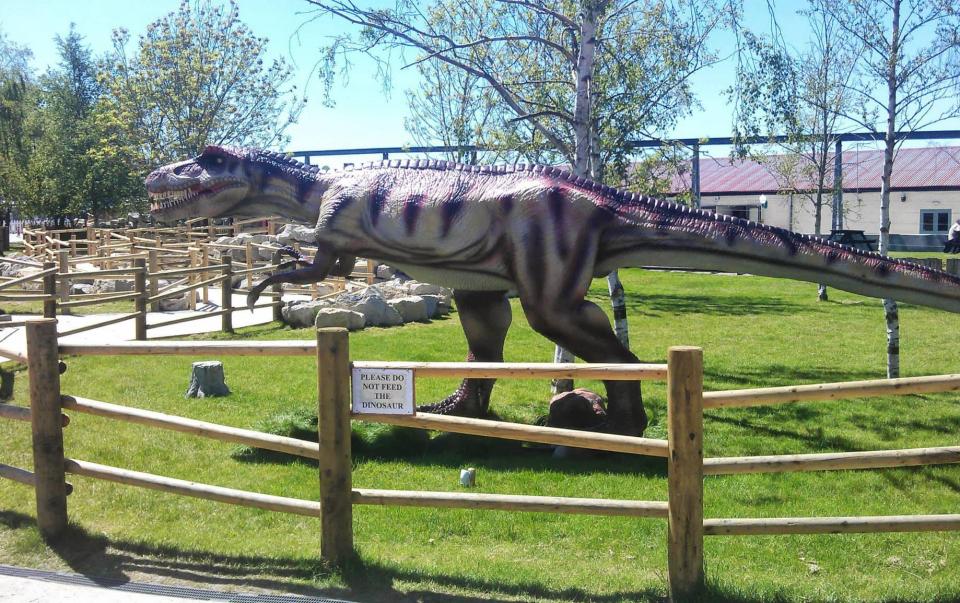 You can go back into prehistoric times and discover the world of dinosaurs at this zone in Yorkshire's Flamingo Land.

There are five different rides including the Pterodactyl which soars at 150 feet in the air – and several "junior coasters" including the Dino Roller and the Twistosaurus.

Kids will love the robotic models of dinosaurs which come to life and include the Triceratops, Allosaurus and the Brachiosaurus.

There's also the Dino Dig, where younger ones can excavate for fossils.

It costs £34 for adults and children over the age of four to get into the park – kids ages three and under get in free. Book here.

Stay at The Old Lodge in Malton for £75 per night for a double room in July. 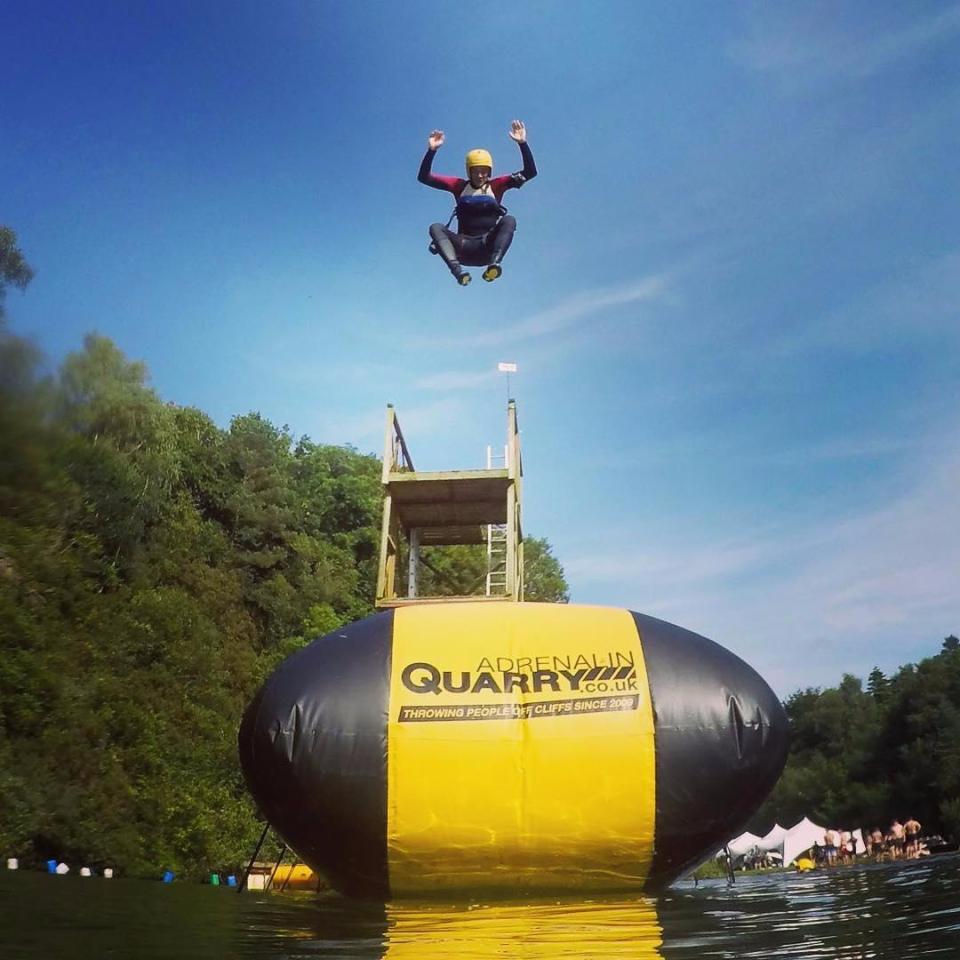 Those after a watery adventure will love this Cornish park which offers water assault courses – you can even jump off a cliff on a cable.

Wipeout at the Aquapark offers infatables which you need to scramble up and over, including trampolines, monkey bars and swings.

You'll need to bring swimmers and a towel and the park will provide wet suits and buoyancy aids.

There's also axe throwing, go karting and wild swimming as well as the Blob – the country's only inflatable human catapult.

You pay per water ride, with prices starting from £8 per person. Book here.

Stay at Nebula Guest House in Liskeard for £75 per night for a double room in July including breakfast.

Sun Online Travel previously revealed that the world's biggest bouncy castle is coming to the UK this summer for a tour.