Raise your glass to the new wine hotspot… Wales

Cheers! Raise your glass to the new wine hotspot … Wales (and it’s home to the first vineyard hotel in Britain)

Climate change, plenty of rain and lush valleys have all contributed to visionary vine-growers establishing a new wine hotspot – in Wales.

Thirty vineyards produce 150,000 bottles a year, some of them prize-winners and some even ordered by wine merchants in Bordeaux.

And now Wales can claim the first vineyard hotel in Britain too. 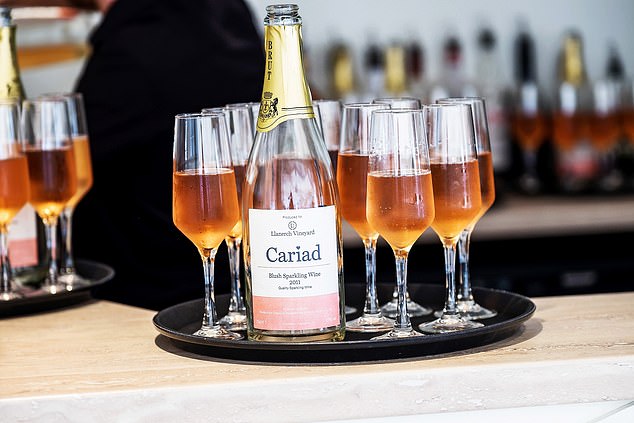 Five wines in the Cariad brand are produced at Llanerch, Wales’s largest vineyard

Bed down: Choose one of the six rooms from £75 per room a night (llanerch.co.uk).

This vineyard in the Brecon Beacons takes its name from the 1,300ft mountain that towers above it. There are sumptuous views across the Usk Valley.

On offer: Self-guided tours and wine tastings (from £3).

Cheers: Seven grape varieties are grown, including Regent and Reichensteiner, to produce three whites, a rosé, a red, and two sparkling wines. The sparkling white Hiraeth costs £20.95 and is one of Wales’s best fizzes (sugarloafvineyard.co.uk).

Bed down: The Angel Hotel, a former Abergavenny coaching inn. B&B from £95 (angelabergavenny.com).

Robb and Nicola Merchant planted vines on a 12-acre smallholding near Monmouth and realised their dream in 2009.

On offer: The couple also hold weddings in a 16th Century croft barn at the vineyard.

Bed down: B&B at the Hunters Moon Inn in Llangattock Lingoed, which dates from the 13th Century, costs from £85 a night (hunters-moon-inn.co.uk). 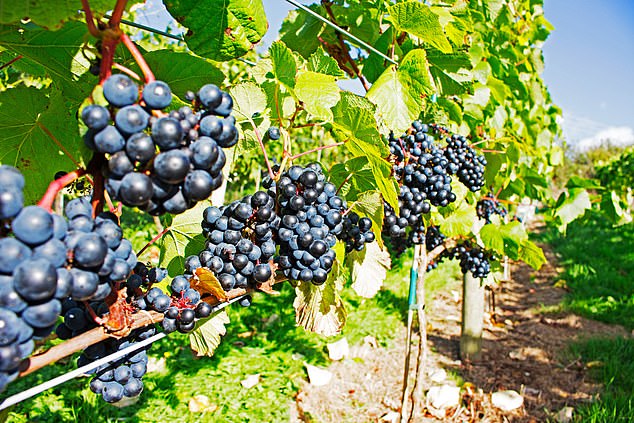 Prize winner: Gwinllan vineyard has been producing wine from 2015

This vineyard, nestling on the south side of Pydew Mountain, near the formidable Conwy Castle, has been producing wine from 2015 and is now winning prizes.

On offer: Self-guided tours are free or join an organised one with wine tasting for £15.

Cheers: From varieties suited to the soil and weather of North Wales, the owners produce five wines, including the £18 Rondo, a medium-bodied red (gwinllanconwy.co.uk).

Bed down: B&B at the grand Caer Rhun Hall costs from £90 (whisperhotelscollection.com).

A glorious south-facing vineyard looks towards illustrious Tintern Abbey, where monks once tended their own vines.

Bed down: You can take your dog to the Royal George Tintern where B&B costs from £79 (theroyalgeorgetintern.co.uk).

The incredible winners of the 2020 Drone Photo Awards

This Is the Happiest State in America in 2020, According to New Study