A COUPLE have been slammed for their raunchy behaviour after a woman was caught straddling her partner during a flight.

The amorous pair decided to get cosy as they kissed while the female passenger had her legs around the man sitting in the window seat. 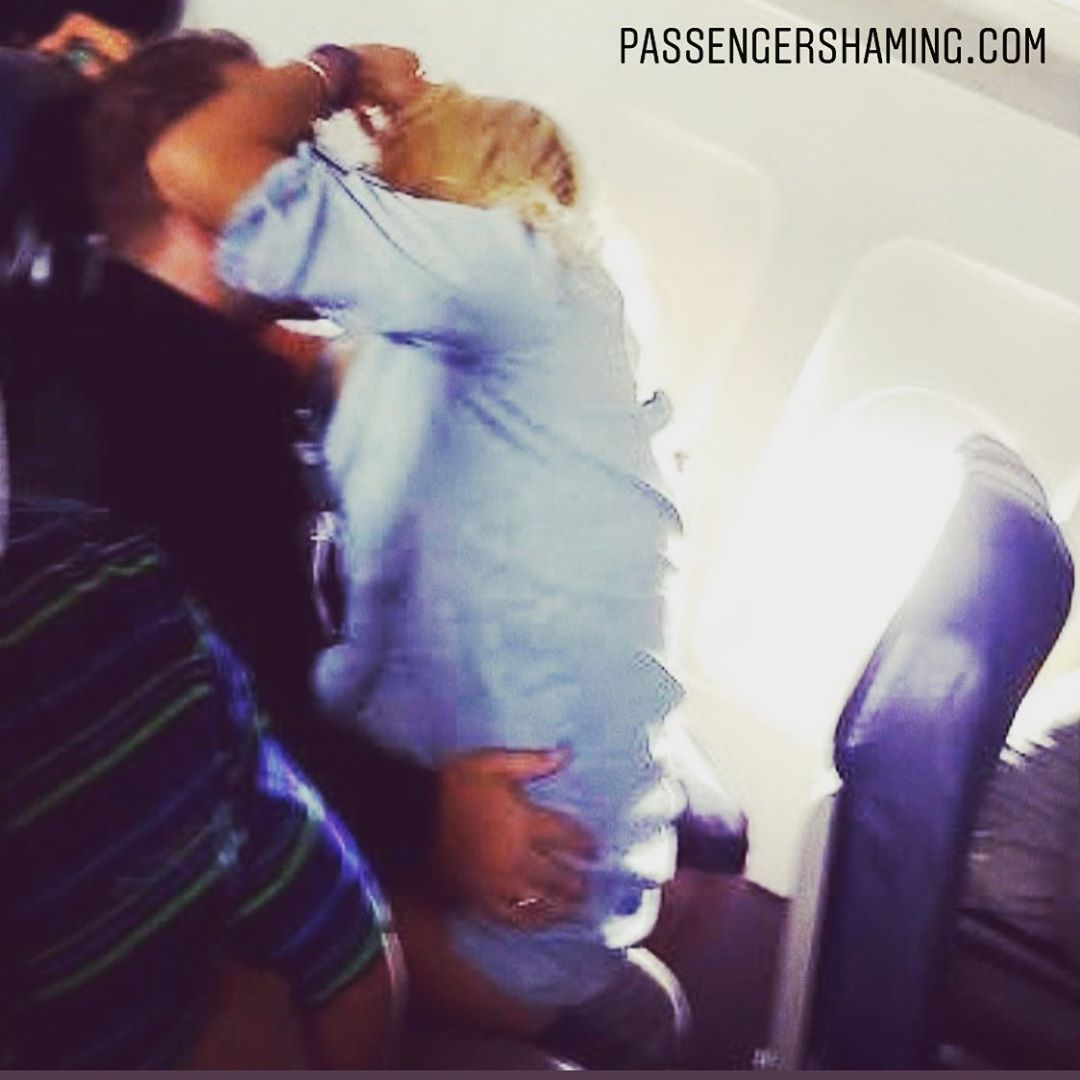 In the picture, the woman leans over her partner while holding onto the back of his seat.

The man is also holding onto the woman's hips as they appear to get close despite the busy flight around them.

The image was shared on an Instagram account called Passenger Shaming, which regularly posts people behaving badly while flying.

It has since been liked over 11,000 times – although most social media users were horrified by their actions.

One person wrote: "Are these people born without shame?!"

Someone else simply said: "Every time I travel, I like the human race less and less."

Another Instagram user noticed something awful – that she appeared to be trouser-less.

They asked: "She legit doesn’t have pants on. Who does that??!!" 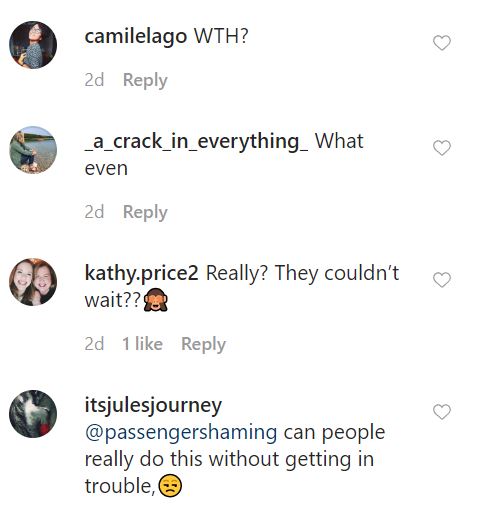 Others felt sorry for the other passengers around them, with one person writing: "Poor guy sitting next to them!"

However, not everyone was as horrified by what they were doing

One person commented: "That is hilarious…let them get their freak on they look happy…maybe a little drunk but happy."

Another person agreed with them, adding: "Who cares? Let them have fun."

Another couple were recently shamed after they were spotted in a heavy kissing session in front of one poor passenger.

Two travellers were embroiled in a global debate after the woman reclined her seat which lead to the man behind punching it.

The woman has since said she wants to press charges against the man.

couple, for, Gra, raunchy, slammed
You may also like:

Southwest Airlines comments on Utah monolith, offers silly explanation as to where it went

Life with the world's most isolated tribe

Where is Lapland UK and how much does it cost? Tickets, prices and opening dates – The Sun