Ryanair to cut 1,000 UK to Ireland flights over quarantine policy

Ryanair to cut up to 1,000 UK to Ireland flights over ‘ineffective’ Irish quarantine policy

Ryanair will cut up to 1,000 flights in August and September between the UK and the Republic of Ireland because of the latter’s quarantine policy, the airline has announced.

This will result in the loss of more than 200,000 passengers travelling to and from Cork, Shannon, Knock and Kerry, the low-cost carrier said.

The Republic of Ireland requires all travellers except those from Northern Ireland to self-isolate for 14 days on arrival. 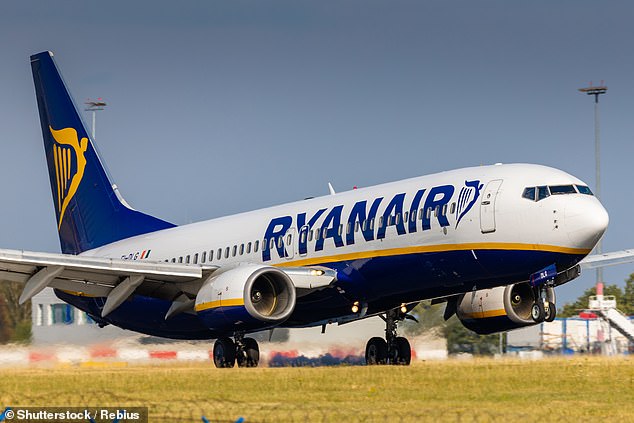 Ryanair has announced it will cut 1,000 flights between the UK and Ireland in August and September

Ryanair said in a statement: ‘Last week when the UK and Northern Ireland removed travel restrictions on short-haul flights to/from the European Union, Ireland became the only country in the EU with a blanket 14-day quarantine restriction on all arrivals from EU countries, most of which have lower Covid case rates than Ireland.

‘It makes no sense when governments all over Europe have opened up EU flights since June 1 and removed travel restrictions on intra-EU travel that the Irish Government continues to treat countries like Germany, Denmark and Greece as if they were suffering similar levels of Covid as the USA, Brazil and India.

‘Air travel between Ireland and the UK is being badly damaged by this ineffective 14-day quarantine.

‘Ryanair will significantly reduce its flights between Ireland and the UK in August and September, to reflect this suppressed demand.’

Support has also been given by Delta Air Lines – which owns 49 per cent of Virgin Atlantic – new private investors and existing creditors.

The deal must secure approval from creditors.

Virgin Atlantic is due to resume flights on Monday after suspending passenger services as a result of coronavirus.