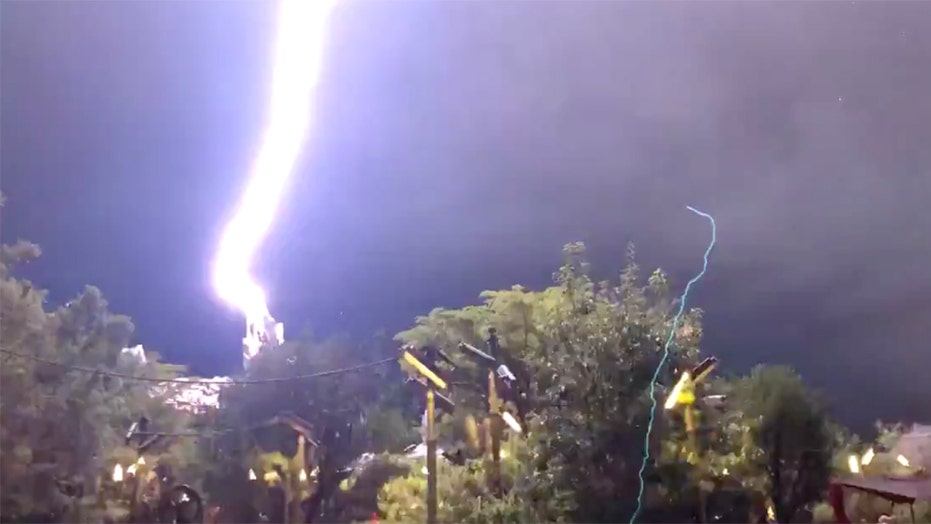 A guest at Walt Disney World Resort in Florida caught a dramatic lightning strike on video that reportedly temporarily shut down a ride.

WHY DISNEY WORLD RARELY EVER HAS A POWER OUTAGE

It was “pretty crazy,” Coppock tweeted.

A ride in the park, Star Wars: Rise of the Resistance, was temporarily shut down after the strike, Disney news website WDWNT.com reported. The ride reopened Wednesday. 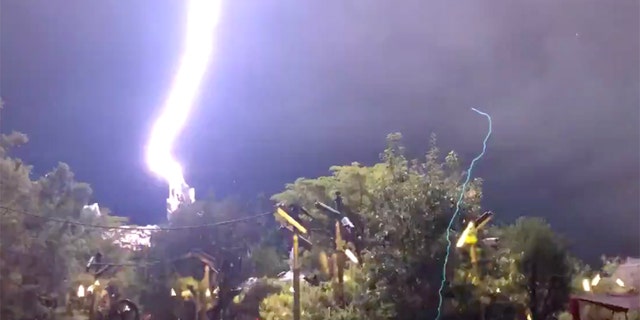 Disney has a network of lightning rods throughout its parks in order to deal with storms, according to the report. 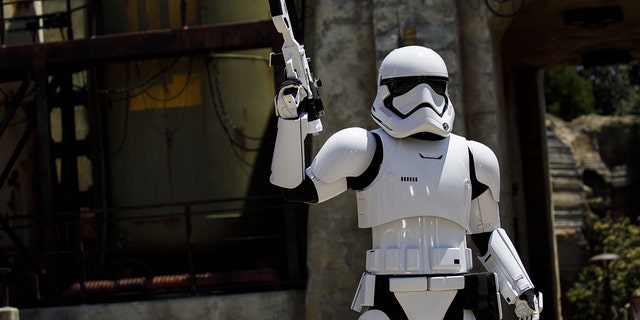 The highly-anticipated Star Wars: Rise of the Resistance opened last December. The 20-minute ride features a trackless vehicle that can follow different paths full of special effects and original scenes with actors from the movies.

The ride has been a hit with guests. However, the COVID-19 pandemic pushed Disney to temporarily close Disney World earlier this year. And even now, the resort is planning to scale back operating hours at the Florida theme parks due to coronavirus-related cancellations, Fox Business reported.

at, disney, ride, star, Wars, World
You may also like: