Follow
Home » Travel » Stunning photos show how vibrant colors and patterns are everywhere in Rajasthan, India, from the architecture to clothing

Stunning photos show how vibrant colors and patterns are everywhere in Rajasthan, India, from the architecture to clothing

Photographer Christine Chitnis spent years traveling across Rajasthan, India, capturing photos of the region's art, textiles, and architecture to include in her book, "Patterns of India." 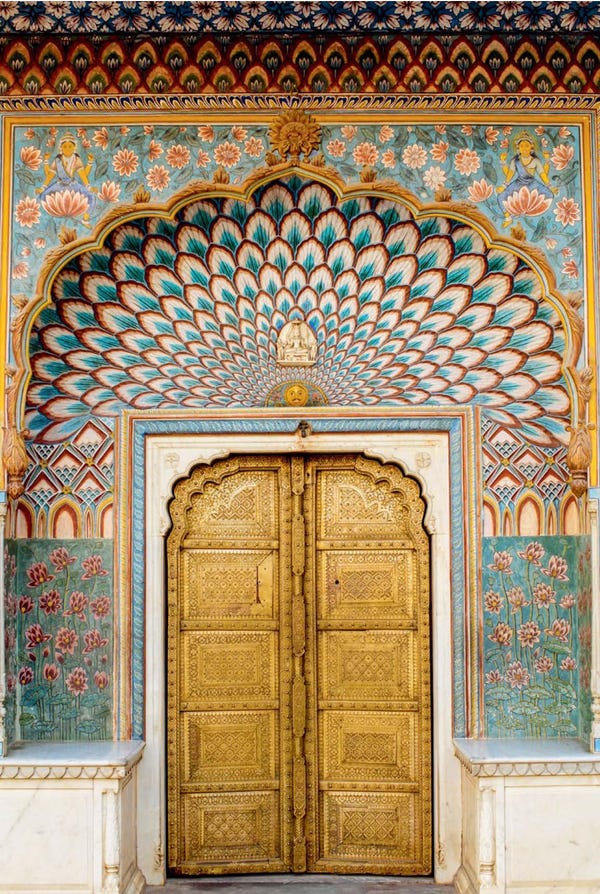 As a photographer, Chitnis says that she was instantly drawn to Rajasthan's "unique color wheel," and was especially captivated by "the way the same hues seem to echo throughout the country."

The photos in the book display the prominent colors of daily life in Rajasthan.

"I am drawn to beauty, color, pattern, and light," Chitnis told Insider. "I want my photographs to capture a sense of place, down to the smallest details that really make a story and location come alive."

She began the project shortly after getting married in 2009 and traveling to India to learn more about her husband's heritage. 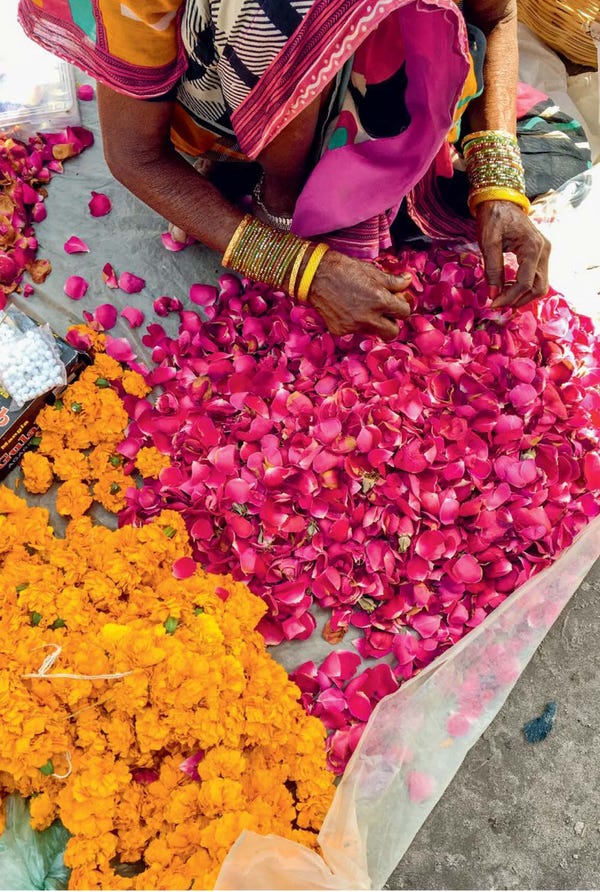 The author took her first trip to India more than ten years ago to explore her husband's Indian culture.

"My own travels through India have been deeply influenced by my husband Vijay's familial connection to the country," the author told Insider. "That trip planted the seed for a photographic series exploring the dominant color stories of the region."

During her frequent trips to India, Chitnis says she was able to gain an intimate perspective by experiencing everyday life in markets, temples, and friends' homes.

"This intimate perspective is what I hope to reflect in this collection," she added.

Her hope was to capture the unique relationship between the region's vibrant colors and patterned details. 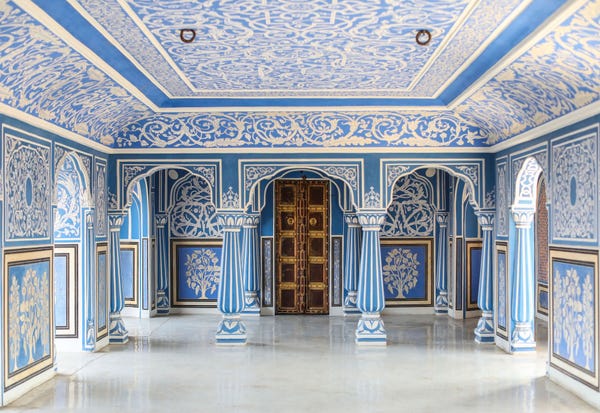 "Through the research and writing of 'Patterns of India,' I learned how color and pattern have a symbiotic relationship," Chitnis said. "And together through art, architecture, textiles, dress, and surface design, they bring to life the history and culture of the region."

Many of the photographer's images show the beauty of daily life in Rajasthan. 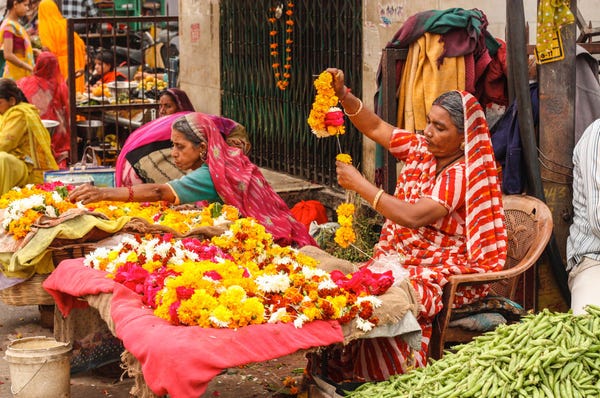 The visuals included in the book capture ordinary, day-to-day life in the region.

"To be a traveler is to pay heightened attention to the ordinary, and that is what I strive to celebrate in my photography: the ordinary moments that feel extraordinary," Chitnis told Insider. "India is indeed an extraordinary place, but it is also a place where people go about their daily lives."

In this photo, for example, Chitnis traveled to a market in the city of Udaipur, where she captured images of some of the market's street vendors. She noted that taking a trip to the market is actually a daily occurrence for most home cooks because they can purchase a variety of goods, including spices, snacks, fruits and vegetables, and flowers.

After photographing much of Rajasthan, Chitnis noticed that five colors were frequently found throughout the state: sandstone, marigold, rose, ivory, and royal blue. 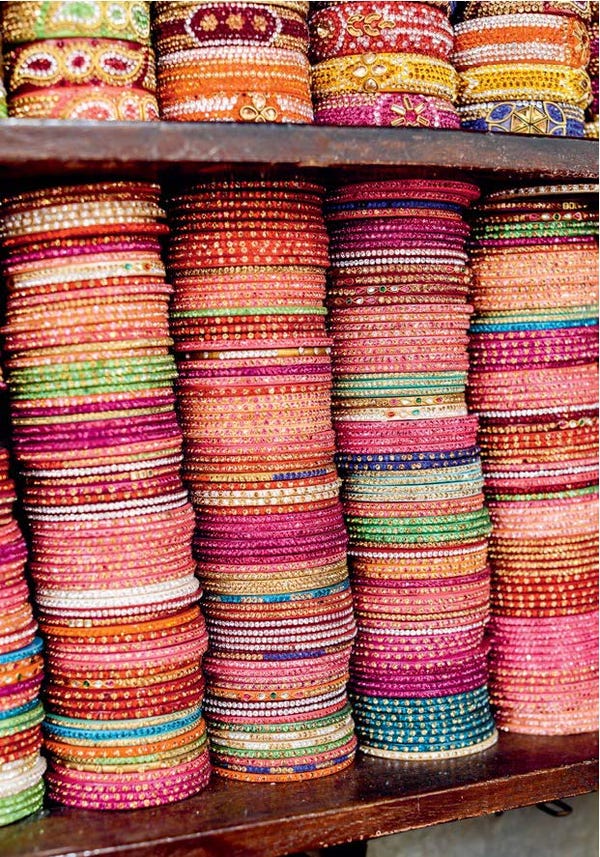 Each of the book's five chapters contains a collection of photos that have the same color scheme.

"As I combed through my archives trying to choose photographs to include in this book, one thing became clear to me," she wrote in the book. "Very specific color stories were at play in Rajasthan, and patterns occupied a central role."

This image of the colorful bangles is found in the "rose" chapter, along with other images of things that have a pink hue, like freshly dyed blush-colored fabrics or pink-tinged architecture.

Chitnis said she often made a rough itinerary that left plenty of room for detours while exploring. 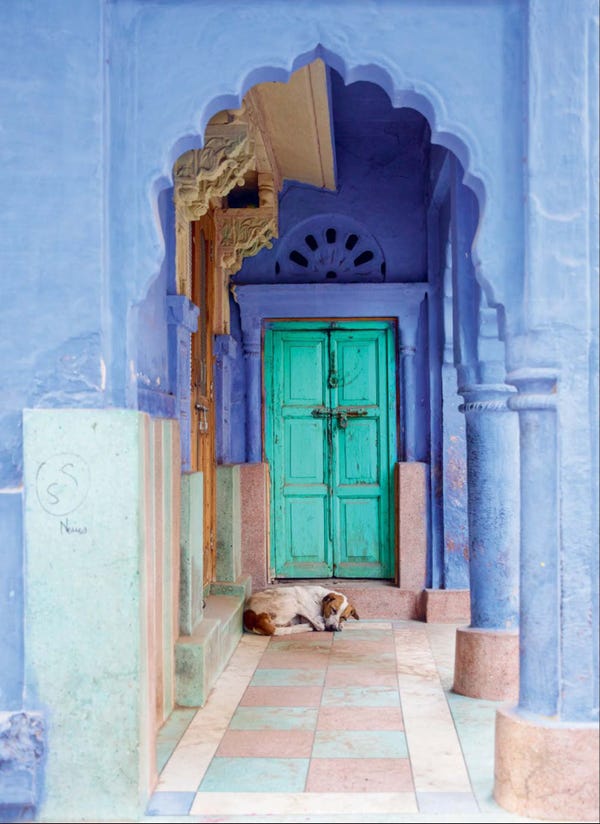 During many of her visits to Jodhpur — which is known as the "Blue City" because of its striking indigo-colored homes — Chitnis was traveling by car and didn't see a single blue building until she decided to get out and walk.

"Hours later, after ditching the car, I discovered that the famed epithet actually refers to Jodhpur's oldest quarters: a labyrinth of narrow streets accessible only on foot or by moped, motorcycle, or rickshaw," the author said in the book.

Chitnis also traveled to vibrant cities like Jaipur, the capital of Rajasthan, which is called the "Pink City" due to the number of buildings that are painted in the color. She also captured photos of the "Golden City" of Jaisalmer, which gets its nickname from the gold-toned Jaisalmer Fort that overlooks the town.

Chitnis said the reaction to her photos so far has been overwhelmingly positive. 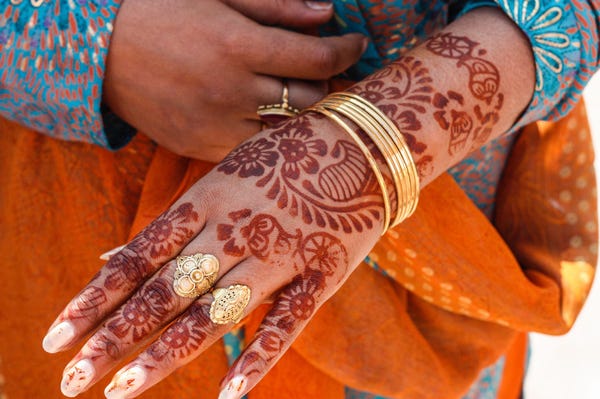 "A few of my favorite comments are from friends that have seen my book and told me that it immediately took them back to their time in India," Chitnis said. "I've heard this from friends that have visited India and those that have called it home. That's the highest praise I could ask for because I want the book to represent a traveler's experience, but also something deeper and more intimate."

Through her photos, Chitnis ultimately wants viewers to see the beauty of color and patterns in everyday life. 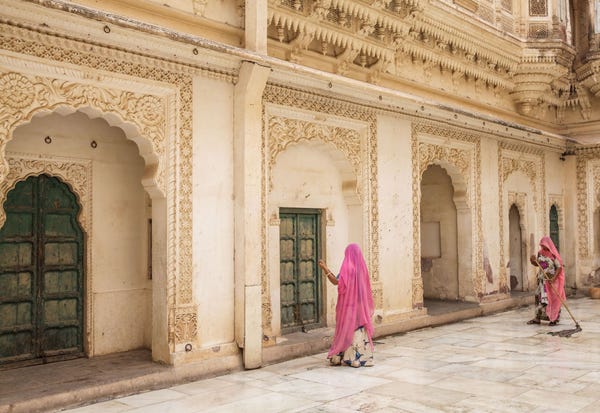 "I hope this book makes learning about the history and visuals of Rajasthan into an enjoyable and beautiful experience," she told Insider. "I hope this collection reminds you to look for the beauty that surrounds you, whether it is in the form of a magnificent architectural feat or a humble household object."

You can view more photos from Chitnis' "Patterns of India" by ordering the book here.