The amazing shortlisted images in a green-themed photography contest

Epic waterfalls and majestic trees: The incredible shortlisted images in a worldwide green-themed photography contest that will stir your soul

You might just be left green with envy at the stunning talent behind these photographs.

They are MailOnline Travel’s pick of the 50 images shortlisted in a contest called #Green2020 run by photo app Agora.

Agora asked photographers around the globe to send in shots that best showcase the ‘colour of growth and regeneration’. In total, 17,689 photos were submitted, with the competition judges whittling them down to 50 finalists. Agora users were then asked to vote for their favourite and overall winner.

The spectacular entries include a striking shot of dramatic mountains in Iceland, a fairytale-like image of a forest in Spain and a mesmerising aerial picture of a football pitch hidden among trees in a Moscow park.

Octavi Royo, Agora’s CEO & co-founder, said: ‘Green is the colour of hope because it is the colour of life. Thousands of photographers around the world have participated with their best photos of #Green2020. This powerful selection of images will stir your soul.’ 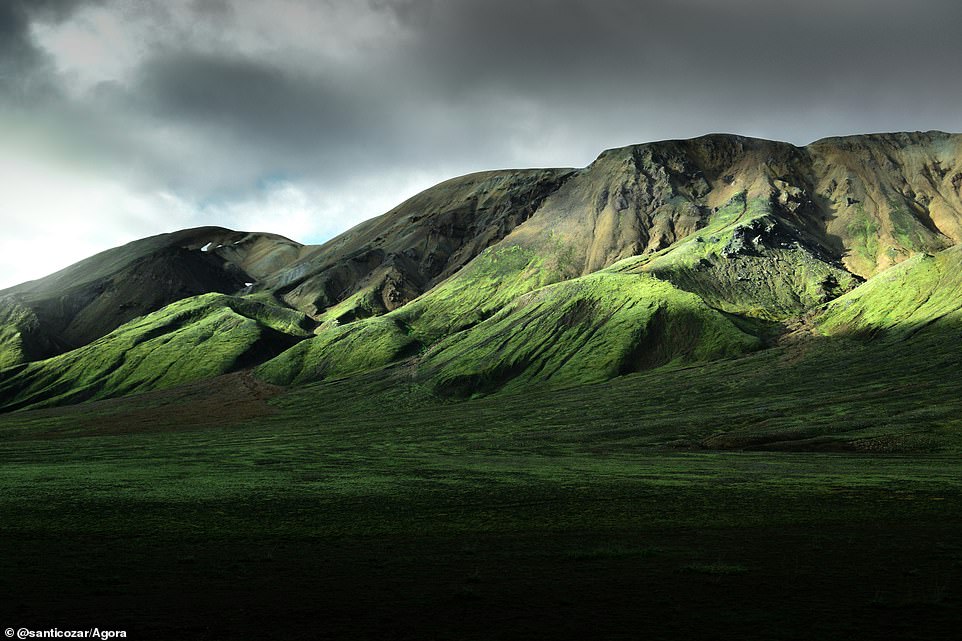 Santi Nieto, from the UK, snapped this striking image of dramatic mountains in Iceland. He called his photograph ‘Sunlight Painting the Mountains’ 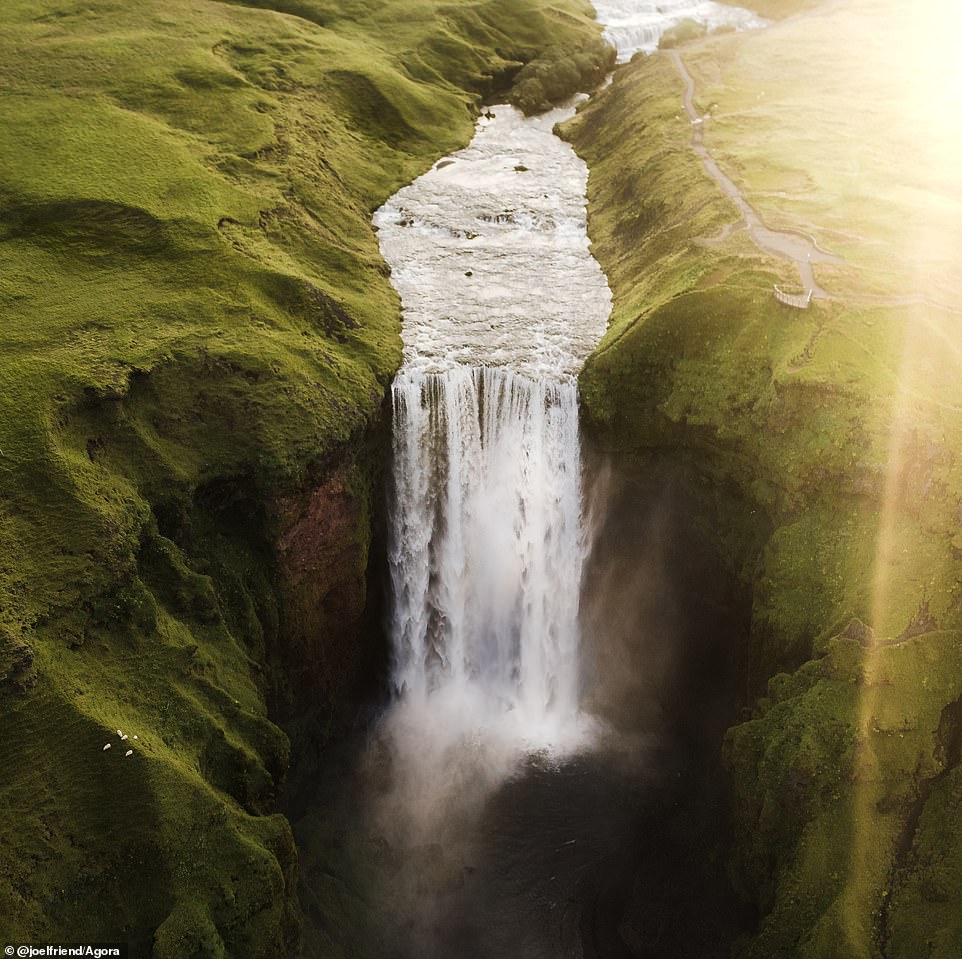 The epic Icelandic waterfall Skógafoss, captured in a jaw-dropping photograph by British photographer Joel Friend. He explained: ‘The golden light we got for this morning sunrise was crazy. I couldn’t have wished for better weather on my 10-day road trip around the land of fire and ice!’ 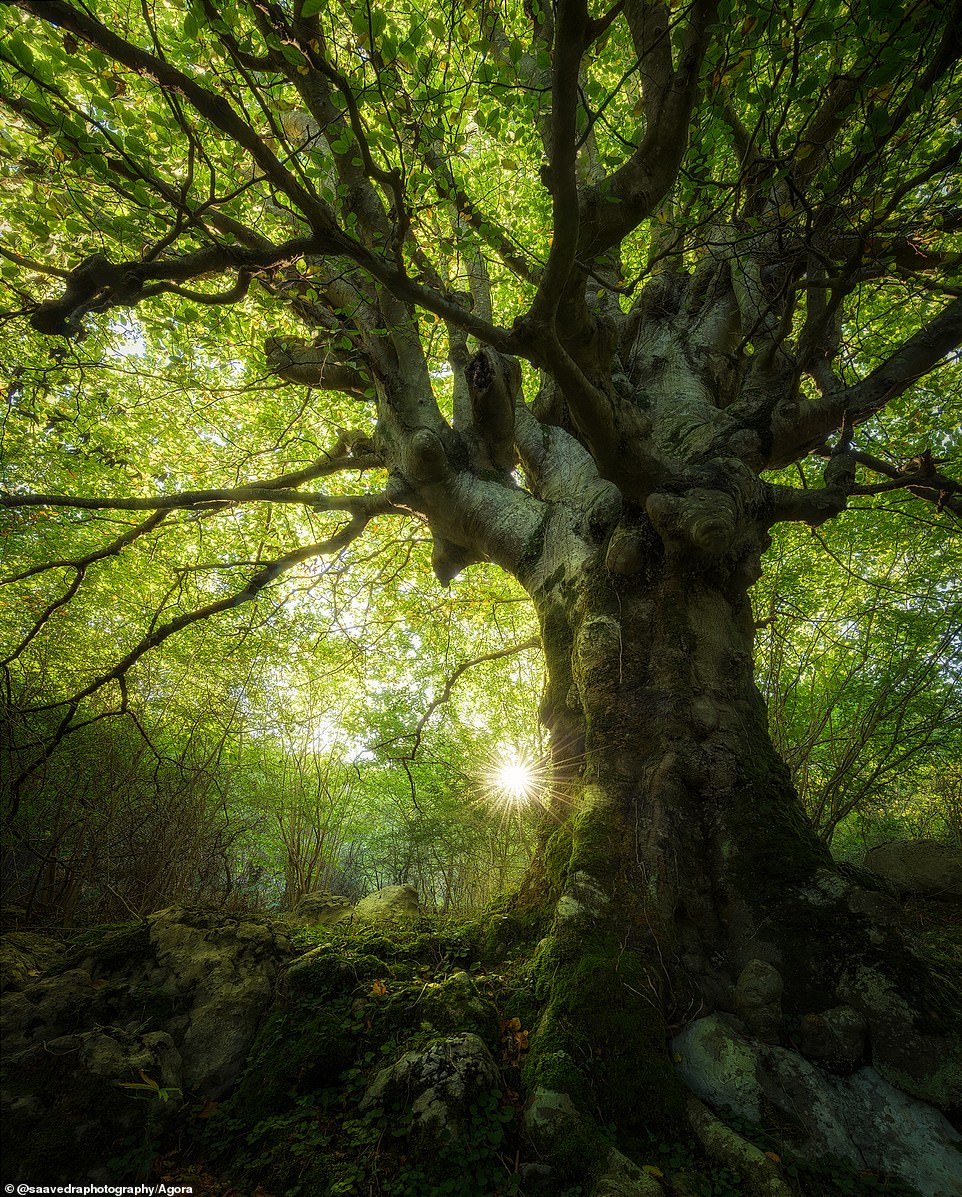 This fairytale-like forest scene was captured by Spanish photographer Sergio Saavedra Ruiz in Cantabria, Spain. He explained: ‘I wanted to portray the beauty of nature through a forest that looked like it was straight out of a fairy tale’ 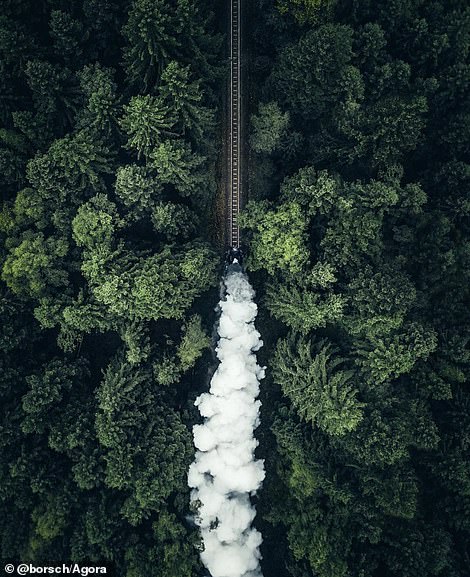 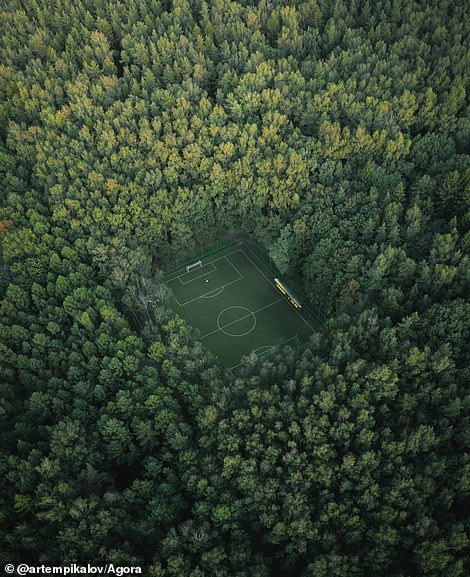 On the left is an amazing aerial image snapped in Germany by Russian photographer Yura Borschev. He said: ‘My drone caught this steam locomotive, built in the 1940s, approaching a railway station.’ On the right is another incredible aerial shot, this time showing Meshchersky Park, Moscow. It was taken by Russian photographer Artem Pikalov. He said: ‘This place is unique in its beauty. With this photo, I tried to convey the scale of a dense green forest and, of course, the hidden football field surrounded by the majestic trees’

For more on Agora visit agoraimages.prowly.com.