Fantasy-film photo: The incredible picture of a storm cloud in Arizona that looks like a giant DRAGON

No, it’s not a scene from a fantasy film. But it could be.

This incredible photograph of a cloud formation bearing an uncanny resemblance to a dragon was actually taken by top photographer Michael Shainblum near Tucson, Arizona. 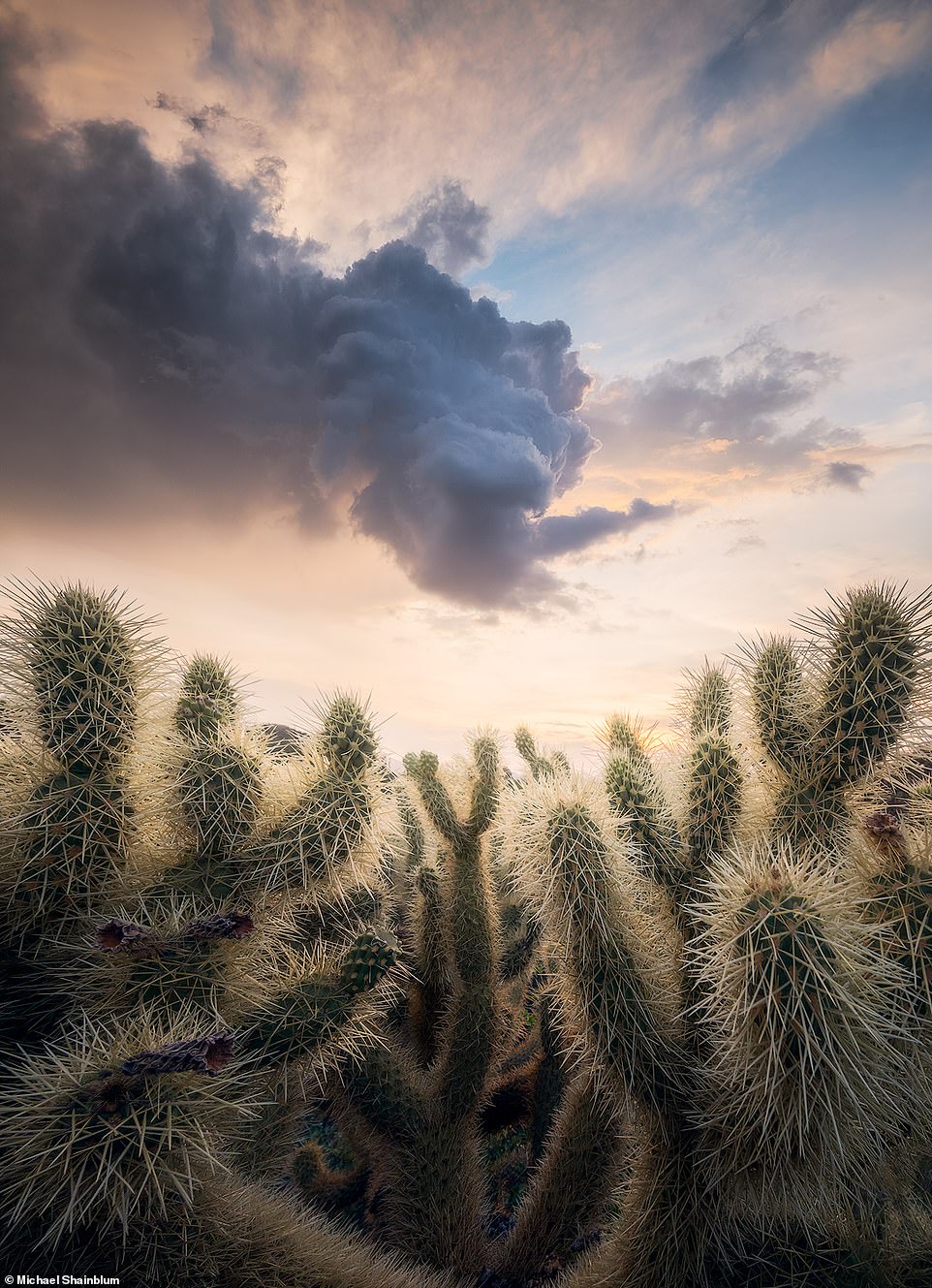 This incredible photograph of a cloud formation bearing an uncanny resemblance to a dragon was taken by top photographer Michael Shainblum near Tucson, Arizona

Michael, who hails from San Francisco, said that his main aim with the photograph originally was to ‘show something that was not ordinary’.

He said: ‘I didn’t want to just show cacti and a storm cloud. I wanted to alter the perspective using the wide-angle lens getting close-up into the cacti, kind of losing some of the context that would make you think, “Oh we’re just looking down a cactus and there’s a storm out there in the distance and we’re in Arizona.”

‘I wanted to create this sort of fantasy-like fairy-tale scene that allows the viewer’s imagination to create what it wants to create out of the scene.’

The dragon, Michael reveals, didn’t hang around for long.

He continued: ‘Afterwards, the storm faded. It was during sunset and these storms, they’ll start to form and sometimes they just die off, or they’ll turn into a monsoon storm and start shooting lightning everywhere.

‘And this one specifically died right after I shot this image. It started to fade, then it disappeared.’ 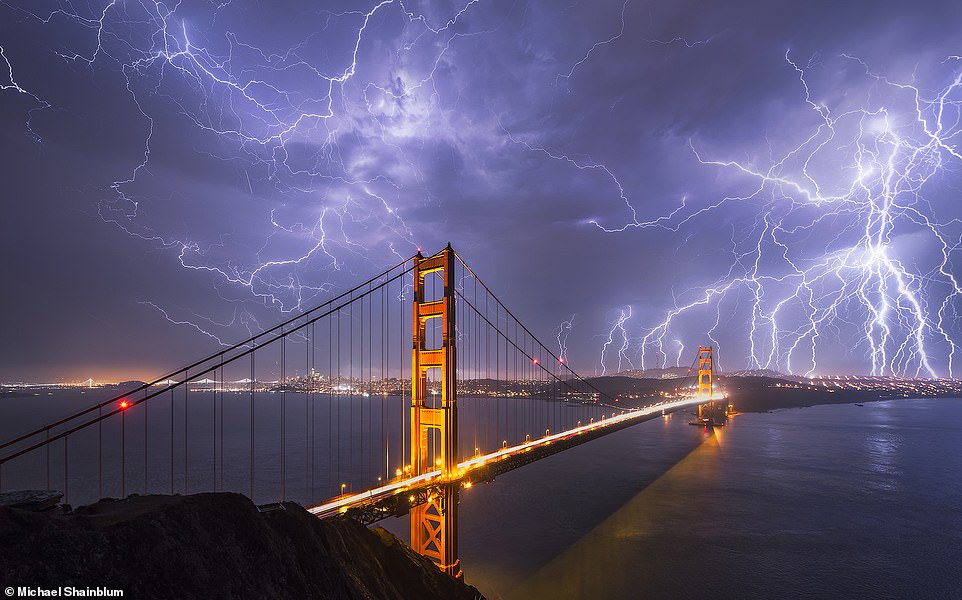 Michael explained that he’s not a storm-chaser per se, but does enjoy capturing storms, especially lightning – something he’s proven to be extremely gifted at 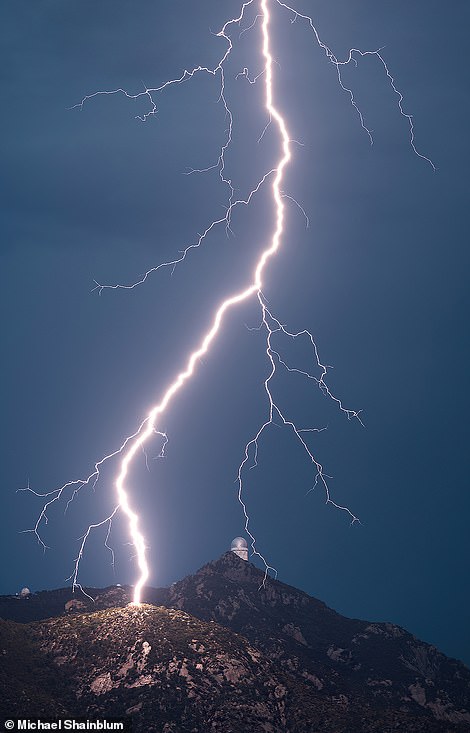 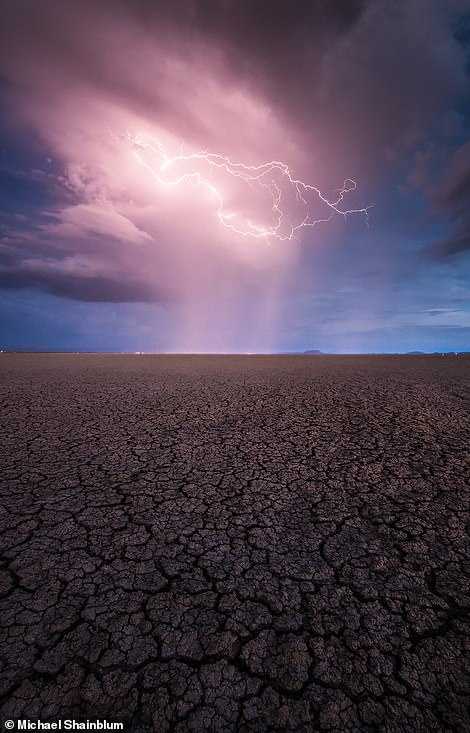 LEFT: Michael describes this as one of his favourite lightning strike photographs from his portfolio. It shows dramatic tentacles of lightning around the Kitt Peak National Observatory in Arizona. RIGHT: A sensational storm picture also taken in Arizona

Michael explained that he’s not a storm-chaser per se, but does enjoy capturing storms, especially lightning – something he’s proven to be extremely gifted at, as the pictures we present here show.

He’s captured lightning hitting the top of the world’s tallest building, the Burj Khalifa, and some sensational lightning images in Arizona.

He said: ‘Storm-chasing is certainly something I’d like to do a little bit more of in the future. I have done a bit of storm photography throughout my career with my friends Kelly DeLay and Mike Mezeul, both of whom are storm chasers. 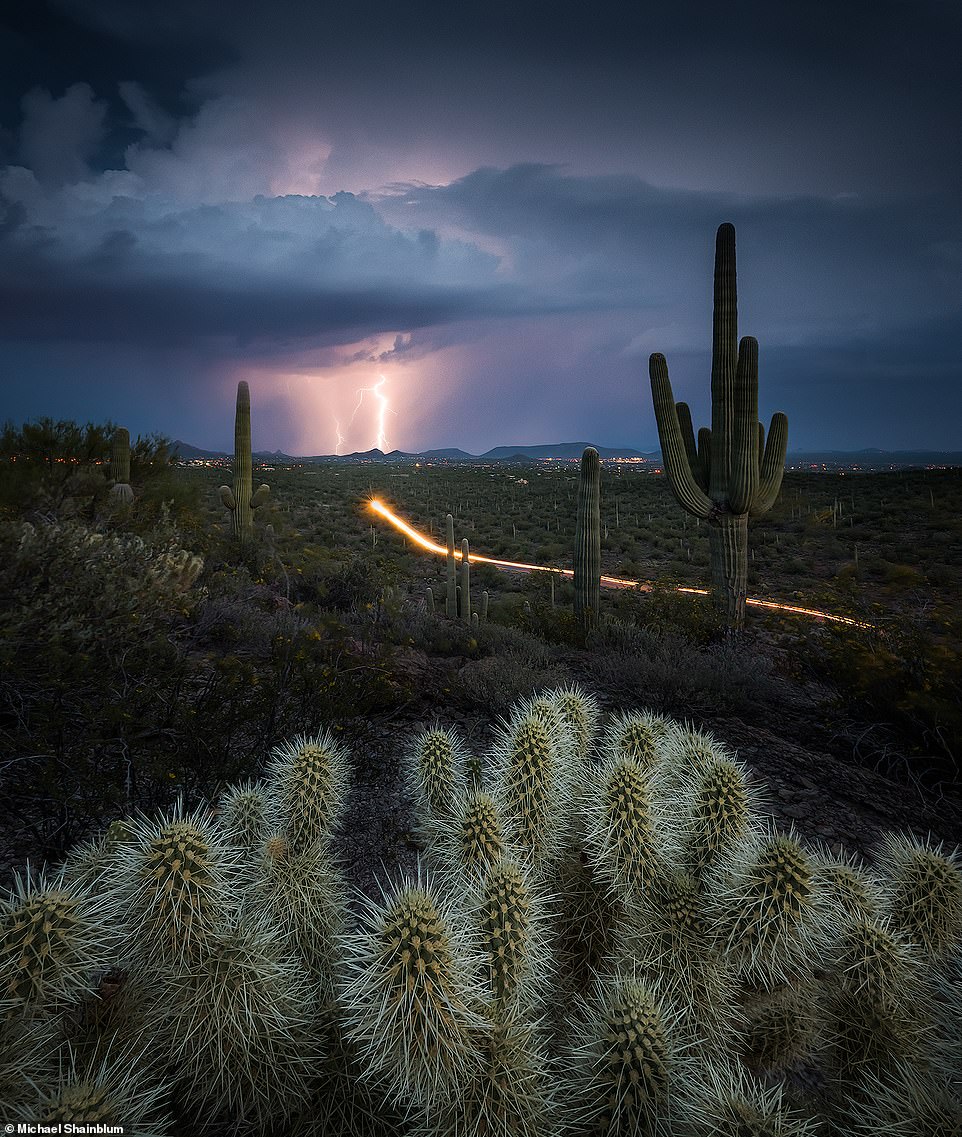 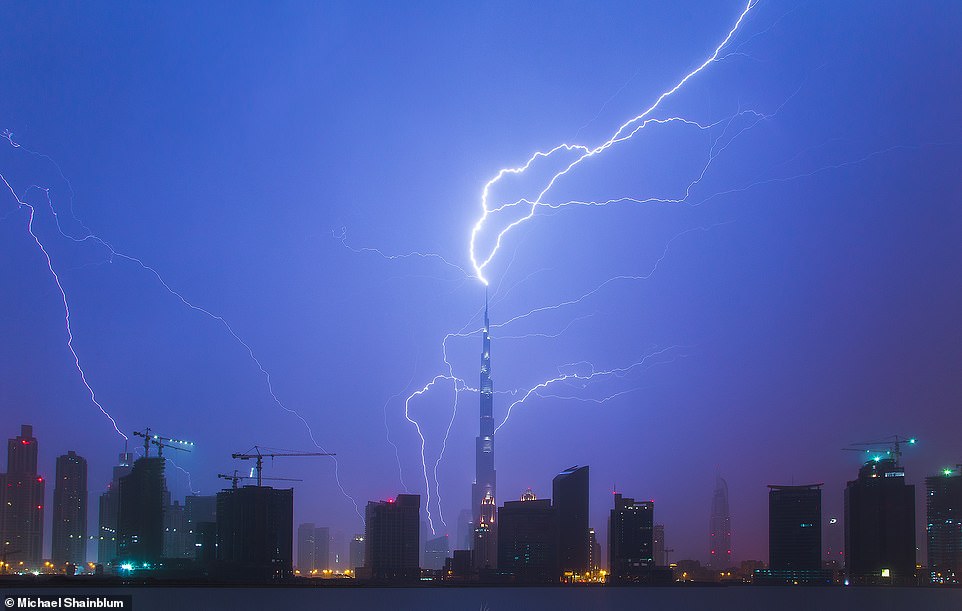 ‘It’s always been that a storm has come to the place that I’m photographing and I know how I want to photograph it. Storm chasing is very different from the way I usually operate.

‘I take a long time to pick my composition. I sit at the location for a very long time, just hanging out, waiting for the right moments.

‘Lightning is incredible. Just the power of it, the sounds, the whole experience. But, you know, really any storm, like the start of a tornado, is beautiful to witness.’

To go behind the scenes of Michael’s dragon and lightning photographs, watch this YouTube video. For more on Michael’s amazing photography in general visit his website and his Instagram page.