HOLIDAYS to Greece could happen sooner than you think as the country looks to welcome Brits back this month.

While social distancing measures will still be in place, the country has lots of islands where you will see hardly any tourists. 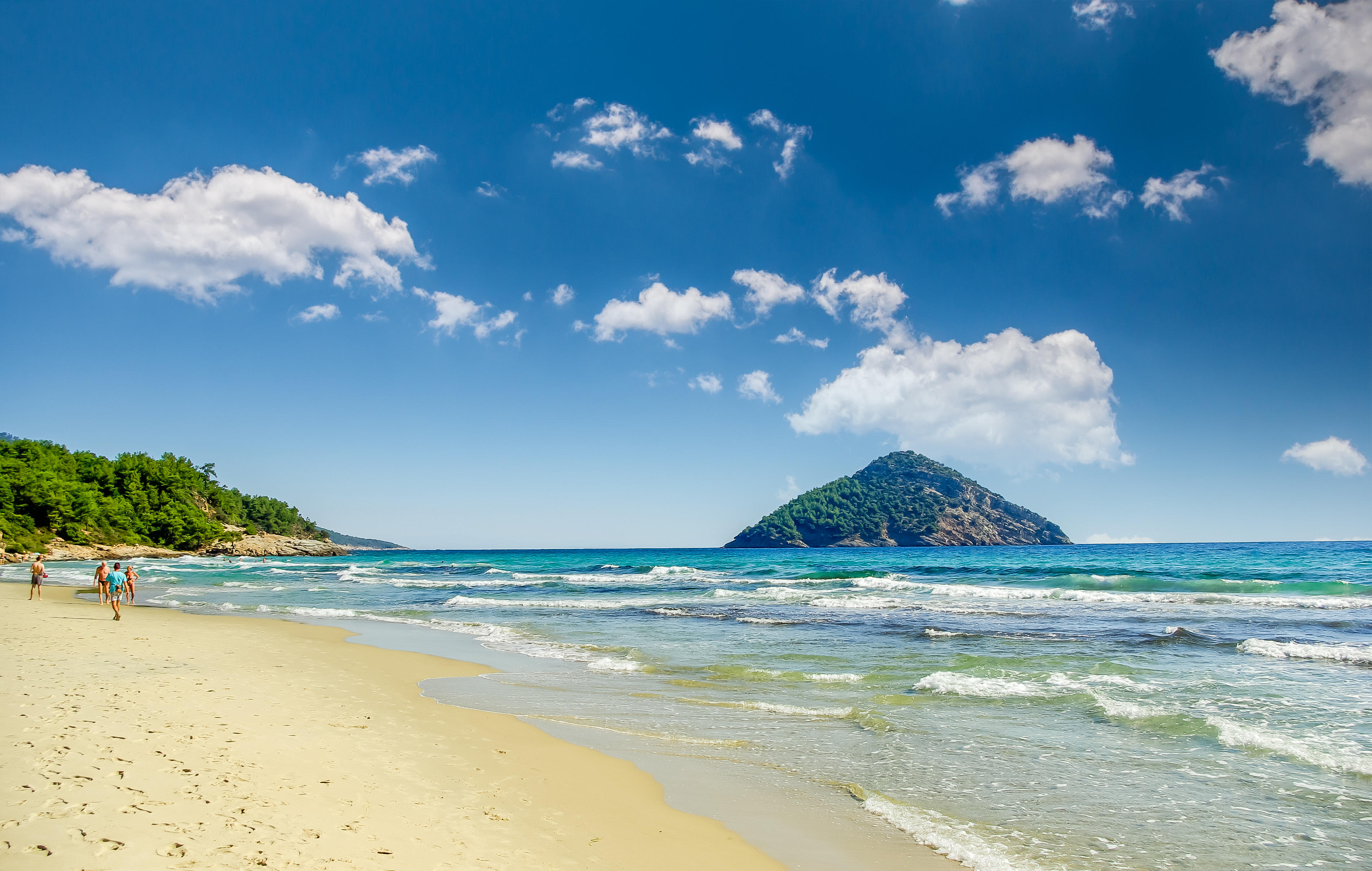 Greece hopes to form an air bridge with the UK, meaning quarantine-free travel between the countries, with tourists allowed to enter from June 15.

Of course, Brits will face short-term problems with a 14-day quarantine until the end of June, as well as a ban on non-essential travel indefinitely.

Thankfully there are some beautiful beaches you can visit where you won't expect to see any crowds.

Here are Greece's best hidden beaches which you can head to after lockdown. 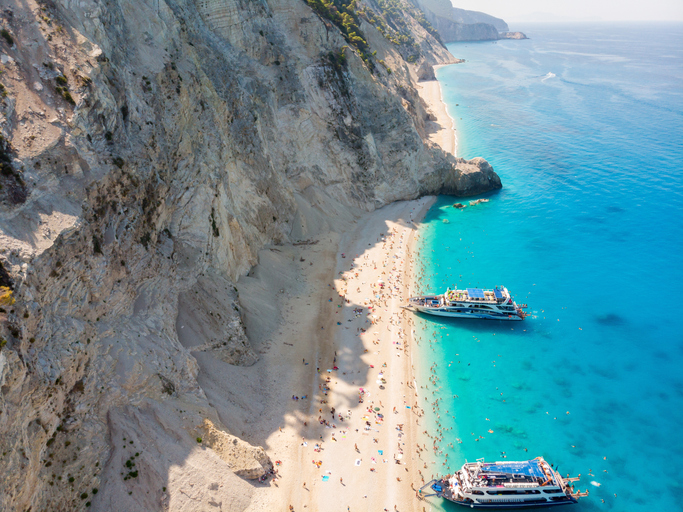 With 347 steep steps along the rocky cliff or boast access, Egremni remains empty of tourists due to its difficulty to get to.

Once there, however, the white cliffs and the bright blue waters means it is a favourite of locals and often voted one of the best beaches in Greece.

Voutoumi is found on Antipaxos, one of the smallest Ionian islands in Greece with exotic vegetation surrounding the sand.

The small bay also has shallow waters which make it safe for paddling in with the family. 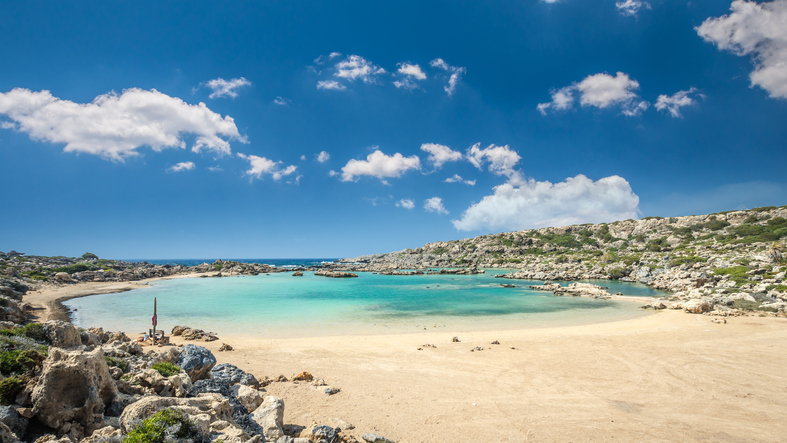 While tiny, Aspri Limni appears to be of a lake than a sea due to the large rocks protecting the beach.

Translated as 'White Lake' the beach is known for its white sands, although there is little protection or shade from the sun so you'll need your umbrella. 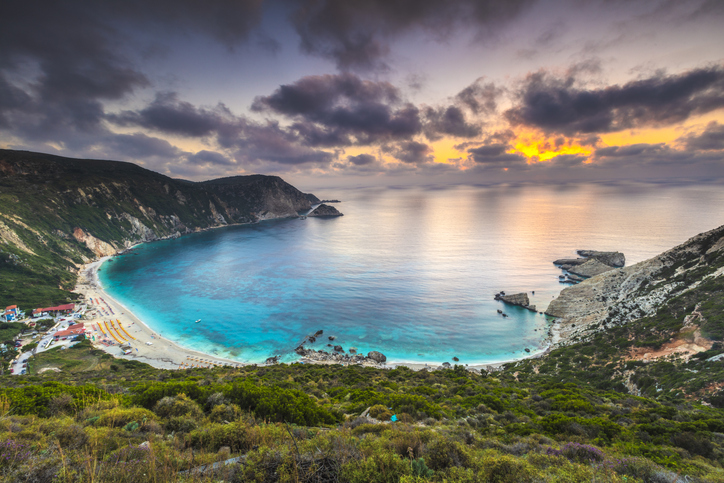 A much more built up beach, Petani still remains one of the less popular areas of Kefalonia.

Tourists instead head to Myrtos and Antisamos, but this western beach has just as beautiful views and water, but without the crowds. 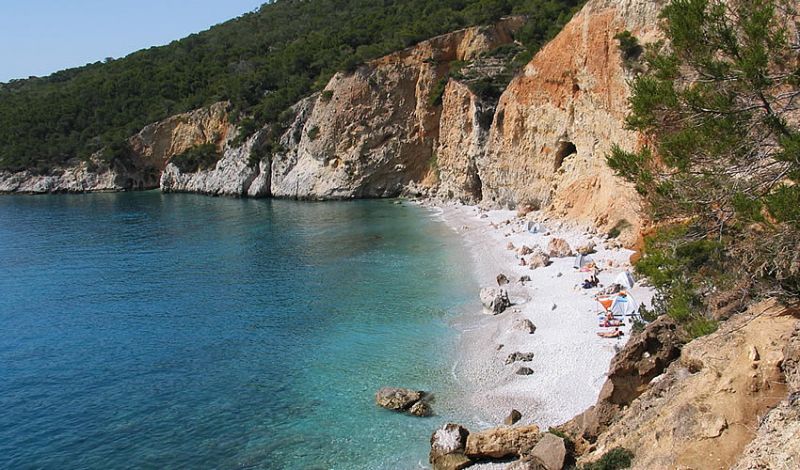 Lined with pine trees, the natural blue bay is also perfect for campers to stay the night.

The island Agistri is a short boat ride from Athens, making it easy to get to, when arriving in the country. 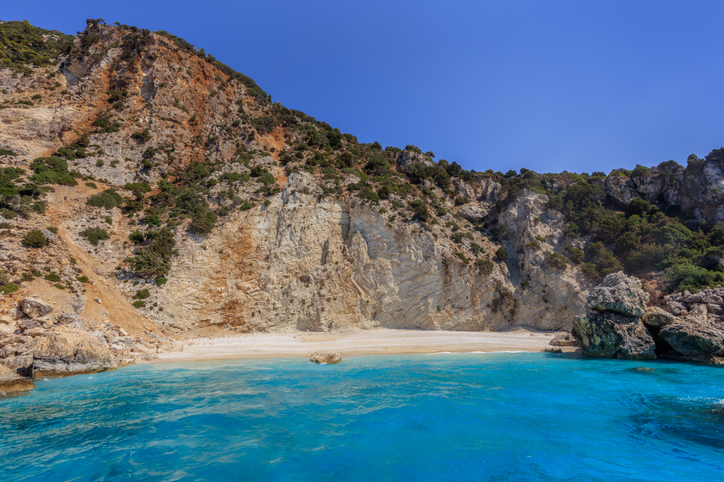 While Afales is a pebbled beach, the contrast of bright white stones against the bright sea make it different to the other Greek beaches.

Thankfully, it is also easy to get to as you can drive close to the beach. 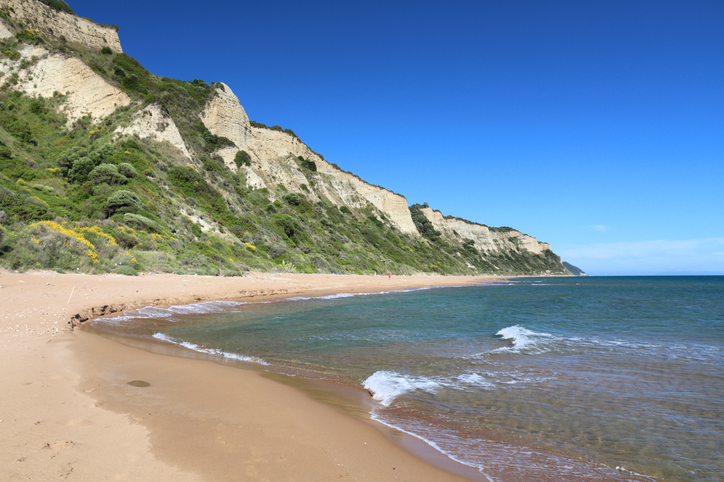 It is a favourite of locals, and has cafes and toilets on-site as well.

We've also rounded up some of the most secluded beaches in Spain to visit once lockdown is over.

Don't fancy leaving the UK? There are some great secret beaches in Britain too.

Social distancing still has to be followed, however, after large crowds were slammed for risking their lives at Durdle Door earlier this month.