Tom and Ella spend their weekends in a retro converted American-style school bus. Their 35.5 square metre bus features enough living space to easily sleep four people, with a living area, a separate bedroom, a kitchen and a bathroom.

The couple, who show off their home on next week's episode of My £10K Holiday Home on ITV, bought their bus from Canada for less than £1,000, which included shipping to the UK.

Then they set to work transforming the bus into their current mobile home, which they also used for their honeymoon.

Tom said: “Everything was done with the ethos of the more you can get for free or cheap, it doesn’t need to be expensive.” 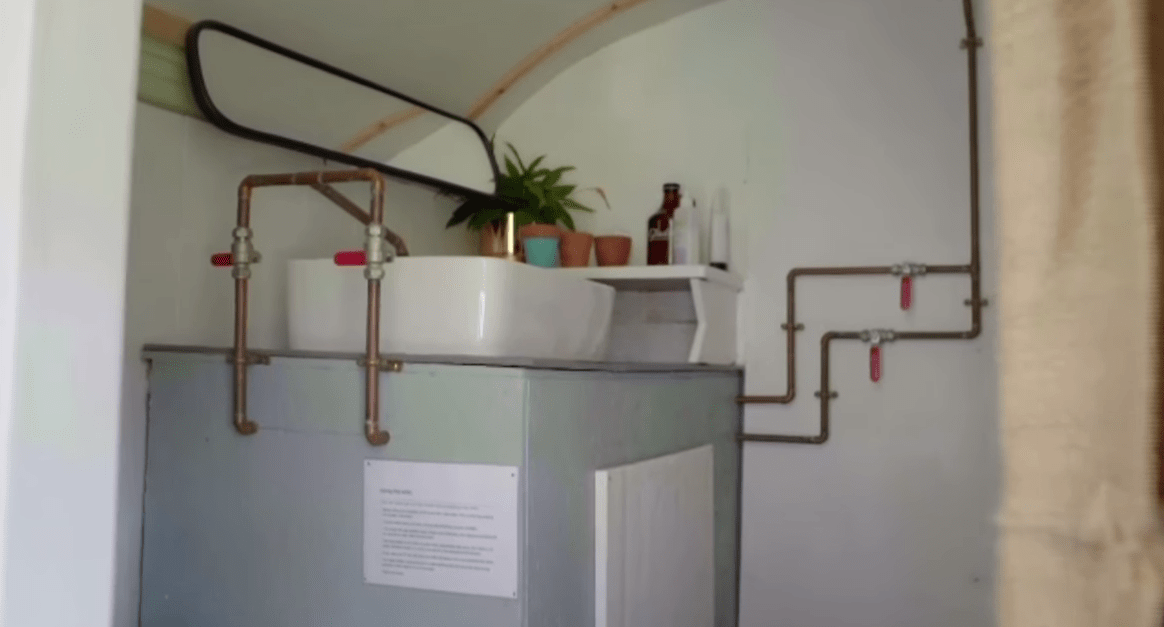 Lots of the items they used to make their home cosy were leftovers from building sites.

For example, the fully functioning kitchen has a reclaimed oven and storage using off-cuts of timber found from a local timber yard or builder's merchants.

To simplify things further, their fridge – a traditional zeer – doesn't even use any electricity.

It features two terracotta pots inside each other, with the middle layer between the pots filled with wet sand that keeps the inner pot cool. 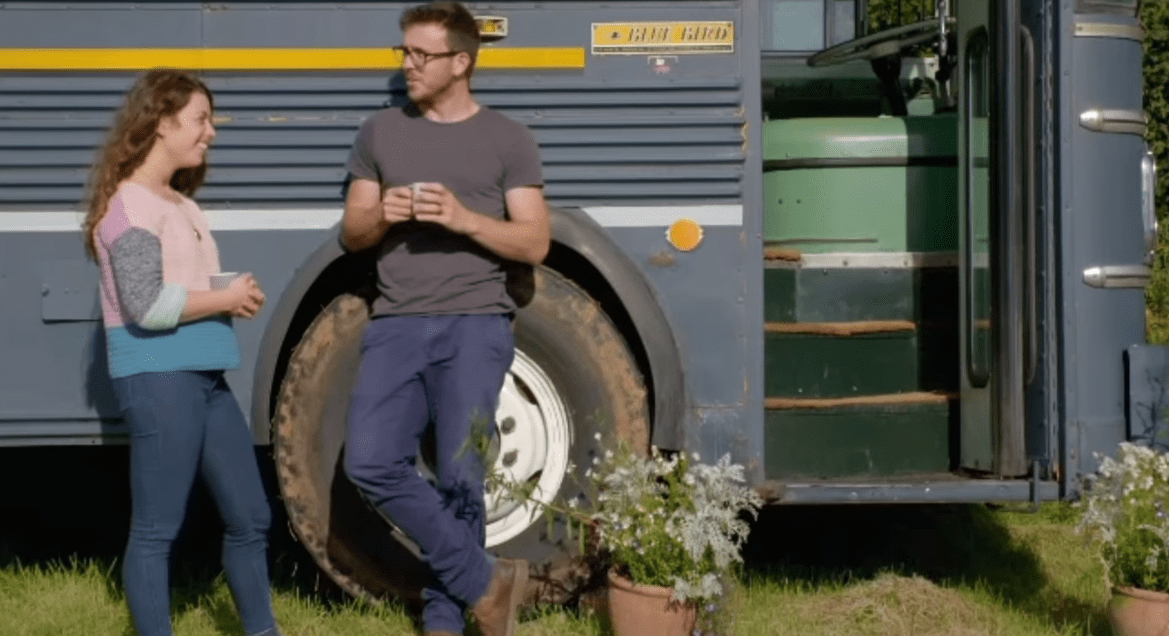 In the bathroom, the couple used plenty of reclaimed furniture too, including the original rear-view mirror from the bus and exposed pipework.

Tom and Ella were so thrifty that nothing in the whole home cost more than £300.

Tom said: “The log burner was probably the single most expensive part of the bus, probably about £250.”