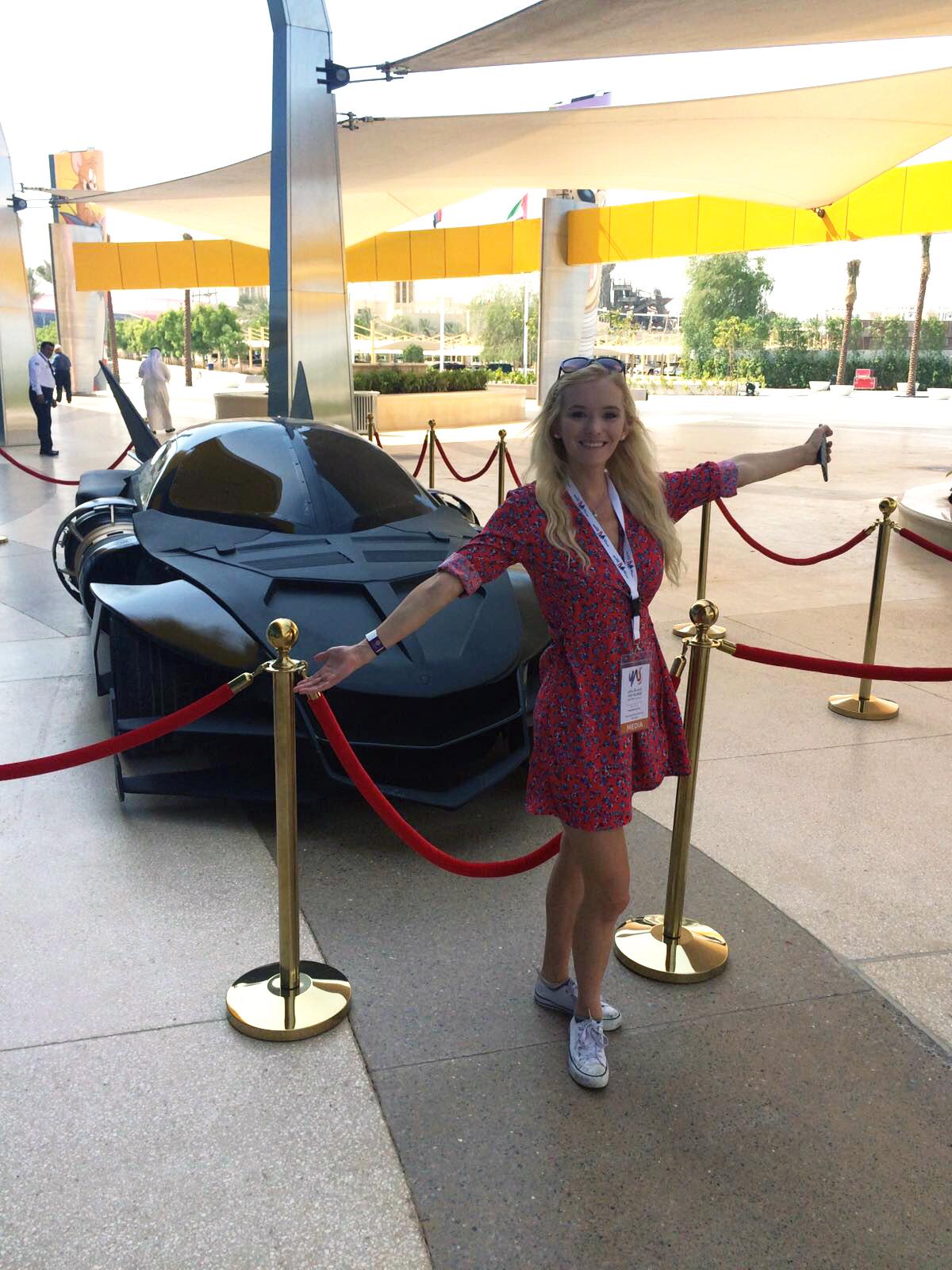 I'm one of the first people to try the $1billion playground in the Middle East sandbox.

The weather outside in Abu Dhabi in July may be a sweltering 40C but the entire family attraction is blissfully air-conditioned inside.

There are 29 attractions at the shiny new theme park, which is aiming to help establish Abu Dhabi as an "it" family-friendly destination.

And with the thrills-a-minute Ferrari World, Yas Waterworld, the Yas Mall and the home of the Abu Dhabi Grand Prix – the Yas Circuit – a short drive down the road, there is certainly something for all ages nearby. 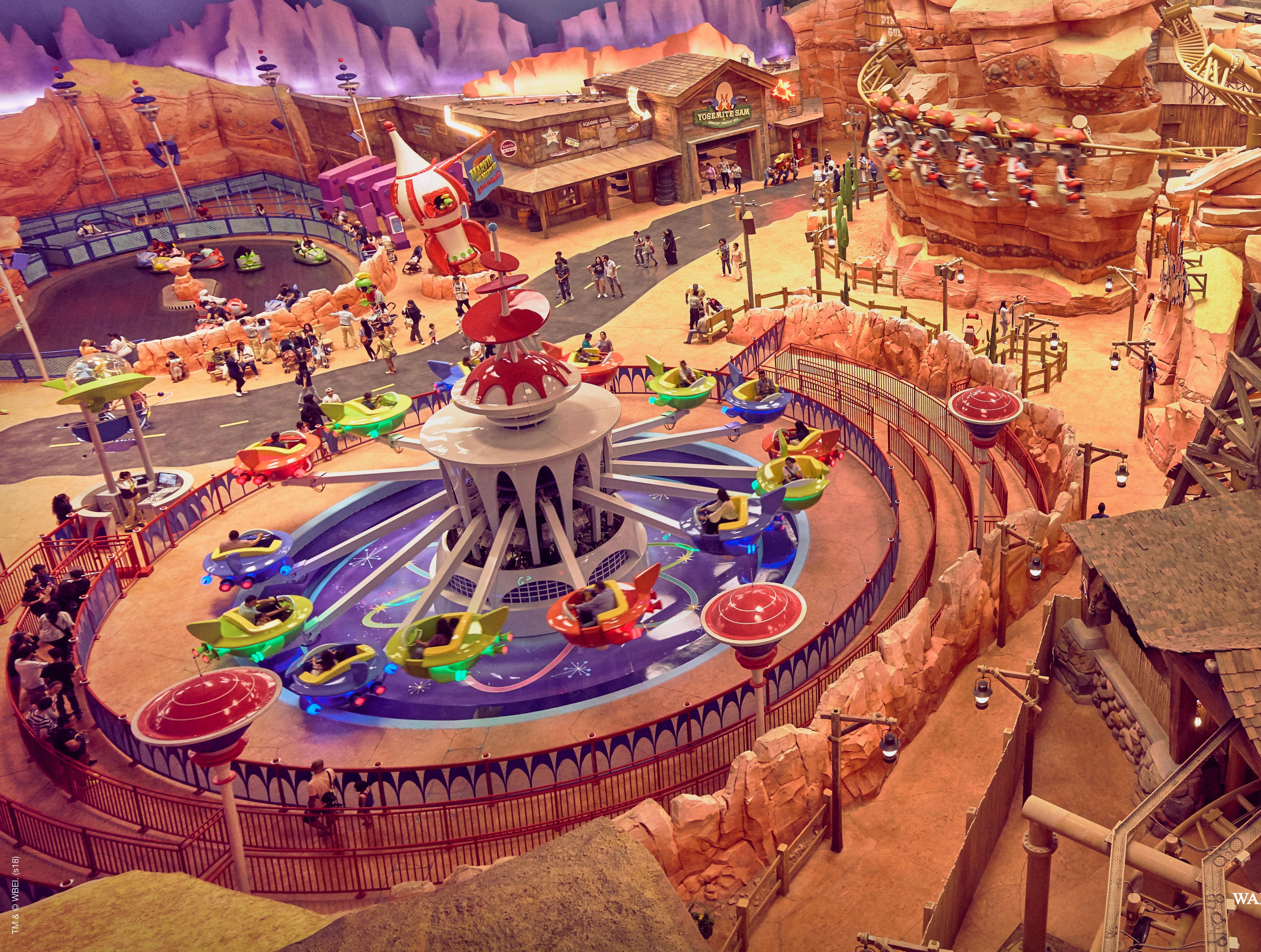 Six immersive sections bring DC heroes like Wonder Woman to life under the same roof as Bugs Bunny, the Flintstones and Tom and Jerry.

Each "land" – from Gotham City, Bedrock and Metropolis – flows from a central Plaza, which is the only place all the popular characters meet.

You can easily walk from each zone to another in a circular route round the outside, seamlessly wandering from the dark The Joker's Funhouse to the colourful kid-friendly cartoon section within minutes.

Guests can enjoy the gleaming urban landscape of Metropolis – home to the Justice League, whose members include Wonder Woman, Green Lantern and The Flash.

They can then make their way to the dark alleys of Gotham City where devious masterminds such as The Joker, and Harley Quinn wreak havoc only to be thwarted by Batman. 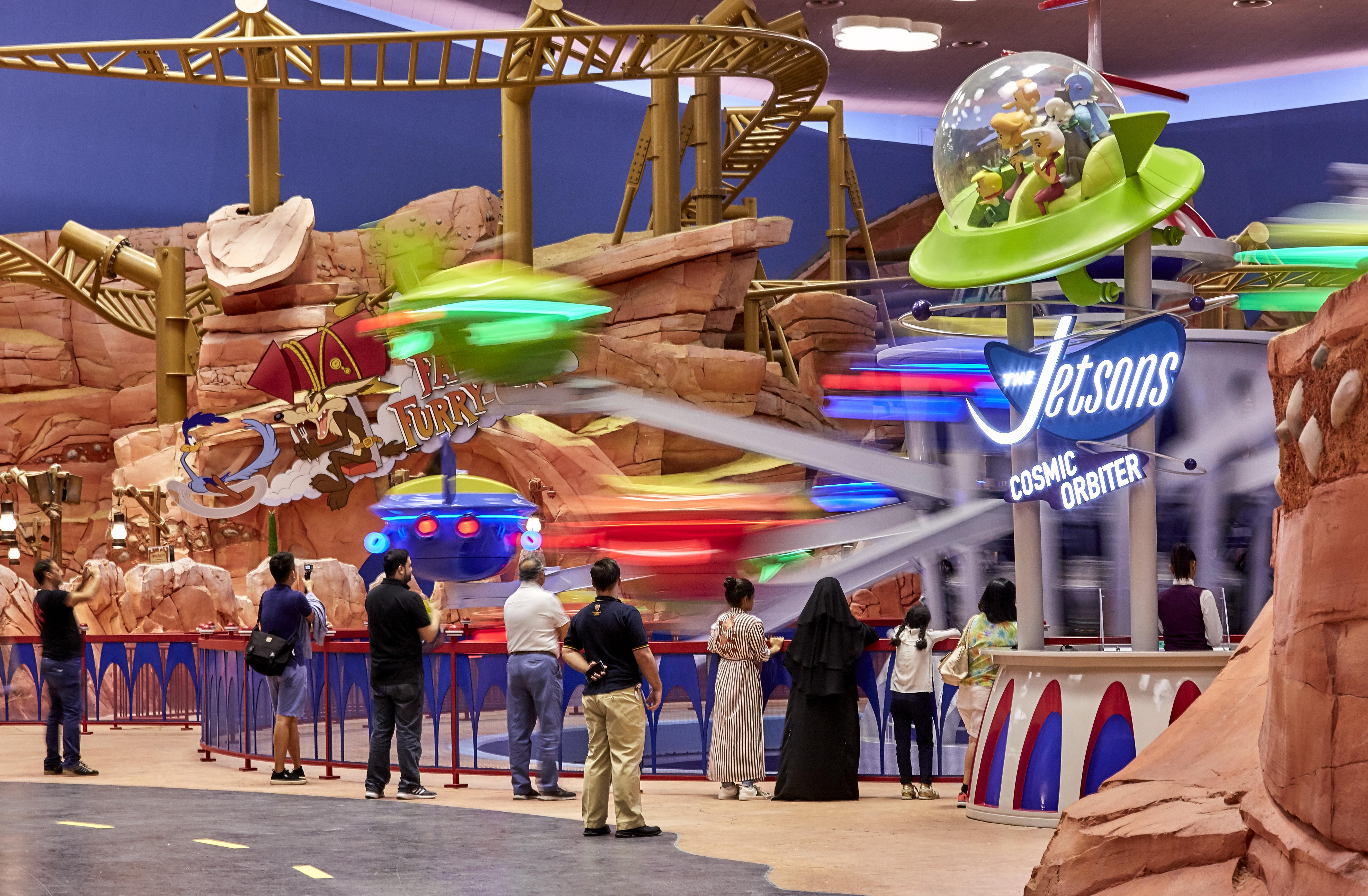 Or you can pay a visit to Dynamite Gulch – packed full of animated antics and mishaps.

Alternatively, guests can rewind to the modern Stone Age in Bedrock with The Flintstones and The Rubbles.

I satisfied my inner child sitting in the Flintstones' car and seeing the Scooby Doo iconic Mystery Machine up close before browsing for superhero products in the shops. 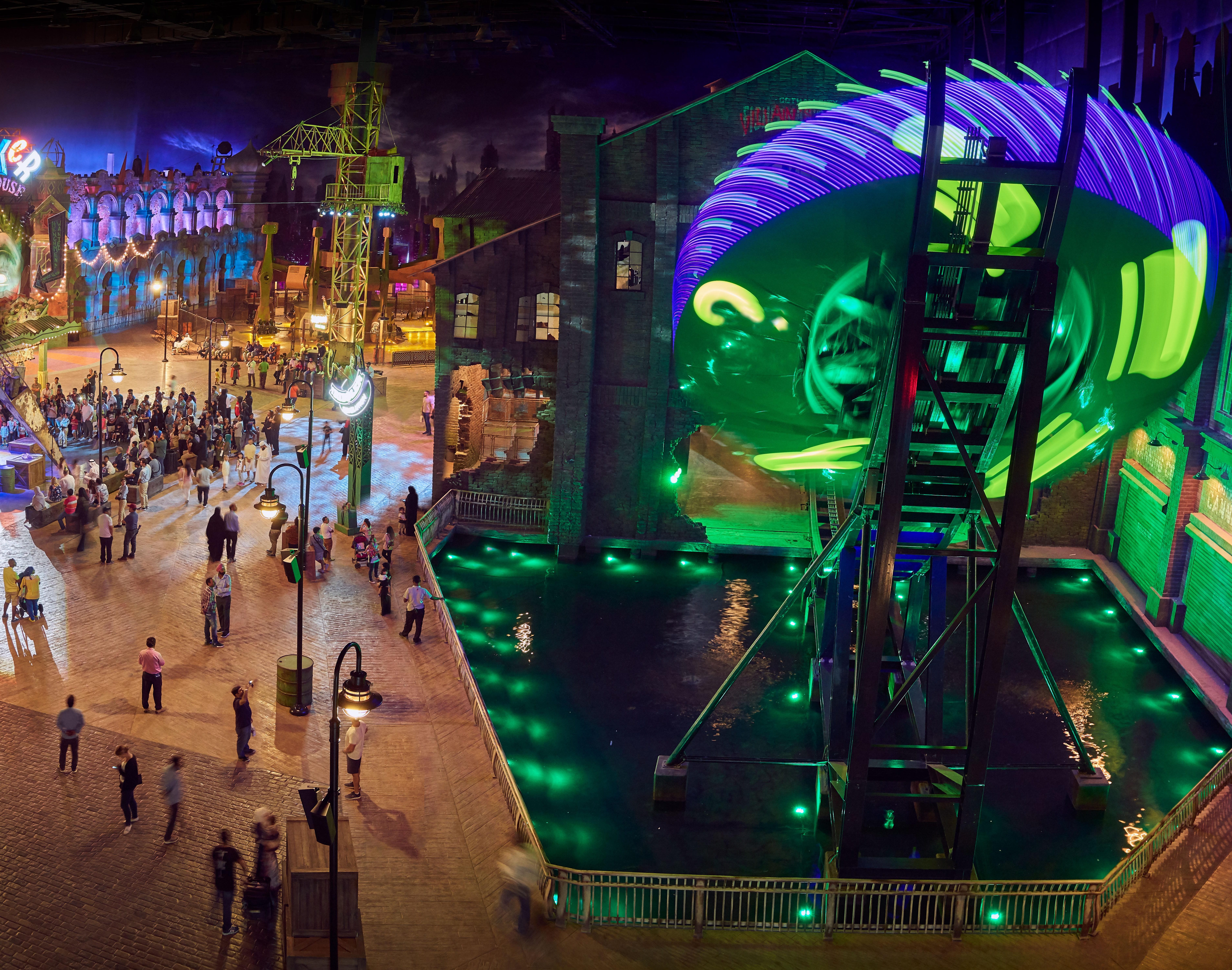 It's not just the rides that steal the show as there's no attention to detail spared when it comes to the theming of each world.

There are fun small details to spot too. Look out for the headless gargoyle on the outside of the Hall of Doom dining experience.

If you turn around it's been "nabbed" for the pawn shop opposite and lies in the window.

You could easily spend the day at the park – and without painful long queues in the heat, you won't be flagging after a few hours.

That being said, time-poor holidaymakers can nip round the action faster than Superman, with the added Flash Pass fast-track ticket option.

From bigger rides like Scarecrow Scare Raid and my personal favourite, the Riddler Revolution, to guests grabbing a gun and shooting targets in Anti-Mayhem, there is something to keep all ages entertained. 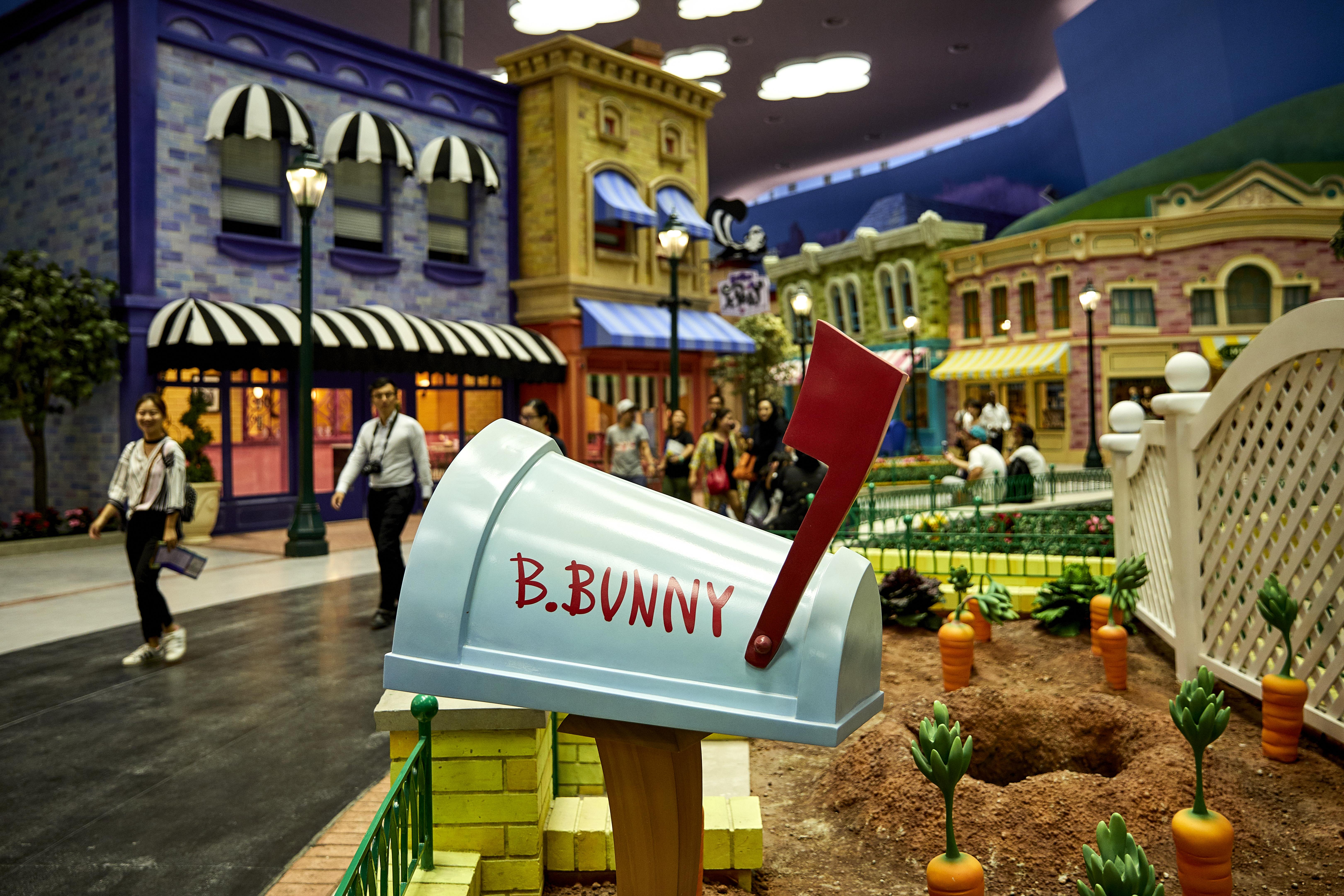 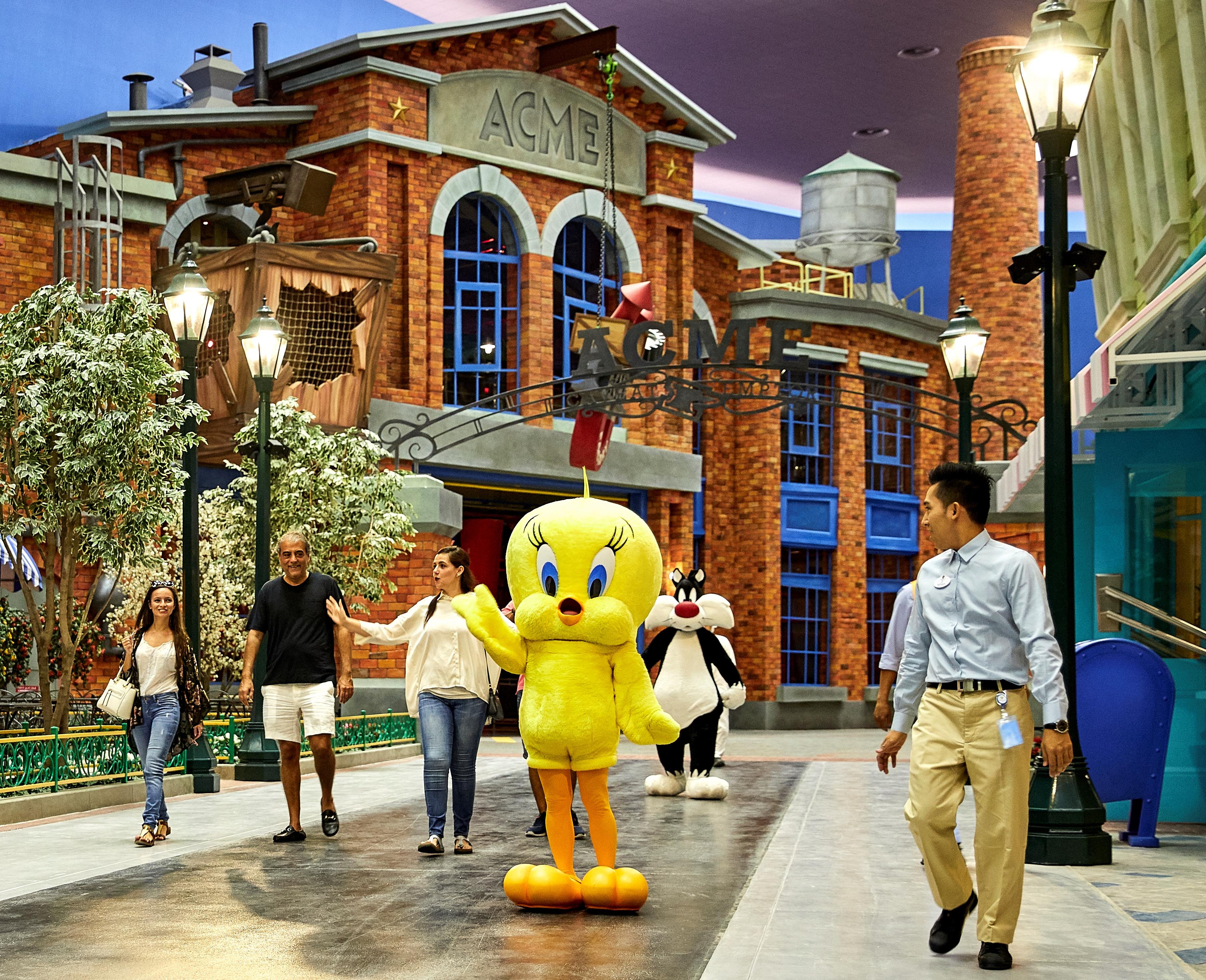 The Sun Online got to visit the park on the press launch ahead of the doors officially opening on July 25, and although there wasn't time to try all of the rides on offer, it's clear it's a hit in the making.

Around 27 million visitors flocked to Yas Island last year and with the opening of the park, this is forecast to increase by around seven per cent, according to Mohammed Al Zaabi, CEO of the project’s development company, Miral Asset Management.

Being situated around 10 minutes from the airport and 40 minutes from Dubai, it's sure to attract those looking for some fun out of the sun.

With cartoon characters that will evoke nostalgia for the adults, brought to life in exhilarating worlds that will enthral the whole family, Abu Dhabi definitely has something for kids and "big kids" too.