Venice to segregate locals from tourists walking to landmarks

Last year Venice banned the opening of new hotels and fast food restaurants in a bid to cap the number of tourists swarming through its streets – now it’s segregating them from locals.

Visitor-only routes to popular landmarks have been introduced ahead of the bank holiday weekend to keep tourists away from the locals – who have long complained about excessive crowds – and to help protect the city’s quaint alleyways and thoroughfares.

It’s a move that one travel firm CEO says reduces the city to the status of a ‘theme park’. 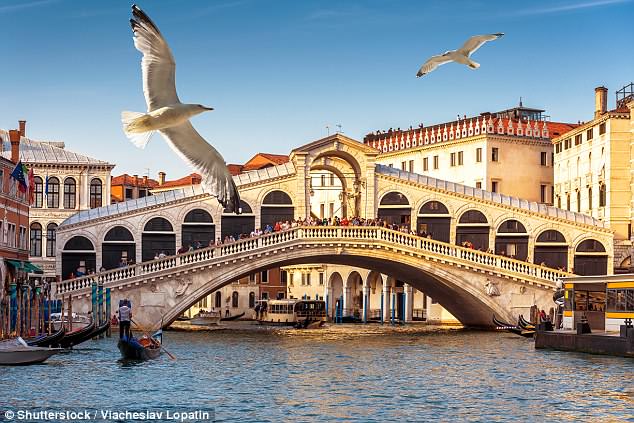 Visitor-only routes to popular landmarks have been introduced ahead of the bank holiday weekend to keep tourists away from the locals. The visitor-only routes will be put in place for tourists heading to St Mark’s Square and the Rialto Bridge (pictured)

The visitor-only routes will be put in place for tourists heading to St Mark’s Square and the Rialto Bridge.

The measure was signed off by the mayor, Luigi Brugnaro, according to The Telegraph, with the city anticipating bumper bank holiday crowds. He signed a decree that contains ‘urgent measures to guarantee public safety, security and liveability in the historic city of Venice’.

Justin Francis, founder and CEO of Responsible Travel, however, lamented the move.

He said: ‘How has this beautiful city ended up in this position? For decades tourism has been threatening Venice. They’ve found it impossible, or been unwilling, to confront the growth of tourists visiting from cruise ships or as Airbnb guests.

‘The mentality has been one of “growth at all costs”, to the detriment of local people and the very soul and essence of the city.

‘Now we end up with segregation of tourists and locals. It seems it’s now official that Venice has been reduced to a theme park, with Disney crowd control enforced.

‘Tourism is about bringing people together, locals and visitors, and when done properly, both parties should reap the benefits. It should never be about segregation. In my view, it’s tragic that it has come to this.’ 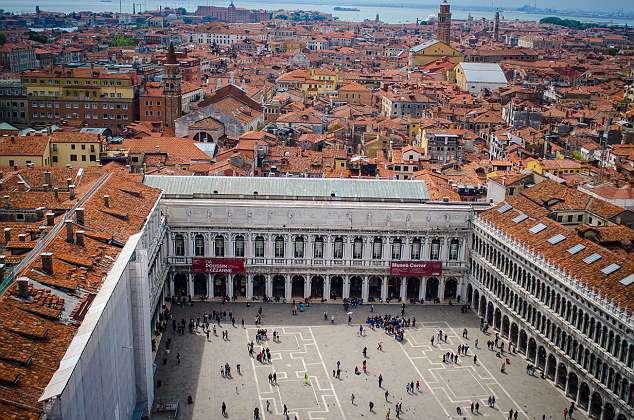 Every year, Venice is flooded by an unprecedented amount of nearly 30million visitors. Many of them flock to St Mark’s Square, pictured

Every year, Venice is flooded by an unprecedented amount of nearly 30million visitors. This is more-or-less half of the Italian population, according to the Global Tourism Review.

According to local media, if things keep going at the current rate, the city won’t have a single resident by 2030.

And its natives haven’t been taking this lightly.

In September 2016, hundreds of Venetians carrying flares targeted cruise ships in a huge demonstration against the huge number of tourists they bring each day.