AFTER 122 days in lockdown, Disneyland Paris is coming to life again.

I was given a sneak peek at the revamped park before it reopens to the public on Wednesday. 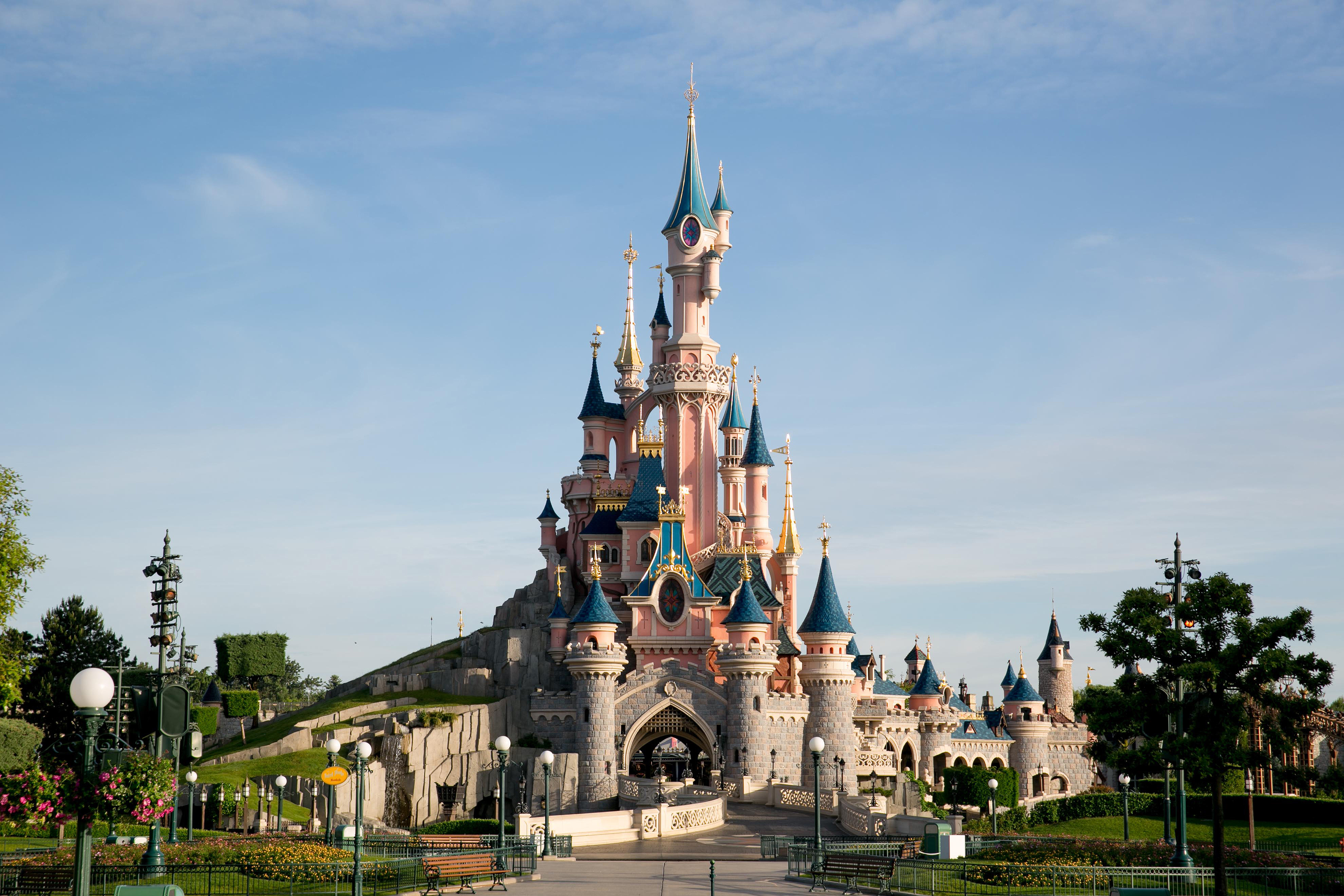 It felt strange wandering around with no other guests.

But while the normally bustling adventure playground looked more like the emptiest than the happiest place in the world, there was still the sense of magic and excitement it is known for.

Bright flowers lined every walkway, upbeat music played from the speakers and newly painted rides glistened in the sun.

Cast members in flowing dresses and paper masks polished bins, and social-distancing signs and hand-sanitiser stations were placed around the park. 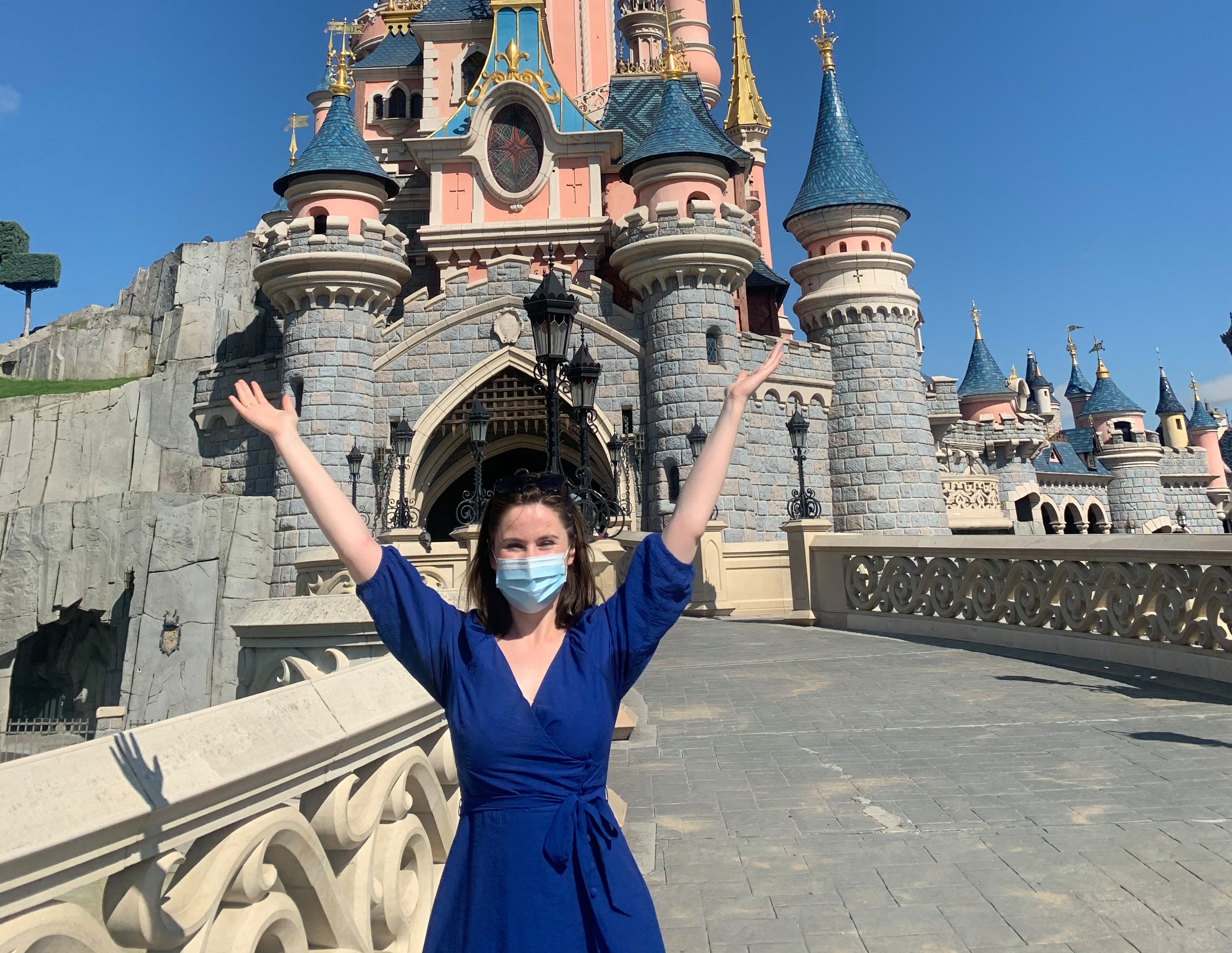 But despite France’s strict lockdown, many of the staff stayed on to transform it into a corona-secure place to visit.

Its famous Main Street has been spruced up.

But for returning fans, the biggest change will be wearing a mask.

All guests and staff members aged 11 and over will have to wear face coverings at all times.

It is not easy wandering around a theme park for hours like this — and it will be especially challenging for summer visitors.

All tickets will have to be booked in advance, on Disney’s new online reservation system or its updated Disneyland app. 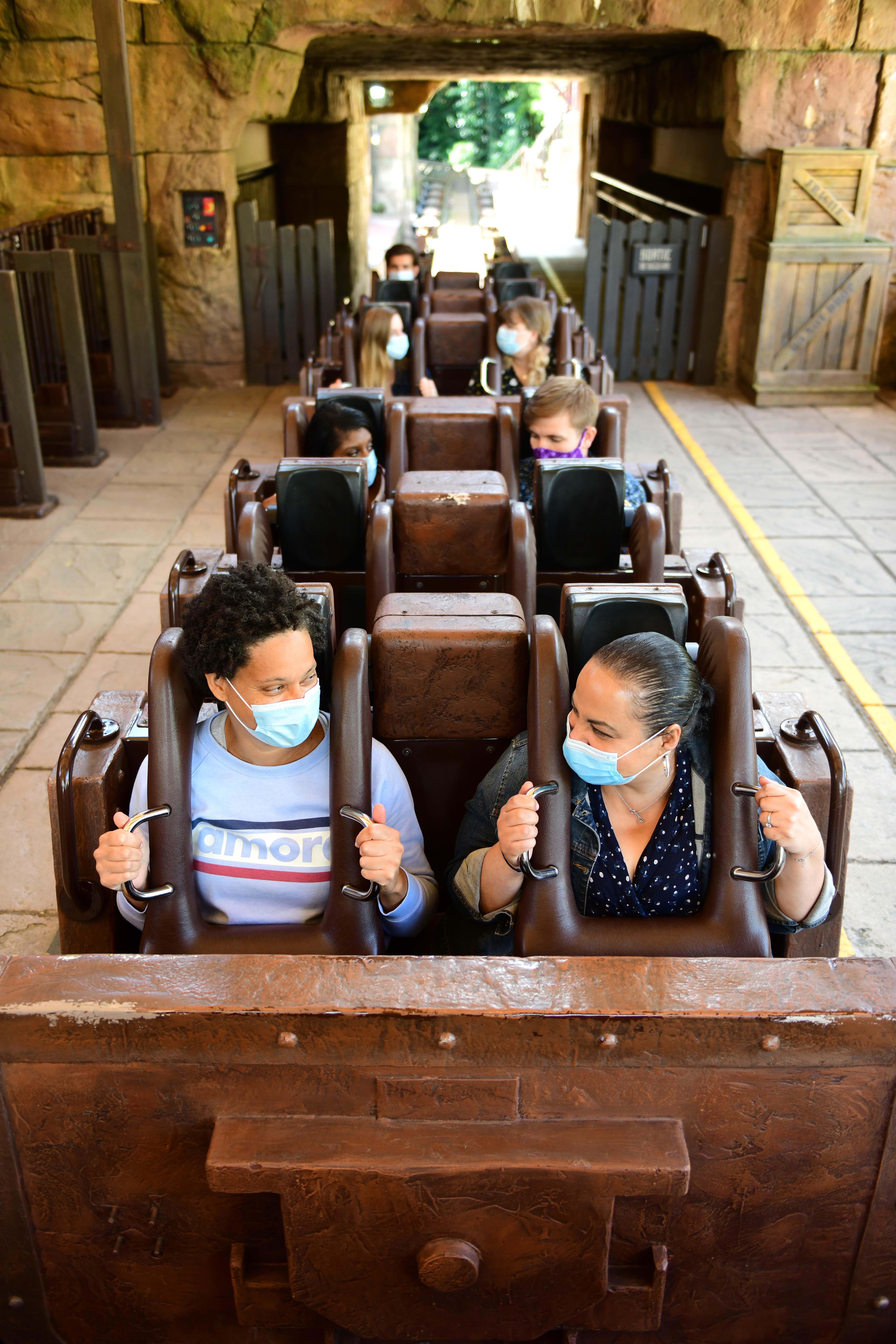 But guests will not have their temperature checked.

Instead, hand-sanitiser stations and socially distanced queues will greet people at the park’s entrance, shops and rides.

But the safety measures have even been given a Disney-style twist.

Cast members in masks will remind visitors to socially distance, and there will be reusable Disney-themed masks on sale — a four-pack costing around £18.

Kids will not be able to hug Mickey Mouse for photos but the park has created new selfie spots, where visitors can take socially distanced photos with their favourite characters.

There are also a number of exciting new surprises.

There will be photo opportunities in Elsa’s ice palace and when characters from Star Wars, Pixar and Disney films appear around the park. 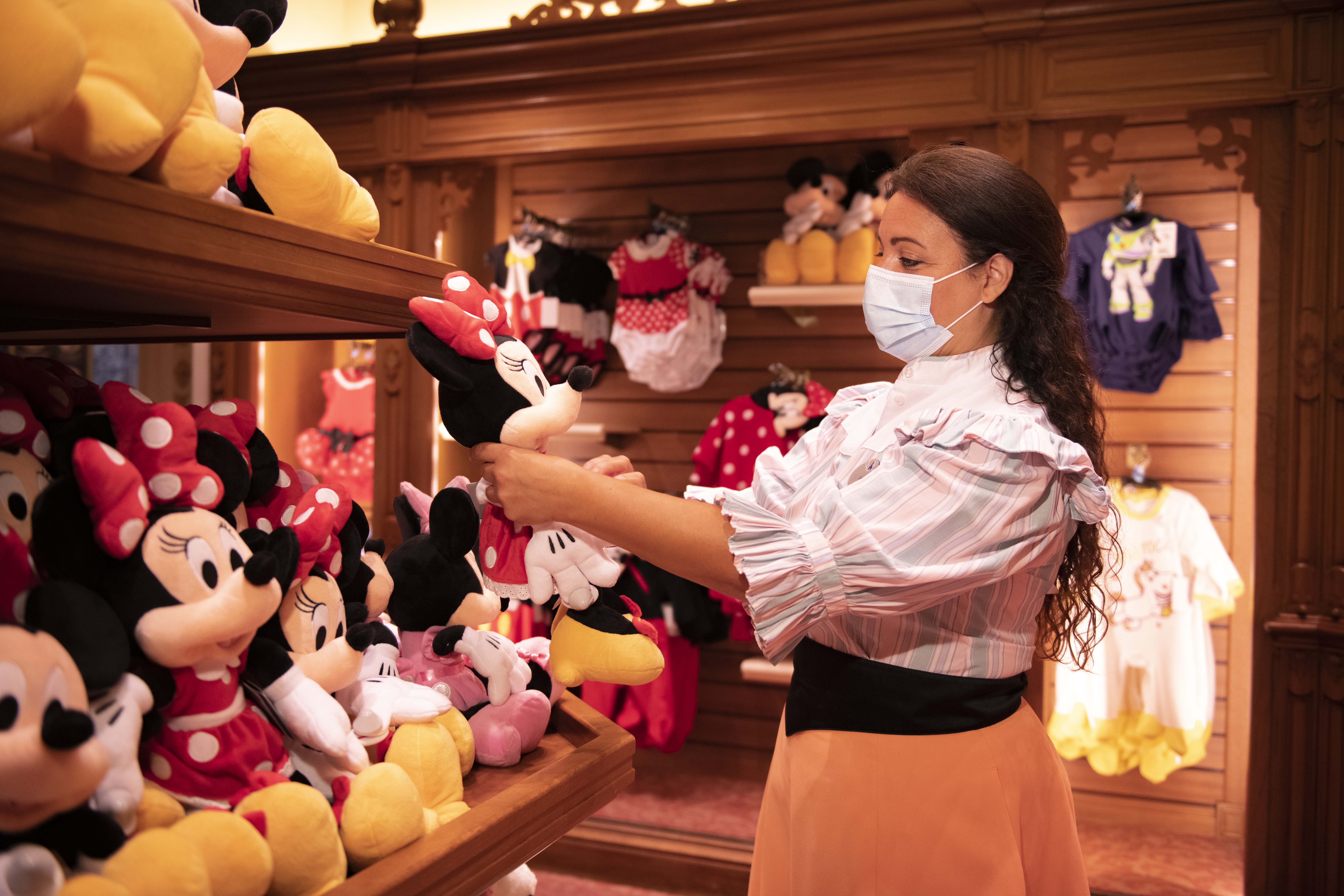 STAYING THERE: Two nights’ room only at 4H Disney’s Newport Bay Club is from £306 per person based on two adults and two children (aged three to nine) arriving on October 2, including access to the Disney Parks for three days. 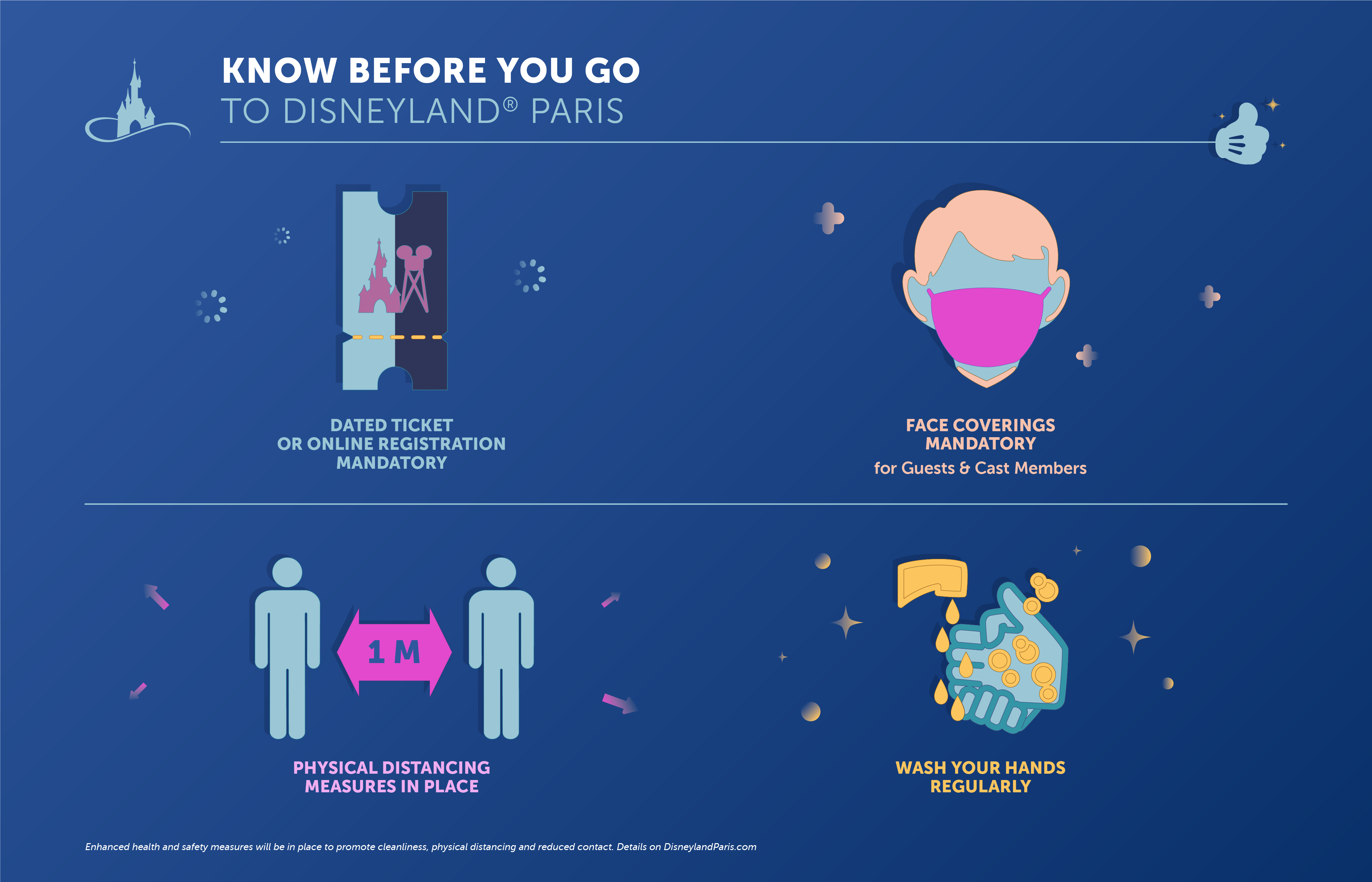 Most of the park’s rides are reopening next week with reduced capacity and are being cleaned regularly.

While many of the live-entertainment shows remain closed for now, The Lion King: Rhythms Of The Pride Lands and Jungle Book Jive are due to reopen later this summer.

More close-up activities, such as makeover experiences, will not be available yet.

Across the park’s 50 restaurants and takeaway outlets, new perspex screens have been put in place, and buffet restaurants have been transformed into all-you-can-eat seated experiences.

While Disney may be famous for its money-making merchandise, ALL proceeds from mask sales will go to the Red Cross, plus 100,000 face coverings will be donated to charity.

Disneyland Paris vice-president Marco Bernini, 54, remembers working as a cast member on the Big Thunder Mountain runaway-train ride on the first day the park opened in 1992.

He said: “Last time I saw the park as beautiful as it looks today was for the opening 28 years ago.

“I was part of the opening crew and can tell you I have the same feeling of excitement today. 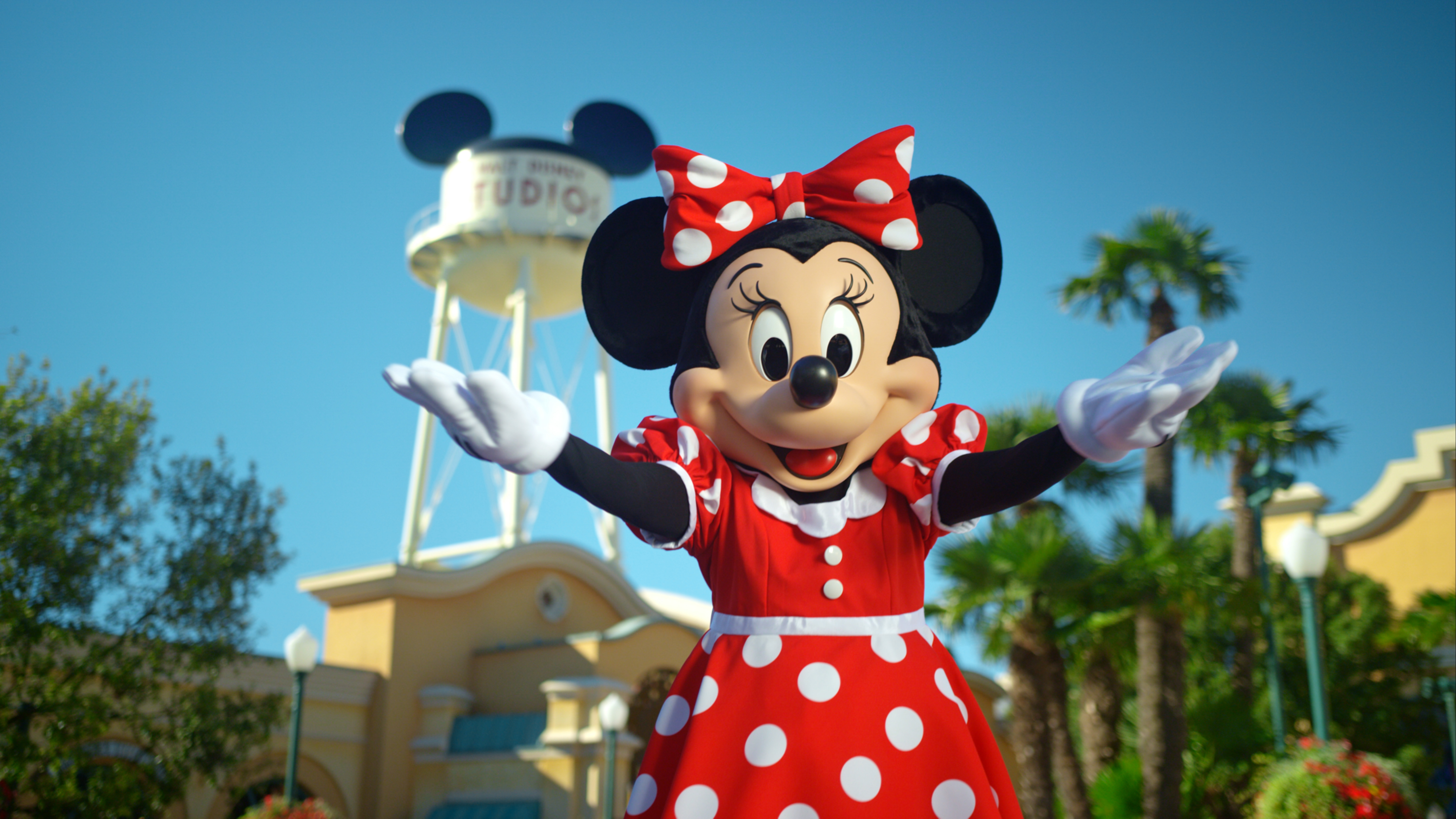 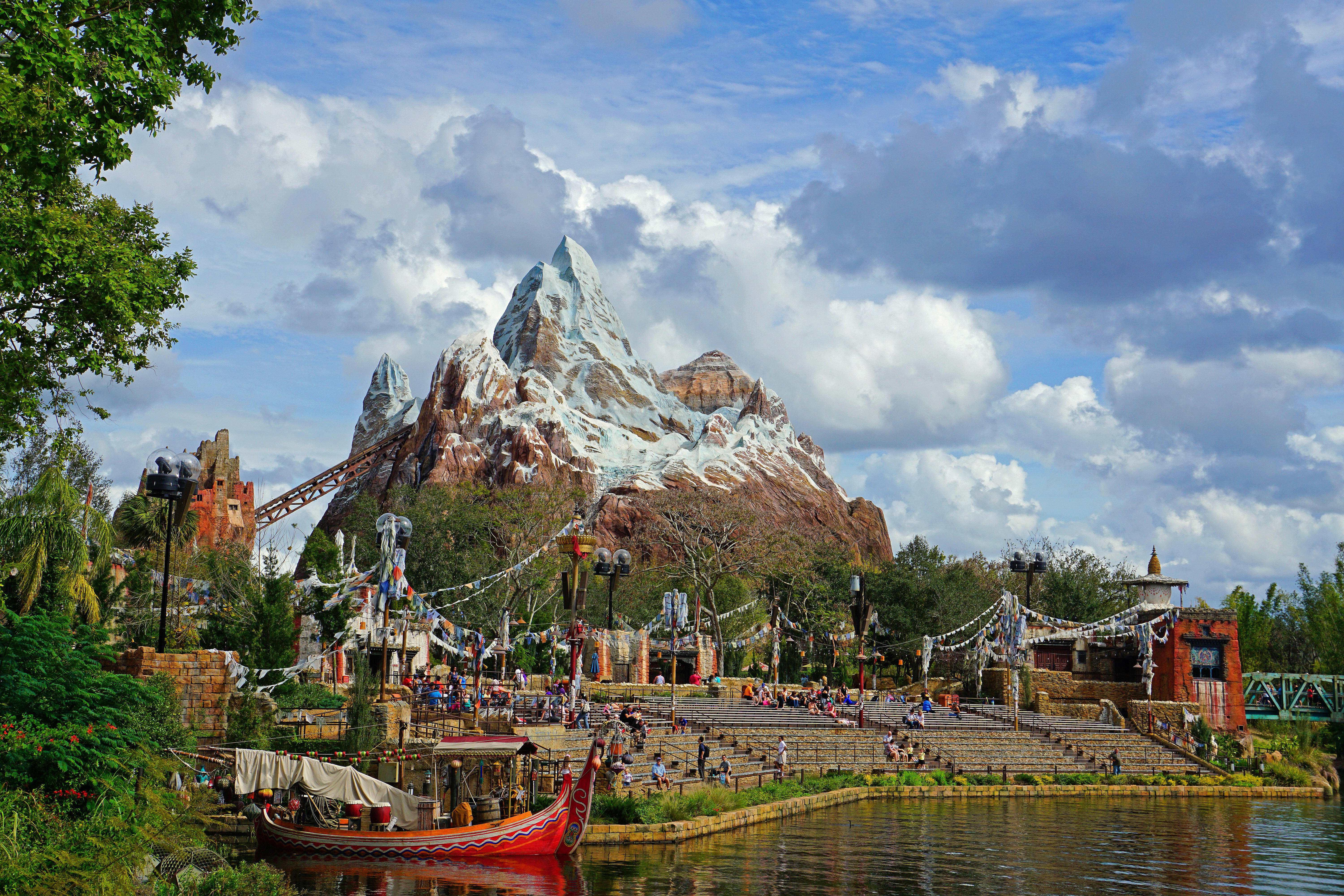 WHILE holidays to Walt Disney World Resort in Florida are just a fairytale for us, fans across the Pond can visit the park again from today.

After being closed for almost four months, a phased reopening will begin with Magic Kingdom and Disney’s Animal Kingdom, pictured, from today, with Epcot and Disney’s Hollywood Studios following on Wednesday.

With Covid rates still booming in the Sunshine State, health and safety rules in the US are due to be much stricter than in Disneyland Paris.

While the French park will require masks for all children over the age of 11, US families have the challenge of keeping face covers on kids over the age of two at all times.

Disney bosses have yet to comment on when Disneyland Park and Disney California Adventure may reopen in Anaheim. 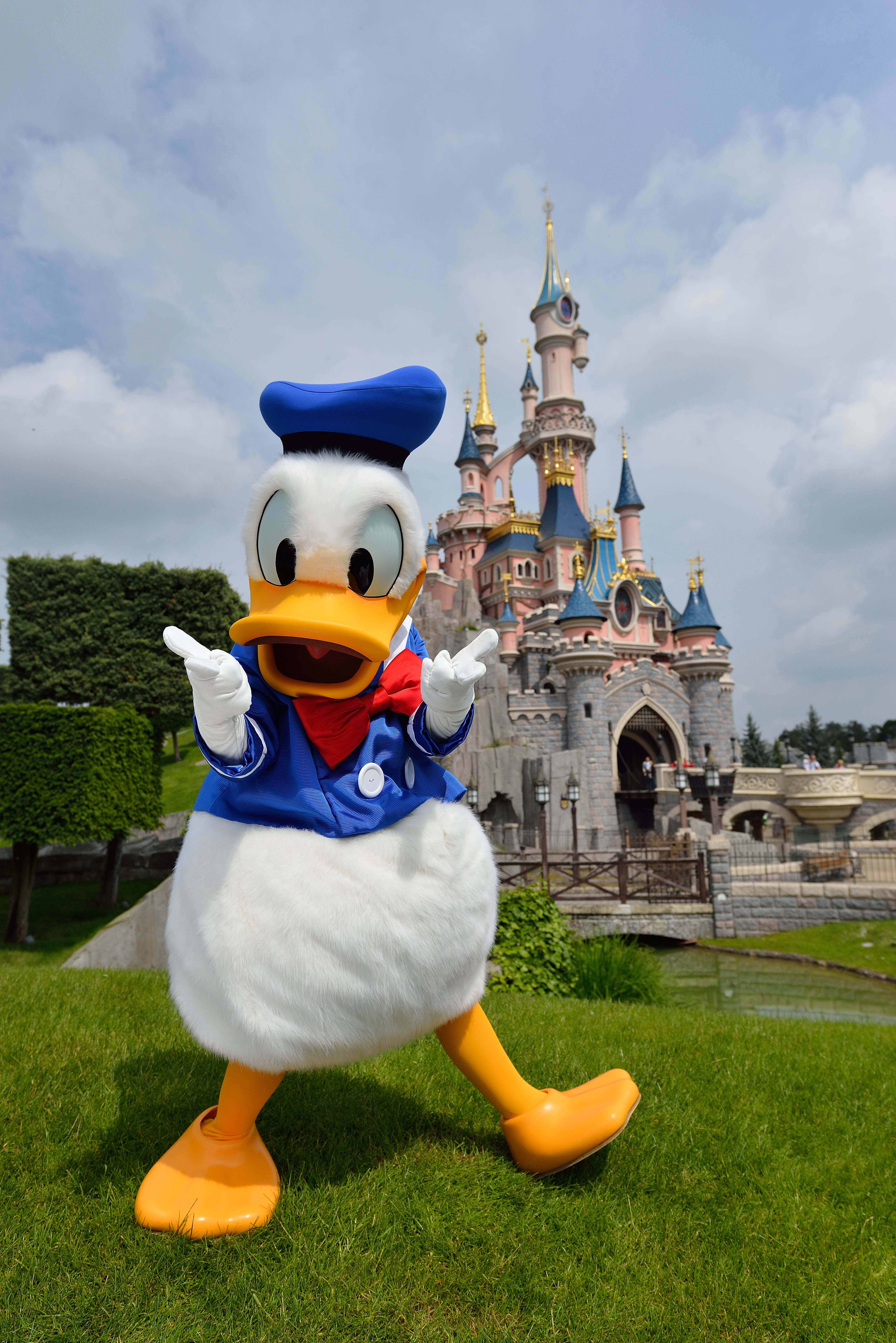 “Everything is almost ready, the cast members are back and the park is looking beautiful.

“Now we are just missing our guests. Without them, there is no magic here.”

While a bit different from usual, the park’s reopening will offer the opportunity to experience Disneyland Paris with more space and fewer crowds.

The simple booking trick that locks-in a cancelled holiday refund

Caylee Hammack Pours Lessons from Her Catastrophe into Song: She Literally Was 'Forged in the Fire'

When will Spain quarantine be reviewed?