Why Chernobyl disaster series is sending curious tourists to Lithuania

Baroque churches are out, nuclear power plants are in: Chernobyl disaster series sends curious ‘atomic tourists’ to the reactor in Lithuania where the show was filmed

An HBO miniseries featuring Soviet-era nuclear nightmares has sparked global interest in the 1986 Chernobyl disaster and boosted tourism – in Lithuania.

The Baltic country, which served as the filming location for Chernobyl, has become a destination of so-called atomic tourism since the show aired earlier this year.

At Ignalina nuclear power plant, Mikhail Nefedyev was staring grimly at the row of blinking green lights on a control panel when another group of curious visitors poured into his realm. 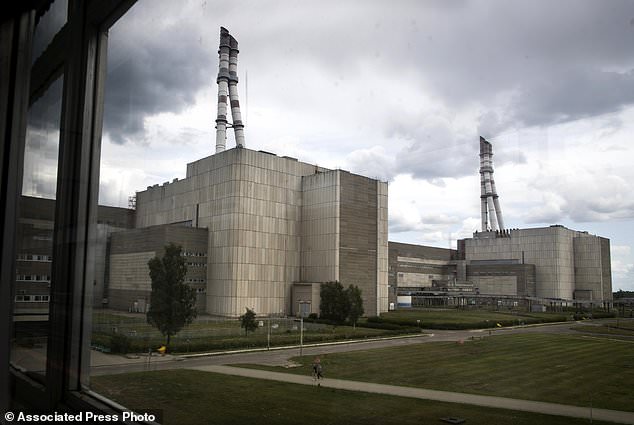 The Ignalina nuclear power plant in Visaginas, 100 miles northeast of Vilnius, Lithuania, served as a filming location for Chernobyl. It’s now on the atomic tourism trail 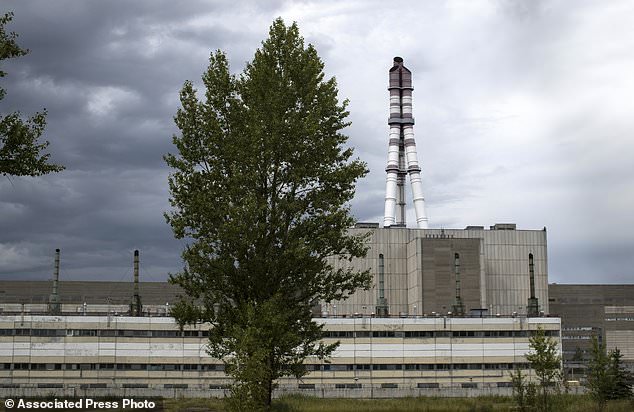 The Ignalina plant is of the same prototype as the one in Chernobyl. It has similar blueprints and the same water-cooled graphite-moderated reactor

In this scene from the HBO miniseries Chernobyl, officials watch the terrifying reactor fire from a distance

The 64-year-old engineer explained to them what exactly happened when a similar reactor exploded in Chernobyl, Ukraine, 33 years ago.

The Ignalina plant is of the same prototype as the one in Chernobyl. It has similar blueprints and the same water-cooled graphite-moderated reactors with a capacity of 1,500 megawatts of power.

Ignalina was shut down a decade ago. Closing and decommissioning it were key conditions of Lithuania’s entry to the European Union in 2004.

In 1986, Lithuania, then part of the Soviet empire, was one of the republics affected by the nuclear disaster. Thousands were sent to clean up the mess in Chernobyl. Many of them are dead.

Today, the nuclear disaster is helping Lithuania grow as a tourist destination.

Chernobyl, a highly-rated miniseries, continues to send curious watchers to the filming locations in the capital Vilnius and at Ignalina, where glowing uranium rods cool in concrete pools. 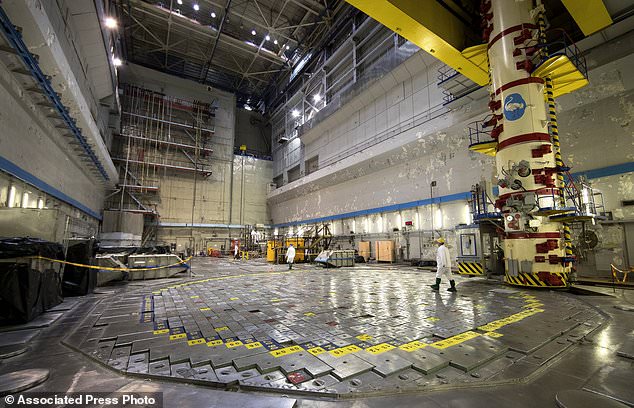 A worker walks on Reactor 1 of Ignalina Nuclear Power Plant. Ignalina was shut down a decade ago. Closing and decommissioning it were key conditions of Lithuania’s entry to the European Union in 2004 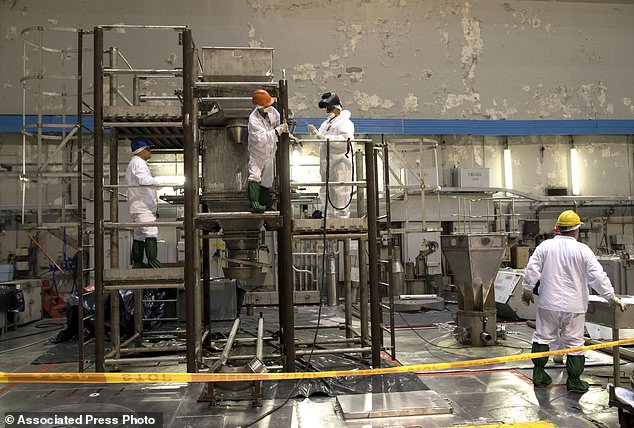 Workers continue to dismantle Reactor 1 Hall of Ignalina Nuclear Power Plant. The Chernobyl miniseries continues to send curious watchers to the filming locations in the capital Vilnius and at Ignalina, where glowing uranium rods cool in concrete pools 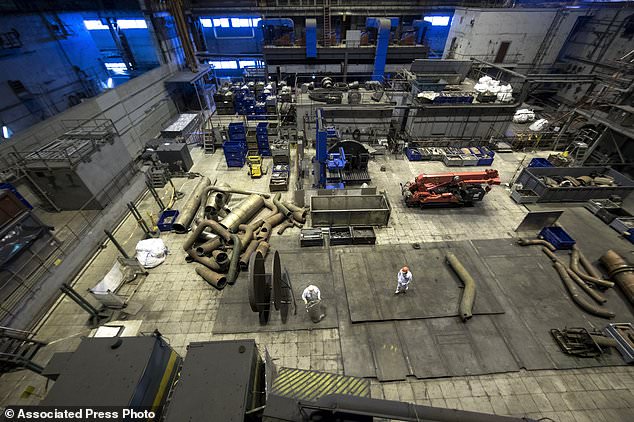 ‘They have made a good movie, I guess. But what happened long ago does not bother us now. I think looking backward is not good,’ Nefedyev said, after explaining how the RBMK-type reactor blew up.

Tourists who come to this Baltic coastal country of three million to see the HBO filming locations first visit the KGB museum in downtown Vilnius where interrogation scenes were shot. They are taken to a Soviet-era district of gray condos built in the mid-1980s that stood in for Pripyat in the drama, the nuclear city that served the Chernobyl plant.

‘People come to see these places that we never used to promote. This is very new and unusual to see them not in the Old Town taking photos of Baroque churches, but sporting selfies here,’ said Inga Romanovskiene, general manager at Go Vilnius agency. 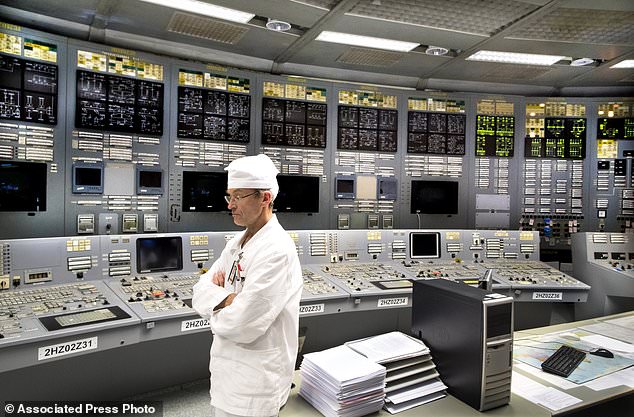 After locations in Vilnius, atomic tourists may opt to travel 100 miles north and join a three-hour tour of the nuclear plant. They are given dosimeters, plastic helmets, white clothes and shoes before venturing through a maze of long, poorly lit corridors, reactor halls, turbine hangars and the control centre with the red button, which was pushed just before the explosion. Cellphones, cameras, eating, drinking and smoking are strictly off limits.

Lynn Adams, a 49-year-old psychotherapist, came from the United Kingdom to see the whole thing with her own eyes. 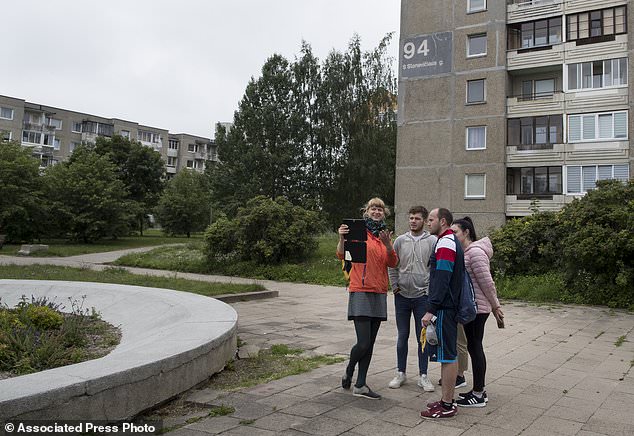 ‘It feels like you are stepping back into one of the scenes actually. It’s very, very authentic. And I remember seeing about Chernobyl on the news, but I’m so much more interested in what happened and the events having seen the drama series.

‘So I think it has kind of ignited an interest that I wasn’t aware of at the time,’ Adams said after the visit to the Soviet-era district used for Pripyat.

Antanas Turcinas was among those sent to Chernobyl weeks after the disaster. He hopes the buzz from the miniseries leads to better care for survivors.

‘This movie has brought back old memories. Emotions are very strong, because in 1986 we did not understand what we faced. I am happy to be still alive,’ he said.

Jet2 restarts flights and holidays to Cyprus from August 17

17 of the best luxury spa breaks in the UK