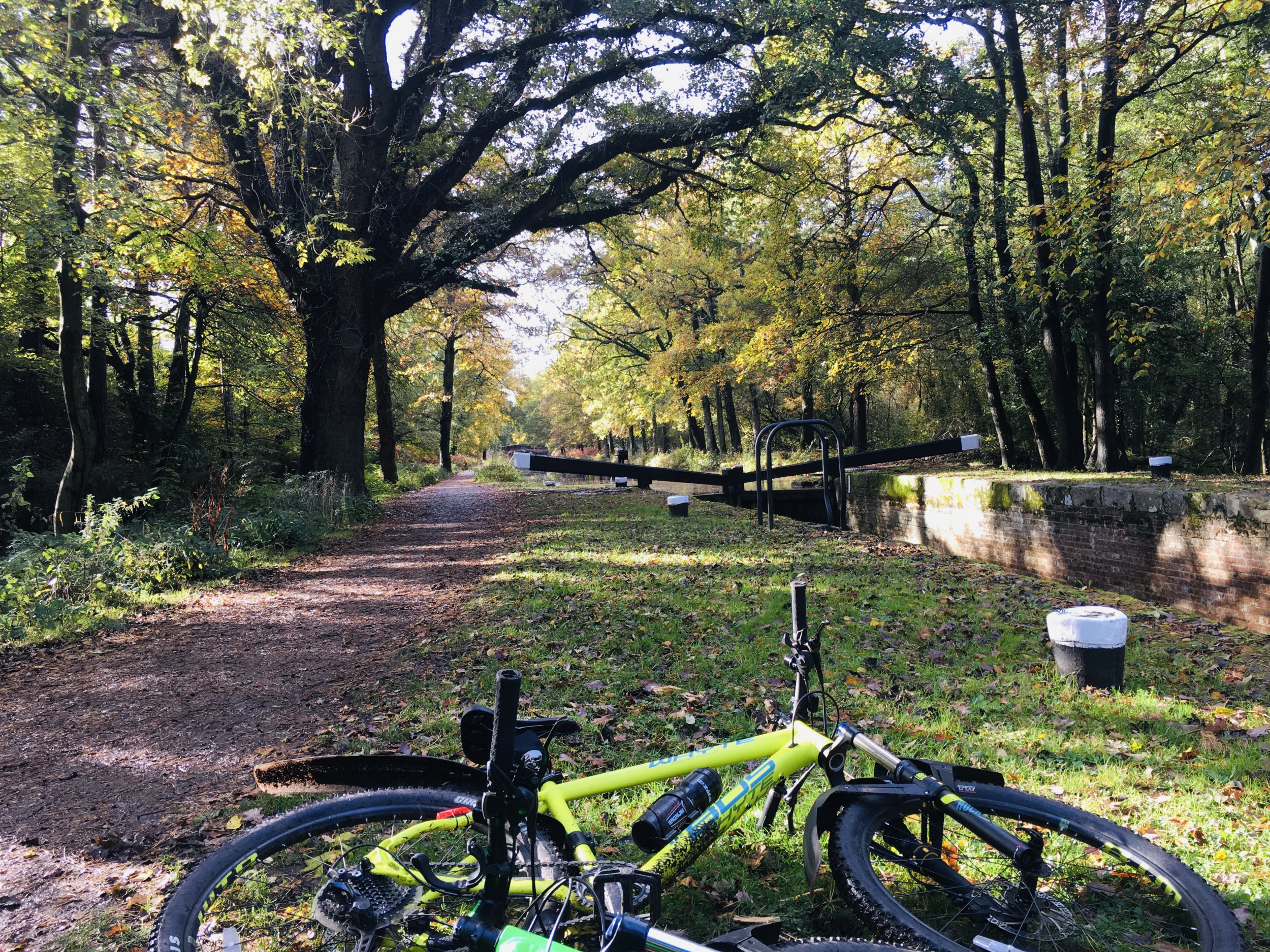 Back home, my daily bike rides in Weybridge, Surrey, saw me joining my husband’s two-wheeled commute to work along the Basingstoke canal to Woking.

For years I’ve joined him on his daily journey along the same towpath but when the pandemic kicked in, I realised it might be a while until I cycled abroad again.

My husband’s daily commutes continued but, as a grounded travel writer, I started cycling further. I began by exploring the nearby Wey Navigation, which dates back to 1651.

I’d stop for picnics on waterside pastures near Guildford and dream about living in the lock-keepers’ cottages I’d pass. And I returned to the Basingstoke Canal.

When my husband reached his workplace, I no longer turned around but pressed on, setting myself the challenge of reaching a particular bench, where I’d reward myself with tea from my thermos.

I started paying attention to the canal’s information boards and learnt that much of it is a Site of Special Scientific Interest (SSSI), partly due to the 25 species of dragonfly.

When allowed, I mixed things up by dragging my bike on the train to Basingstoke and cycling the route in reverse.

I’d cycled the full length in the opposite direction by this point but by the time I neared the Basingstoke end, I’d be so shattered that my focus would be solely on the finish line. Doing it in reverse changed all that.

I discovered that the canal starts at the bat-filled Greywell Tunnel, an SSSI home to several rare species. And I had time to not only notice but to explore the canal-side ruins of Odiham Castle, built by King John in 1216.

At Farnborough Airport, I paused to watch private jets glide in and at Deepcut I noticed the tightly packed series of 11 locks built hundreds of years ago.

My advice? Find a bike, saddle up and explore your local area. Cycling allows you to discover new places and will give you a new perspective on areas you already know. And when the pandemic is over, it’s a great way to explore further afield.

For now, I’m happy to report I’m joining my husband on his daily commutes and it no longer feels like a slog.

We compete to see how many herons we spot, listen out for woodpeckers and laugh at near-misses when panicking squirrels react to our appearance by throwing themselves across the towpath.

It might not be Bolivia’s Death Road but that’s just fine.

around, cycling, local, Why, Your
You may also like:

Japan declares a state of emergency for third time; what does that mean for the Olympics?