The world’s best superyachts are named in prestigious awards

The biggest, most innovative and luxurious superyachts from across the world have been revealed.

They are the winners of the Boat International Media’s World Superyacht Awards 2018, with 96.55m Faith – a £148million vessel complete with spa pool and pizza oven – scooping the highly coveted Motor Yacht of the Year award.

Other vessels that were recognised at an awards ceremony held in Florence, range from some of the most complex and challenging vessels ever built to magnificent explorer yachts.

‘On behalf of the team at Boat International, we’d like to offer heart-felt congratulations to this year’s winners. Everyone involved should be immensely proud of their achievements and enjoy their success.’

For a taste of sailing on the high seas in ultimate luxury, scroll down to view the multi-million pound boats that picked up the gongs this year. 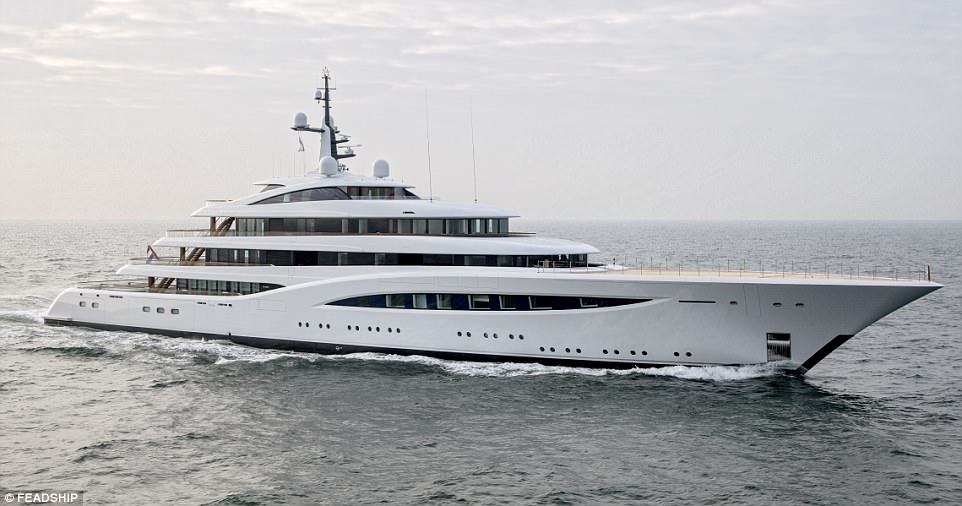 Pictured is the overall winner Faith, a $200million (£148million) vessel complete with spa pool and pizza oven. The yacht won in the category of Displacement Motor Yachts 2,000GT and Above and Motor Yacht of the Year. Boat International Media said: ‘Not only did her owner expect new standards in design and construction to create an aesthetically pleasing vessel, but also in novel glass technology. The nine-metre long and 2.5-metre deep swimming pool on the main deck aft, for example, has a 68mm curved glass bottom, constructed by laminating five layers of glass interspersed by a clear foil… Many other features also attracted the judges’ eyes, including the three-metre high skylight dome in the master stateroom, and a wood-burning pizza oven on the top deck – a seemingly simple installation but one that required advanced design to clean soot and other particles from its smoke’ 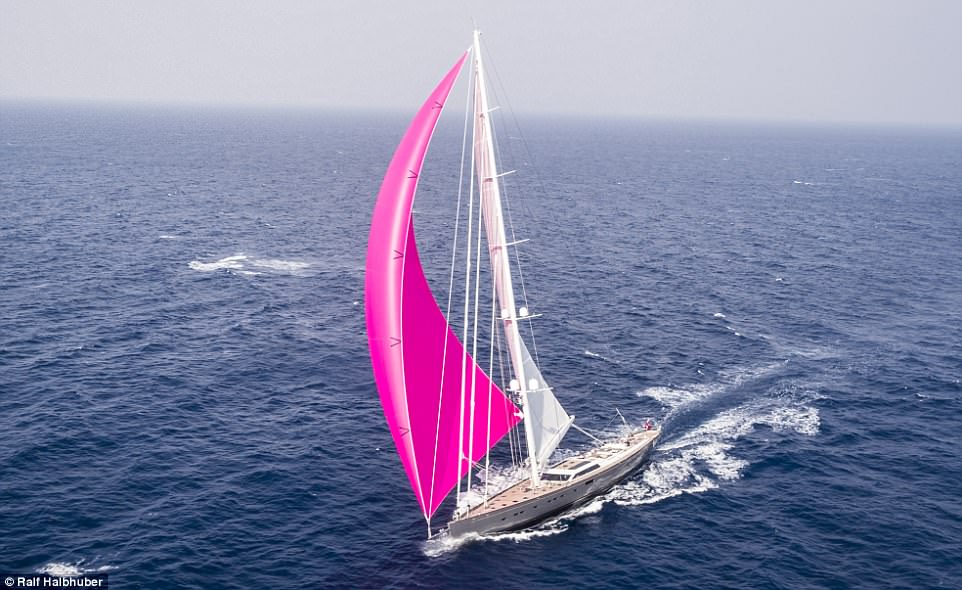 When it comes to sailing yachts, one particular vessel shone above the rest, picking up two highly coveted awards. Baltic Yachts’ 53.9m Pink Gin, a carbon fibre, high-performance, global cruising yacht, was the worthy winner in both the Sailing Yachts 50m and Above and Sailing Yacht of the Year categories. The technological advances across her hull and rig and her power-assisted ‘force feedback steering’ system are what sealed her place as winner in both categories 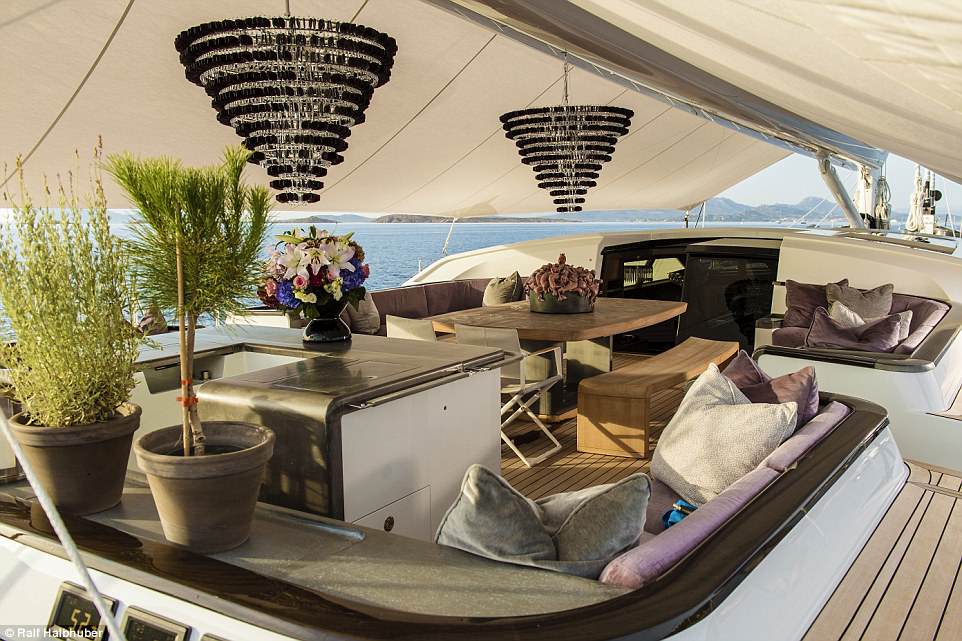 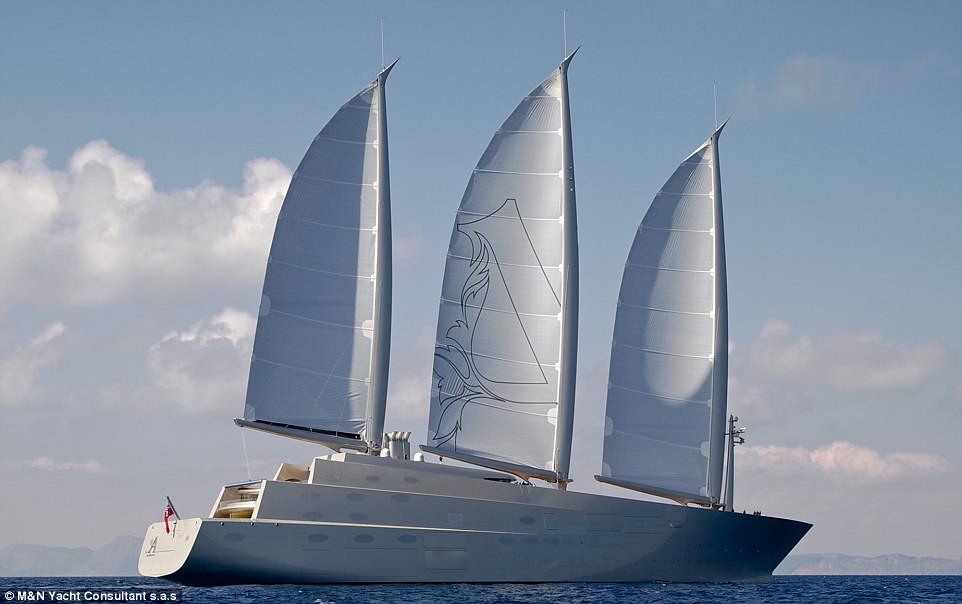 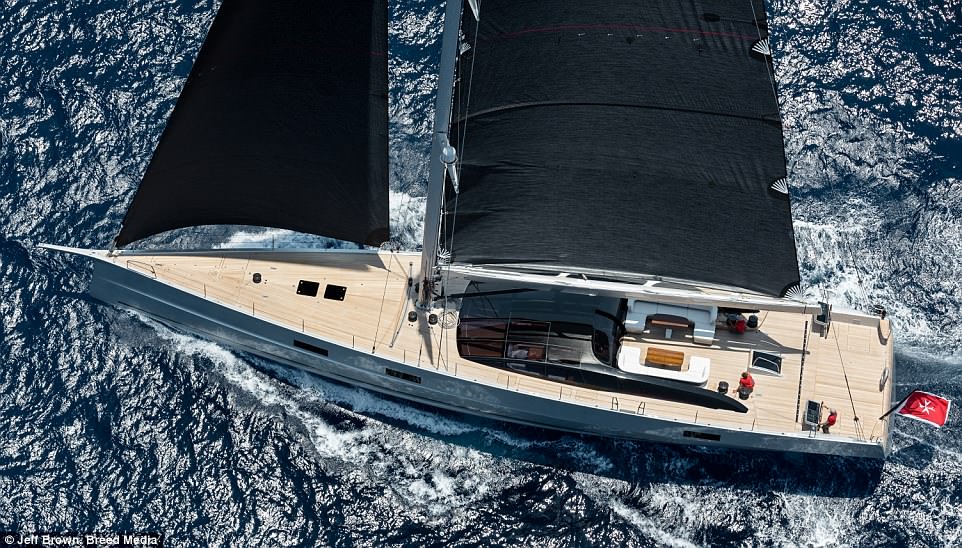 Another victor was the 32.6m sailing yacht Ribelle, which was awarded the trophy for Sailing Yachts 30m to 49.9m. Class winner of last year’s Maxi Yacht Rolex Cup, Ribelle was deemed the perfect modern mix of ‘luxurious cruiser and thoroughbred racer’ 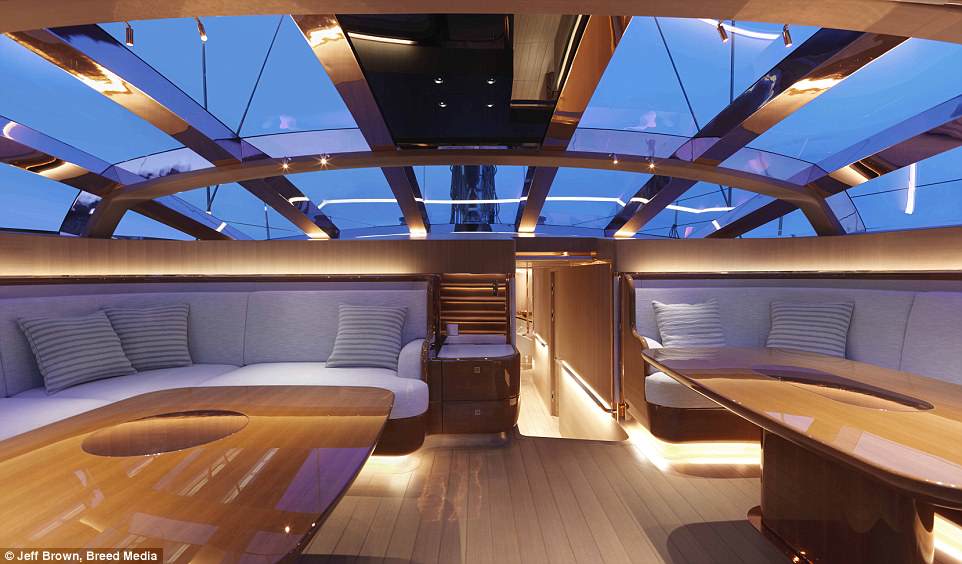 Stand-out features of the Ribelle yacht include a glass-topped saloon that provides natural light and a modern interior design, by Rémi Tessier, alongside exterior design by Malcolm McKeon Yacht Design 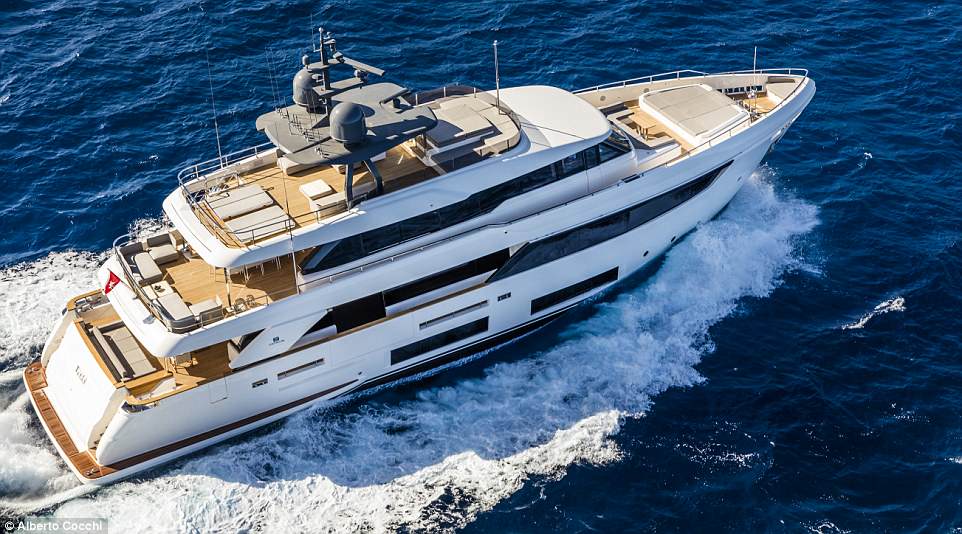 The Semi-Displacement or Planing Three Deck Motor Yachts category consisted of eight nominations, but the 33m Telli, built by Ferretti Custom Line, was ultimately chosen as the winner. With deck spaces on all three levels and seamless flow from the exterior deck to the interior, the judges were impressed with the bright and open design 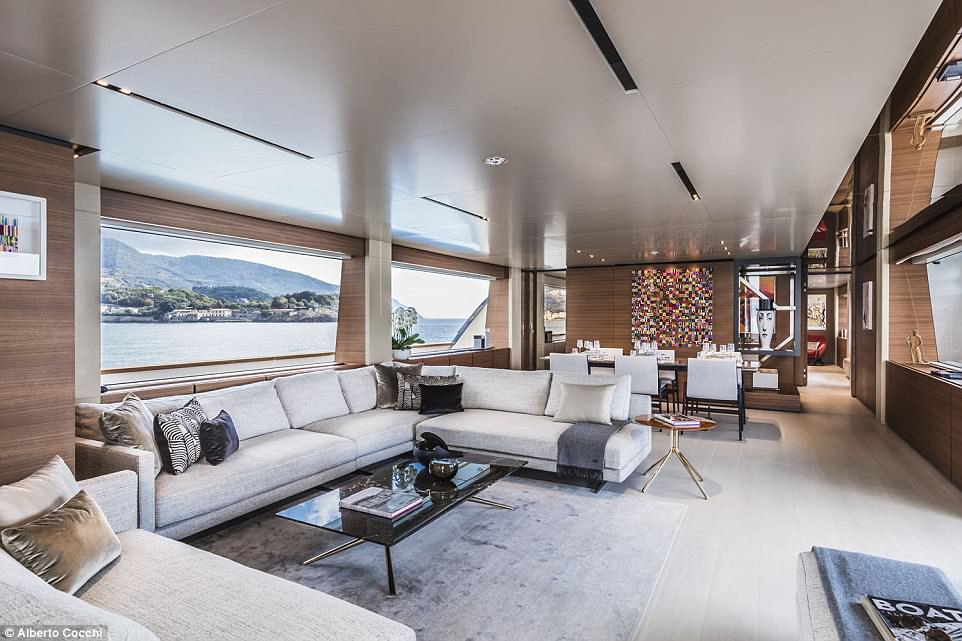 Telli’s other features noted by the judges were the ‘drive-in’ tender garage and the contemporary, yet classic interior design 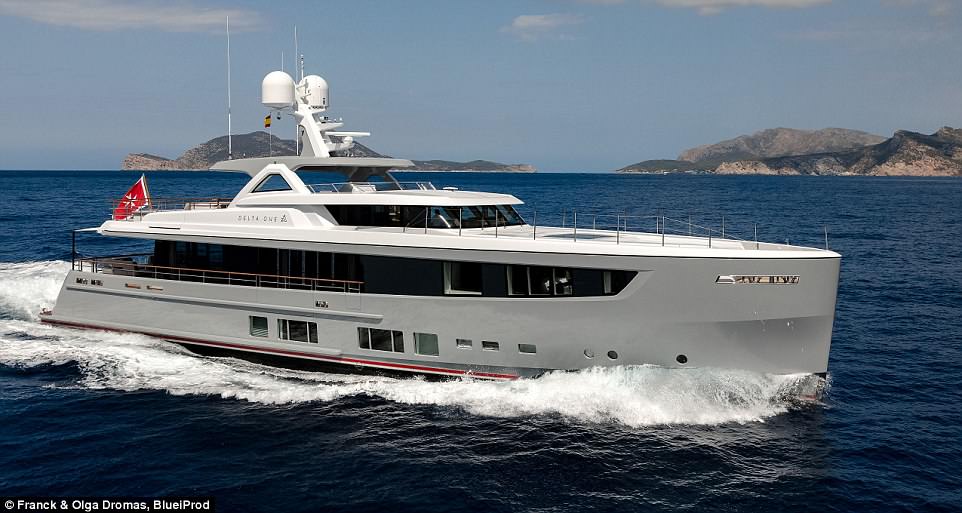 Delta One, built by Mulder Shipyard in the Netherlands, ultimately took first place in the Displacement Motor Yachts Below 500GT, 30m to 39.9m class after a lengthy review of all nominations. This 36m bespoke yacht’s features include spacious deck areas with a large spa pool, two shaded dining areas and a garage large enough for a 6.25m Williams tender. The spacious design and family-oriented features make this yacht very special and a deserving winner

The Displacement Motor Yachts Below 500GT, 40m and Above category this year consisted of nine very competitive nominees, with the judges dedicating significant time to examining all aspects of each entrant. The vote saw 52m Seven Sins – built by Italian shipbuilding company Sanlorenzo – emerge as the winner, making it a particularly noteworthy achievement for her builder 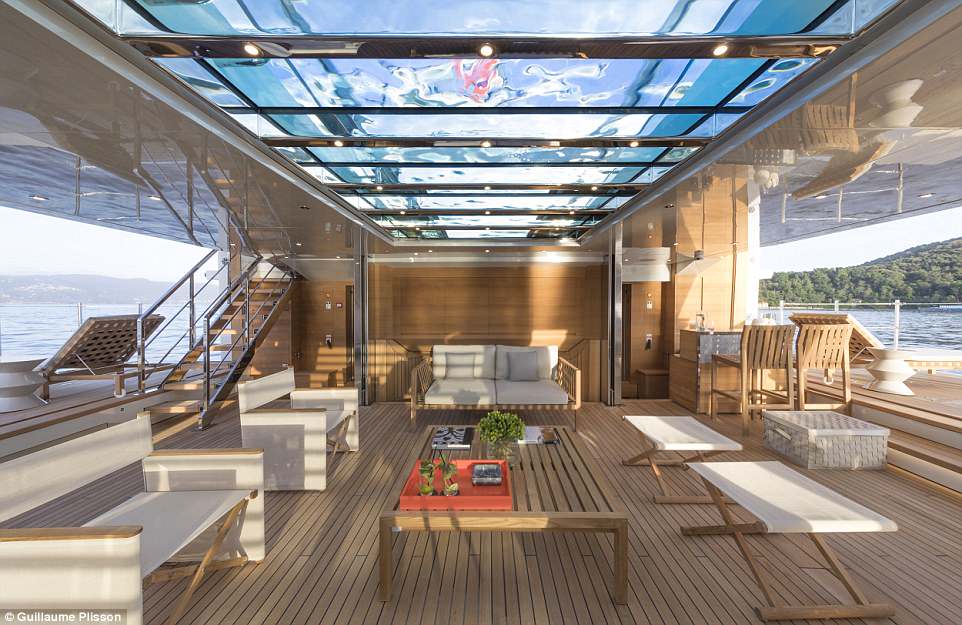 The judges were impressed by Seven Sins’ elegant lines, multiple outdoor spaces, and glass bottom pool that creates a spectacular light effect in the beach club beneath. The interior and exterior were designed by Officina Italiana Design, who created a contemporary and open plan for Seven Sins

Letani, a versatile and well-built cruiser took home the award in the Semi-Displacement or Planing Two Deck Motor Yachts 30m to 34.9m category. The 34.7m yacht from Feadship was designed to take on both local cruising and extended journeys as well as entering shallow waters and small ports 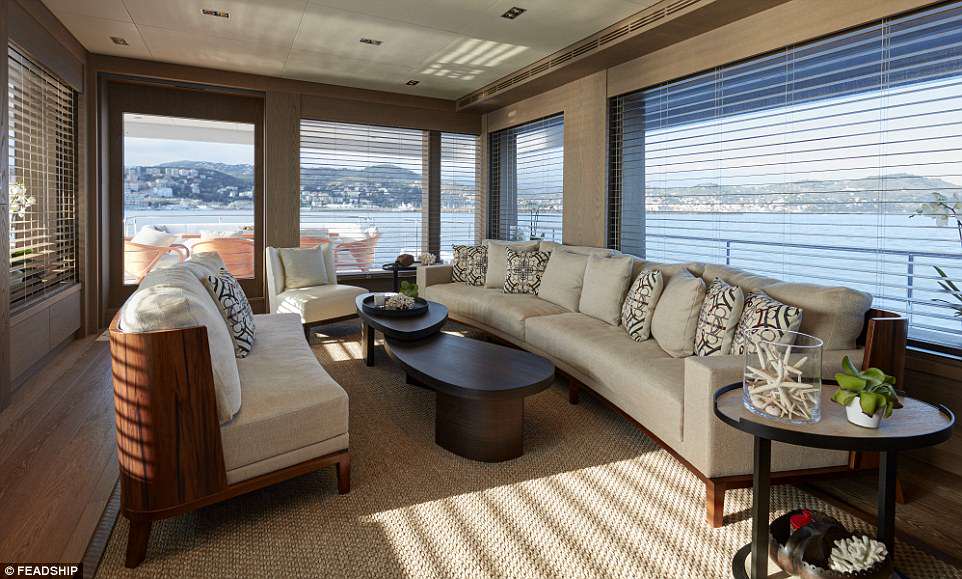 Letani’s owner was intimately involved in the design, creating a home at sea for his family 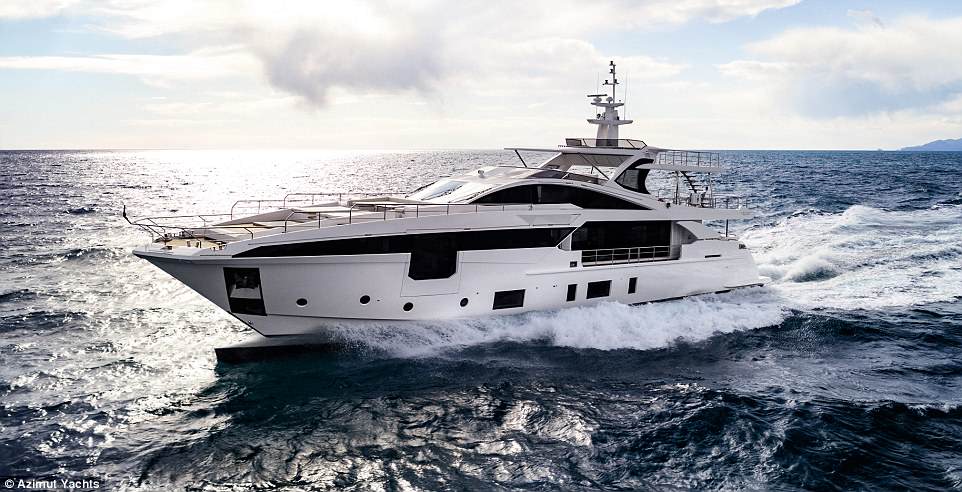 Another worthy recipient of a Neptune trophy was Azimut Yachts’ 35m MR. OH. This newly designed and semi-custom yacht was the winner of the Semi-Displacement or Planing Two Deck Motor Yachts 35m and Above award. Stand-out features on MR. OH include large deck areas with two beach clubs and a high-volume, sophisticated interior

For the Displacement Motor Yachts Between 500GT and 1,999GT award, the judges were immediately impressed by Hasna. Built by Feadship, Hasna is a beautiful 73.5m yacht with interior and exterior design by RWD. The judges were drawn to the layout that offered a large spa pool on the sundeck as well as an 8m swimming pool, and plenty of room for seating and dining. The overall construction and attention to detail in design led to Hasna’s win in her category

This year’s event saw six yachts enter the Refitted Yachts class, but the judges were on the look-out for a yacht that had completed visionary upgrades, or whose endeavours had resulted in significant improvements. 50.2m Broadwater, formerly known as Blue Moon, immediately caught the eye of the judges, thanks to the extensive work by Lauderdale Marine Center. This overhaul resulted in Broadwater being unrecognisable from her former self. Works included a new interior designed by Adam Voorhees, the addition of a sixth guest cabin, an exterior gym/spa and a new beach club 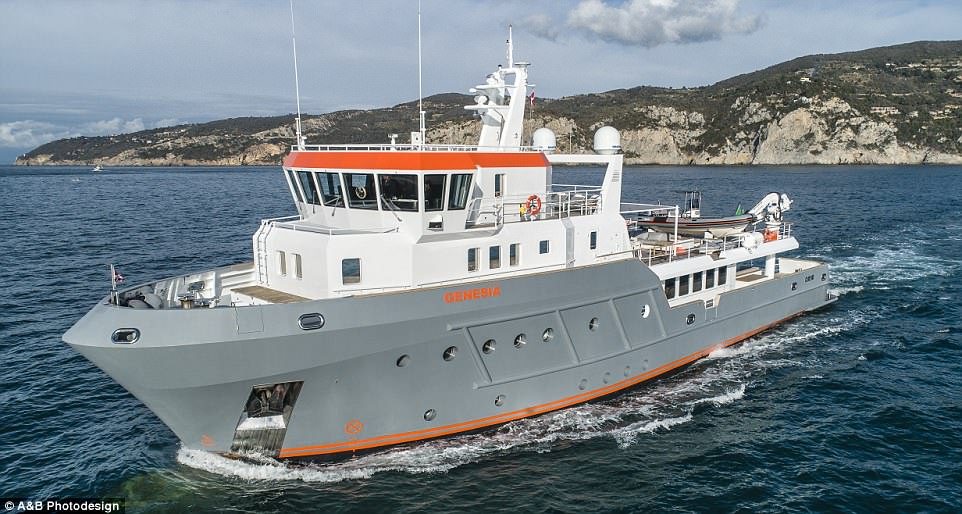 Out of the two yachts that entered the Rebuilt Yachts category, the judges ultimately agreed that 40.3m Genesia stood out from the competition. Genesia received a new interior and machinery as well as being taken back to clean steel. Although this yacht started off as a commercial tug, she now has the look and build of an expedition yacht. The judges deemed this a highly successful rebuild by Italian yard Cantieri Navali Chioggia that readied her for operations in high and low latitudes 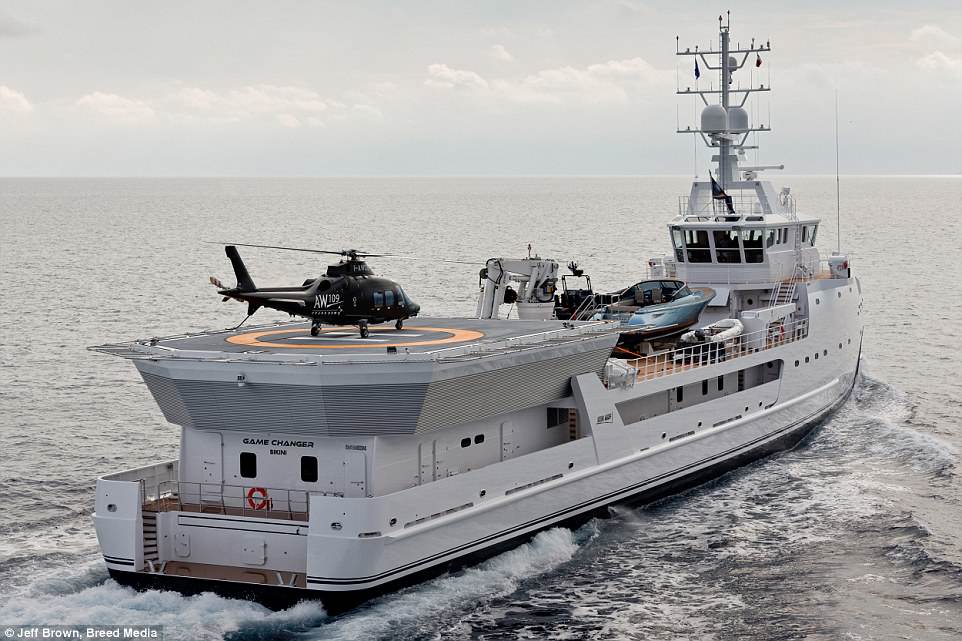 This year’s new category of Support Vessels was added as a reflection and celebration of the changes in the superyacht world. Of the three nominations for this new category, Game Changer’s helicopter landing and storage capability, hospital facility and ability to carry or launch four specialist tenders as well as a submarine are key to Damen’s 69.2m Game Changer winning the title of first ever Support Vessel of the year

The Voyager’s Award, which honours the most inspiring expeditions by a superyacht, went to CRN’s 60m Constance, which served not only as a home for its eight-month journey, but also as a learning space for the owners’ four young children. The cruise took the owners and their family through the Caribbean and the Pacific. As a part of their journey, they were able to take on new hobbies such as scuba diving, fishing, and photography 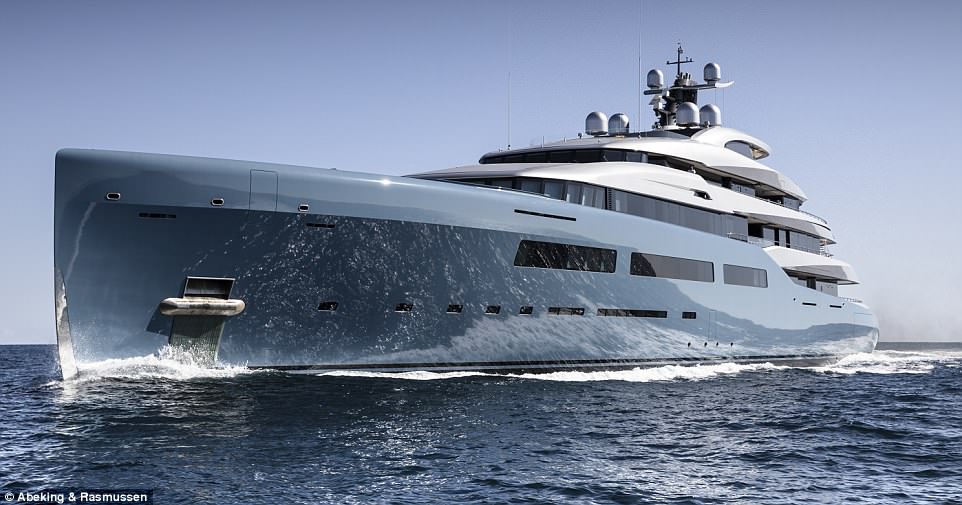 Motor Yacht Aviva was deemed worthy recipient of the Judges’ Special Award. Built by Abeking & Rasmussen, this 98.4m yacht features interior and exterior design by Reymond Langton Design. One of the specially noted features was the padel tennis court located in the centre of the lower deck, which is enjoyed on a daily basis by the owner, crew, and guests. The judges were impressed with the modern lines, eye catching hull colour, and beautiful interior which is a full-time home for the owner

Awards-, best, named, prestigious, superyachts, the, Worlds
You may also like:

Is this the 'greatest safari in the world'?

The hidden UK islands you should visit after lockdown

The Isle of Man is ALREADY opening up self-catering properties – so when can we get there?