GOING abroad doesn't increase your risk of catching coronavirus, according to a new study.

The study, conducted by the Office for National Statistics (ONS),found the infection rate of people who travelled abroad is nearly the same as people who remained at home. 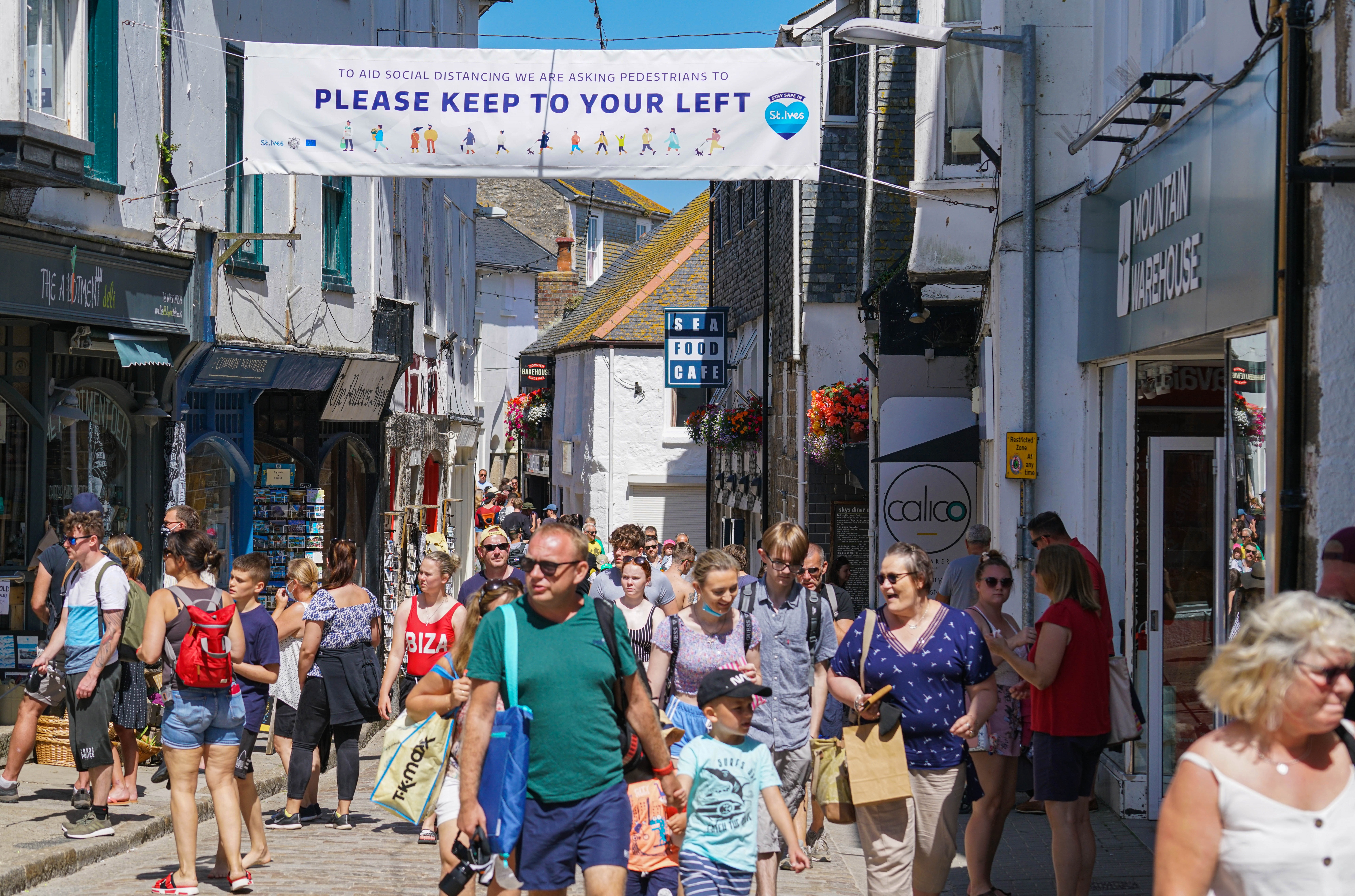 Earlier studies shows this was not the case, and that positivity rates were much higher in those who travelled overseas.

The latest survey found, between September 25 and October 8, three per cent of people in the study went abroad, and 0.58 per cent tested positive.

Those who had not travelled abroad, had a 0.49 positivity test rate, showing very little difference between the two.

A survey by the Office for National Statistics (ONS) found that the infection rate among those who travelled abroad in the past 30 days is roughly the same as that for people who stayed in the UK.

Previous iterations of the long-term study to track Covid in the population had found that those who travelled abroad had higher positivity rates. 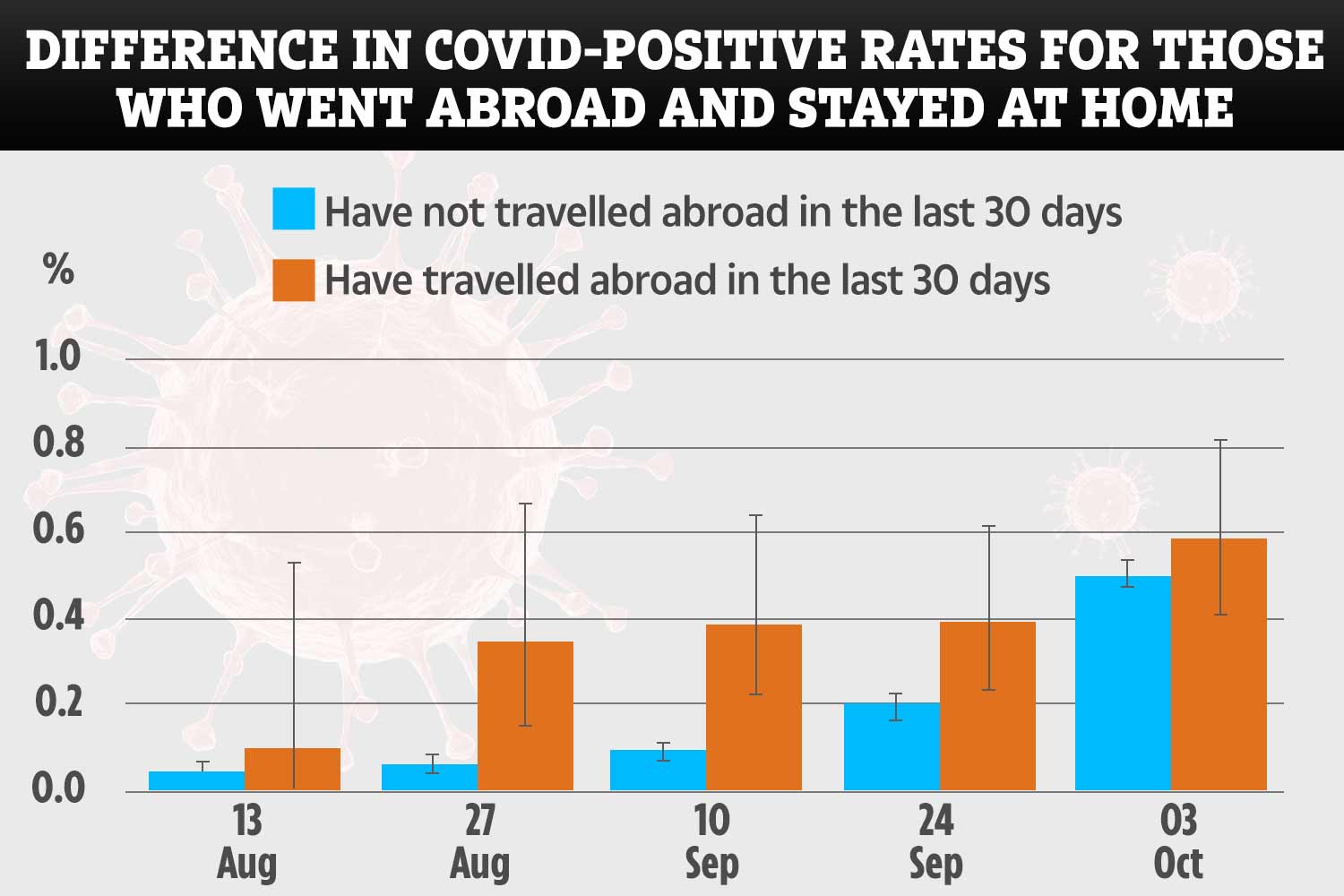 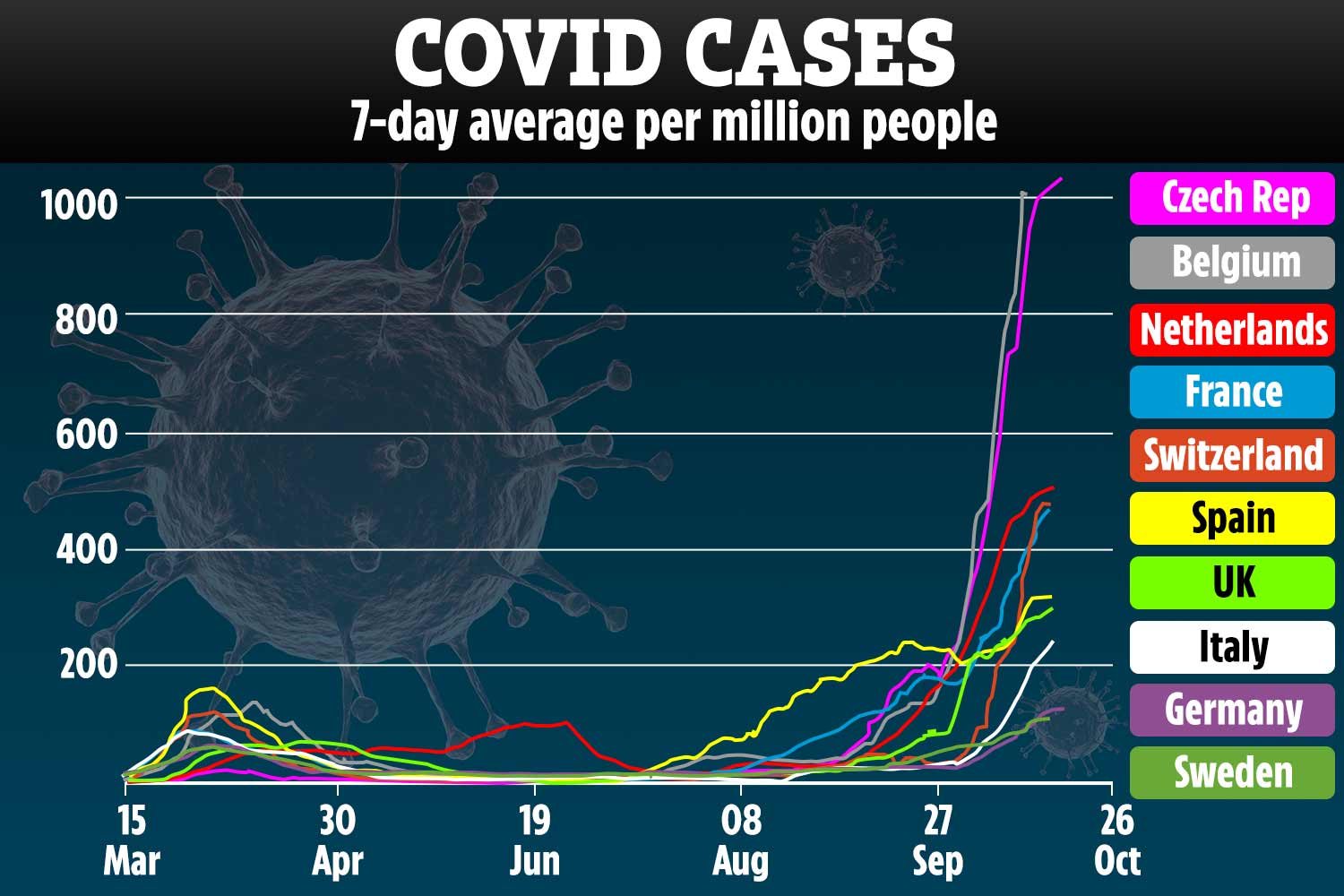 Between September 25 and October 8, just three per cent of participants travelled abroad, and 0.49 per cent of those who had said they had not done so in the last 30 days tested positive compared with 0.58 per cent who had travelled.

Experts said this means there is effectively "no longer a difference" in risk between the two groups.

Katherine Kent, the co-head of the analysis of the survey said: "Analysis now shows that, unlike before, there is no longer a difference in the rate of infections between those who have travelled abroad and those who haven't.

"When looking back at the whole duration of the survey, we are still seeing that a fairly low percentage of people who test positive report any symptoms at the time of their test, although this has increased since a low in late June and July." 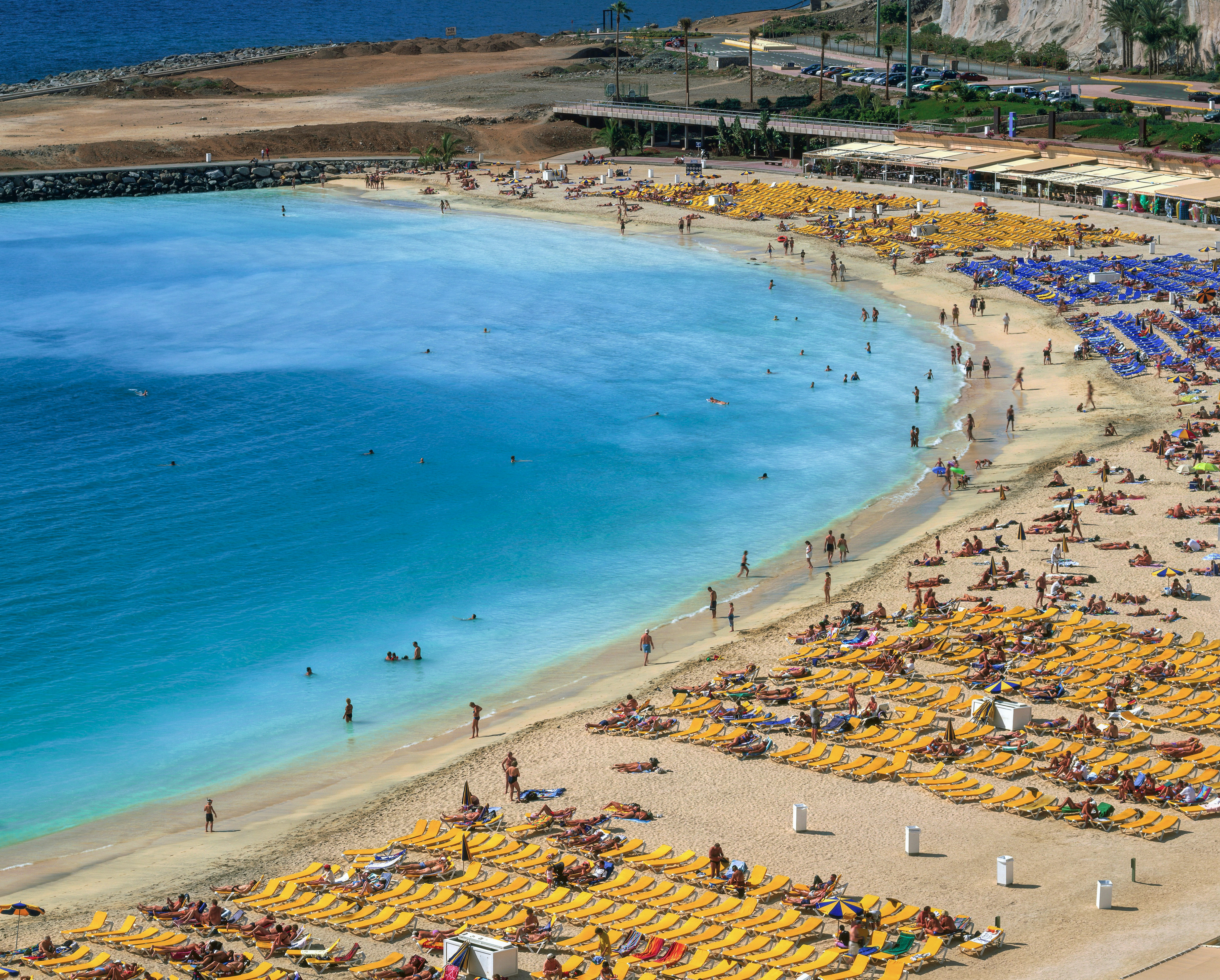 It follows urgent calls from the travel industry to introduce airport testing to replace the current quarantine restrictions which have crippled airports and airlines.

This could eventually be rolled out for other destinations, such as the US.

Transport Secretary Grant Shapps has also told airline bosses that ministers had agreed passengers will only have to self-isolate for seven days under their new “test and release” scheme.

He confirmed that it could be in place as soon as December.

Dubai and Egypt could soon open up to Brits once again, due to their falling new cases and talks of travel corridors.

The Canary Islands were added to the UK's air bridge list last week, along with the Greek island Mykonos and the Maldives.

Here are some of the last minute holiday bargains you can still grab to destinations welcoming Brits.