More than 3,000 areas had NO burglaries solved last year

Revealed: More than 3,000 areas in England and Wales had NO burglaries solved last year amid fears criminals are enjoying ‘easy pickings’ because of the lack of police on the streets

More than 3,000 areas in England and Wales had no burglaries solved last year, as citizens say criminals are enjoying ‘easy pickings’ because of the lack of police presence.

Out of nearly 5,900 neighbourhoods with more than 20 burglaries last year, police failed to solve 3,105 cases, or more than half of the crimes.

New figures also revealed that seven out of 10 burglary investigations were closed without police ever identifying a suspect.

The staggering amount of unsolved crimes prompted the Police Federation to say burglars were getting used to ‘never being stopped by police, never mind arrested.’ 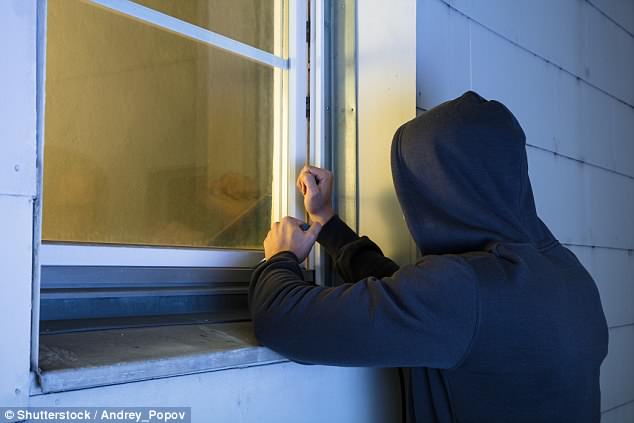 More than 3,000 areas in England and Wales had no burglaries solved last year, as citizens say criminals are enjoying ‘easy pickings’ because of the lack of police presence 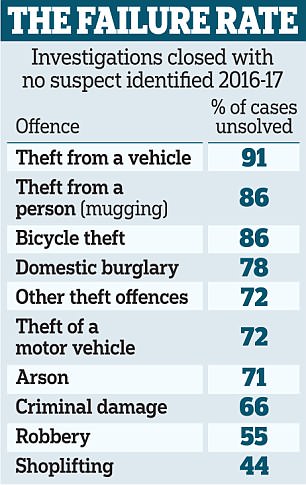 The shocking figures were analysed by the Sunday Times after looking at crime figures for 34,250 neighbourhoods in England and Wales.

Salisbury, Canterbury, Cambridge, Oxford and St Albans all have high rates of where burglaries go unsolved.

In Bristol, there were more than 50 neighbourhoods with more than 20 break-ins that had unsolved burglaries.

Rob Knight, who lives in Henleaze, Bristol, told the paper that his home had been burgled three times in five years, with no arrests made on any of the incidents.

The 49-year-old had his truck stolen when thugs broke into his home and snatched his keys, using the vehicle in two ram-raids.

Mr Knight blamed the continued crime on the lack of police presence, saying: ‘We don’t have community police officers on the streets any more and they closed down the local police station. It’s become easy pickings.’

The failings of police can be contributed to budget cuts, says Simon Kempton, the operational policing leader for the Police Federation.

He told the Sunday Times that the lack of funds was having a ‘massive effect’ on the ability to tackle crime, leaving officers apologising to victims for the efficiency of their investigations. 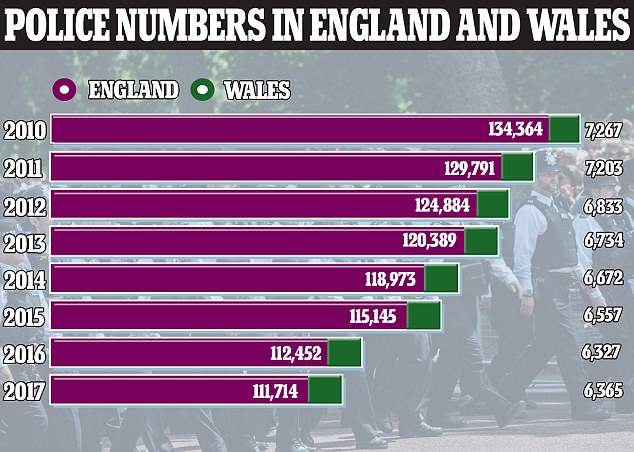 The number of police officers in England and Wales is at its lowest level since the late 1980s, with a significant drop between 2010 and 2017 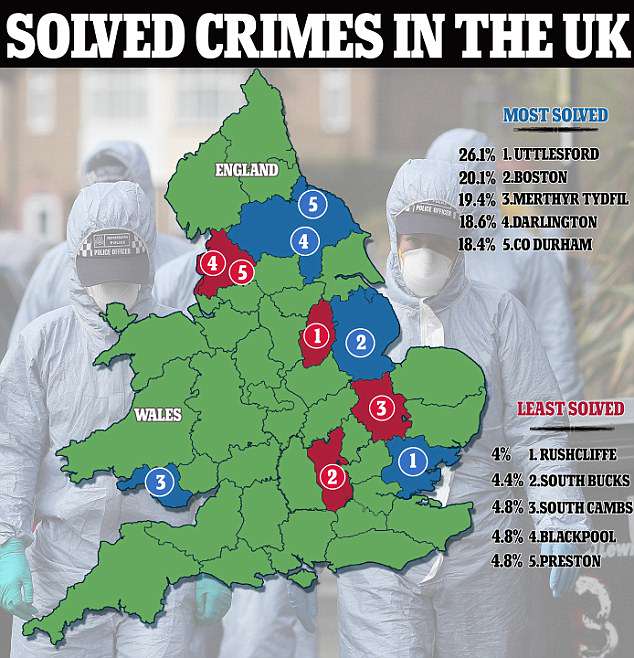 Rushcliffe in Nottinghamshire had the lowest rate of solved crime in 2017, while the most crimes were solved in Uttlesford in Essex

Burglaries aren’t the only crime police are failing at, as figures show that less than one in 20 street robberies and burglaries are being solved in the UK.

Official police data shows that just four per cent of robberies and three per cent of burglaries were solved in England and Wales in 2017.

The figures will fuel concerns that there is a crisis in the nation’s policing, with one MP describing London as ‘the Wild West’.

In more than 1,000 neighbourhoods with at least 30 crimes, the police failed to catch and punish any of the suspects, The Sunday Times report.