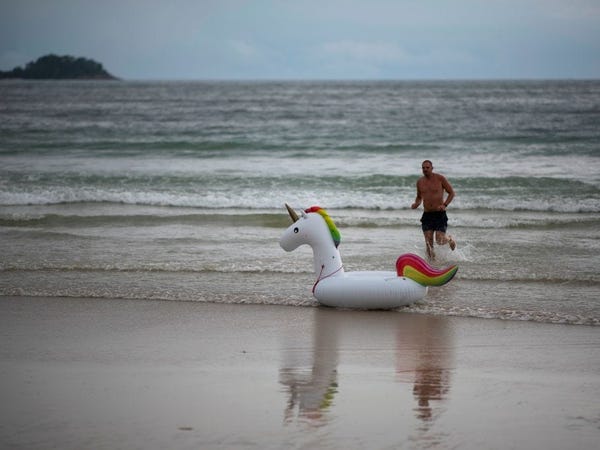 A 4-year-old toddler found herself floating nearly a mile off the coast of Greece on Monday, accompanied only by her unicorn floaty.

The child had been pulled out to sea by a current when her parents looked away for only a second.

Luckily, a crew of a passing ferry approximately 1600 feet off the Gulf of Corinth spotted the child and her inflatable companion as they drifted further and further away from the shore, reported the Greek City Times.

Captain Grigoris Karnesis pulled carefully the child aboard as onlookers watched on in awe.

"The little one was not cool, she was frozen from her fear, because the current was very strong," Karnesis told the Greek City Times. "I put the ship in such a position so as not to affect the small buoy, I placed it in such a way that the ship was not affected by ripples, because if the buoy sank we would have serious problems. We approached it slowly and we were able to rescue the child."

The rescue was captured on video by passenger Petros Kritsonis and went viral soon after he posted it to Facebook.  The toddler was reunited with her parents shortly after being rescued.

A 15-month-old toddler died after she was bitten by a family dog in an 'unprovoked attack,' police say

This one-wheeled stroller is a fun ride for kids