Follow
Home » World News » A white woman in Florida slapped an 11-year-old Black boy in the face and called him the N-word after a go-kart crash, police say

A white woman in Florida slapped an 11-year-old Black boy in the face and called him the N-word after a go-kart crash, police say 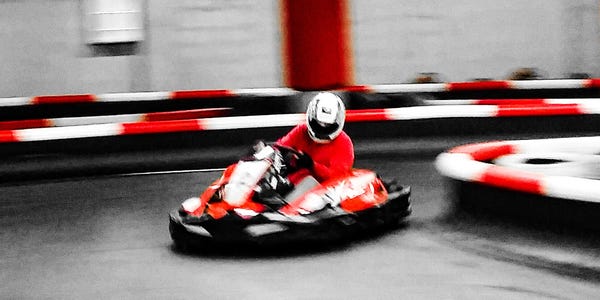 A white woman in Florida was charged with second-degree child abuse after police said she slapped an 11-year-old Black boy and called him the N-word after a go-kart crash at a game center.

According to a criminal complaint seen by Insider, the incident took place on Saturday at Boomers, an entertainment center in Boca Raton, Florida.

Witnesses told police that Haley Zager, 30, confronted the boy after he rear-ended her go-kart with his. The boy's father told police that there had been a larger collision that led to a chain reaction of rear-end collisions, including his son and Zager's.

"At the conclusion of the go-kart ride, Zager got out of her go-kart, approached (the boy) and slapped him in the face," Boca Raton police officer Ricky Lee Clinard wrote in the complaint.

Zager told police that she "tapped" the boy on the face. The criminal complaint said the boy had swelling on his left cheek after the incident.

"Zager immediately stated that she shouldn't have hit the child. Zager spontaneously uttered her account of what happened," Clinard wrote. "After the incident, Zager told a Boomers employee 'That f—— n—– hit me in the back."

Zager was arrested on suspicion of child abuse, and during a search, police found a variety of pills in an Altoids container she had hidden in her underwear.

In addition to the second-degree felony child abuse charges, she has been charged with drug possession.

She was released from jail on her own recognizance and is next scheduled to appear in court in October.

crime, florida, Kelly Mc, Race
You may also like: