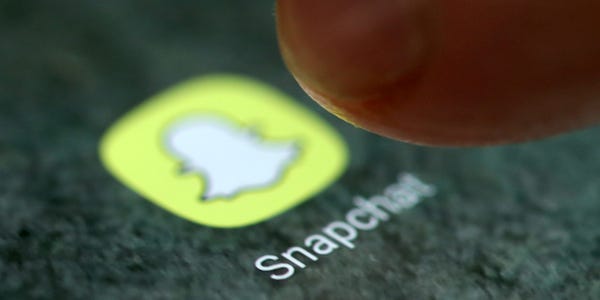 A woman traveling on the M25 highway in Surrey, England, fell out of a car after trying to film a Snapchat video while hanging out of a car window, local police said on Twitter Monday.

Despite falling into a live lane, the woman survived, which police said was "only by luck." They also added the hashtag "#nowords."

The Guardian reported that the woman was treated by paramedics at the scene, but suffered no serious injuries.

In a subsequent tweet responding to a user who questioned why officers didn't arrest anyone involved, police said there was no necessity to arrest the woman, who was a passenger in the car, and she likely learned from her actions not to do it again. They also linked to the criminal code.

"Just because no one was arrested does not mean action can not be taken," the department tweeted. "But I suspect not many people are sat there thinking this sort of thing is a good idea and those involved certainly learnt a thing or two that night."

Between 2011 and 2017, more than 250 people died around the world while trying to take a selfie, according to a 2018 study in the Journal of Family Medicine and Primary Care.

Insider's Lindsay Dodgson previously reported that the experts involved in the study suggested high-risk areas should be designated "no-selfie zones" to prevent accidents.

In January 2019, a college student in Ireland died after falling from Ireland's Cliffs of Moher while taking photos of himself.

Three months later, a college student in New York died after falling approximately 39 feet from a bell tower on campus while trying to take a photo for Instagram.