The van was transporting a prisoner when it collided with a lorry on the A27 near Lewes Prison in East Sussex just before 10.55 this morning. 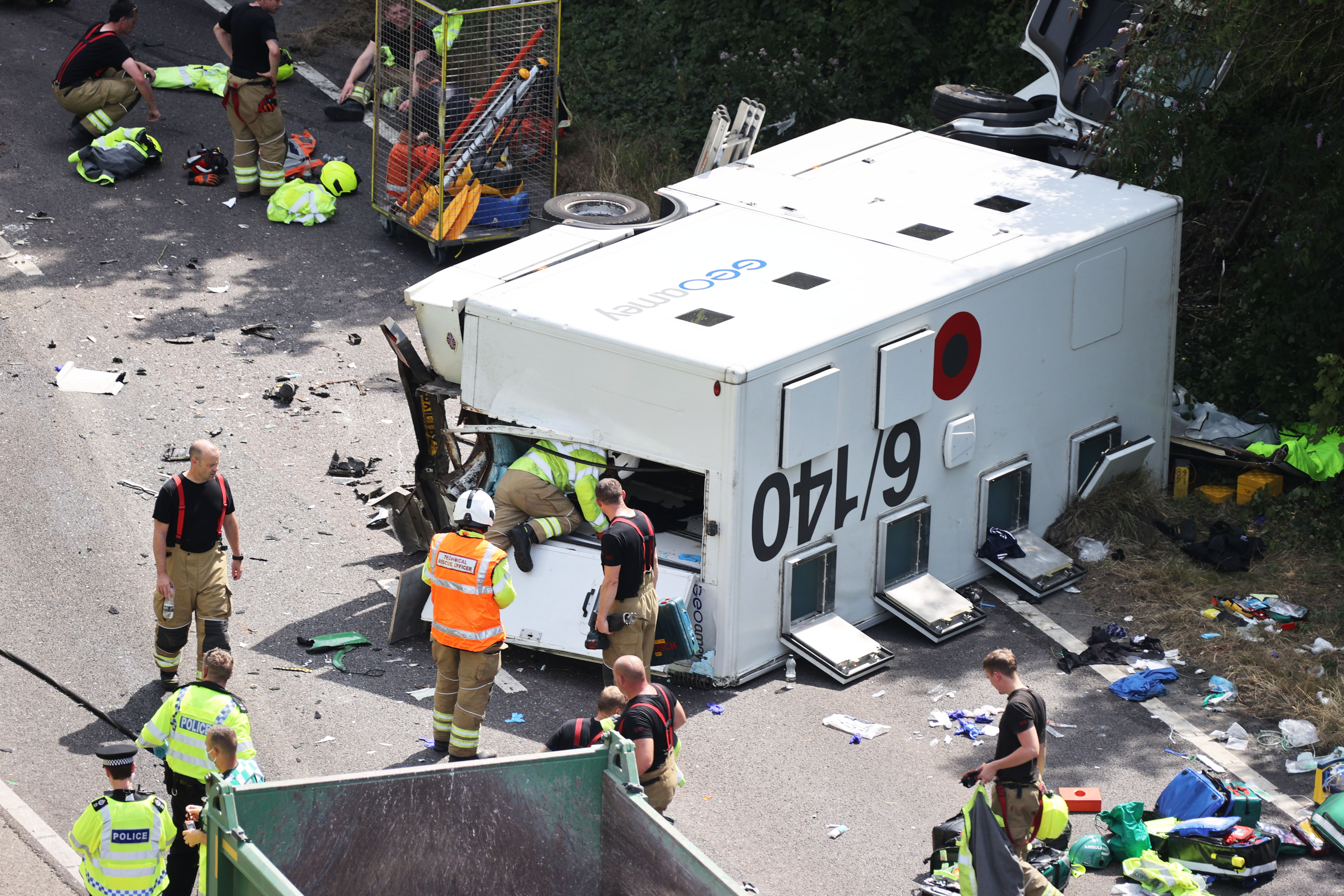 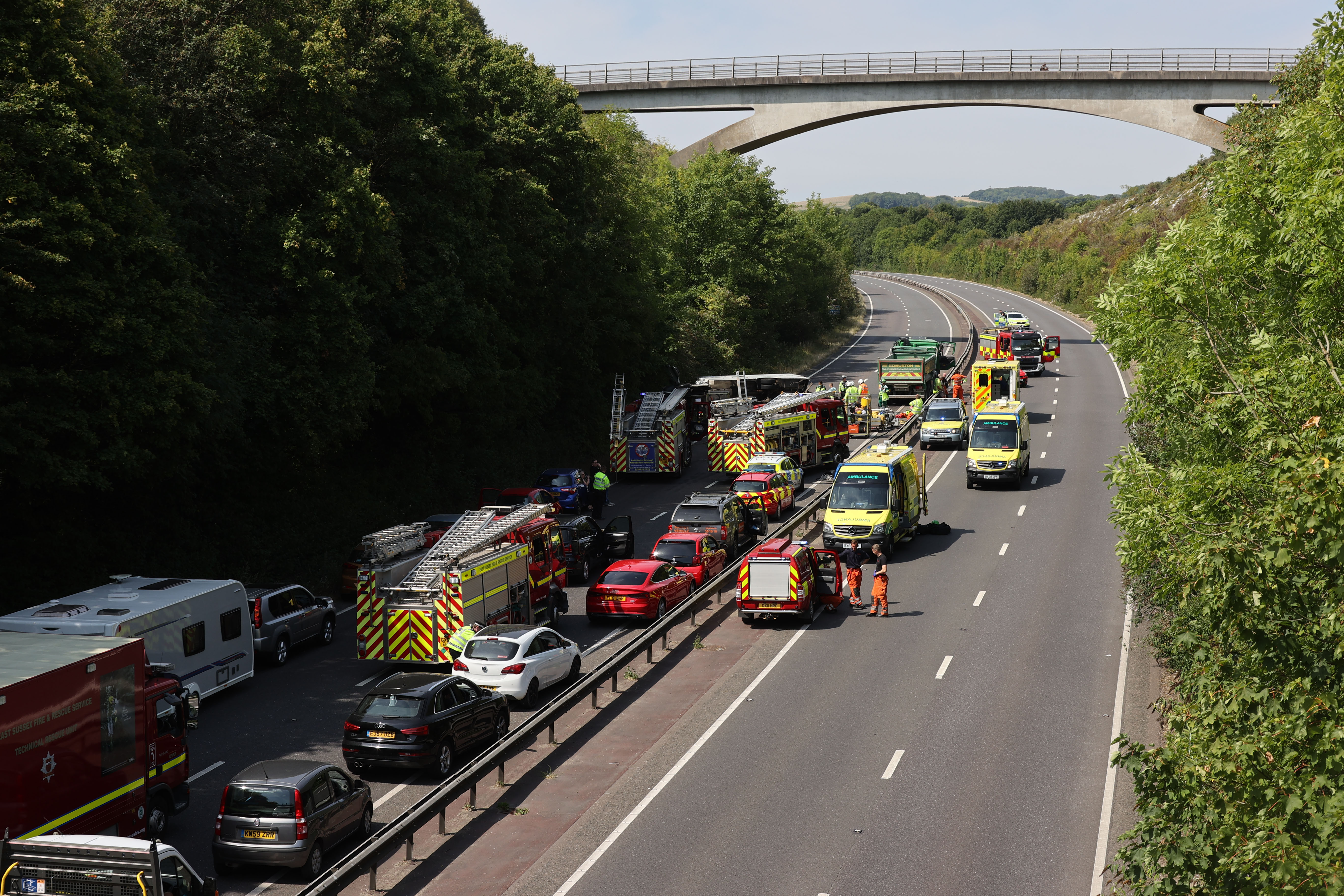 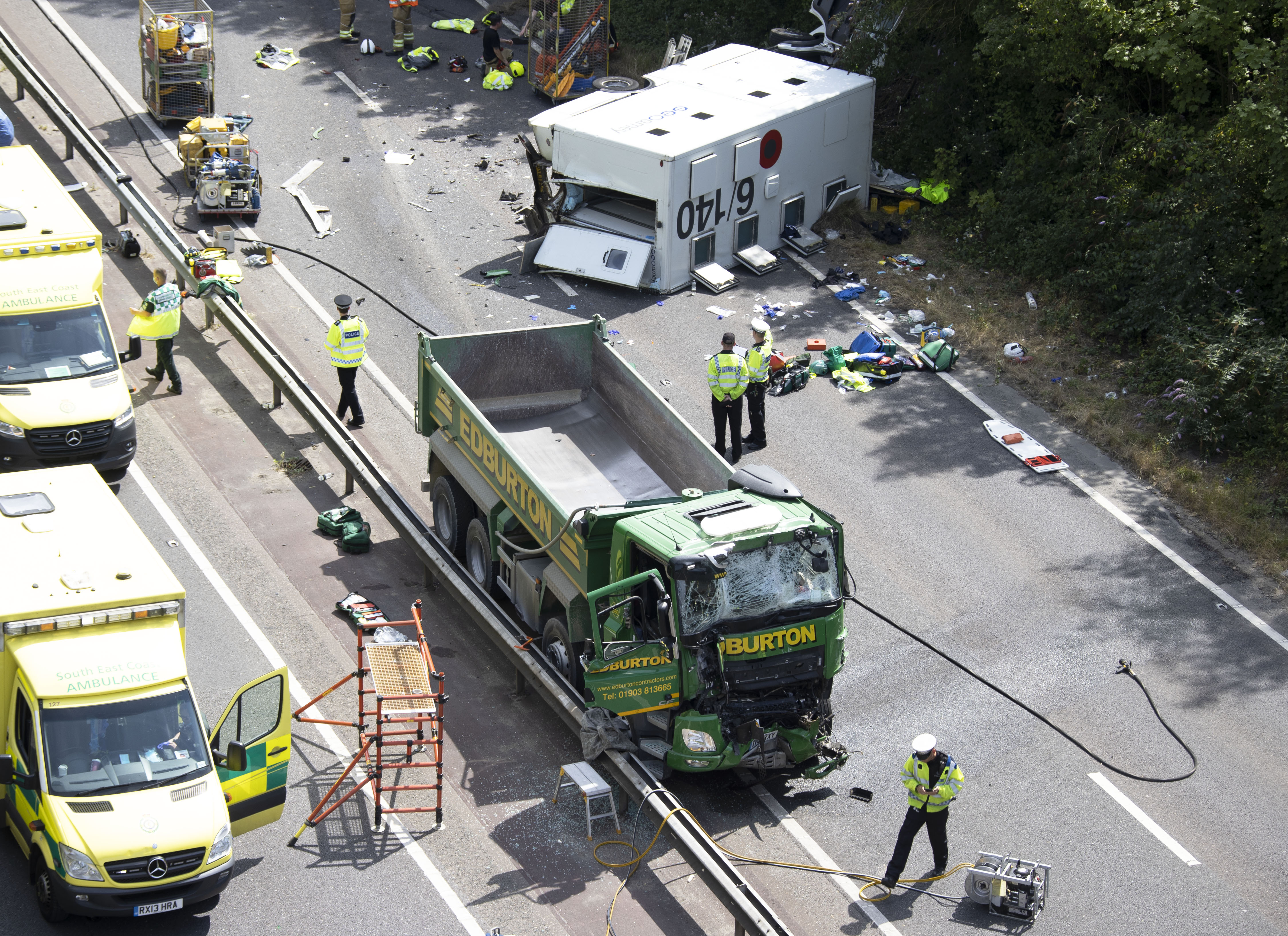 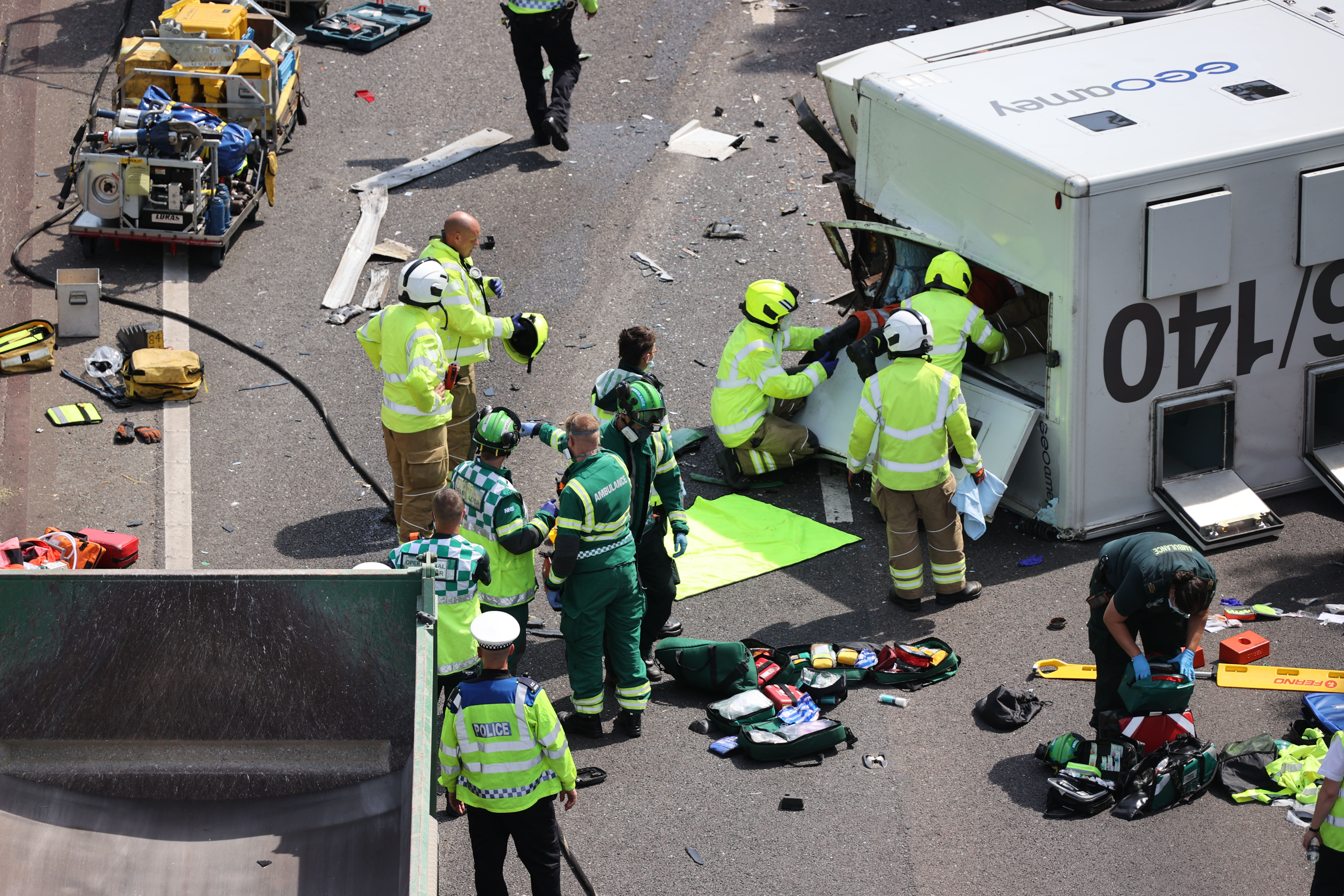 A 29-year-old man suffered serious injuries in the crash.

Four people were left trapped after the van flipped on its side, and three have been rescued.

A Sussex Police spokesman said: "Rescue and recovery work continues at the location."

The A27 has been closed in both directions between roundabouts in Southerham and Ashcombe.

Traffic is extremely blocked up, with delays expected to last until late this afternoon.

Drivers have been told to avoid the area.

A motorist stuck in the queue after the crash said: "I'm only about 20 or so cars from the accident so it'll take hours to get those behind us turned around." 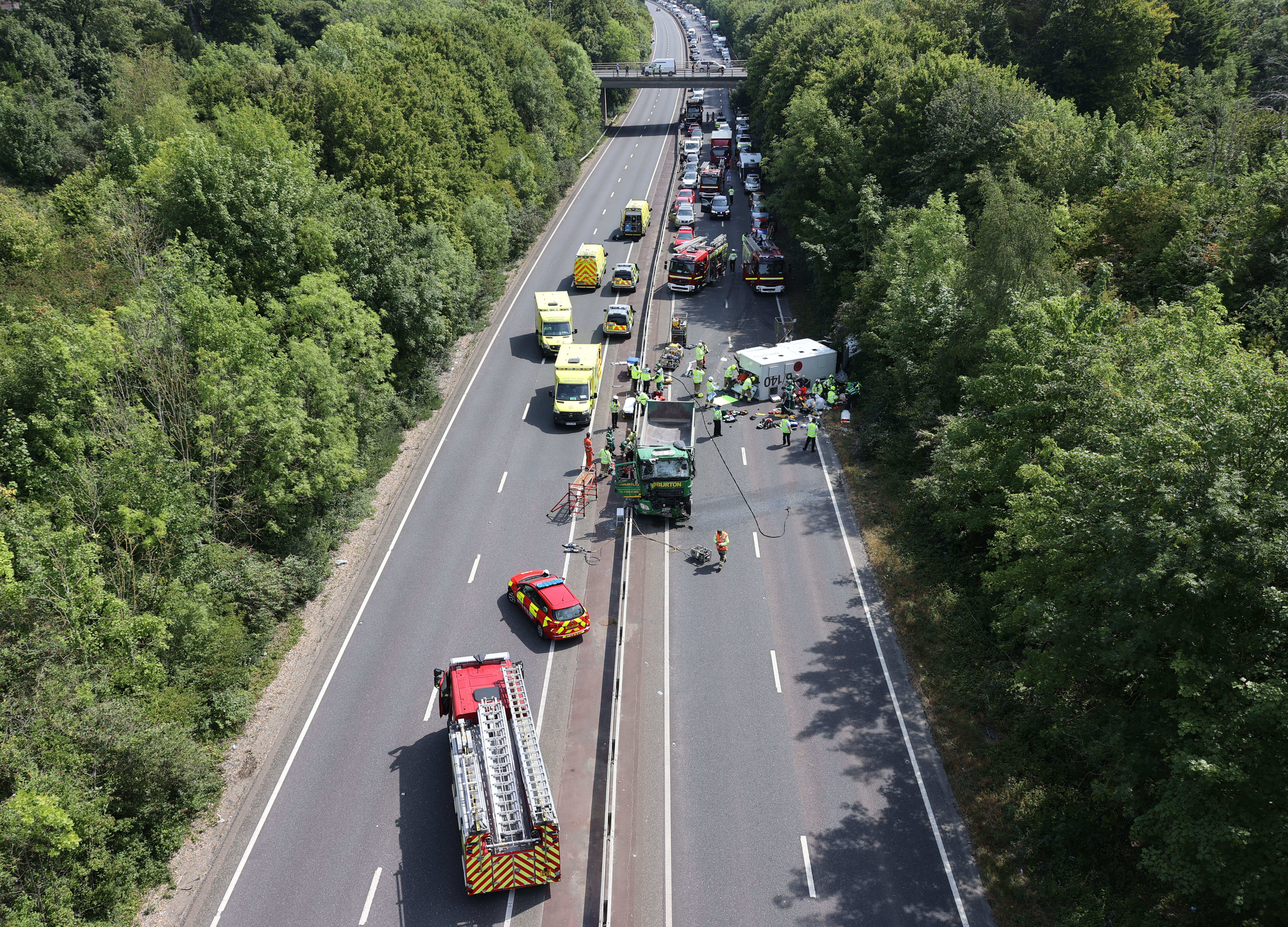 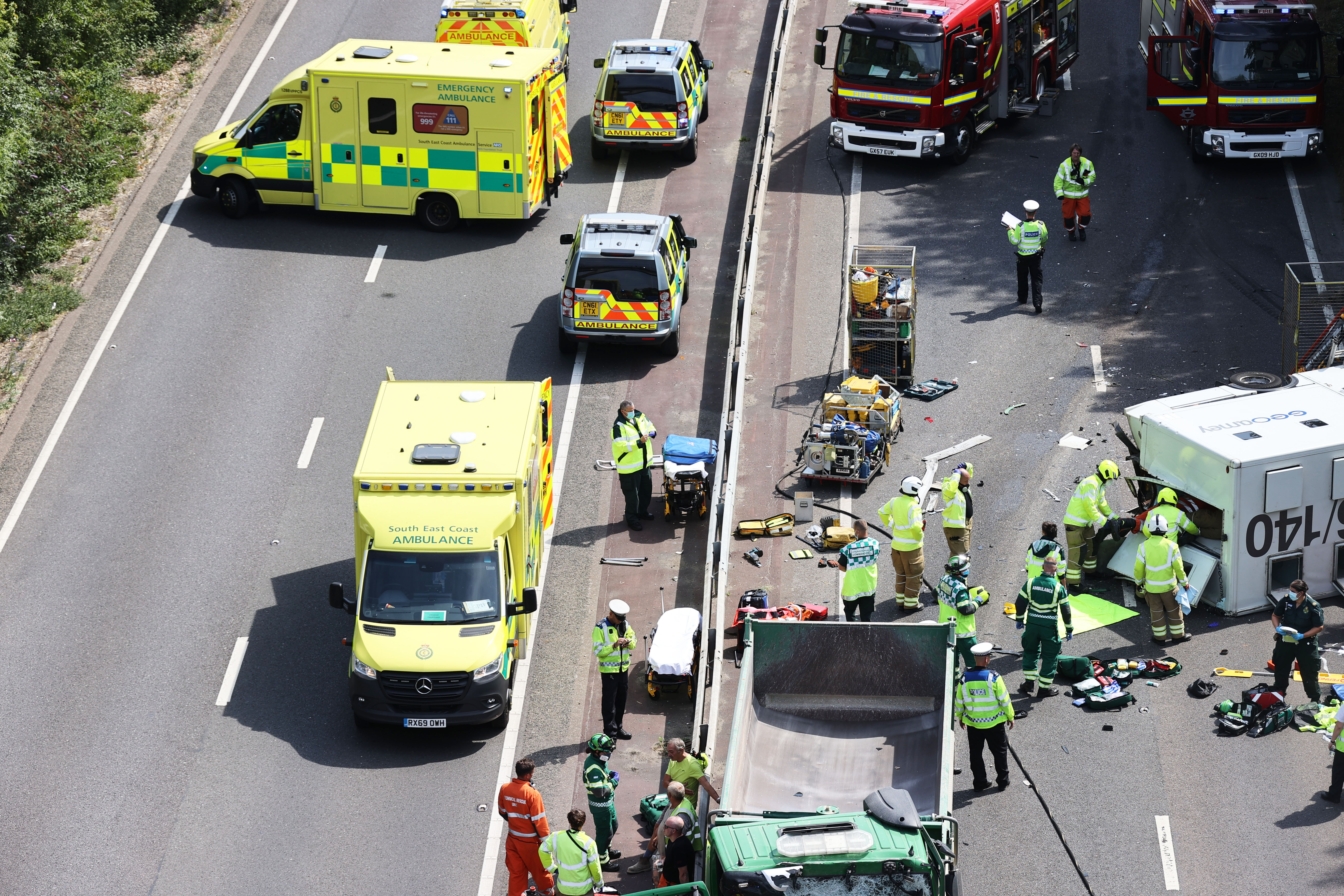