Activist was raped at Labour event says harassment is ‘rife’ 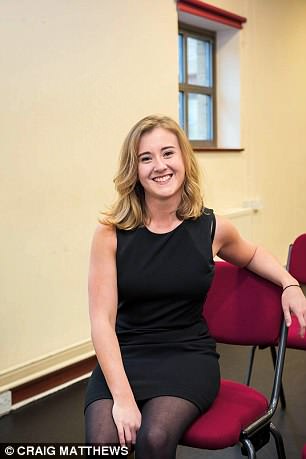 A Labour activist who bravely revealed she was raped at a party event tonight accused officials of kicking a report on sexual harassment ‘into the long grass’.

Bex Bailey waived her right to anonymity almost a year ago to reveal the attack on her in 2011 when she was aged just 19 and was told by senior officials to keep it quiet.

Her story triggered an independent review into how the Labour handles complaints of abuse but it has still not been published.

The review by Karon Monaghan will be considered by the party’s ruling committee tomorrow but Ms Bailey said she was being ‘continually let down by the party I love on an issue I really care about’.

Ms Bailey told the Radio 4 PM programme tonight: ‘Karon Monaghan’s report found that not only is sexual harassment rife in the Labour party, which is the reason why I did the interview originally, but actually that it’s not being dealt with.

‘We’ve got a situation where the report clearly says that senior members of Labour even have closed their eyes to these issues, they have trivialised sexual harassment, accommodated it and not handled it as they should have done.’

Ms Bailey said Labour had to make the complaints process fully independent of party officials and had not yet done so.

Labour insisted tonight it had overhauled support for any members suffer sexual harassment while at party events. It has commissioned Rape Crisis to offer confidential advice to victims.

Party sources disputed Ms Bailey’s account of how the inquiry has been handled and denied claimed harassment is ‘rife’ inside the party.

Ms Bailey told PM she had met with Labour leader Jeremy Corbyn to discuss her case but admitted it was ‘frustrating’ the party was still ‘dragging its feet on this’.

She said: ‘It’s just time for action, like I say five years and two party leaders it’s felt frustrating it’s felt like nothing has really moved on and I just can’t keep feeling that frustration and other women too are I think in a really difficult position too.’ 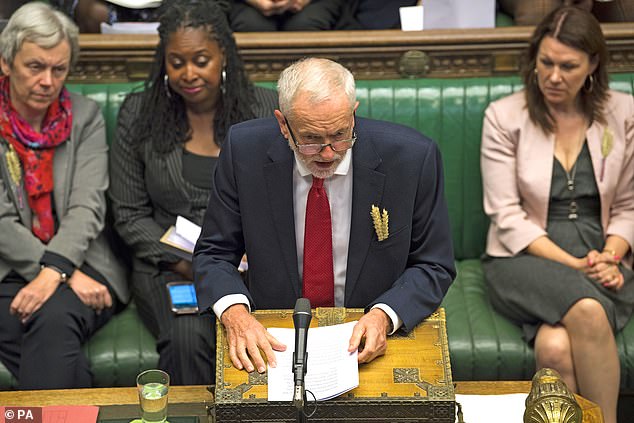 A failure by Labour’s National Executive Committee to take a decision tomorrow could force sexual harassment onto the backburner for another year.

Ms Bailey said: ‘In order that we can have confidence in the system, the NEC tomorrow needs to get the ball rolling, all it is a simple rule change that would enable an independent process to be implemented if it doesn’t happen tomorrow then we are waiting another year until it’s even possible, so tomorrow is really crucial.’

A Labour Party spokeswoman said: ‘The Labour Party is committed to continually improving our procedures for dealing with sexual harassment complaints and we thank Bex Bailey for her work to improve these procedures and for her incredible bravery.

‘Karon Monaghan QC’s report assessed the Party’s previous procedures, which we recognise were not fit for purpose. These procedures have since been improved, for example by introducing a helpline for members to report complaints, anonymising all cases, and appointing an independent specialist organisation to offer confidential advice and support to any individual affected by sexual harassment within the Party.

‘The Party is currently considering further changes to our procedures in light of Karon Monaghan QC’s report, to ensure sexual harassment complaints are always dealt with promptly, fairly and with utmost confidentiality.’ 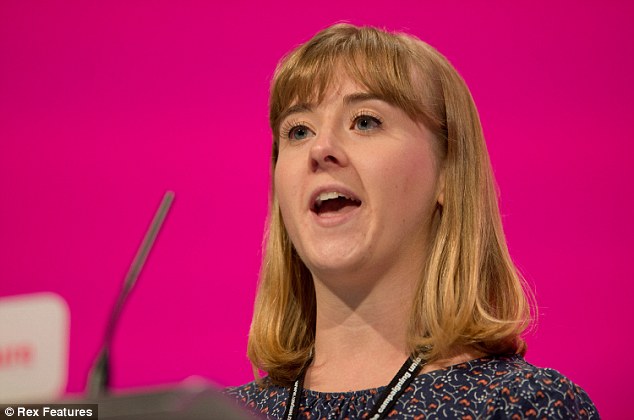 The Monoghan probe began last November and the findings in June were feed into another inquiry into sexual harassment being carried out by Labour’s new in-house QC, Gordon Nardell.

In June, a Labour MP told the Politics Home website they were unsure why Karon Monaghan’s report into the Bex Bailey case needed reviewing ‘by another lawyer who is a member of the party and has no expertise in the area’.

The MP added: ‘We all put a lot of faith into her doing the report and this just looks like back-covering.’

Another Labour source said: ‘It is yet more sweeping problems under the carpet from Labour.’