People first dumped the mock bodybags outside Donald Trump's NYC hotel last week, in what they said was a representation of the lives lost from COVID-19. 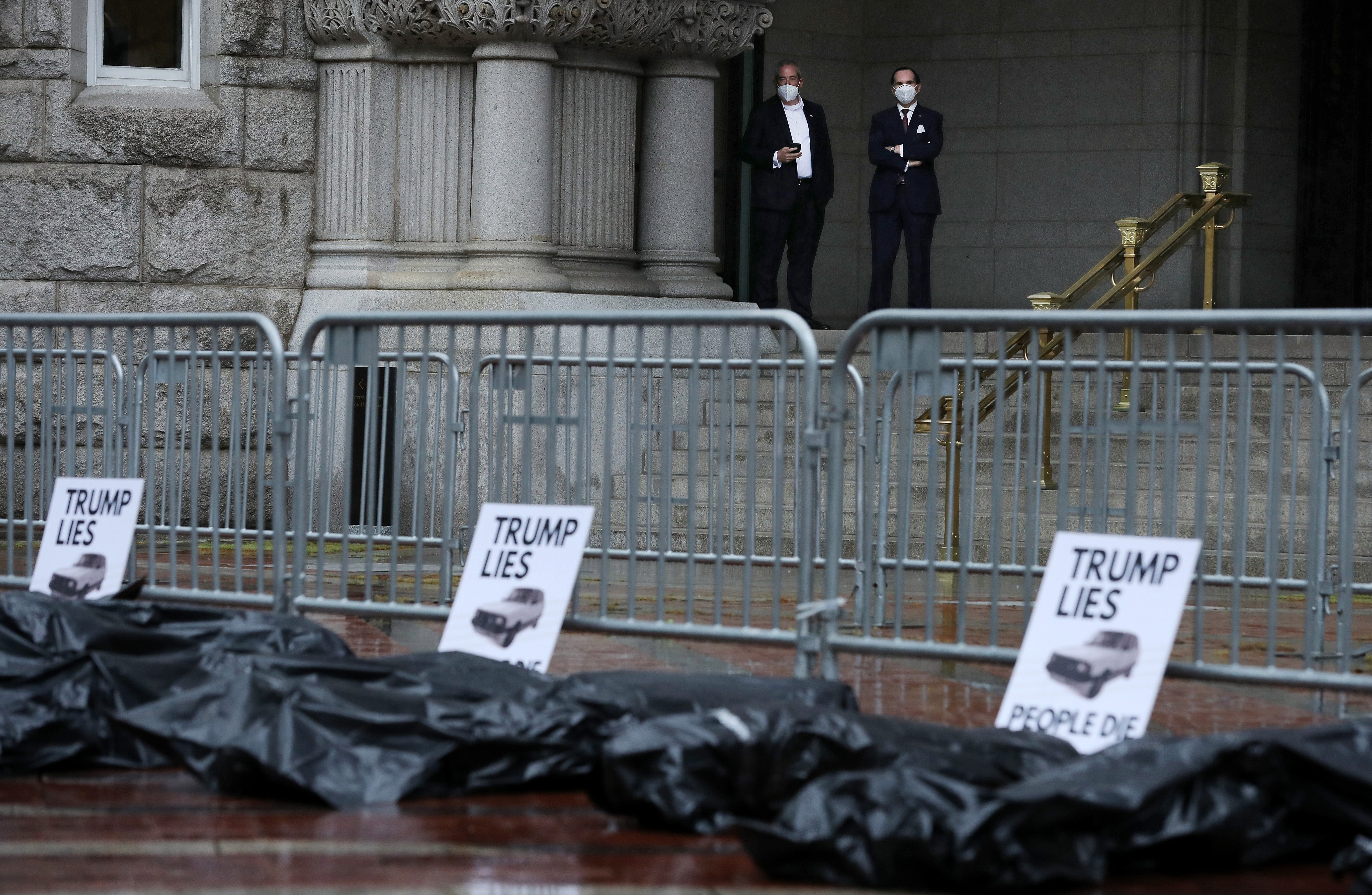 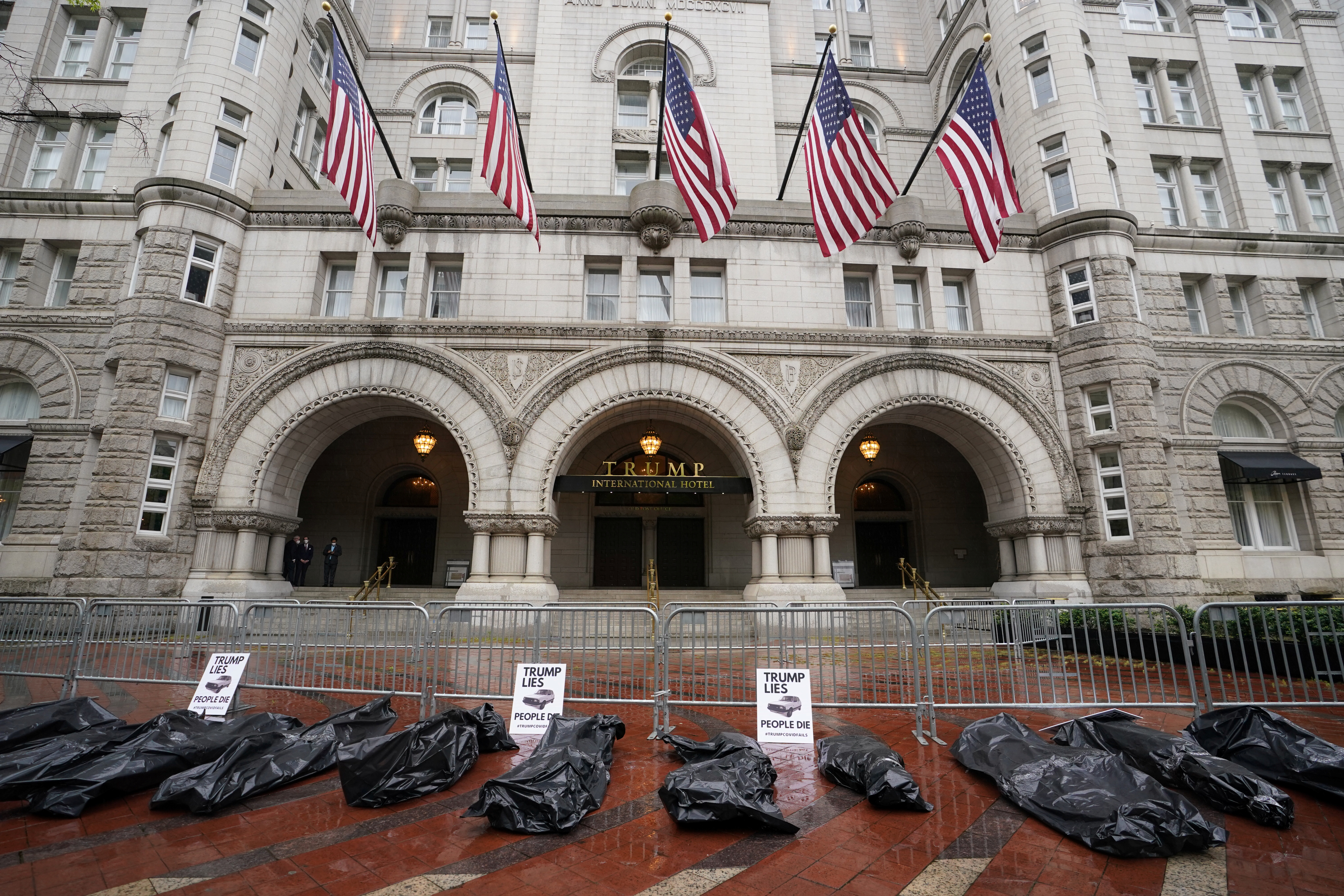 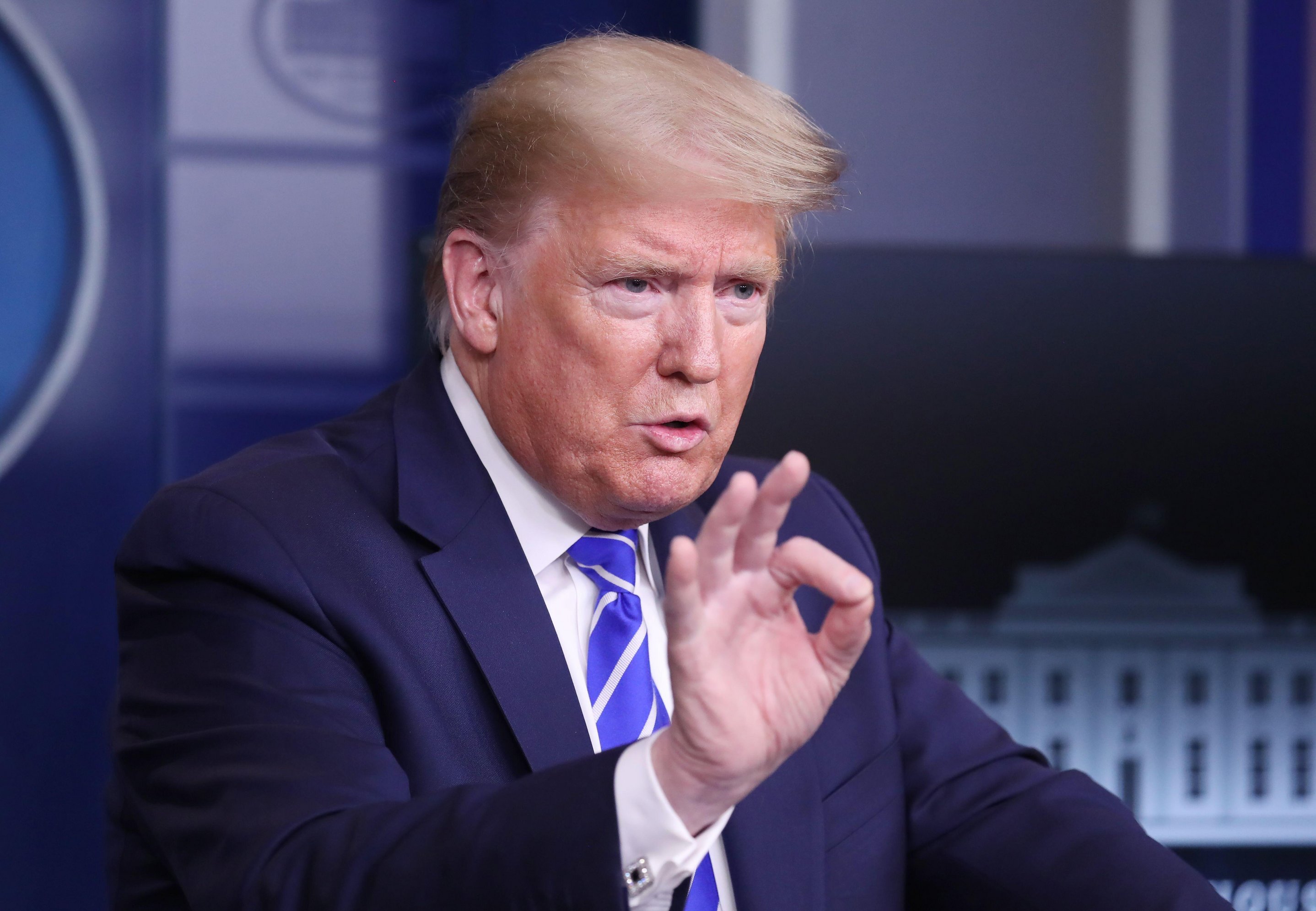 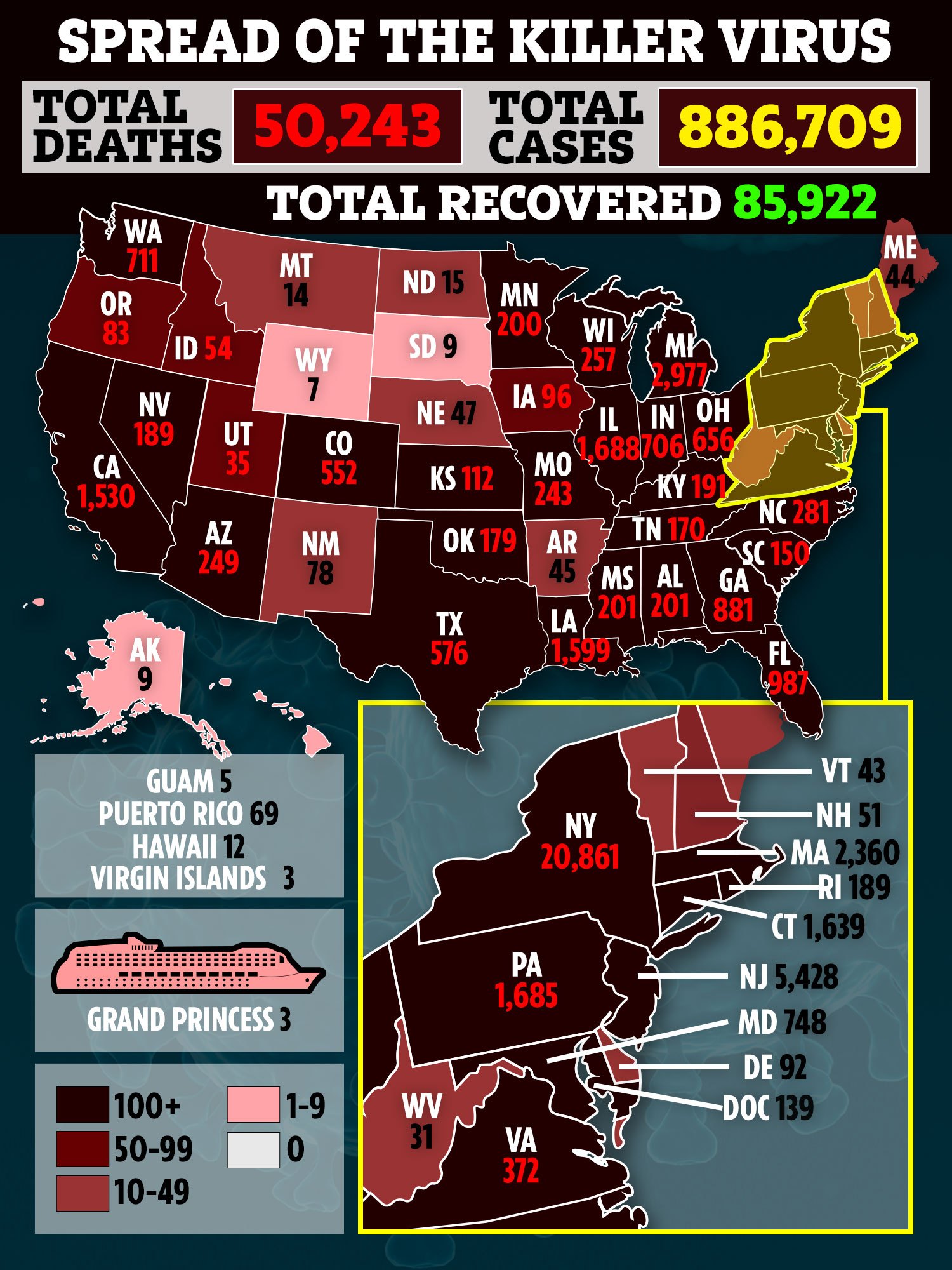 Pictures and video show the mock body bags being lined up outside Trump's hotel in the Big Apple, protesting his response to the coronavirus pandemic.

Signs with the words "TRUMP LIES PEOPLE DIE," and "#TRUMPCOVIDFAILS," were placed on the ground in front of the "body bags".

Around 30 cars circled the Manhattan block near the hotel before cutting off traffic in front of the building to start the demonstration.

"People are dying because of this incompetent president, this sick president. The whole world wants him out," one protester said as he held up a sign.

Some demonstrators stood outside the hotel, holding up signs of their own.

"TRUMP'S LIES COST LIVES," one sign held up by a protester wearing a mask read. The words "PPE NOW!!" were written in the corner.

In the nation's epicenter of NYC – where the demonstration took place – there have been more than 263,000 confirmed cases of the virus and more than 16,000 deaths. 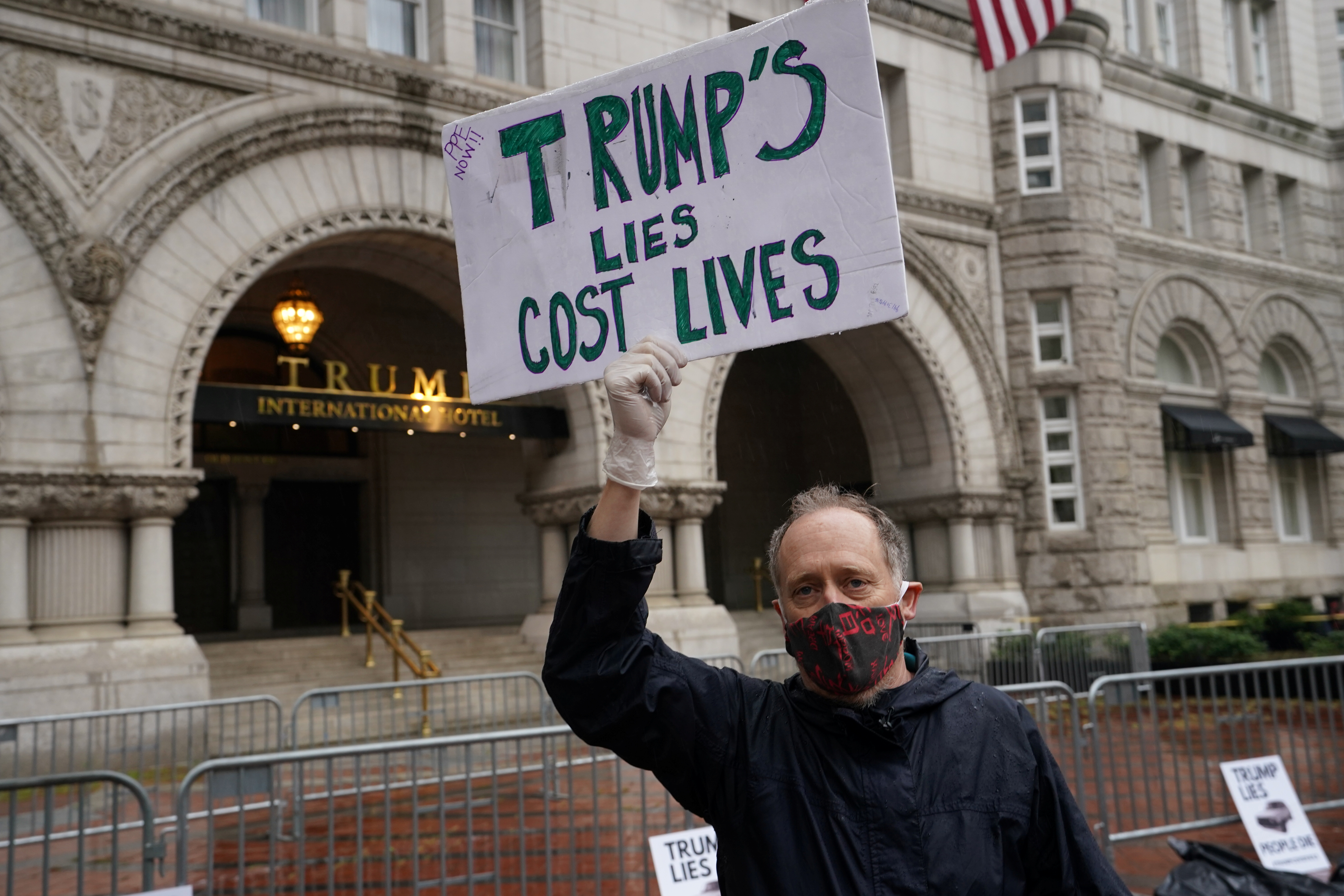 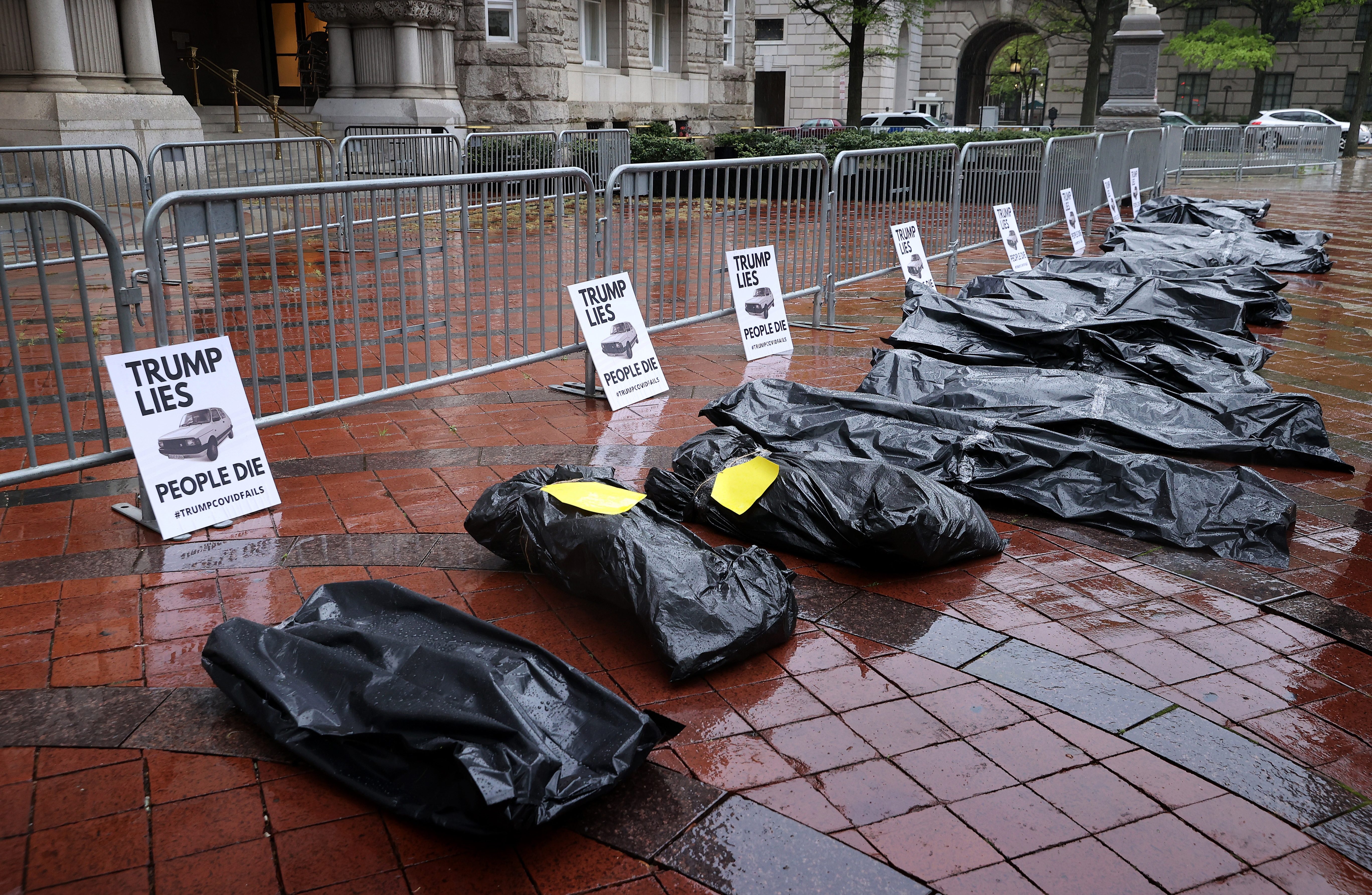 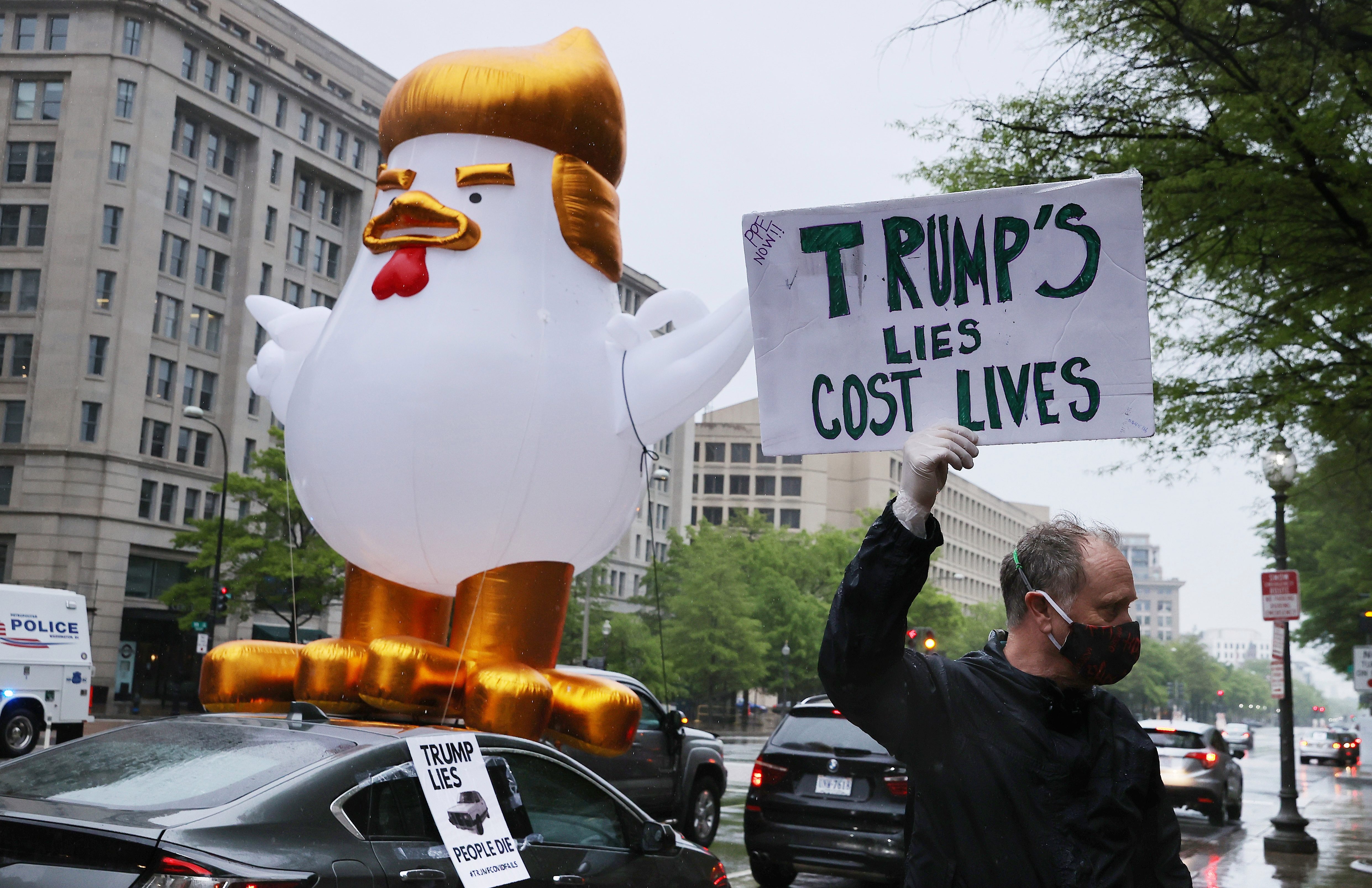 A giant inflated chicken was attached to the top of one car.

Last week, a group who named themselves Refuse Fascism lined up faux body bags, with signs that read things like "THIS REPRESENTS IMMIGRANTS WHO DIED OF COVID-19 IN ICE CUSTODY" and "TRUMP = DEATH".

The protests came the same day the House passed a near-$500 billion dollar relief package – an addition to the original $2.2 trillion package passed in late March.

The bill also includes $100 billion demanded by Democrats for hospitals and the establishment of a federal testing program. 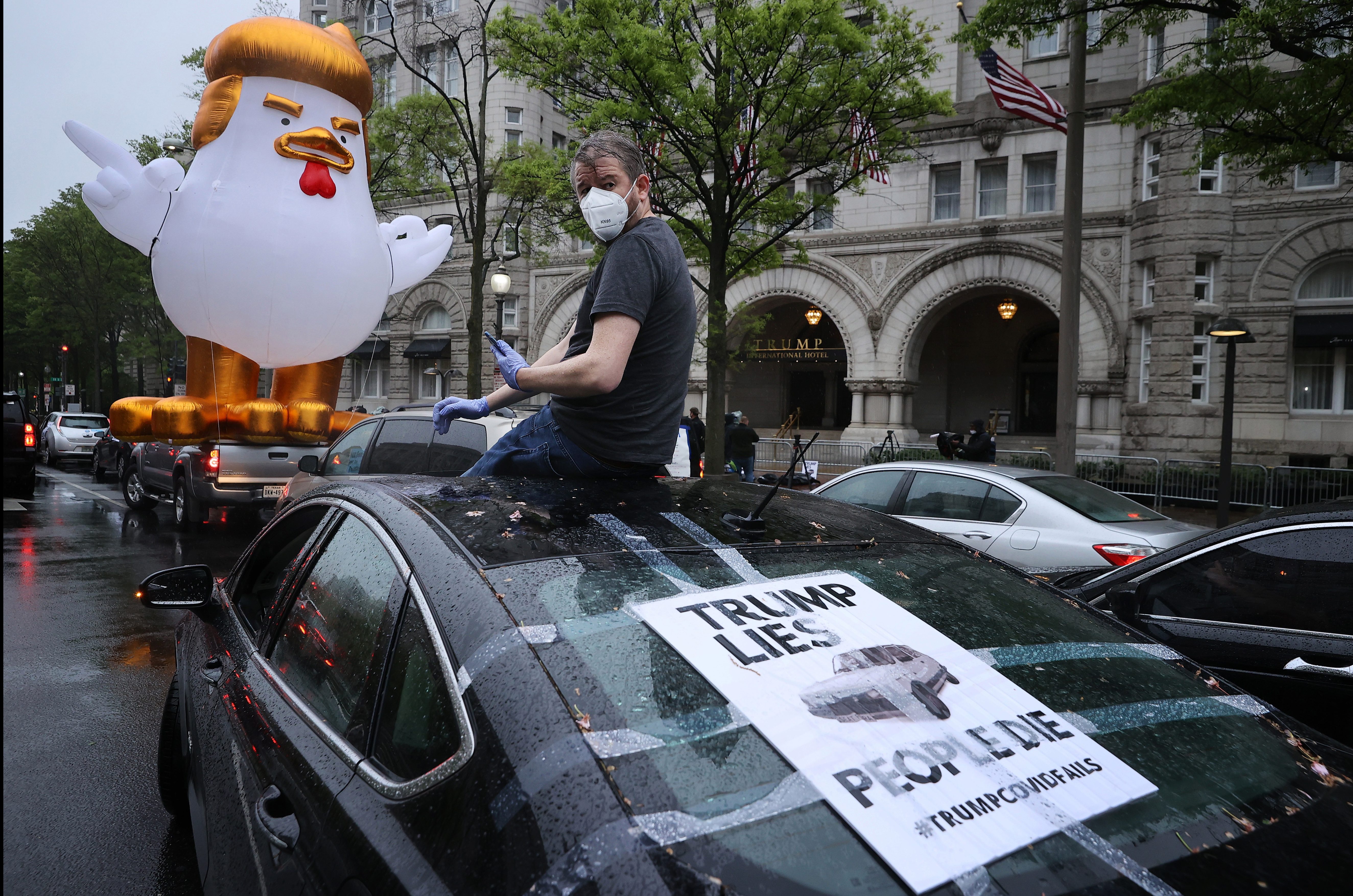 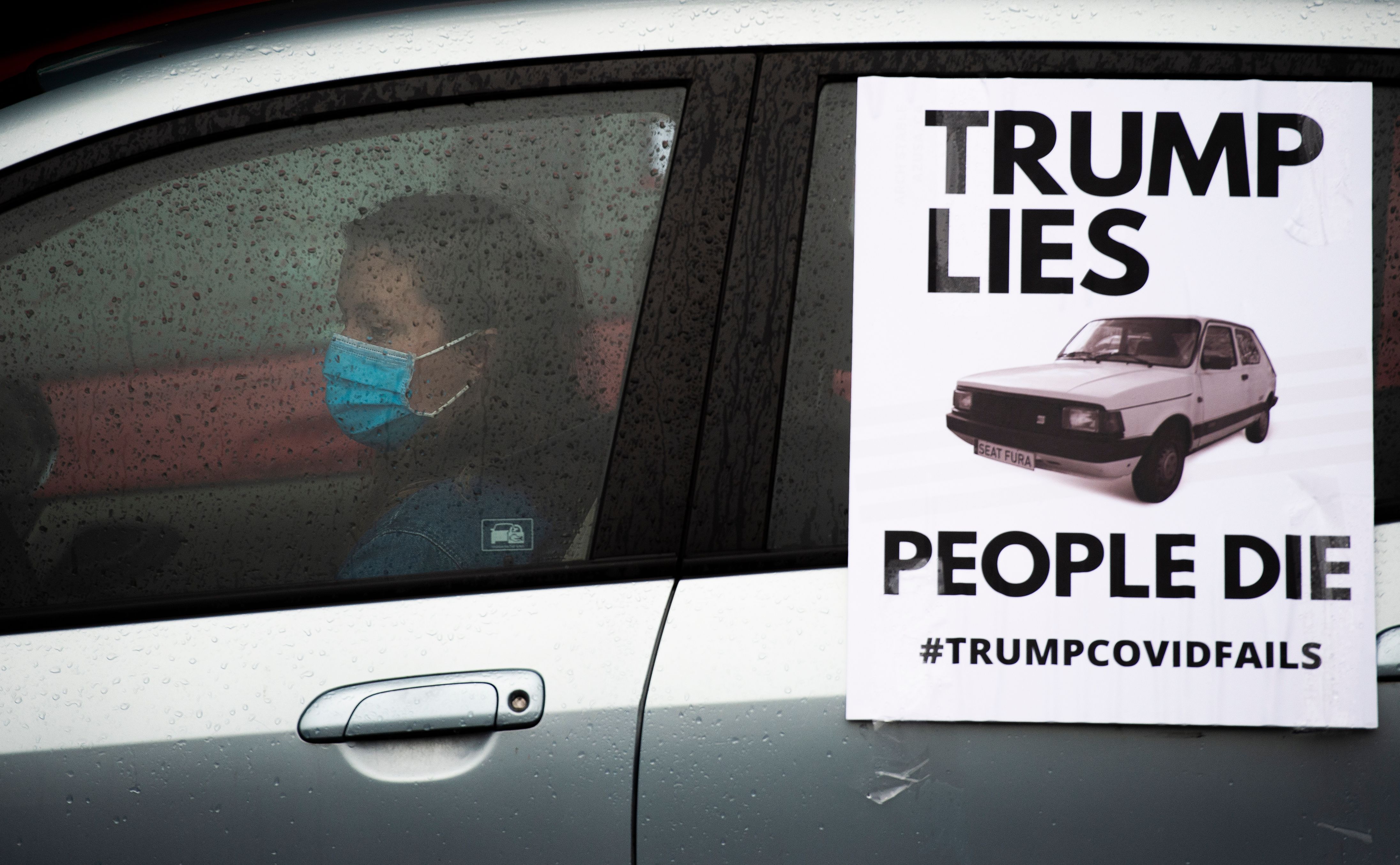 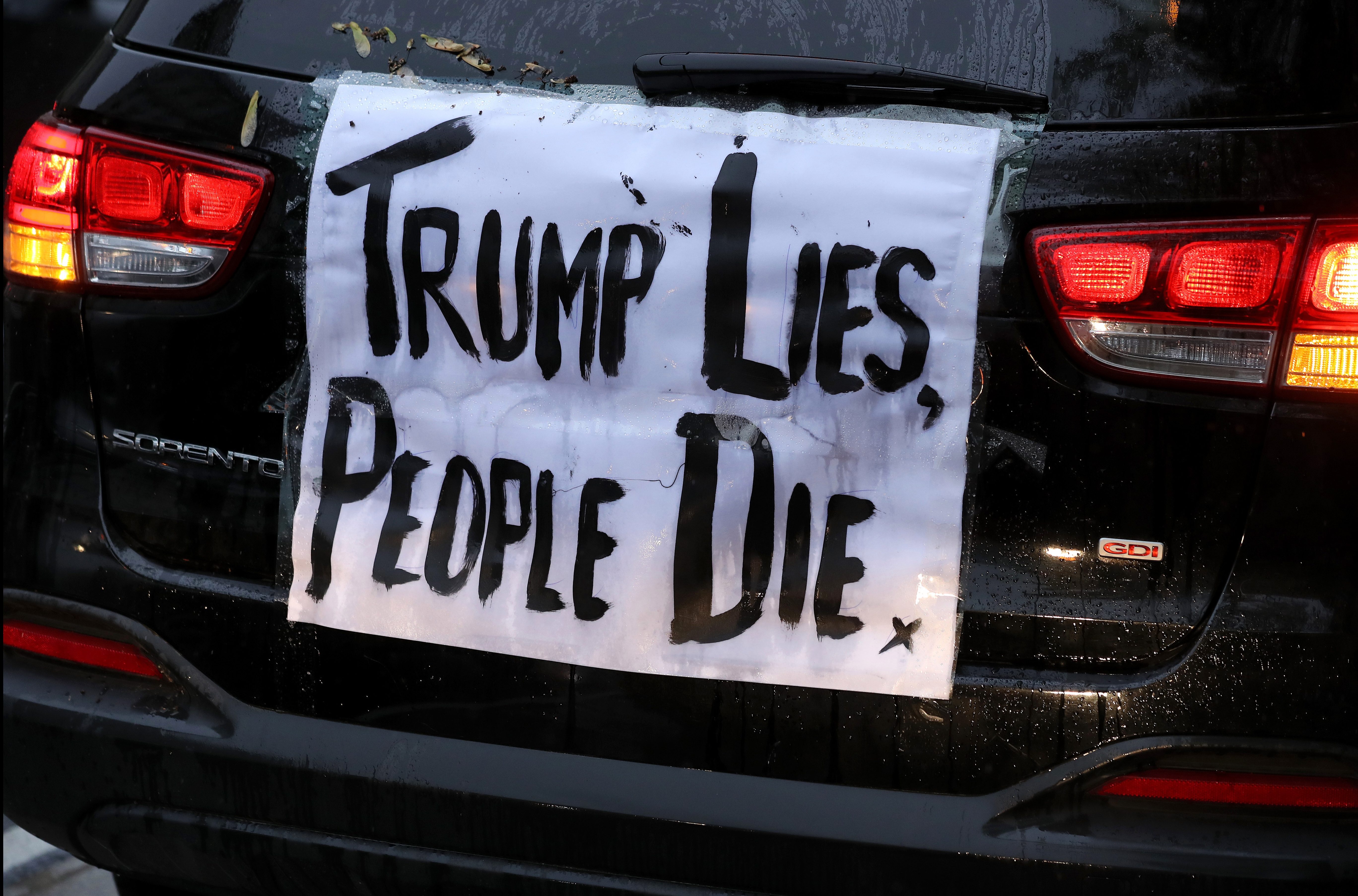 Critics have slammed Trump's handling of the coronavirus pandemic, saying he waited too long to take action.

Several governors, both Democrat and some Republican, have expressed struggles in getting supplies to fight coronavirus – including test kits, ventilators, and personal protective equipment.

A number of reports have claimed that Trump ignored warnings about the potential impact COVID-19 would have on the U.S.

One of the first reports to emerge claimed that the President ignored a warning from White House trade adviser Peter Navarro, in which he warned that as many as 2 million Americans could die from the virus if no action were taken.

Another Washington Post report claimed that the President ignored virus warnings from the CIA in January.

Trump has shot down the reports, pointing out that he implemented travel bans from China in late January. 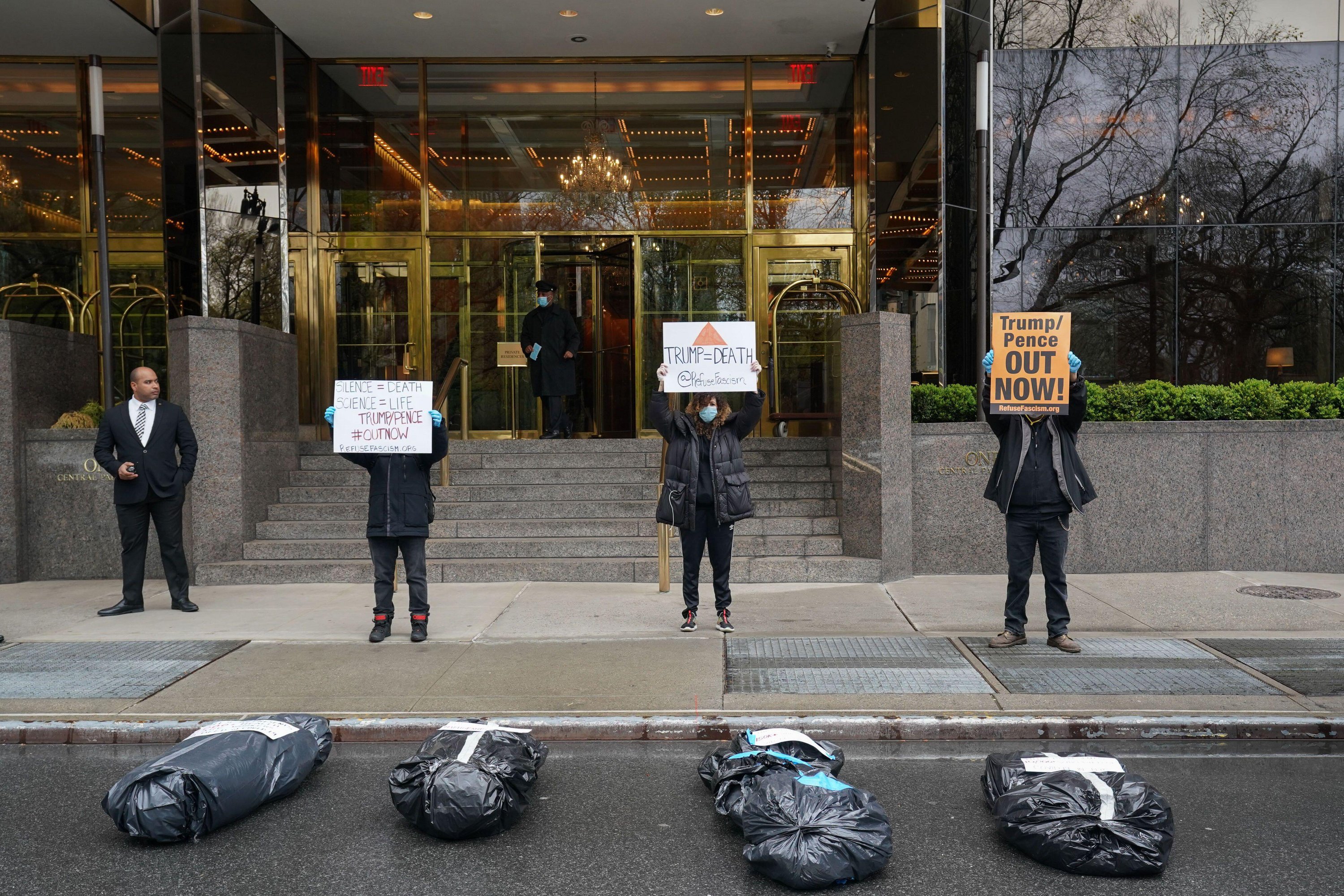 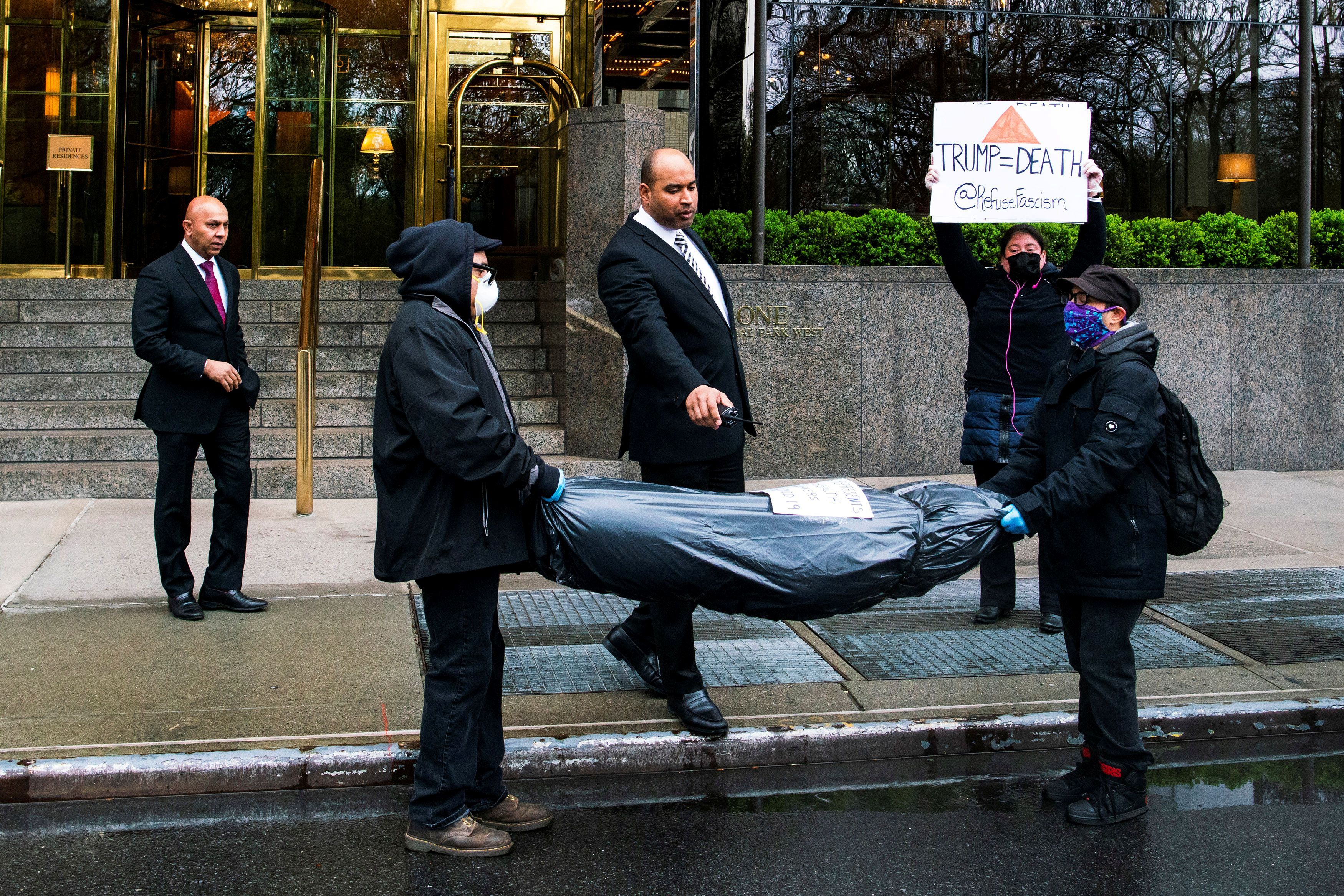 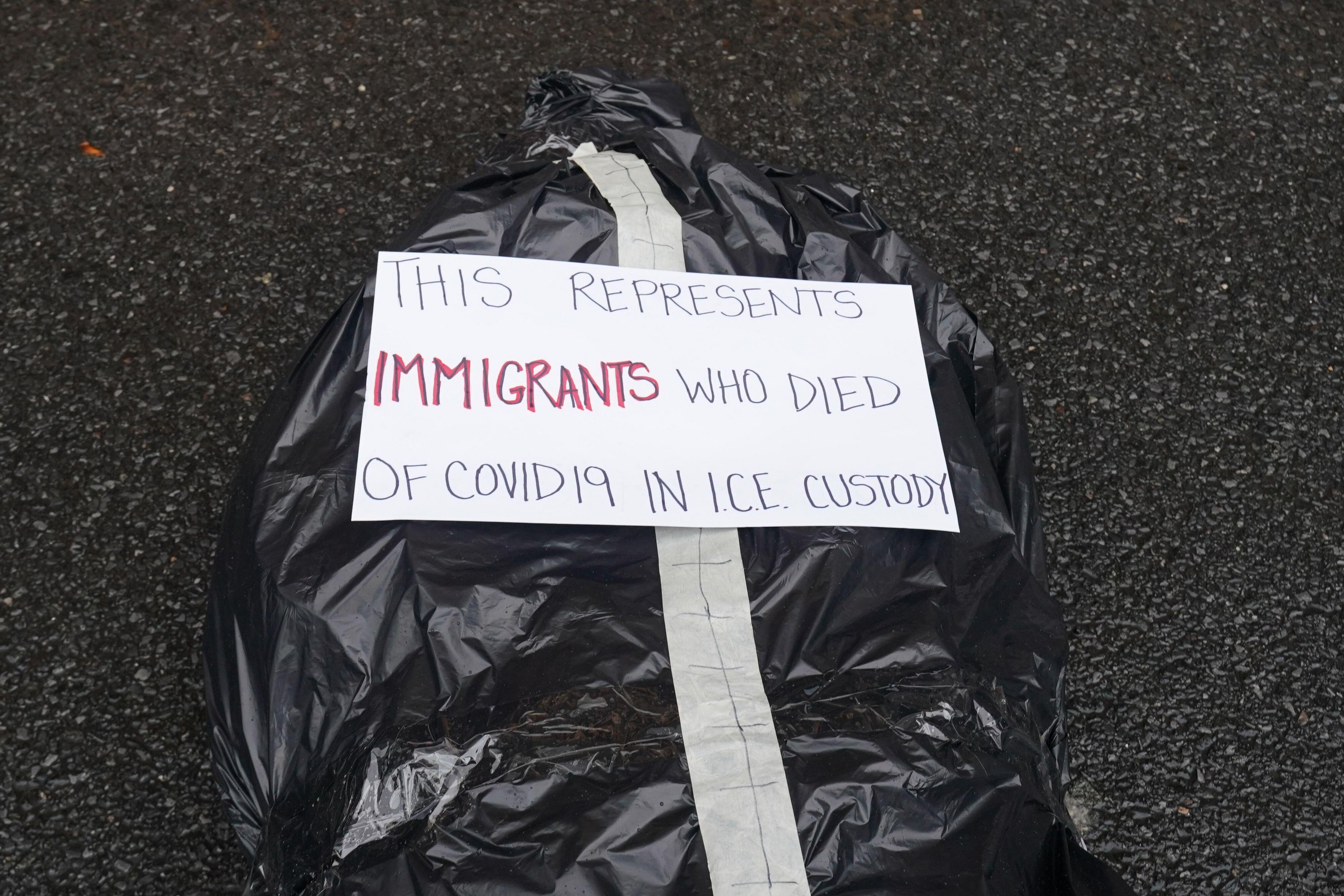 Weeks later, Trump announced a travel ban from 26 European countries – and days later, the ban was extended to include the U.K. and Ireland.

Although he originally vowed to re-open the U.S. by Easter amid COVID-19 lockdowns, he extended social distancing guidelines until the end of April.

Borders with Canada and Mexico have been closed to non-essential travel, as part of mutual agreements, for a month.

As he announced a three-stage plan that should be taken as places begin to end lockdowns last week, Trump said that as many as 29 states could begin to re-open soon.

However, he said at a press conference Wednesday that he believes it's too soon when Georgia's governor set plans to re-open today.

Other protesters across the country have stood outside state Capitols and gathered in streets, calling for the end of lockdowns.

Protesters claim lockdowns are an overreach of their constitutional rights, and some have dubbed them "tyrannical."