A group of adrenaline junkies have taken marathon running to new heights, competing in the race 330ft (100m) up in the air.

Samuel Volery and Joshua Leuopolz, known as slackliners, took to the ropes with their friends to compete for new world records – by walking a half marathon in three days in the air. 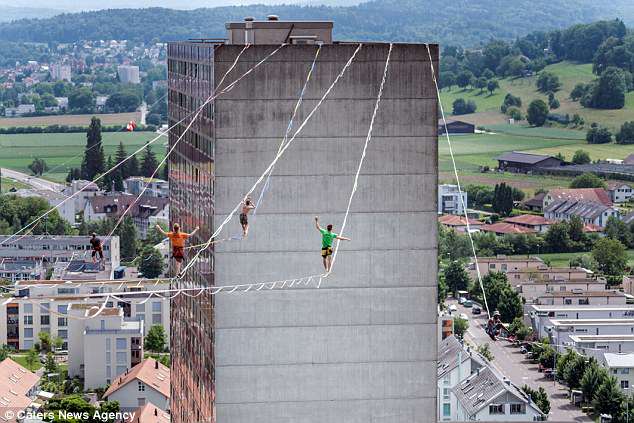 So-called Slackliners make their way between two tower blocks in Zurich, Switzerland. Each slackliner completed 80x100m walks in one day, with each gaining a world record Samuel Volery broke two World Records in Zurich, he walked a total of 21,200 meters over three-days and in one day he walked 8,000 meters back and forth over the 100m highline They all broke a one-day World Record by each walking 80 laps of a 328ft (100m) highline between two tower blocks.

Samuel said: ‘We each walked 8000 metres in one day whilst out in the 28 degree heat and burning sun. 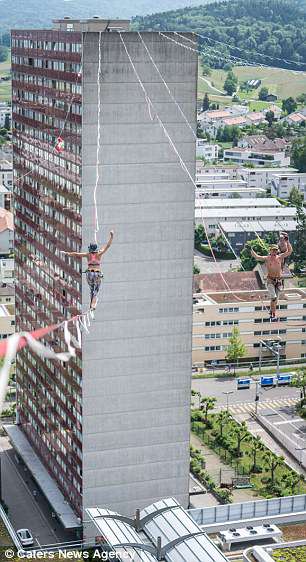 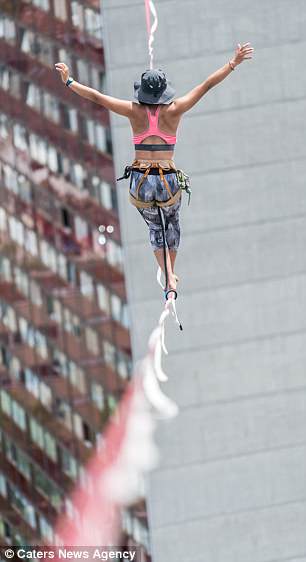 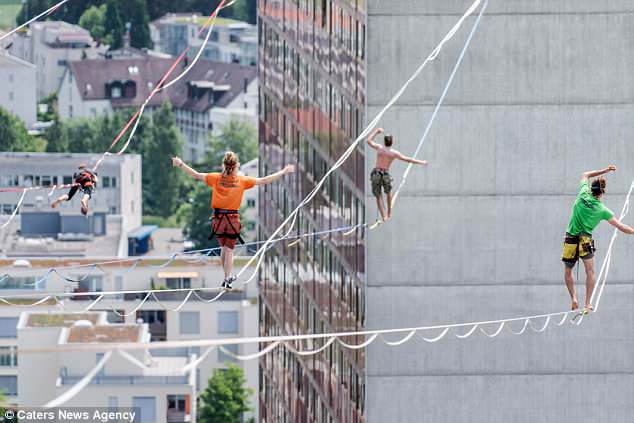 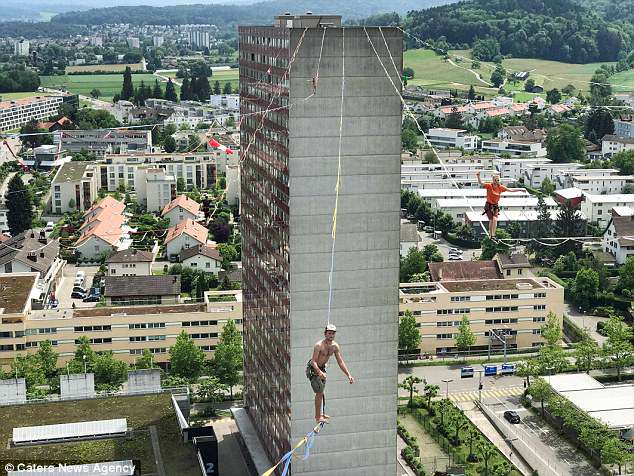 ‘Falling was allowed – it does cost time and energy but you were allowed to continue at the place where you’ve fallen.

‘It took us about 16 hours of line-time to complete the 21,200 metre (13.1 mile) walk and it was a hard battle to the very last minute and that’s why we share the record, because none of us were able to complete one more run.

‘The half marathon was walking on a thin webbing and I am truly destroyed now – but super happy that it has worked out!’ Falling is allowed during the walk, but the competitors have  to continue at the place where they had fallen 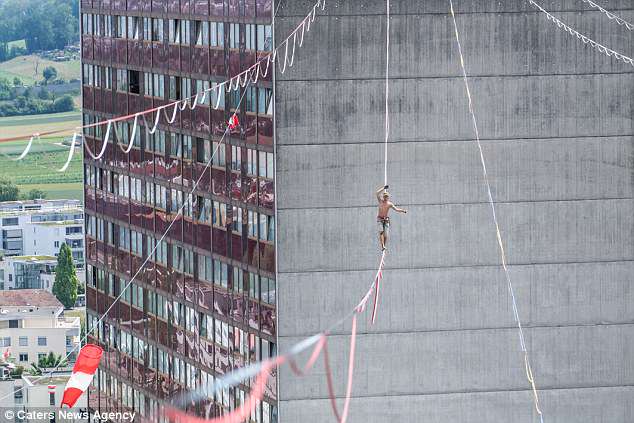 The distance between the two tower blocks in Zurich, Switzerland is 140m but the slackliners only use 100m in the centre to achieve the world record