African prostitute says she tricked into selling sex in Mallorca

EXCLUSIVE – ‘I thought I’d be working in a beauty salon’: African prostitute says she was lured to Mallorca and tricked into selling sex by people traffickers she now owes €40k for getting her on the boat to Europe

An African prostitute trafficked to Mallorca has told how she was forced into sex with strangers to pay off her debt to the gang masters who brought her to Europe.

The sex worker, 30, said people traffickers have promised to harm her family in West Africa unless she pays the traffickers who brought her over €40,000.

Speaking exclusively to MailOnline, the woman known only as ‘Harmony’, says she thought she was coming to the Balearic island via Madrid 18-months ago to work in a beauty salon and has been tricked into working in the sex trade.

She said: ‘I’ve been in Mallorca for about a year and before that I was in Madrid. We come over for the tourist trade. 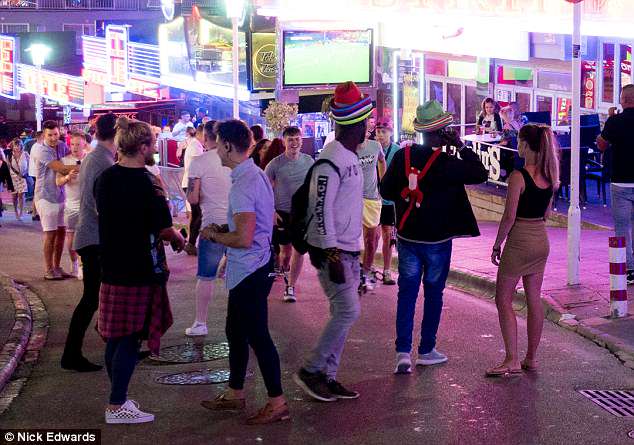 Local business owners in Magaluf (pictured) say African prostitutes and their gang masters are ruling the streets and pickpocketing holidaymakers, which is ruining tourism 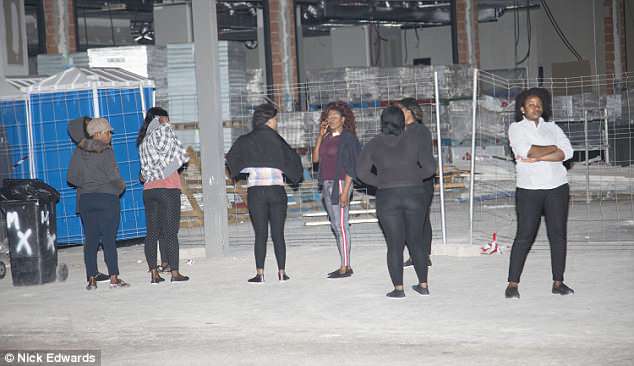 Sex workers like Harmony and girls in her industry say people traffickers have promised to harm her family in West Africa unless she pays the traffickers who brought her over €40,000 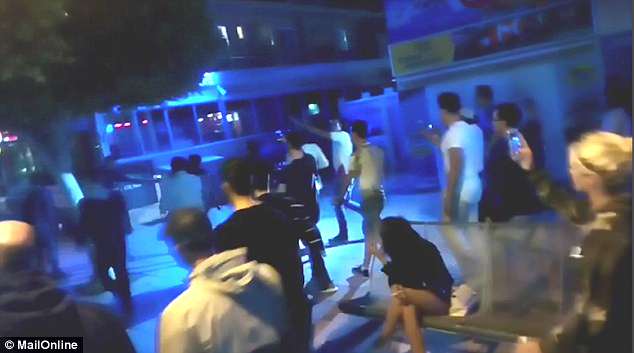 An angry mob of around 100 protesters surround a handful of thieves suspected of operating in bars on Magaluf’s main strip. Local business owners say pickpockets are harming tourism

‘I came to Spain to work and make money and the people who brought me here told me that I would be working in a beauty salon or in a factory.

‘But when I arrived they told me they wanted me to work as a prostitute. I didn’t want to but I have no choice.

‘They’ve warned me that if I don’t do what they say they’ll harm my family back home.

‘I have my parents, my sister and my brother to think of. They will also harm me but it’s my family I’m most worried about.

‘It’s not work I enjoy, nobody would, but I have to do it to work off my debt. The gang who brought me to Spain want me to pay them back what they think I owe them and that’s €40,000. I must make about €500 a week on average. Sometimes more, sometimes less.’

Local business owners in nearby Magaluf on Mallorca says gangs of Nigerian and Senegalese women are luring drunk men into sex only to then rob them.

They say criminal gangs who traffic women and rob holidaymakers are turning Magaluf into a tourist no-go zone.

The traffickers also pose as street traders and target either lone or drunk tourists walking back to their hotels in the early hours along the strip.

Protestors have clashed with the women they accuse of driving holidaymakers away – as tourism in Magaluf has fallen seven per cent in the last 12 months.

One of the women Harmony, who operates in the next resort, said that she was taken to Morocco and then put on a ferry to Spain with the promise of legitimate work. 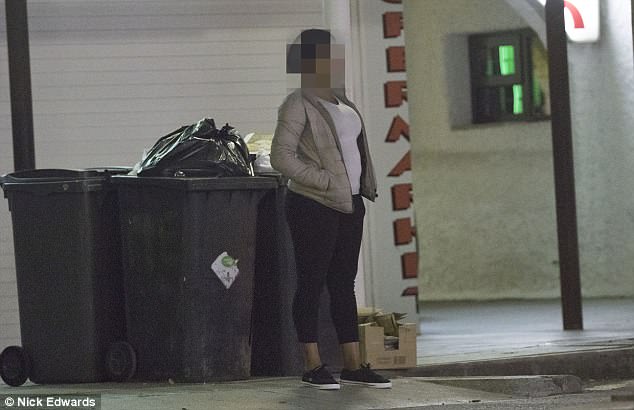 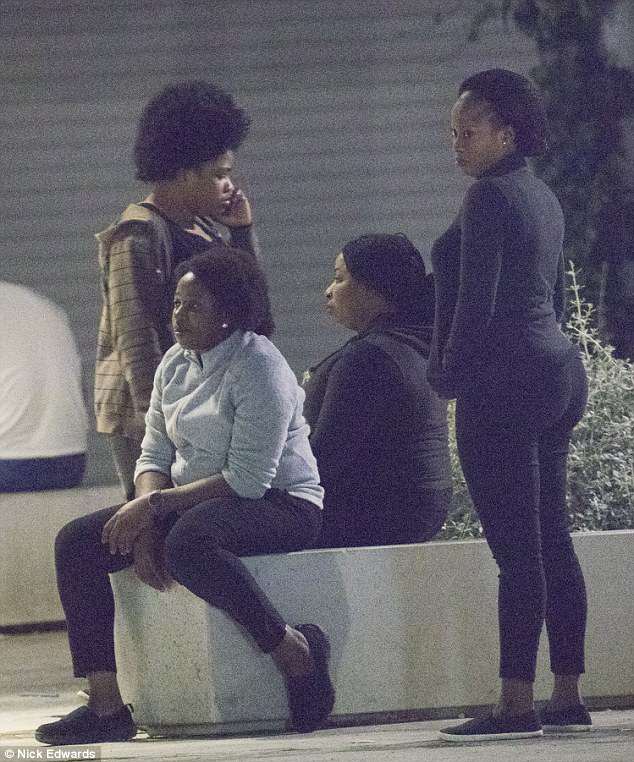 She wanted to earn money to pay her parents but mobsters who met her in a run-down part of Madrid explained what they really wanted.

Now she lives with an African family in Mallorca’s capital Palma de Mallorca and has to pay her own rent and buy her own food.

The rest is given over to ruthless crime bosses but added: ‘The house I live in is owned by a Spanish family who rent it to myself and an African family.

‘I earn as much as I can but after I’ve paid my bosses I need to find money to pay for rent and to eat.

‘After I’ve paid my debt I want to move somewhere else and start a family. I want to stop doing this that’s for sure.’

Harmony says it’s difficult working in Magaluf because she says the girls there cause too many problems for genuine sex workers by constantly mugging tourists.

Last night there was no sign of the groups of trafficked Nigerian women who patrol Magaluf’s streets, waiting outside nightclubs and bars looking to lure drunken or lone men wandering back to their hotels before pickpocketing them.

The previous day a group of outraged local businessmen, taxi drivers and British ex-pats had confronted ten of the women outside a Pizza Hut restaurant where a tourist from Belarus reported being robbed by one of the girls.

The demonstration, organised in part by a Facebook page set up to clean up the streets, seemed to have temporarily driven the ‘prostitutes’ away from Magaluf. 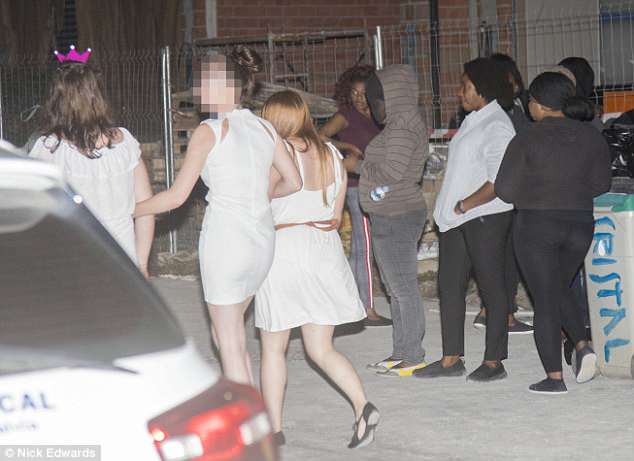 Harmony said many of the girls working as prostitutes in Magaluf (right) have been trafficked there in the same way she had. Many are working to pay back their debt to the traffickers

Instead MailOnline visited another resort elsewhere in Mallorca where we found more African girls plying their trade.

With dance music blaring from the late night clubs and holidaymakers laughing and shouting in the street, Harmony led us to a near empty bar and sat down.

Drinking a beer, she said the girls in Magaluf were most likely trafficked from Africa in the same way she was but were wrong to steal from people.

She said: ‘I’ve heard about the trouble the girls have been causing in Magaluf. They are not prostitutes, they steal. They are thieves really. ‘But they are probably in the same position as me and have people watching them. I don’t know their situation.

‘I don’t want to work in Magaluf, there’s too many problems there at the moment.’

A British woman holidaying in Magaluf said she had her phone pinched by one of the men on Monday night.