Agatha Christie’s favourite childhood beach where she almost drowned trying to save a family member has been slammed for turning a ‘slum’.

The state of Beacon Cove – described by the council as ‘a perfect haven away from the main beach near Torquay harbour’ – has been criticised for falling into disrepair.

In Agatha Christie’s day it was the Ladies Bathing Cove and as a girl the author loved to swim there.

At the age of 13, she almost drowned at the Devon beauty spot while trying to help a nephew and had to be rescued by a passing boatman. 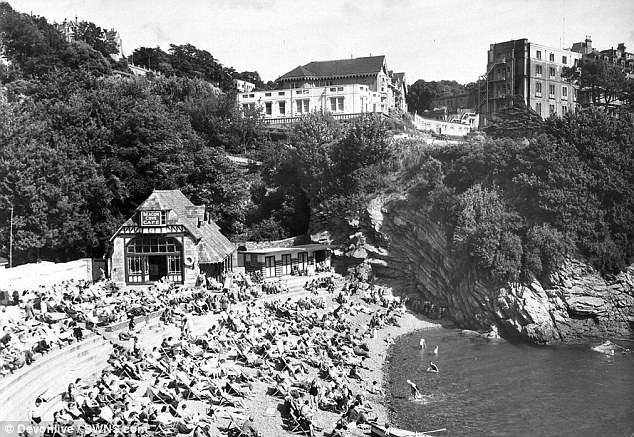 The state of Beacon Cove – described by the council as ‘a perfect haven away from the main beach near Torquay harbour’ – has been criticised for falling into disrepair. Pictured: The town during the 1950s 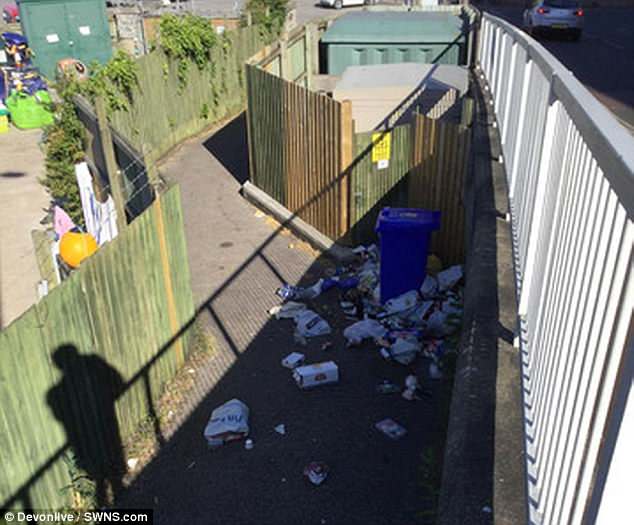 In Agatha Christie’s day it was the Ladies Bathing Cove and as a girl the author loved to swim there. Now, critics it is strewn with rubbish and falling into disrepair

But fresh pictures show now nothing like it was back in its idyllic heyday when it was a popular and crowded bathing spot.

Critics blame council cutbacks and say there are no bins which has led to streams of litter and broken bottles on the beach.

The entrance path is also overgrown with nettles, brambles and grass so long it has turned to hay in the ‘depressed and uncared-for’ cove.

Torbay Council admits there are no longer any rubbish bins on the beach and budget cuts mean there are no plans to clean it up.

But Graham Stephenson, who lives nearby, says it is ‘shameful’ at what it has become.

He has said that urgent action was needed to sort out what he described as ‘Torquay’s slum’. 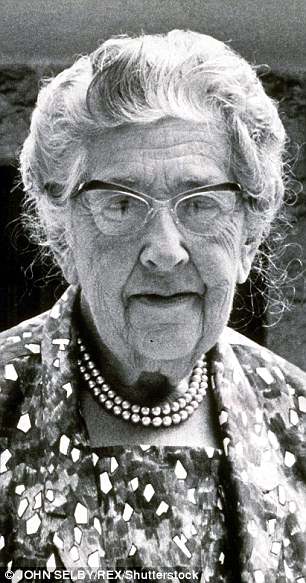 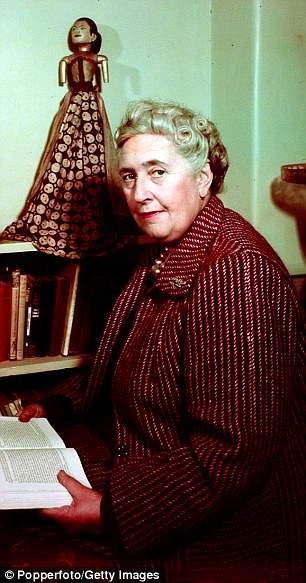 In Agatha Christie’s day, Beacon Cove was the Ladies Bathing Cove and as a girl the author loved to swim there. She is pictured left in 1967 and right in 1949 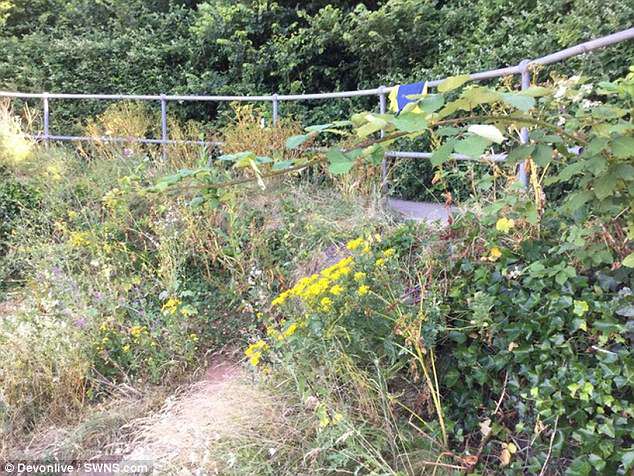 Torbay Council said that increasing budget cuts has made it harder for them to maintain a good standard for all their amenity areas.

Mr Stephenson said: ‘On my regular walk down Beacon Hill with my little dog, there were two immaculately clean tourist coaches awaiting their passengers who had been staying at a hotel at the bottom of the hill.

‘Nearby, on Beacon Hill, there are viewing points and seating areas for visitors to enjoy the wonderful views around the Bay.

‘It is such a shame however that Torquay presents itself as a ‘depressed and uncared-for’ environment. The footpaths are alive with weeds and dead palm fronds.

‘The hedge beside the footpath is being strangled by weeds. The grass, which was long, was eventually cut, but not collected and so it has turned to hay which blows around in the wind. The weeds on this area are flourishing.

‘The viewing area at the top of the hill has seating and several specially constructed palm islands which are now overgrown with weeds and the granite chips have spread on to the footpath. The black sacking round the palms is exposed and untidy. 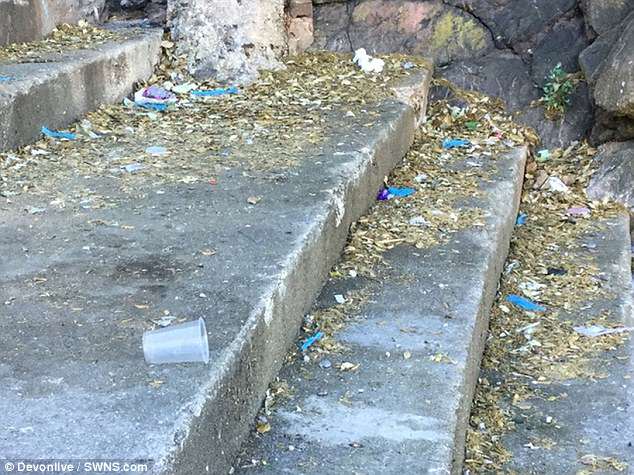 ‘I walked down the footpath to Beacon Cove and was stung by nettles and scratched by overgrown brambles. I survived the journey to be met by the sight of litter and broken bottles on the beach.

‘There is no bin which encourages visitors to leave their litter around. This cove has a sign saying no loud music, but most weekends are spoiled by noisy gatherings on the beach, with amplified sound, fires and tents. Not to mention the litter left behind.

‘This area and the coastal path get a lot of visitors as well as locals. The rubbish collection points are inadequate for picnickers and parties and consequently the rubbish is just dumped and attacked by the seagulls.

‘If the area is cared for better with adequate rubbish bins and signs showing penalties for leaving litter one could hope that it might improve.

‘Come on, Torbay Council, get out and about on foot and see for yourselves what tourists see, and endeavour to do something about the shameful environment we find ourselves living in.’

Torbay Council said: ‘Torbay Council strives to try maintain a good standard for all amenity areas, however with continued budget cuts this is becoming increasingly harder.

‘Regarding Beacon Hill, we have asked our contractor to look at tidying up the planted areas and litter pick the stated area. There is no litter bin on the beach as unfortunately this was set fire to several times, hence the blue bin is now situated at the top of the path. We will make a request to TOR2 in order to have the bin emptied more regularly.’

The Torbay Council website describes Beacon Cove as a perfect haven away from the main beach of Torquay.

It added: ‘At the turn of the century this beach was known as the Ladies Bathing Cove.

‘Beacon Cove is a short walking distance from Torquay harbour side and forms part of the Agatha Christie Mile, as it was a favourite bathing spot for the writer.’