A variety of remarkable documents belonging to a British conscientious objector who was honoured by the French during the Second World War has been discovered.

The diary, documents and photos of William ‘Bill’ Spray, who refused to fight in World War Two due to being a Quaker, have been brought to light after being held for decades by a private collector.

Instead of going into battle as a solider, Mr Spray was stationed with the Friends Ambulance Unit in 1943, and aided troops in the French 2nd Armoured Division based in Algeria. 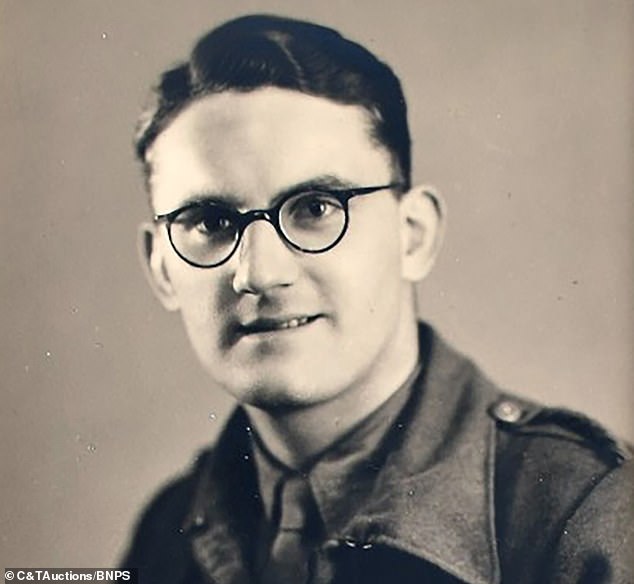 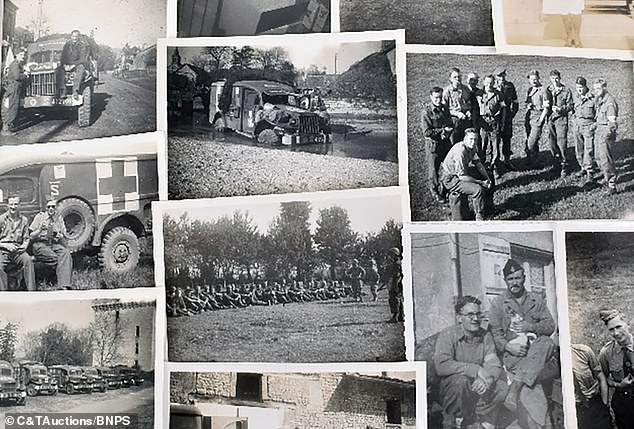 He was awarded the Croix De Guerre, the highest and most prestigious French military honour, for bravery in rescuing injured soliders under heavy German fire.

The sale of the archive, arranged by by C&T Auctions will take place on July 8 and the collection is expected to cost around £600.

C & T Auctions specialist Tim Harper said: ‘This is a probably unique collection belonging to a conscientious objector who served with the Friends Ambulance Unit as the leader of a group of ambulances.

‘No one could ever question his bravery as on numerous occasions he rescued wounded men under fire.

‘It is a remarkable story and an archive of considerable historic interest.’

Mr Spray was one of 60,000 men who registered as conscientious objectors during World War Two, with many choosing to work in bomb disposal factories, mines and farms in wartime Britain.

Around 5,500 objectors were arrested and branded as cowards due to their refusal to fight.

After training as a paramedic and spending two years working in a hospital, Mr Spray was called up to the Friends Ambulance Unit to support Allied soliders during the war. 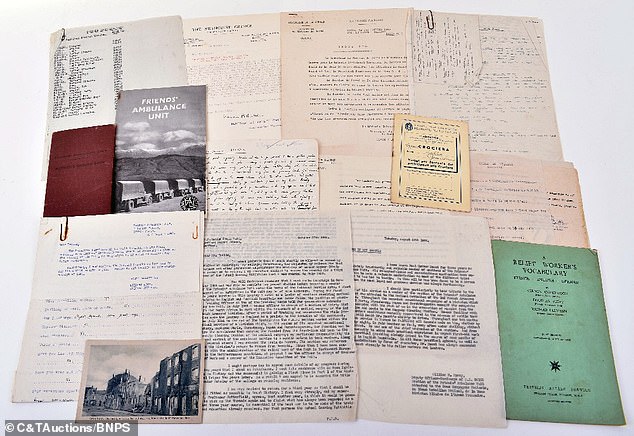 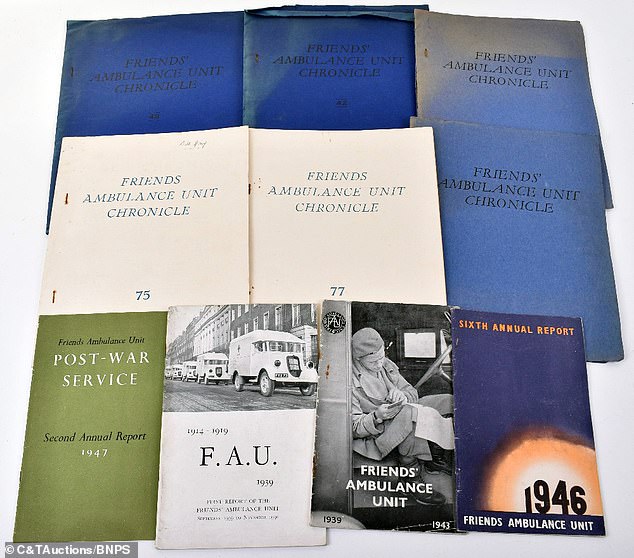 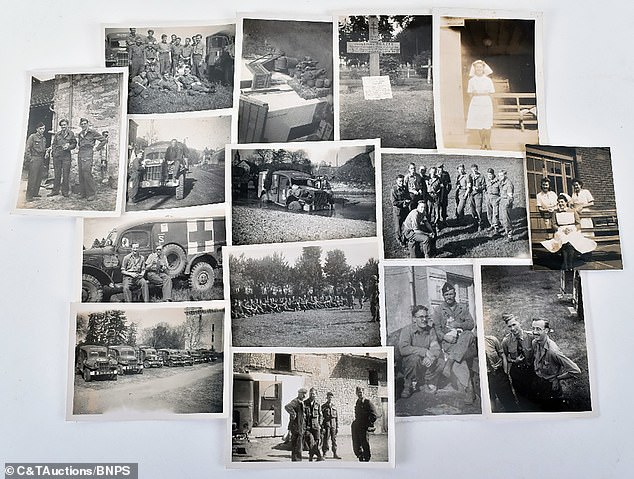 Mr Spray kept other documents and photographs, including the grave of fellow medic David Frazer (top row, second right), who died trying to save a soldier in Strasbourg in February 1945 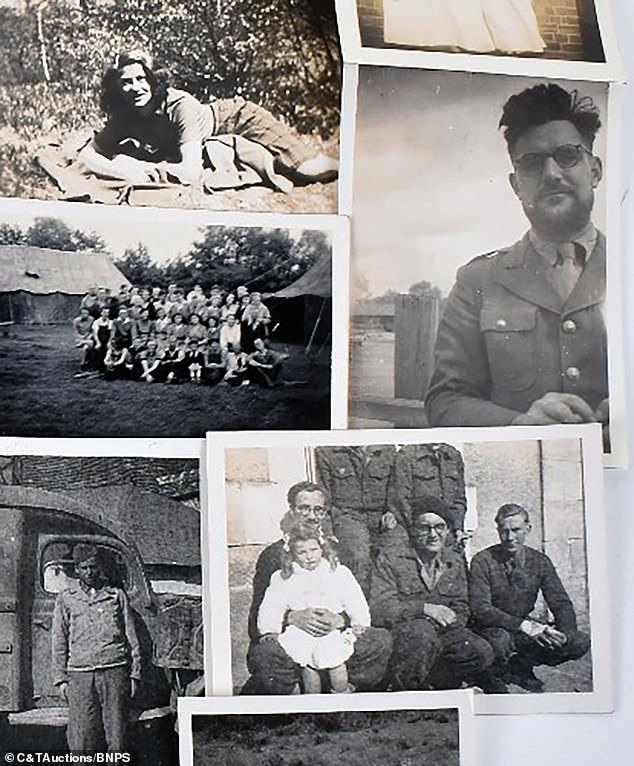 The Cambridge graduate was also present at Normandy in 1944, while he also led a team of medics in Morocco and Algeria.

He kept a diary during the war and also took several photos of his experiences on the frontline, including an image of the grave of fellow medic Dave Frazer, who died trying to move a casualty under fire in Strasbourg in February 1945.

After returning to England in May 1944 ahead of D-Day, he became headmaster of the Quaker Leighton Park School in Berskhire before passing away in the 1980s.

amazing, British, M, of, tale, WWII
You may also like: