Amazon driver smashes into car and flees the scene

An Amazon delivery driver who reversed his van into a customer’s car before driving off has been sacked.

Shocking footage shows the van ramming into Ford KA, pushing it back several feet, before driving away as if nothing happened.

Jane Johnston-Guest, who filmed the incident, posted the footage of her car being smashed into on social media.

The 35-year-old, from Birmingham, said: ‘Super early Christmas present from Amazon tonight as their driver smashes into my car and then just drives off.’

The footage was filmed at 9pm on Sunday and starts with the male driver, in a high-vis jacket, getting out of his van.

Carrying a package, he walks past the neighbour’s lawn and past Ms Johnston-Guest parked car.

Off camera he delivers the package and then walks back into shot, while he is looking at something on his phone.

He steps back into the van, and shuts the door, where he can be seen sitting inside.

The other part of the footage, which is filmed from a neighbour’s door, shows the van reversing hard into Ms Johnston-Guest’s car. 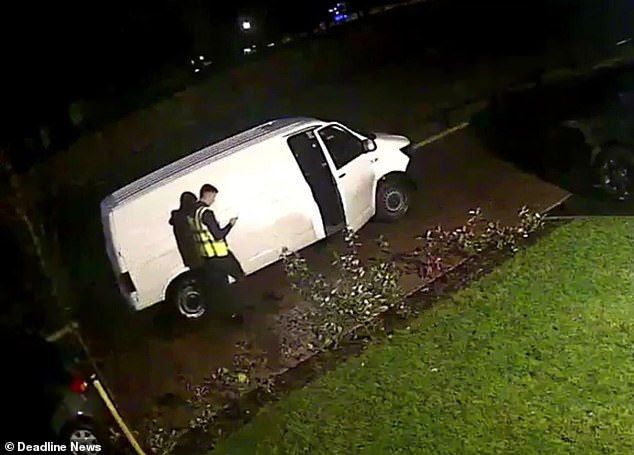 An audible crash can be heard and the Ford Ka is rammed four or five feet backwards.

The driver can be seen trying to see if anyone noticed what had happened, before he drives the van to the end of the lane and leaving the street.

Amazon commented on Ms Johnston-Guest post of the video, thanking her for bringing the incident to their attention and said they would be investigating the crash.

Ms Johnston-Guest replied to the post, saying: ‘I have submitted the information. I am sure you can appreciate this is a very disruptive thing to happen the week before Christmas. 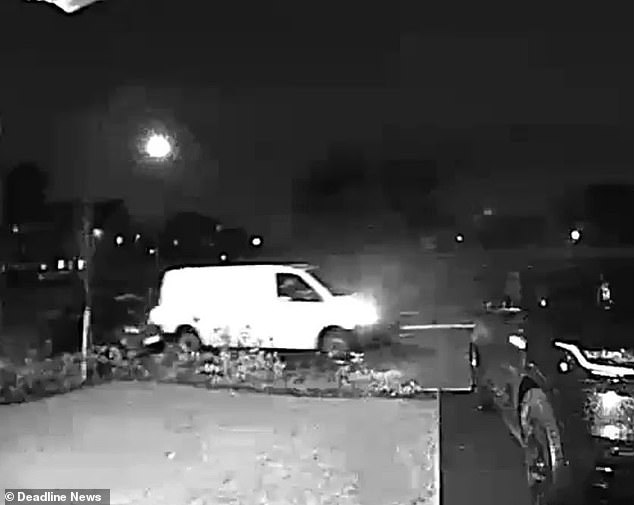 ‘I am very unhappy with Amazon. I know you have procedures in place for a reason but the way I see it is that your employee has committed a crime and you are withholding information that we need to pass to the police.’

Speaking today, Jane said: ‘I am appalled that somebody would just drive off after clearly causing a lot of damage.

‘We haven’t had the car assessed yet but I am anticipating they will write it off. It is currently not drivable.’ 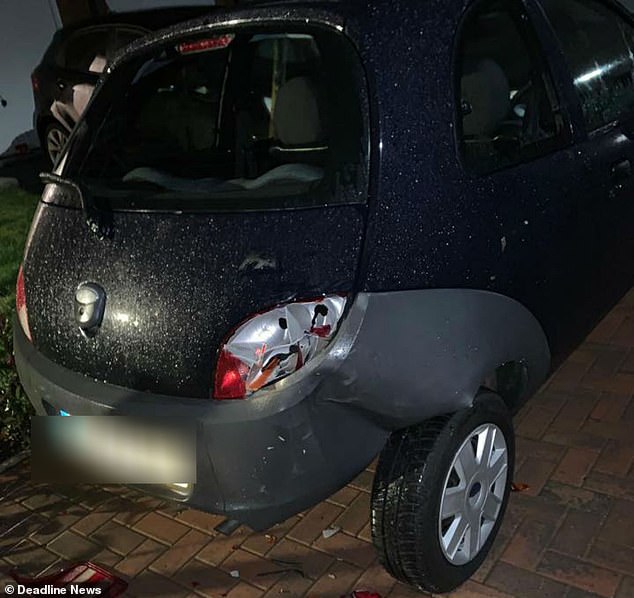 Amazon, car, driver, flee, smashes
You may also like: