Shannon Matthews: The Musical is available to buy on both sites and features 29 vile songs about the youngster, who was hidden in a bed by her evil mother Karen. 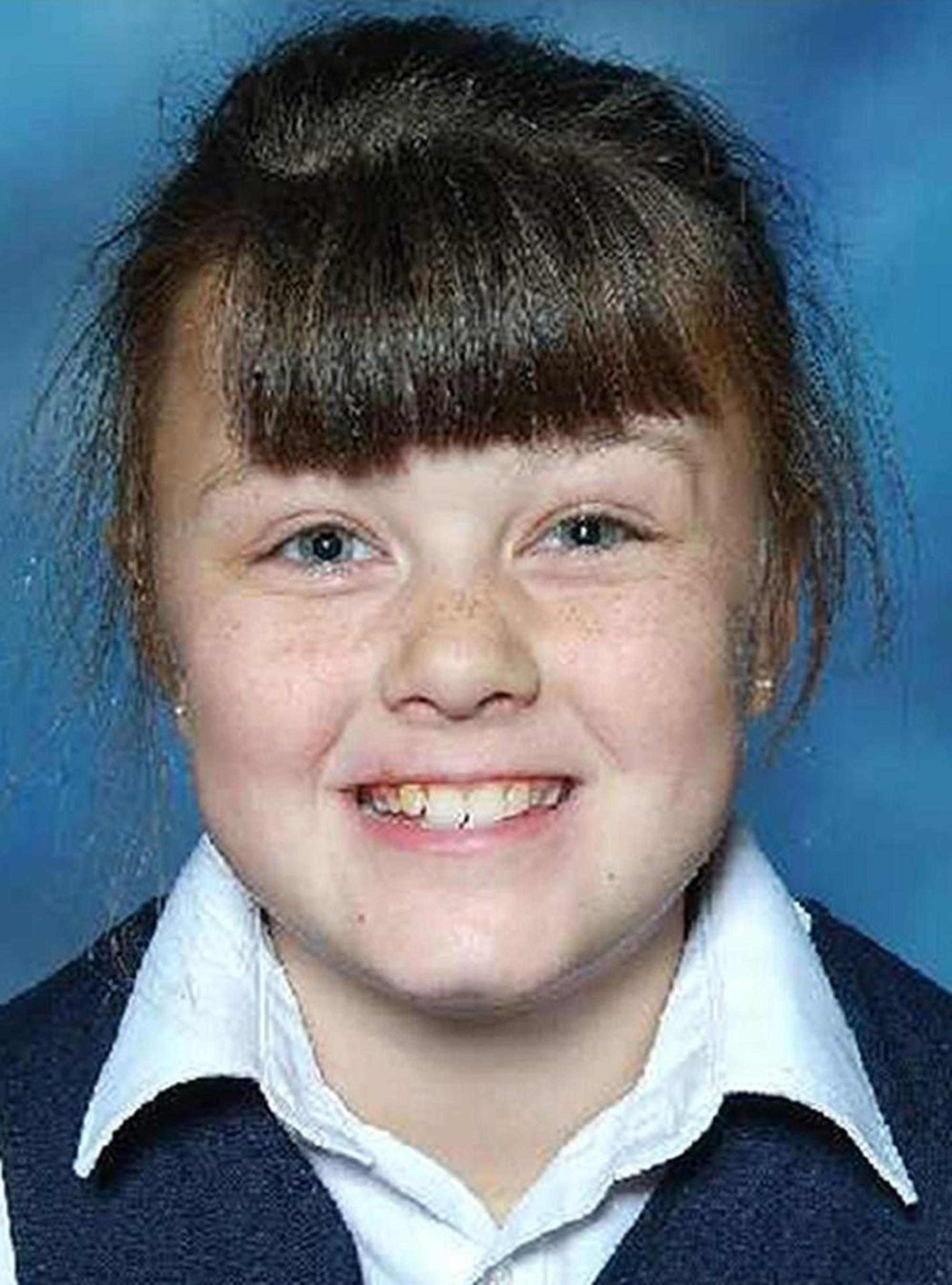 Tracks include ‘Shannon Ain’t Dead (She’s Under My Bed)' and ‘Karen’s Got Talent’.

Two other songs, ‘I’ve Got A Plan (Based On Maddie McCann)' and ‘Karen Calls The Maddie Hotline’, make reference to missing toddler Madeleine McCann. 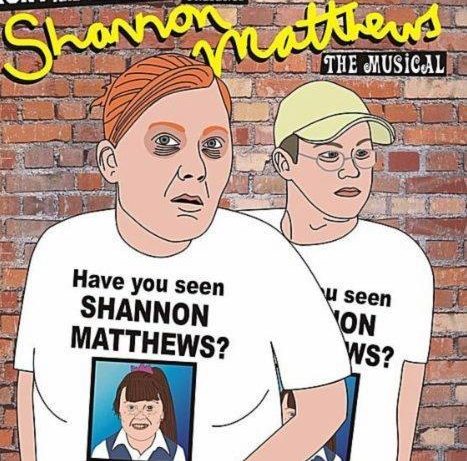 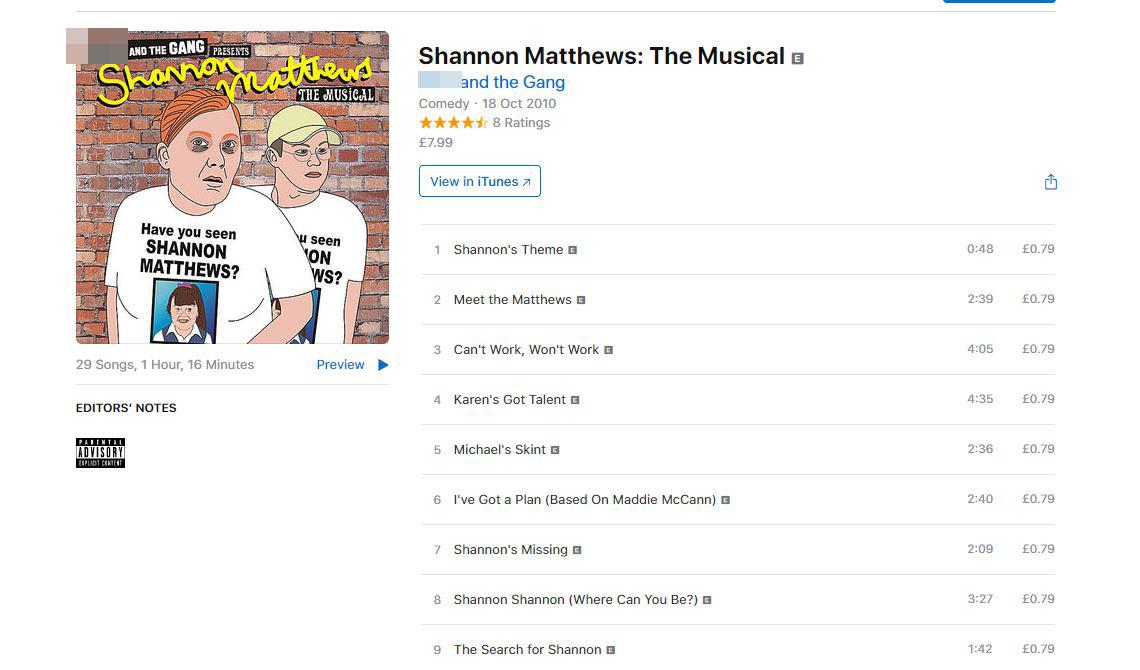 Available to download on iTunes and Amazon Music for £7.99, the album artwork features a cartoon drawing of Karen Matthews and her paedophile ex-boyfriend Craig Meehan.

Both are wearing ‘Have You Seen Shannon Matthews’ T-shirts.

An NSPCC spokesperson has blasted the album.

He said: “It’s pretty simple: it isn’t fodder for comedy. We think most people would understand that.” 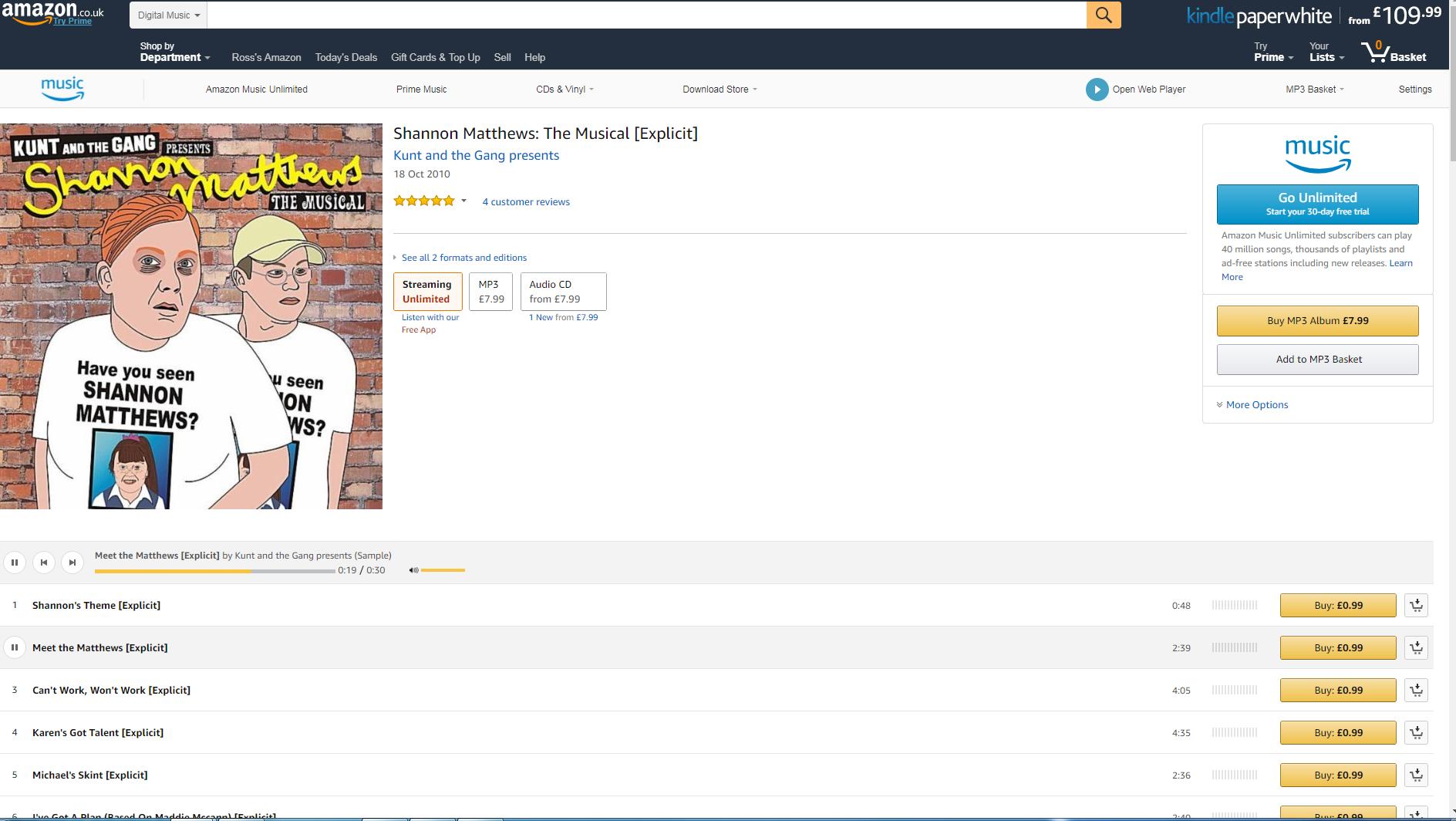 Shannon Matthews: The Musical was recorded by controversial internet star K**t and the Gang, who is from Basildon in Essex.

The Sun Online has contacted both iTunes and Amazon for comment, but neither responded.

Shannon was first reported missing in Dewsbury, Yorkshire, in 2008.

Following a huge manhunt spanning 24 days, she was discovered in a bed base at the home of Craig’s uncle, Michael Donovan.

It was later revealed that her twisted mum Karen and Donovan had staged the entire disappearance in an attempt to pocket substantial reward money.

Karen and Donovan were later sentenced to eight years behind bars.

Last week, Karen – who has since been released – insisted she is "not Britain's worst mum" and claims she knew nothing about the plot that shocked the nation.

She told the Mirror she was made a "scapegoat", saying: “From the start I didn’t know where she was. Others were involved. I didn’t have a clue.

“You can’t kidnap your own child. I know the truth and I wasn’t involved in it. I still have nightmares thinking that it’s all going to happen again."

£7.99, Album, Amazon, And, iTunes, Matthews, mocking, selling, Shannon, Vile
You may also like: