American charged in 'enemy of the people' threats to Boston Globe

Boston: A California man has been charged with threatening to kill employees of the Boston Globe newspaper in retaliation for its role in leading an editorial defence of press freedoms by hundreds of US news organisations against attacks by US President Donald Trump.

Federal prosecutors said Robert Chain, 68, called journalists "the enemy of the people" in threatening telephone calls that echoed the phrase Trump has used to criticise unflattering news coverage through his campaign and time in office. 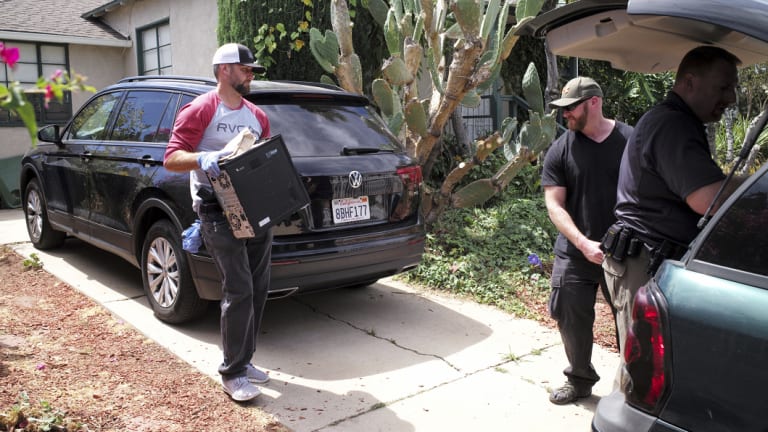 FBI agents remove evidence from the home of Robert Chain in the Encino, Los Angeles, on Thursday.

"In a time of increasing political polarisation, and amid the increasing incidence of mass shootings, members of the public must police their own political rhetoric. Or we will," Andrew Lelling, the US attorney for Massachusetts and a Trump appointee, said in a statement on the arrest.

About two dozen federal agents in tactical gear and an armoured vehicle arrived at Chain's stucco single-storey home in Los Angeles' Encino section just before 6am. Neighbours said they heard small explosions, like the bursting of flash-bang grenades, before Chain was led from his house dressed only in a pair of shorts.

He was arrested after threatening to travel to the newspaper's offices and kill journalists. Prosecutors charged him on Thursday with making threats in interstate communications. If convicted, he could face up to five years in prison.

Prosecutors said Chain made 14 threatening calls to the Globe from August 10 through August 22, including on August 16 – the day the press freedom editorials ran – when he threatened to shoot employees in the head at 4pm. That prompted authorities to station police outside the paper's Boston building.

"While it was unsettling for many of our staffers to be threatened in such a way, nobody – really, nobody – let it get in the way of the important work of this institution," Jane Bowman, a Globe spokeswoman, said in a statement. 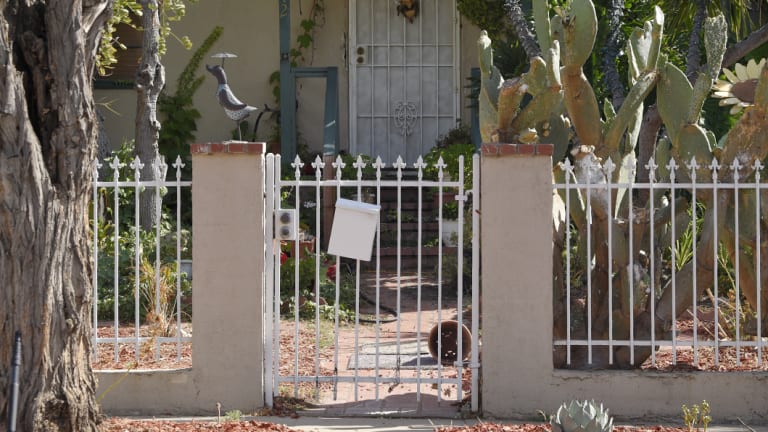 At a hearing in Los Angeles, a federal magistrate ordered that Chain be released on $US50,000 ($68,000) bond and to appear in federal court in Boston on September 24, according to Thom Mrozek, a spokesman for the US Attorney's Office in Angeles.

It was not immediately clear whether Chain had hired a lawyer.

The <em>Globe</em> announced its plan on August 10 for coordinated editorials defending press freedoms enshrined in the First Amendment of the US Constitution. Newspapers and other media outlets across the United States joined in on August 16. 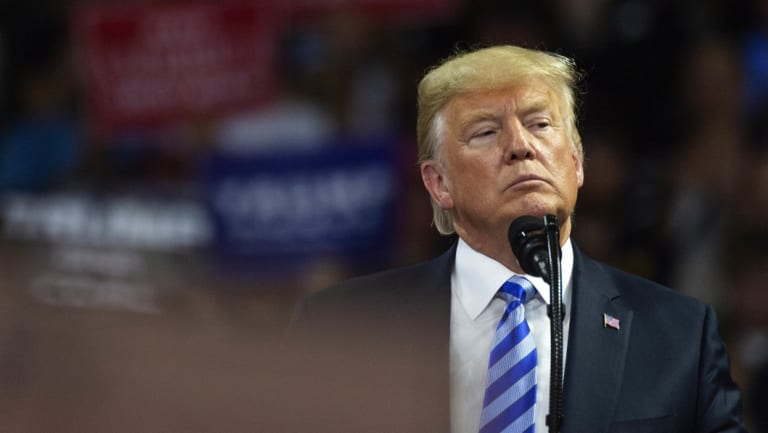 US President Donald Trump has often charged the media with being the “enemy of the people” at his rallies.

The editorials led Trump to lash out on Twitter, saying: "THE FAKE NEWS MEDIA IS THE OPPOSITION PARTY. It is very bad for our Great Country….BUT WE ARE WINNING!" He did not provide specifics.

Trump continued bashing news media organisations on Wednesday and Thursday, lashing out at NBC and CNN, and again using the phrase "enemy of the people". 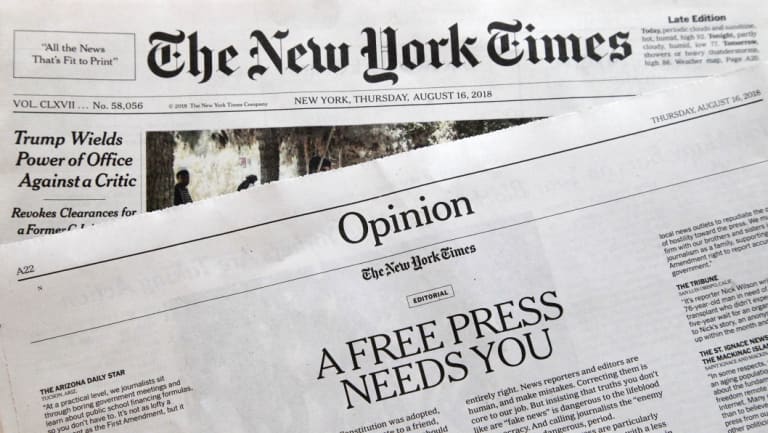 An editorial titled “A Free Press Needs You” is published in The New York Times on August 16, in coordination with the Boston Globe.

In June, five people were fatally shot at a newspaper in Annapolis, Maryland, allegedly by a man with a long-standing grudge against the paper, prosecutors said.