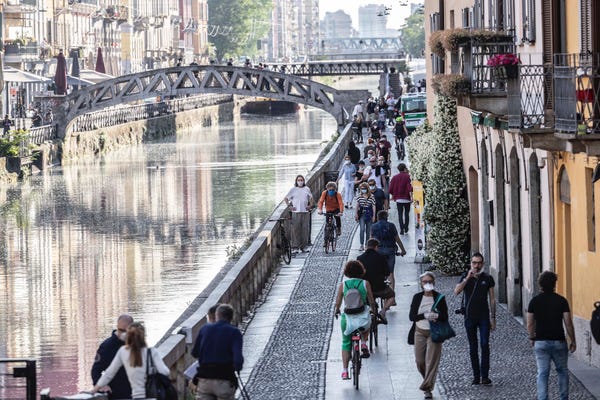 A meticulously planned heist unfolded Tuesday when two robbers held tellers at a bank in Milan, Italy, at gunpoint. Two accomplices popped out of a manhole inside the bank to get to work, the Guardian and Italian news reported.

The armed gang fought with a bank manager and held him and another employee hostage. A third employee managed to escape.

Police were quick to surround the bank, but the robbers inside deployed a fire extinguisher to create confusion, the Guardian reported.

Then their accomplices, who had crawled through a sewer network in the city to arrive at the Crédit Agricole branch on Piazza Ascoli, escaped the way they came.

They stole 20 safe-deposit boxes in the process, according to the Guardian's reporting.

The bank manager was struck in the head with the butt of a gun, but no one else was injured, the Guardian reported.

"There was a brief struggle but they didn't rage on me," the manager told local news outlet, La Stampa, while holding ice to his neck.

There were no customers in the bank at the time of the robbery, La Stampa reported.

Police followed the robbers into the manhole, but lost them, according to the outlet.

Italy, milan, police, R., Sewer
You may also like: