WARDENS patrolling Spanish holiday spots, including those on the Costa del Sol, have reported 22,000 incidents after closing 55 beaches amid a spike in Covid-19 cases. 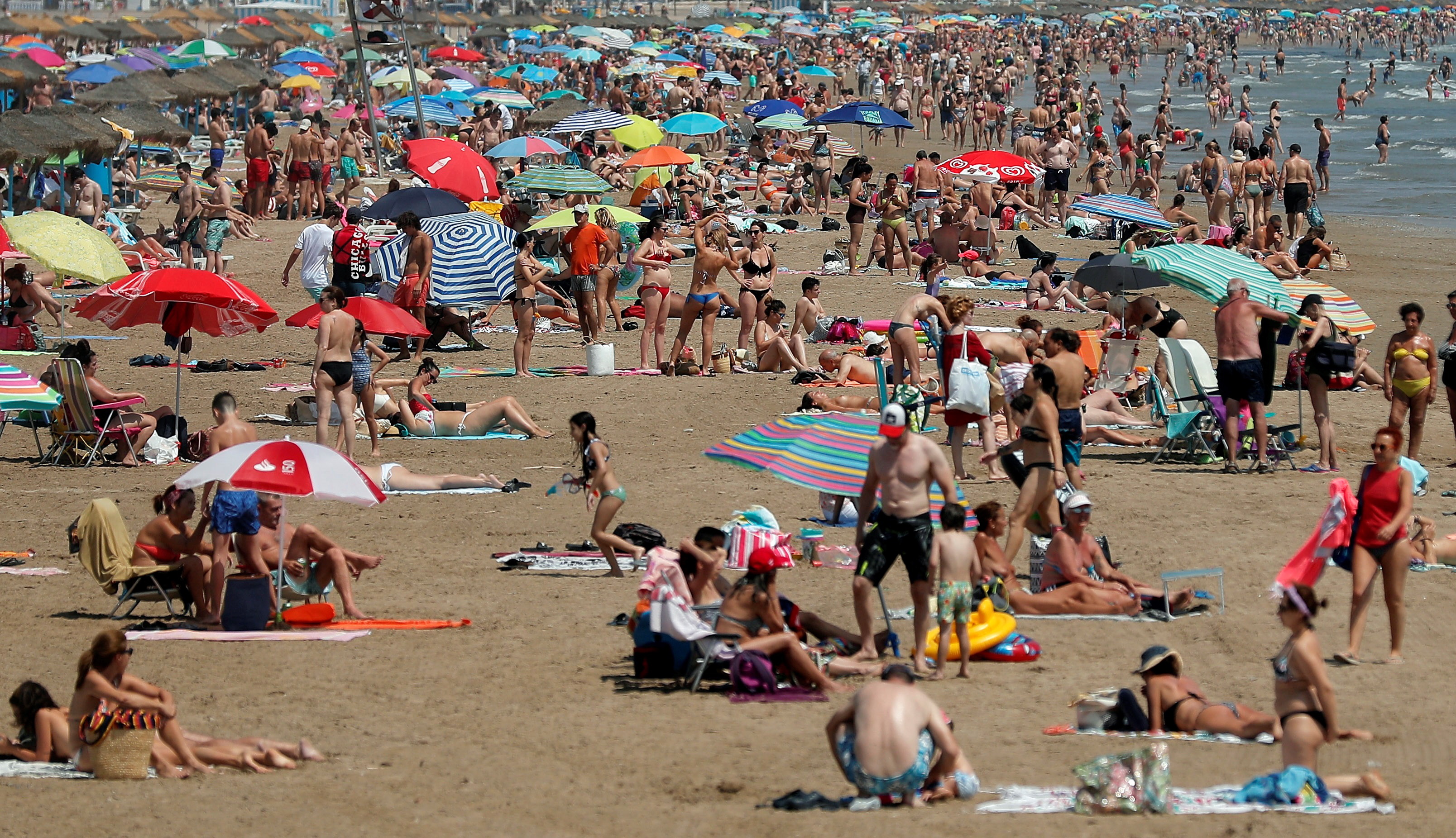 Thirty of those beaches temporarily shut in Brit holiday spots of Costa del Sol to maintain the 1.5metre distance.

But since then “beach assistants”,  recruited to patrol Andalucia’s coastline to make sure beaches do not become too packed, have reported about 22,000 “incidents” committed by tourists.

Mostly this was not complying with safety measures like social distancing or abusive behaviour after not being allowed on beaches once they are too full to be safe.

About 4,400 of those incidents were reported in Malaga alone.

PLEA TO BEHAVE TO BEAT COVID-19

Andalucia’s Interior Minister Elías Bendodo said: "We all want to go to the beach, but we have to do it responsibly."

He also urged both visitors to the region and Andalucians for “responsible tourism.”

The most Brazen was one in the Cost de la Calma in Calvia which was attended by 100 people, reports Olive Press. 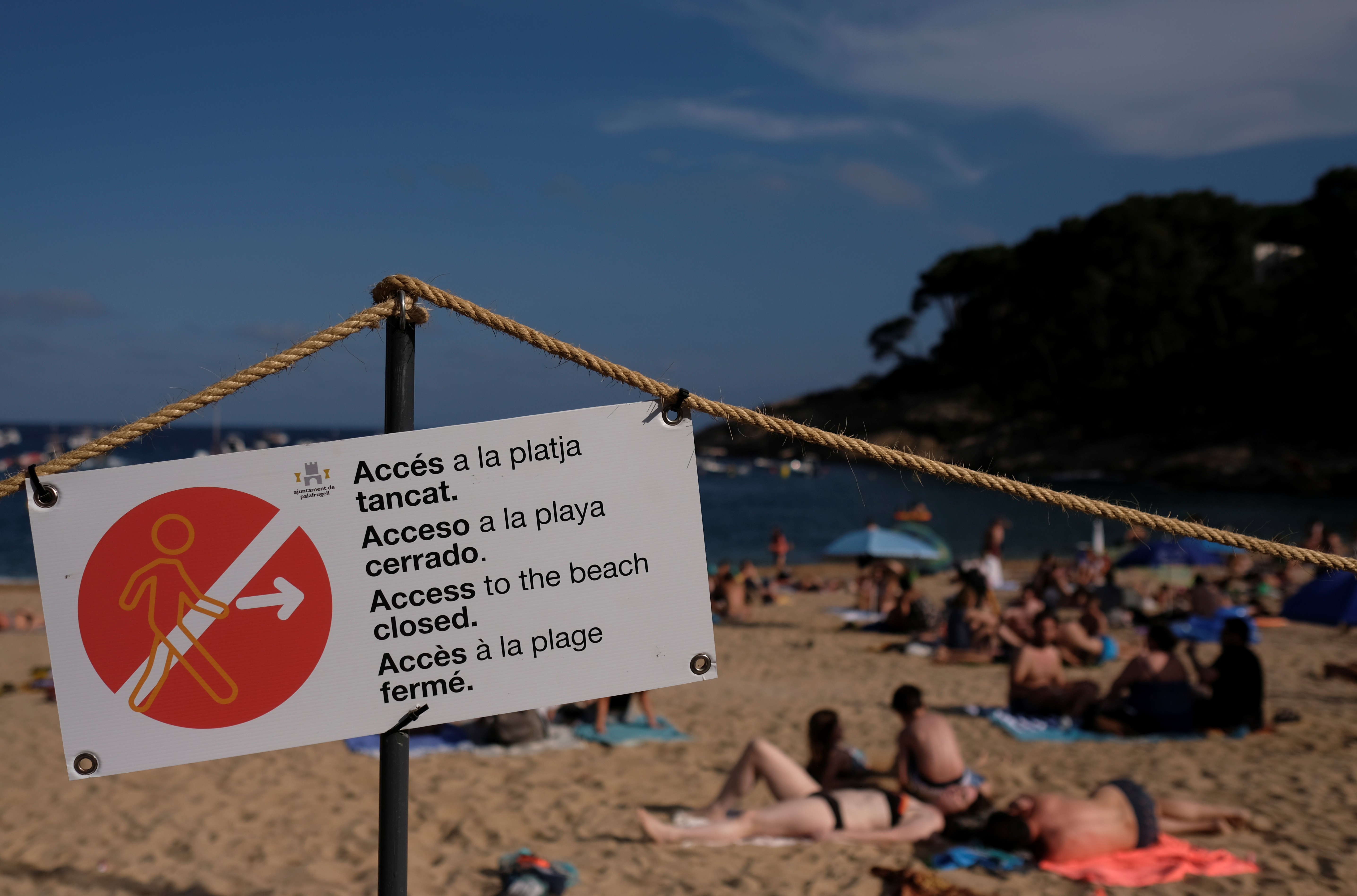 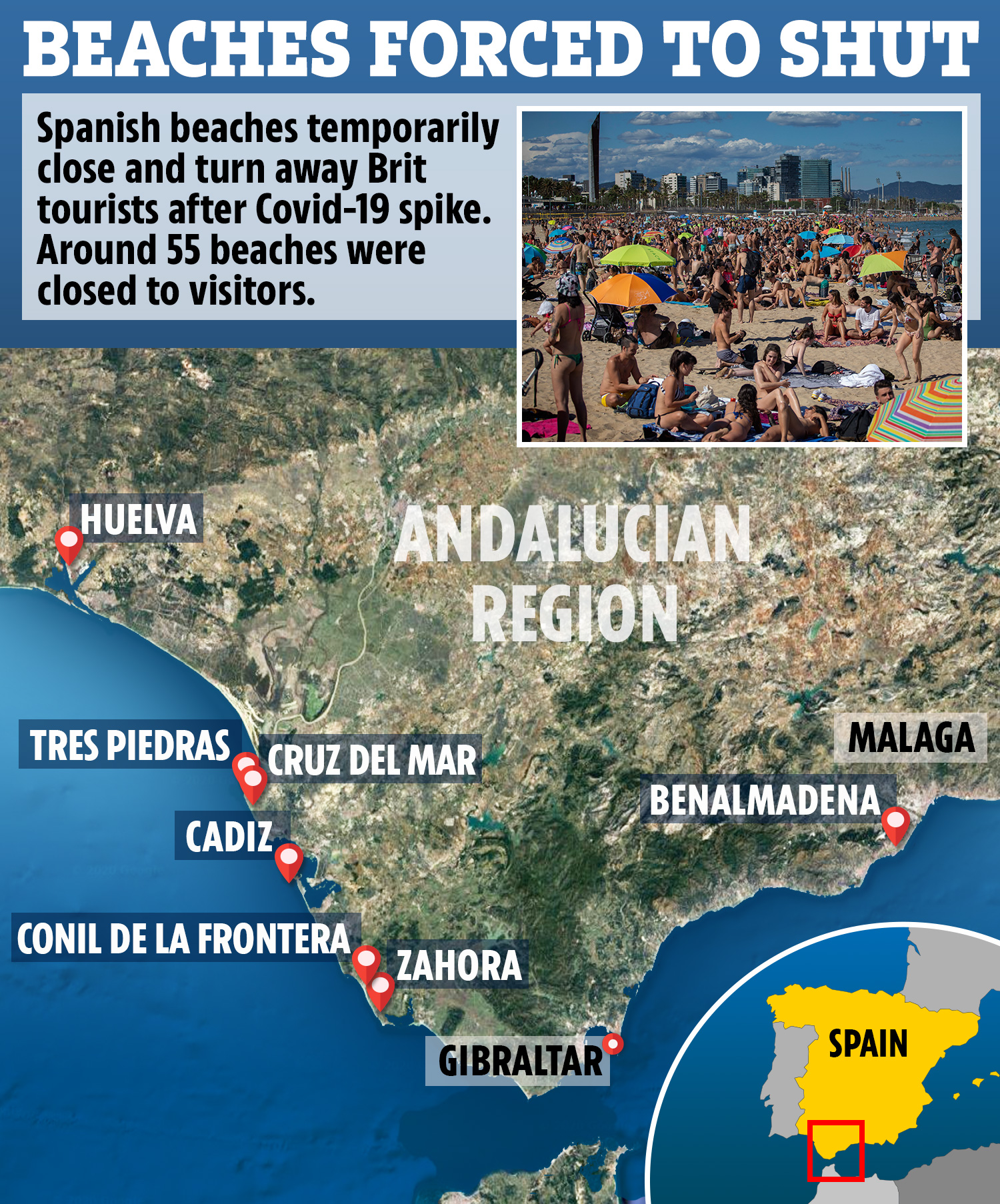 The temporary beach closures came days after Spain reopened its borders to European tourists in a bid to kickstart its economy.

But a surge in coronavirus infections saw the country impose a second local lockdown in just two days.

The northwestern Spanish region of Galicia imposed restrictions on about 70,000 people on Sunday, a day after Catalonia also introduced a local lockdown to curb the spread of the deadly bug.

People living in La Marina along Spain’s northern coast in the province of Lugo will not be able to leave the area from midnight on Sunday until Friday, officials announced.

Spain stunned holidaymakers after locking down the entire region of Segria after a spike in coronavirus cases.

The region, near Barcelona, is popular with UK tourists who will now be planning holidays.

But after a surge in killer bug cases in the area, as many as 400,000 people have gone back into a local self-isolation.

However, Brits heading back to Spain for some fun in the sun claim they feel safer there than they do back home in the UK.