Support for Premier Daniel Andrews remains solid, with just over half of Victorians backing his handling of the coronavirus pandemic despite months of tough lockdown restrictions and criticism over the failed hotel quarantine program.

In a week that saw new daily COVID-19 cases drop to single digits after a peak of 725 in August, an Ipsos poll commissioned by The Age and Nine News found 52 per cent of Victorians surveyed approved of the way Mr Andrews had performed his role, with 33 per cent disapproving.

The online poll – conducted over three days last week before Mr Andrews' decision on Sunday to temporarily delay easing restrictions – is devastating for the opposition. 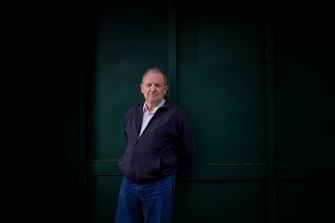 Swinging voter Mike Trickett at his home in Geelong. Mr Trickett says he will now vote for the Andrews government.Credit:Luis Ascui

Only 15 per cent approved of Opposition Leader Michael O'Brien's performance during the pandemic. His approval rating among even Coalition supporters surveyed was just 27 per cent.

The poll found opinion was divided on how the state government overall had handled the pandemic in Victoria. Of the 858 Victorians surveyed, 49 per cent were satisfied and 40 per cent dissatisfied. 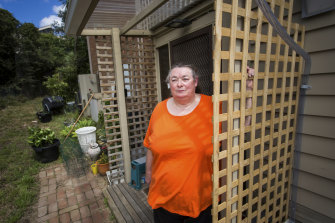 Virginia Fricker is so appalled by Daniel Andrews performance she is considering voting Green for first time.Credit:Paul Jeffers

Virginia Fricker, a 67-year-old retiree from Mount Martha, believed Mr O'Brien was stuck between a rock and a hard place. "He can't come out and be critical because everyone will accuse him of being an anti-vaxxer and a tin-foil hat wearer but he doesn't feel he can support the Labor government because he is a Liberal. He can’t say anything really."

Ms Fricker has disapproved of Mr Andrews' performance, even though she says she has always voted for the ALP in the lower house at state elections.

"I don't like his forcefulness," she said. "If you want people to follow rules you have to give them rules they understand and see are reasonable."

For a long time, the Premier yielded a stick with no carrot, she said.

"What was worse he was yielding a big stick while the government was messing up on hotel quarantine and contact tracing."

Ms Fricker said she and her husband were seriously wondering if they could ever vote Labor again. "This might have turned us into two Greens."

The majority of those polled were happy with Professor Brett Sutton's performance as Chief Health Officer, with 57 per cent approving and 20 per cent disapproving.

Professor Sutton has recently come under scrutiny about when he first became aware private security was guarding quarantine hotels and why some emails were not initially made available to the hotel quarantine inquiry.

The poll found that half of Victorians believed the state government's hotel quarantine was to blame for the second wave of COVID-19, while 40 per cent blamed individuals for not taking the risk seriously and breaking regulations. The hotel inquiry heard that genomic sequencing had shown more than 99 per cent of Victoria's second wave could be linked to returned travellers required to stay in hotel quarantine.

The Ipsos poll data was weighted to represent the state demographic profile. The maximum margin of sampling error that might apply was plus or minus 3.4 per cent.

Andrews, But, li, strong, support
You may also like: