Animal behaviourist reveals everything there is to know about cats

Animal expert reveals what your cat is trying to tell you when it vomits in a strange place, sticks its bottom in the air or gazes into your eyes

An animal behaviourist has revealed the bizarre reasons behind cats’ idiosyncrasies, from poking their bottoms out and needing to feel ‘superior’ by climbing up high.

Dr Jo Righetti said that because cats have very few facial muscles, they don’t show as much expression and show love for their owners in different ways.

‘I think a lot of people are used to the way that dogs communicate,’ she told Seven’s Morning Show on Monday.

‘So they have boundless energy and enthusiasm, jump on us and give us that smile. 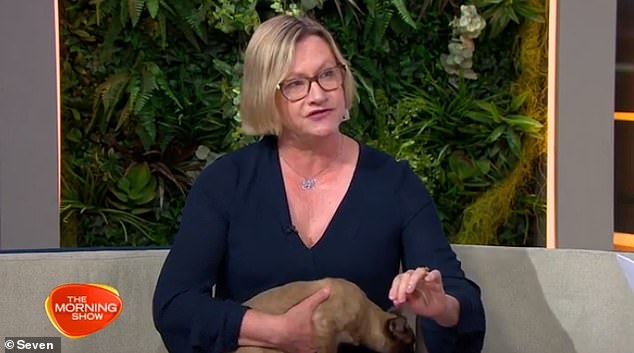 Animal behaviourist Dr Jo Righetti said that because cats have very few facial muscles, they don’t show as much expression and show love for their owners in different ways 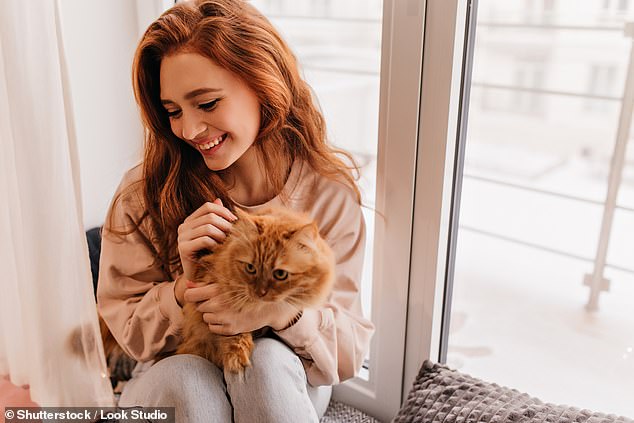 Dr Righetti said cats put their bottoms towards their owners because they want to be patted on their back, or they could be looking out at something (stock image)

‘Trying to be near us, following us around, sitting near us or in our beds, rubbing up against us, little meows to us are more subtle signs, but it does mean that your cat loves you.’

Dr Righetti said a lot of cats do miss their owners when they go away, but get used to being on their own quicker than dogs do.

What does it mean if your cat sits facing away from you when you’re talking to them?

Dr Righetti, who has a PhD in animal behaviour, said the reason could be as simple as asking to be patted on their back, or they could be looking out at something.

‘It’s really a mark of respect and comfort for the cat to be near you but not necessarily looking at you,’ she said.

‘One of the ways they do show love is to gaze into their owner’s eyes.

‘If you want to see if your cat’s relaxed with you, do a slow blink or a wink at them and they may do the same back to you.’

Should cats be kept indoors or outdoors?

Dr Righetti said animal experts encourage owners to keep cats indoors as much as possible to avoid fights with other felines, hunting wildlife or getting stolen or hit by a car.

‘Inside is better, but we have to make sure that they are happy inside, so we cater to their needs,’ she said.

‘Cats are natural hunters, so let them hunt toys and have fun with you indoors.’

Dr Righetti suggested giving cats spaces to climb up high where they feel safe and secure and ‘a bit superior to us’.

Do cats get territorial over their owner? 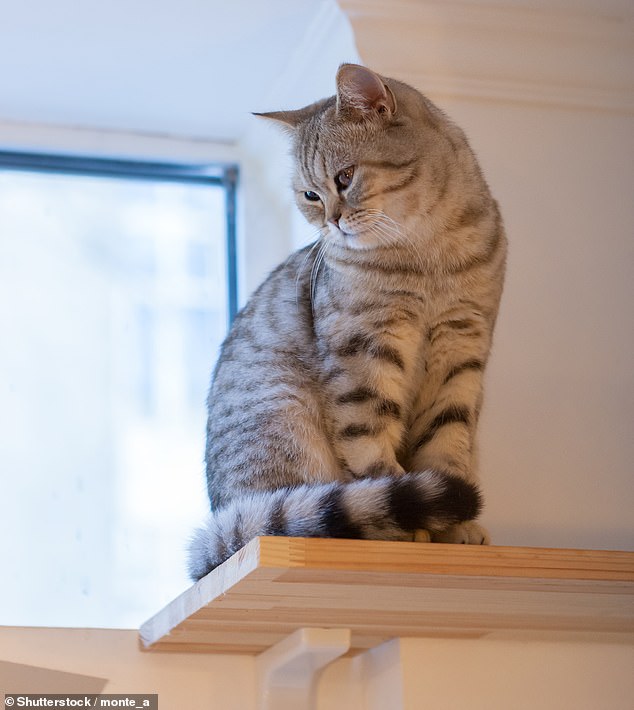 ‘It can happen, and it happens often in narrow corridors, doorways, or under the owner’s beds,’ Dr Righetti said.

‘That bedtime tussle can happen. Cats do what’s called time partitioning of territory, so they will decide, ‘I get the first shift on the bed and you can get the second shift.’ So cats do work it out.’

Does my cat hate me because she vomited on a photo of me?

‘When animals go to vomit, they look for a different substrate – so if you’ve got beautiful floorboards that would be easy to clean, they go and choose the carpet,’ Dr Righetti said.

She said cats are known to avoid people who make eye contact with them, and are more likely to give attention to those who look at them

‘But cats quite like that, because they feel that it’s very non-threatening, so they will approach people who aren’t looking at them,’ Dr Righetti said.