ROCHESTER, England (Reuters) – Another campaign day, another crisis for Prime Minister Boris Johnson in his quest to hold onto office and, as he repeated to an audience in southeastern England on Friday, to “get Brexit done” and “get Britain out of neutral”. 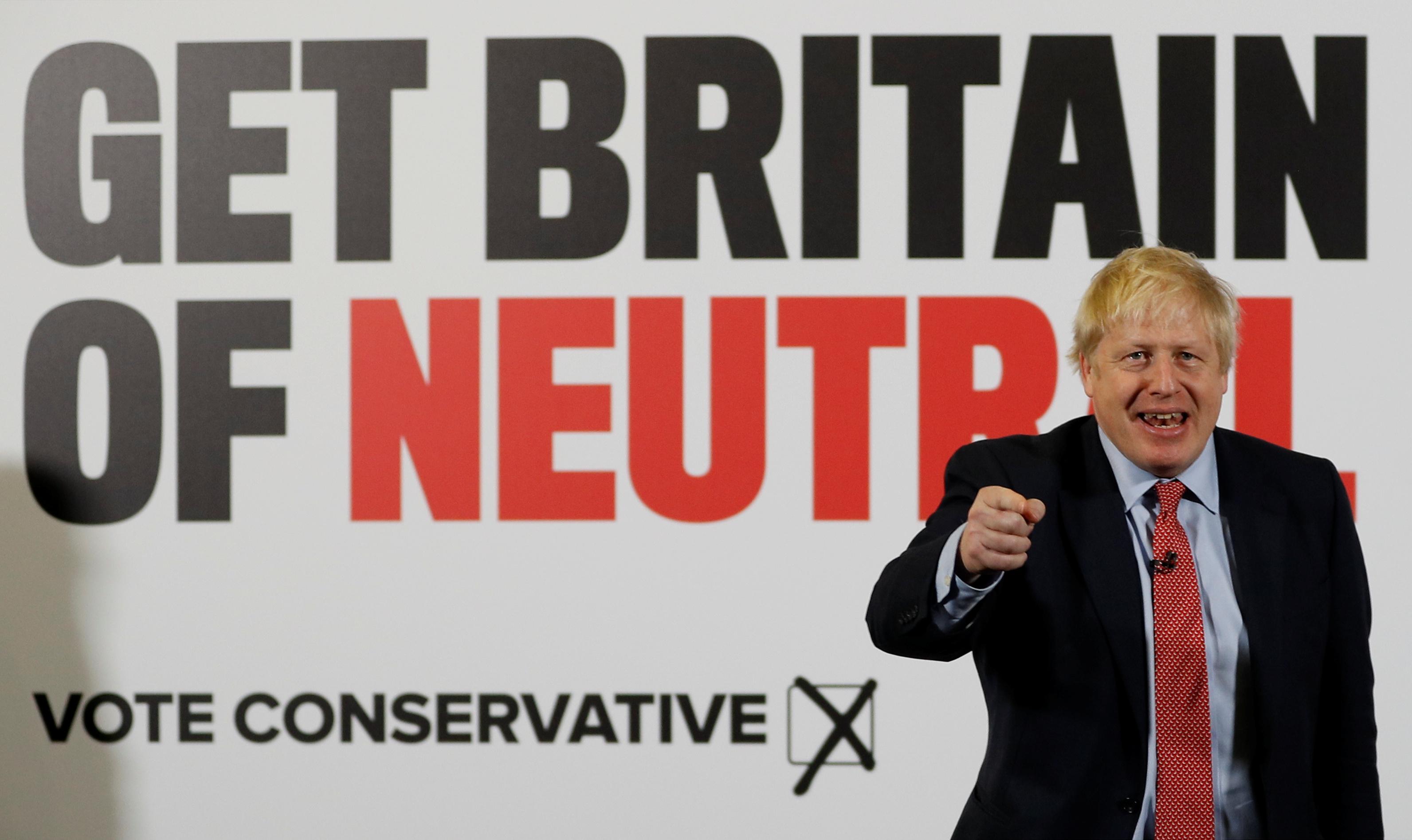 Faced with accusations he has lied to the public over his Brexit deal, Johnson rubbishes the criticism, sticking firmly to his script that his “fantastic deal” to leave the European Union is the only one that will see the whole of Britain exit quickly.

It is part of what is a largely defensive strategy before the Dec. 12 election, in which Johnson often has to respond to accusations from his main challenger, opposition Labour leader Jeremy Corbyn, rather than setting the agenda.

Knowing that the election is the prime minister’s to lose against Corbyn, who is deeply unpopular in the polls, Johnson’s campaign is playing it safe – focusing on a few core messages and hoping that the criticism fails to stick.

And it seems to be working.

At a planned stop for his well-traveled campaign battle bus in the Conservative safe seat of Rochester, in southeastern England, even failing to turn up does little to dent the enthusiasm of his supporters. For many, it’s just him.

Lauren, a housewife from nearby Dartford who declined to give her last name, said she believed that Johnson was a “man of the people”, someone who would stick up for those who voted for Brexit and want it over and done with.

But, out with two friends to enjoy a Christmas market, she adds: “When it comes down to it, there aren’t any good choices … But I think Boris probably has Britain’s interests at heart more so.”

In an election hastily called by a prime minister who has suffered more parliament defeats than victories in his just over four months in power, there is little excitement on the campaign trail. It is more a case of trying to avoid any potentially embarrassing moments.

At the Rochester campaign stop, which was scrapped because logistics and security advice made it impossible, according to a Conservative source, a few protesters hold placards, with one saying: “Austerity killed 130,000. The blood is on your hands.”

But the crowd is largely supportive – nearly 64 percent of voters in the area backed leaving the EU in the 2016 referendum – with many wanting someone to end the debate over Brexit.

Such warmth is to be expected. Rochester has voted for the Conservatives at the last two elections, but even in this seat, there are some who question whether the prime minister can be trusted.

“They all lie in their own way. They are politicians,” said Lauren when asked if she believed the promises of both Johnson and Corbyn.

At a speech at the nearby Kent County show ground, the traditional home to agricultural shows, Johnson again turns the question of trust back to the delay over Brexit – most probably his strongest message in this campaign.

“On the substantive point that you make, which is about trust in politics. The issue before the country is after three-and-a-half years politicians of all parties are held in low esteem because they have refused to get on and deliver on the mandate of the people,” he told a small audience.

“And it is utterly shameful and now is the time to do it. We have a great (Brexit) deal, it’s ready to go.”

Britain, El, election:, Johnson, Us
You may also like:

Pensioner covers raider in Creosote who tried to burgle his house