Another piece of 'cannibal teacher's victim' found by German police

Another piece of a man suspected to have been killed by a cannibal German school teacher before being eaten has been found by police.

Trogisch is believed to have met suspect Stefan R, 41, at his apartment after meeting on a gay dating website. 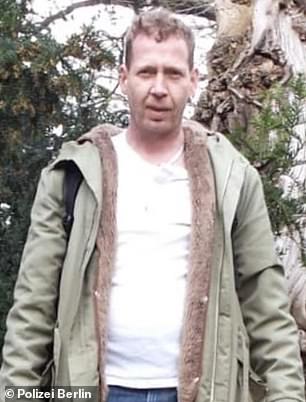 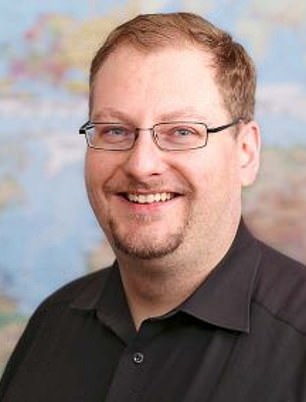 Investigators found another piece of 44-year-old alleged victim Stefan Trogisch’s (left) body in Pankow, Berlin, yesterday afternoon, after originally finding his bones in a park last Thursday. Trogisch is believed to have met suspected cannibal murderer Stefan R (right), 41, at his apartment after meeting on a gay dating website

Stefan R, was arrested on Thursday after fleshless human bones were found in a park and sniffer dogs led detectives to his apartment in the German capital.

Investigations revealed that the 41-year-old had searched for cannibalism-related content online and had once engaged the internet on the question of whether a person could survive after having their penis cut off, according to Bild.

Trogisch had been reported missing by his flatmates in early September after leaving his apartment in Lichtenberg shortly before midnight on September 5 and failing to return.

After the pieces of leg bone were found in a park on November 8, police had two sniffer dogs independently follow the trail from different points in the city.

Both of the dogs led investigators to Stefan R’s flat in Pankow, where detectives reportedly found a bone saw with human blood on it as well as a supply of chemicals and an empty cooler.

The suspect told police he wanted to use the chemicals to make soap, but police are investigating whether they could have been used to break down a human body.

Traces of the alleged victim’s blood were also found at the apartment after forensic tests, according to the Berliner Morgenpost, leading to Stefan R’s arrest.

The suspect has since declined to answer questions.

Investigators are said to have obtained messages between the alleged killer and victim on a gay dating website, leading police to believe that they agreed to meet.

Detectives also found evidence from Stefan R’s internet history which suggested he was interested in cannibalism. 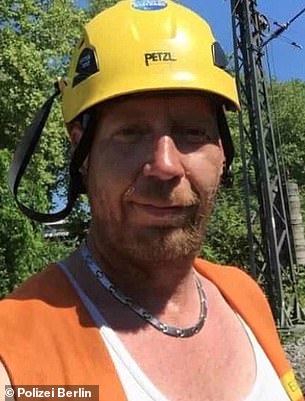 On one forum, he was answering other people’s questions about whether it was possible to survive a genital amputation – saying that ‘in my experience’ some people desired it in order to feel like women or to take masochistic pleasure in it.

‘The suspect had an interest in cannibalism,’ said prosecutors’ office spokesman Martin Steltner. ‘He searched online for the topic.’

In addition, the meatless bones found by pedestrians in the park raised suspicion that the flesh had been artificially removed.

‘Because of the completely fleshless bone, and other evidence, we strongly suspect that Stefan T was the victim of a cannibal,’ a police spokesman said.

Prosecutors said it was unclear whether the victim had also had an interest in cannibalism.

Police announced on Thursday that the search for the missing Trogisch was now a murder investigation, after tests showed that the bones belonged to him.

Stefan R, a maths and chemistry teacher at a secondary school, was arrested at his home on Wednesday and brought before a judge.

State prosecutors later announced that he had been remanded in investigative custody on suspicion of ‘sexual murder with a base motive’.

Trogisch, an electrical mechanic, had not told his flatmates where he was going when he left his East Berlin flat.

However, authorities had previously stated that he was known to use dating apps to meet male and female partners.

The case has sparked comparisons to a notorious early-2000s cannibal murder in which the killer said his victim was a willing participant.

Armin Meiwes is serving a life sentence over the 2001 killing of Bernd Juergen Brandes, who he claims answered his online call seeking a young man for ‘slaughter and consumption’. 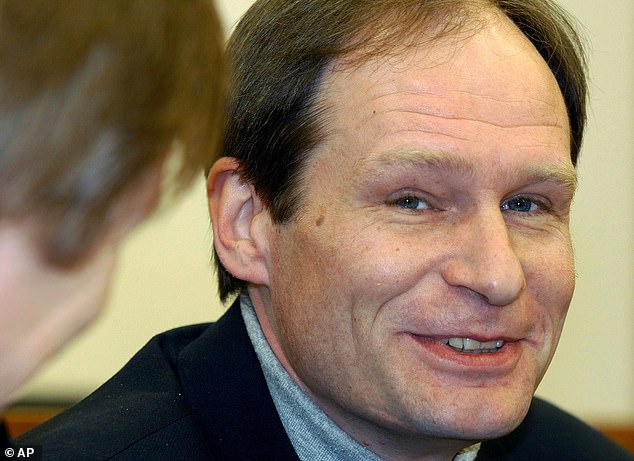 Brandes, an IT manager, had posted an advert for someone to ‘obliterate his life and leave no trace’.

After Brandes travelled by train to meet Meiwes, the killer videotaped himself severing his visitor’s genitals with a knife before both men tried to eat them.

‘Bernd came to me of his own free will to end his life,’ Meiwes claimed, saying his victim had wanted to be stabbed to death after overdosing to lose consciousness.

Meiwes was originally convicted of manslaughter in 2004, but federal judges later quashed that verdict and he was found guilty of murder at a retrial in 2006.

The court in Frankfurt said Meiwes was psychologically ill but fully aware of his actions.

Judges also rejected the defence’s argument that the act was similar to euthanasia, which is illegal but would have carried a shorter sentence.

Two years ago, a court rejected Meiwes’s bid to leave prison after 15 years, saying there was ‘currently no favourable outlook’ for his future behaviour.

In a separate case, a German police officer was convicted of murder in 2015 for killing a man he met in an internet chat forum devoted to cannibalism.

Prosecutors said the victim had fantasized about being eaten, but there was no evidence the suspect actually did so.