Anxiety levels among teenagers IMPROVED during the coronavirus lockdown because they avoided day-to-day pressures of school life and difficult peer relationships, study finds

Anxiety levels among teenagers improved during the coronavirus because they were avoided the day-to-day pressures of school life and difficult peer relationships, a study has found.

Research from the University of Bristol surveyed 13 and 14-year-old pupils from 17 secondary schools across the South West of England in October last year and again in May.

They found that 54 per cent of 13 and 14-year-old girls showed they were at risk of anxiety – compared to 26 per cent of boys of the same age.

When surveyed again in May, the figures dropped by nearly 10 per cent among girls to 45 per cent and to just 18 per cent of boys.

Many young people lost contact with friends and support networks when the restrictions were imposed but instead of their anxiety levels worsening, they improved, according to the study. 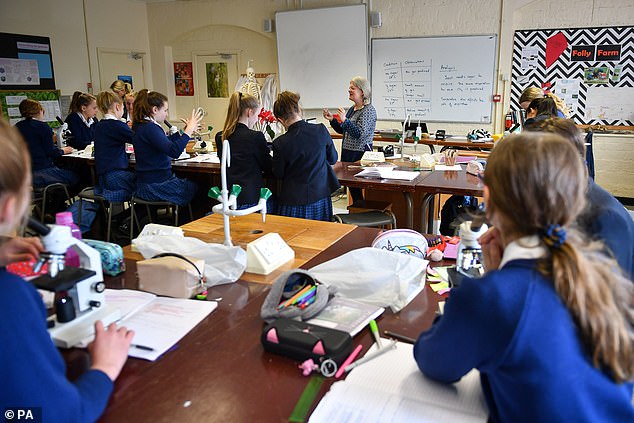 Researchers at the University of Bristol suggested that this was because there was no longer the day-to-day pressures of school life and difficult peer relationships.

‘With the whole world in the grip of a devastating pandemic, which has thrown everyone’s lives into turmoil, the natural expectation would be to see an increase in anxiety,’ said lead author Emily Widnall.

‘While we saw anxiety levels rise for a few of our participants, it was a big surprise to discover quite the opposite was the case for many of them.

‘Of particular interest, those students who felt least connected to school before the lockdown saw a larger decrease in anxiety which raises questions about how the school environment affects some younger teenagers’ mental well-being.’

‘This was again unexpected and arguably shows the resilience of young people and their ability to adapt to challenging situations,’ Miss Widnall said.

‘Amidst other headlines highlighting concerns about young people’s mental health being negatively affected, this is in one sense very welcome news, but at the same time it raises interesting questions about what the key drivers and triggers of anxiety or depression are for this particular age group.’

Many students’ sense of well-being also improved during lockdown, with boys showing a bigger improvement than girls.

‘Despite not attending, boys and girls both reported stronger connectedness to school during lockdown, with marked increases in the number of students who said they get the opportunity to talk with their teachers,’ Miss Widnall said. 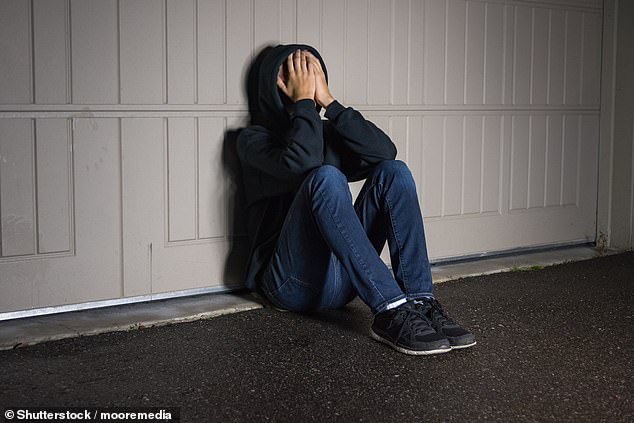 The biggest increase was seen during the week, when 55 per cent reported spending in excess of three hours daily on social media during lockdown.

Dr Judi Kidger, from the University of Bristol, said: ‘Our findings raise questions about the role of the school environment in explaining rises in mental health difficulties among teenagers in recent years.

‘As schools reopen, we need to consider ways in which schools can be more supportive of mental health for all students.’