Ape appears to be deep in thought at Melbourne Zoo

Gorilla in the midst… of thinking: Ape appears to be deep in thought at Melbourne Zoo

The moment a gorilla placed its head on its hand apparently deep in thought, resembling the famous statue ‘The Thinker’ by Auguste Rodin, was captured by a photographer at an Australian zoo.

Photographer David Whelan, 55, took the photograph while observing the gorillas relaxing in the midday sun at Melbourne Zoo, on June 14.

But he was stunned to see the male gorilla strike the philosophical pose reminiscent of the famous French sculpture’s statue. 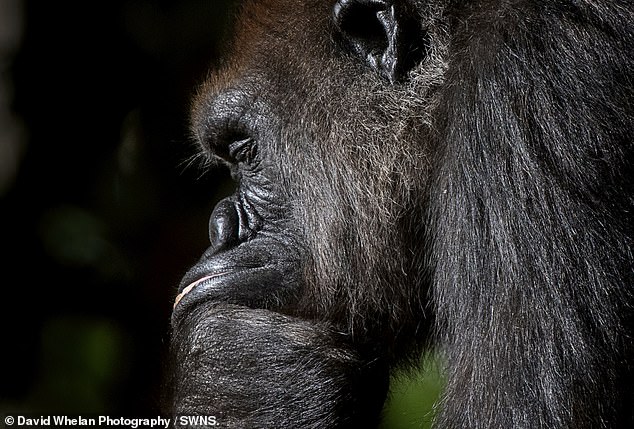 David, from Melbourne, said: ‘It had been a cold start to the day (with Australia currently in its winter months) and by midday the sun was out and the gorillas were very relaxed and enjoying the sun.

‘They were lying on the grass in almost the same positions as humans and I spent some time watching their interactions.

‘Gorillas are beautiful creatures and are so intelligent. This image captured the male in a philosophical pose that was amazing to witness.

‘I was lucky to capture the moment at the perfect time.’ 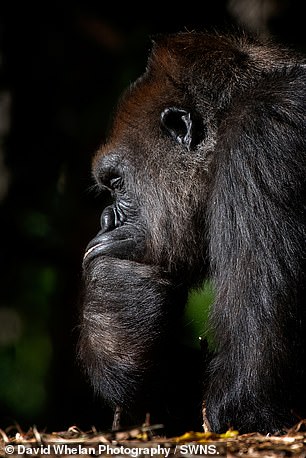 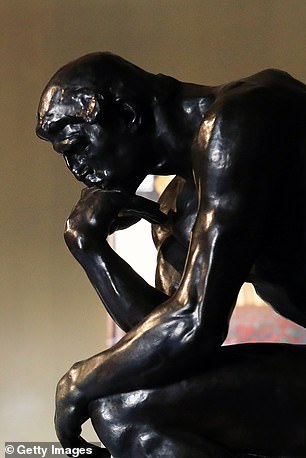 Left: The gorilla strikes a philosophical pose reminiscent of the famous ‘The Thinker’ statue. Right: ‘The Thinker’ of Auguste Rodin is seen at the Vatican Museums on June 8, 2020 in Vatican City

Rodin’s ‘The Thinker’ is a bronze sculpture, usually placed on a stone pedestal, and depicts a nude male figure of heroic size sitting on a rock, deep in thought.

It is an image often used to represent philosophy, and there are around 28 full-sized castings in the world, although not all were made under the original sculpture’s supervision or within his lifetime. Rodin lived from 1840 to 1917.

The statue was originally named The Poet, and was part of a large commission by Rodin that he started in 1880 called ‘The Gates of Hell’ – a sculptural group that depicts Dante’s Inferno – the first section of Dante’s Divine Comedy. 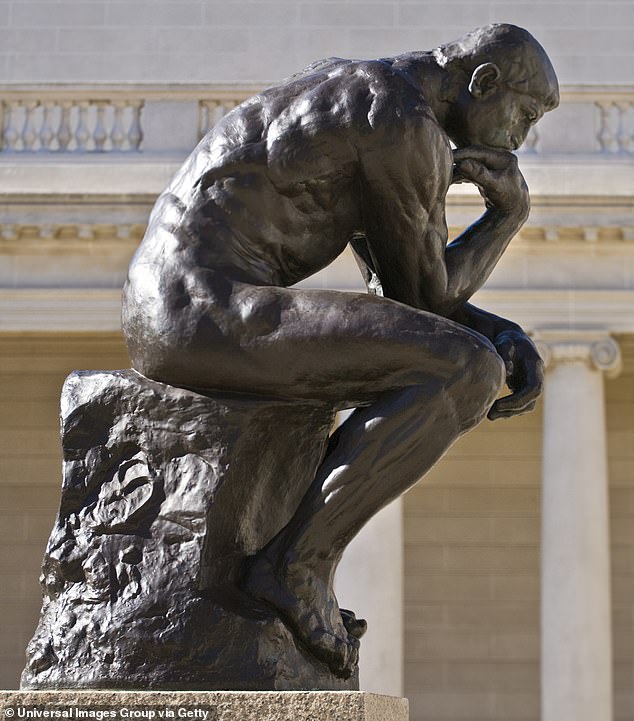 Pictured: The courtyard of The Legion Of Honor with an Auguste Rodin sculpture titled ‘The Thinker’, San Francisco, California. Copies of the statue can be found all around the world

‘The Thinker’ sits above the doors of the statue – designed to depict the gates of hell – surrounded by other smaller figures, but was later depicted in stand-alone statues in the early 1900s.

The original full-scale model first sat in-front of the Pantheon in Paris, becoming property of the city, before being moved to the Hotel Biron, which later became the Rodin Museum, dedicated to the works of the famous sculptor.

Today, copies of ‘The Thinker’ statue can be found in a number of countries, including France, Italy, Germany, Belgium, Switzerland, Australia, Poland, Denmark, Sweden, Brazil and the United States –  as well as in touring exhibitions.