New Zealand authorities have announced coronavirus lockdown measures will be wound back, though health authorities are scrambling to investigate the source of three new mystery cases in Auckland.

Auckland will move to level two restrictions, which requires physical distancing, face masks on public transport and no more than 100 people at social gatherings, from 11.59pm on Wednesday.

The rest of the country will move to level 1 restrictions, which impose no limits on domestic travel or social gatherings, from 11.59pm on Monday night. 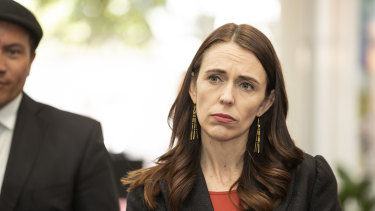 The country reported no new cases of coronavirus on Monday and the "Auckland August" cluster, which grew to 178 cases, has not had a new infection reported in seven days.

Prime Minister Jacinda Ardern said the fact the disease had not spread beyond Auckland during the August outbreak supported the country's slow windback of restrictions.

"We have taken a cautious approach because it saves lives and because it means our economy is more open than almost anywhere in the world," she said.

"Our response safeguarded the health of New Zealanders while allowing the economy to operate at near-normal levels," she said, adding "there is no costless response to COVID".

"By the end of this month there is a 50-50 chance of us having eliminated COVID once again."

Ardern also said the option of a quarantine-free travel bubble between Australia and New Zealand remained on the table.

"We prioritised the Cook Islands, they are still in a good place, they have been waiting for us to get back into a good place," she said.

"Likewise with Australia, we haven’t put any timelines on it but so long as they get into a position where they are free of community transmission that will be an option that will be back on the table."

Meanwhile, health authorities are investigating three new infections in Auckland that are not linked to the big Auckland cluster.

The three new cases were detected on Saturday and Sunday and began with a man who flew home from India to Christchurch, New Zealand on August 27. The man completed two weeks quarantine and tested negative twice to COVID-19 and then flew home to Auckland on September 11. 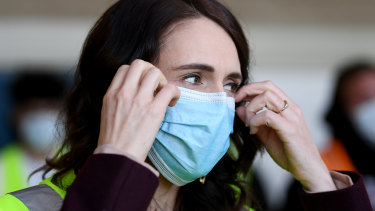 He began to feel ill on September 16 and recorded a positive test on Saturday. Two of his household contacts then tested positive on Sunday and they have all been moved into a quarantine facility.

The source of the man's infection is still being investigated but the strain of the virus has been linked genomically to two other people who were also on the flight back from India and who had already tested positive while in the country's managed isolation and quarantine facility.

Health Director-General Ashley Bloomfield said it was possible the man contracted the virus on the flight from India and that he was a rare case where the virus had had an extremely long incubation period, given he had tested negative twice during his 14 days quarantine and had only become ill 21 days after returning.

The man might also have been infected on the charter flight from Christchurch to Auckland after he left managed isolation.

A third possibility is that the man contracted the disease in New Zealand while in quarantine. Closed circuit TV footage from the isolation facility is being examined and the 86 other people on the Christchurch-Auckland flight are being asked to get tested and self-isolate.

Bloomfield said the most likely scenario was that the infection had occurred in the isolation facility. 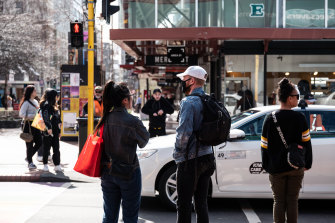 Professor Michael Baker, an epidemiologist at the University of Otago, said it was possible the man could have contracted the virus on day 10 of isolation and then returned a negative on day 12, for example.

"The testing has limited sensitivity. At best it's 80 to 90 per cent sensitive and at the early stage of infection it has low sensitivity."

New Zealand has 62 active coronavirus cases – 29 in returned travellers and 33 in the community – and three people are in hospital receiving treatment. The total number of cases the country has recorded is 1464.

The country's restrictions will next be reviewed on October 7, 10 days before the election on October 17.