It is the musical puzzle that has seen Twinkle, Twinkle Little Star, the works of Shakespeare and even the mathematical formula for Pi suggested as possible answers.

But now a respected art critic has suggested that the ‘hidden melody’ in Sir Edward Elgar’s beloved Enigma Variations is the Welsh song Men of Harlech.

Elgar revealed in 1899 that there was ‘a larger theme’ to the works, but took the secret to his grave telling friends: ‘The enigma I will not explain.’ 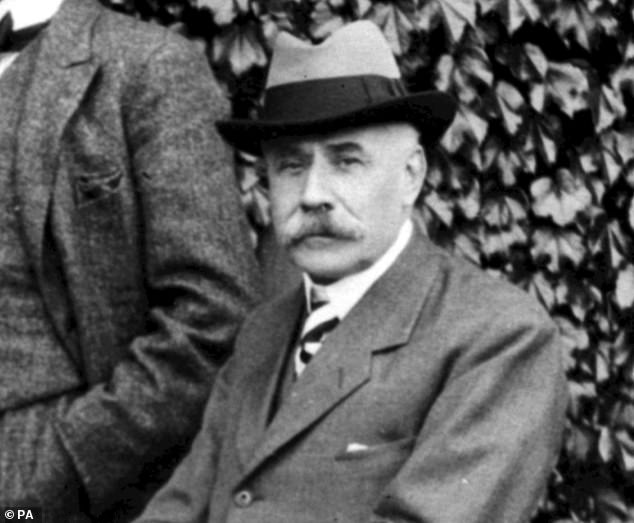 A respected art critic has suggested that the ‘hidden melody’ in Sir Edward Elgar’s beloved Enigma Variations is the Welsh song Men of Harlech (file photo of Elgar, pictured)

But Bevis Hillier claims Elgar ‘embedded’ Men of Harlech in his celebrated composition because he was ‘obsessed’ with the military tune and also weaved ‘snippets’ of it into other works including Pomp and Circumstance and Chanson de Matin.

‘I looked at the beginning of the Variations because I thought if this man is going to include a code of any kind that is where he will put it. And he did,’ said Mr Hillier.

‘The notes of Men of Harlech have exact matches to the Variations, albeit in a slightly different order.’

The Enigma Variations consist of a theme and 14 Variations, including the ninth and most famous, Nimrod, which is regularly played at commemorations and featured at the funeral of Diana, Princess of Wales.

Elgar only told his wife, Alice, and music publisher friend, August Jaeger, the solution to the riddle which has flummoxed musicians, historians and mathematicians for 120 years.

His official biographer Robert J Buckley later confirmed that ‘the theme is a counterpoint to some well-known melody, which is never heard.’ 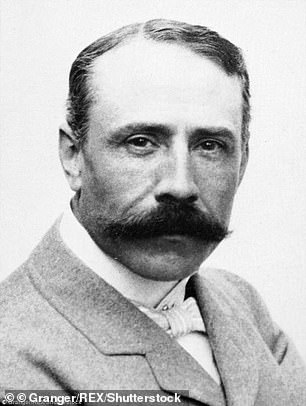 Elgar, above, only told his wife, Alice, and music publisher friend, August Jaeger, the solution to the riddle

Over the years, Rule Britannia, Auld Lang Syne and the nursery rhyme Pop Goes The Weasel have been suggested as the buried melody. Others believe reference to a ‘larger theme’ suggests a non-musical answer and have searched the Bible or suggested a link with Pi in an attempt to crack the code.

Mr Hillier said Men of Harlech, which describes events during the seven-year siege of Harlech Castle in the 1460s and famously featured in the 1964 film Zulu, was ‘throbbing’ in Elgar’s head around the time he composed it.

After studying the diaries of Dora Penny, one of Elgar’s closest friends and the inspiration for one of the Variations, he also found that she referred to an idyllic holiday in Harlech in 1902.

He said Elgar would have been aware of her family connections to the Welsh seaside town and referred to her trip in his own biography. Indeed, the composer once told Ms Penny: ‘I thought you of all people would guess it.’

Mr Hillier is no stranger to controversy and once undertook an elaborate literary revenge on AN Wilson after receiving a poor review for his biography on the poet laureate John Betjeman.

The 80-year-old adopted an alias and sent Mr Wilson what he claimed was a newly discovered love letter written by the poet. It was published but contained the acrostic message ‘AN Wilson is a s***.’

The new claims about Elgar are made in a book Elgarado! How I Cracked Elgar’s Enigma, which is published in September.