Follow
Home » World News » Attacked by both sides: journalists caught in the crossfire of Kashmir conflict

Attacked by both sides: journalists caught in the crossfire of Kashmir conflict

SRINAGAR (Reuters) – Most nights in recent weeks, journalist Asif Qureshi’s phone vibrates with a message from a known number of Jaish-e-Mohammed (JeM), a Pakistan-based militant group that killed 40 Indian paramilitary policemen in a suicide attack in Kashmir in February: “Allah always keeps you in safety and security”. 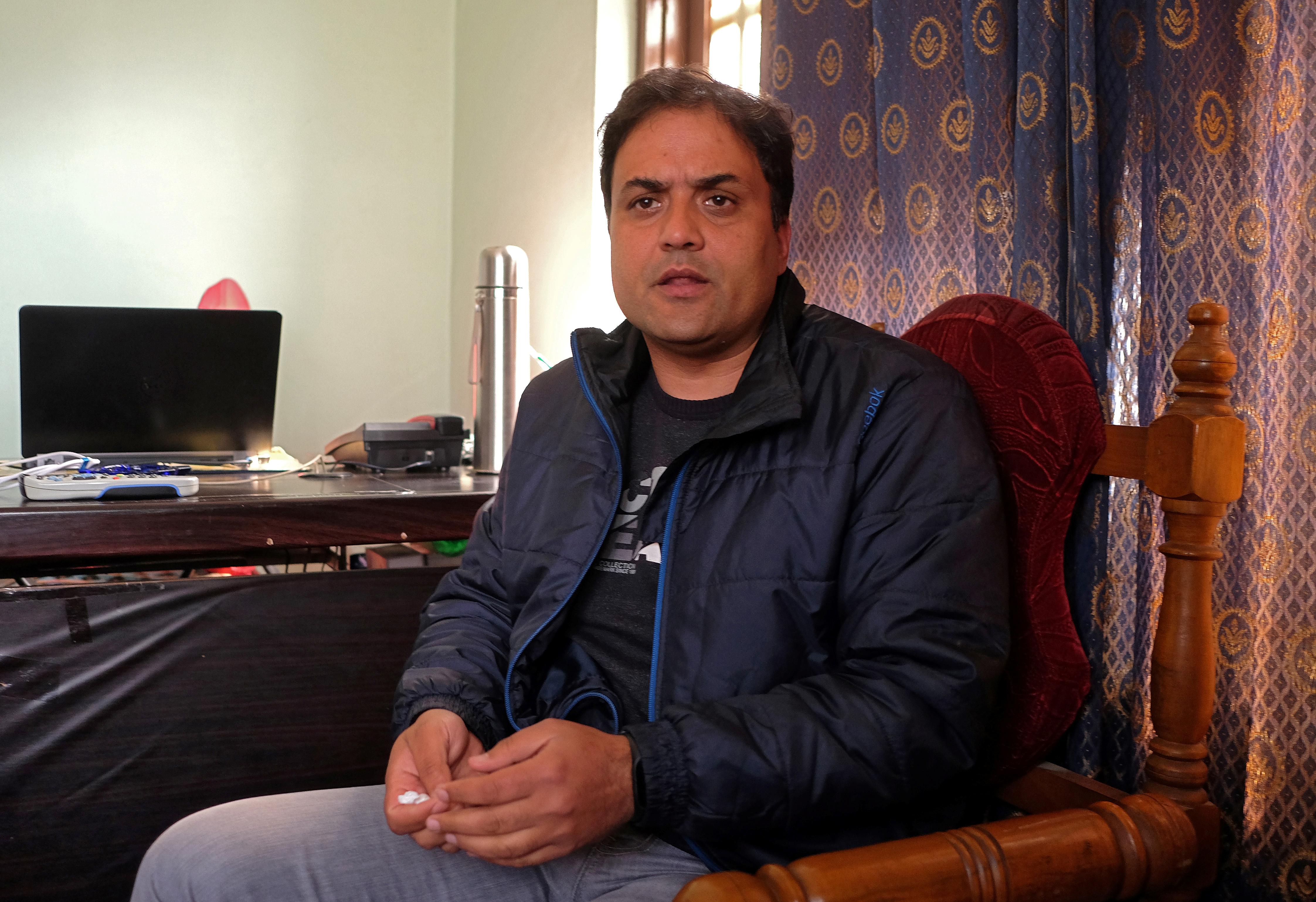 “They want to tell us that we are monitoring you,” said Qureshi, the Kashmir bureau chief for Delhi-based TV channel ABP News.

He is one of the many journalists caught in the crossfire – metaphorically and literally – between the Indian government and militant groups fighting for India-controlled Kashmir’s independence.

Both sides are making increasing attempts to control the flow of information, journalists say, after the conflict in Kashmir, a Muslim-majority region claimed by both India and Pakistan, escalated dramatically over the past few months.

India blames Pakistan for harbouring JeM, a claim Islamabad denies, and both nuclear-armed nations said they carried out air strikes and downed enemy jets after the suicide attack, to the alarm of world powers.

The present situation is the most dangerous and difficult for journalists in decades, according to dozens of journalists in Kashmir Reuters spoke to in recent weeks.

In the past two years, journalists in the scenic Himalayan valley have been threatened by militants, blinded by pellet guns fired by security forces, and murdered by unknown assailants.

Many reporters say that self-censorship is often the only option to keep working safely in the region.

“We have become a punching bag for both sides,” Qureshi said.

Srinagar’s Press Enclave, where many newspapers and TV channels have offices, has been under armed guard since Shujaat Bukhari, the editor of several newspapers and a high-profile moderate in Kashmir, was shot dead outside his office by unknown gunmen in June 2018. No one has been charged in connection with the crime.

The physical danger they face is a major reason why India is one of the worst places in the world to be a journalist, according to international monitor Reporters Without Borders, that currently ranks it 138th out of 180 countries on its press freedom index.

Last month, the government stopped advertising in two of the largest newspapers, Greater Kashmir and Kashmir Reader, to protests from the Kashmir Editors’ Guild.

“We have written to the government of India for a reason, but so far they have not provided it,” said Sajjad Ansari, the vice president of the Guild and editor of the Kashmir Observer, another leading newspaper.

Editors assume it is because the papers carried stories on human rights and other material critical of the authorities.

On March 10, fifteen newspapers, making up 95 percent of all sales in Kashmir, carried blank front pages in protest at the advertising decision.

It has had little effect. On April 2, the government pulled advertising from a third paper, Kashmir Uzma, according to the Guild.

Gulzar Ahmed Shabnam, the director of information for Jammu & Kashmir state, declined to comment on the withdrawal of advertising.

“I don’t think the independent voice can survive here,” said Morifat Qadri, the editor of Aafaq, an Urdu-language newspaper, of the situation in Kashmir. “An editor either has to surrender or leave this job.”

Reporters working for national outlets like Qureshi say they are facing renewed hostility from local people, who are often sympathetic to separatist groups and resent the Indian media’s increasingly nationalist stance.

India goes to the polls on a rolling basis from April 11 to May 19 in a general election that is being dominated by the tensions with Pakistan, to the benefit of the ruling Bharatiya Janata Party, pollsters say.

“Everybody knows the (national) media is slanted towards the establishment right now,” Qureshi said. “Right now you have to watch your back.”

Qureshi said locals often become aggressive when they saw the ABP News badge on his equipment, recognising it as a national outlet.

His cameraman, Arshad Hussein Shah, said he has been injured more times than he can count by security forces, often in scuffles involving batons and rifle butts.

But injuries can sometimes be more serious. In 2016, freelance photographer Zohaib Butt was covering a clash between protesters and security forces.

A policeman came towards him. Butt showed the man his cameras, but he raised a shotgun loaded with metal pellets, and fired in his direction from less than 20 metres away. The photographer sustained severe eye injuries.

“For the first five seconds I was shouting like a dog,” Butt said. “It was like looking at a broken mirror.”

Butt is one of several journalists injured over the last two years by pellet guns used by the army. In January, four were hit in a similar incident.

“Sometimes the authorities go beyond their powers and I will be investigating these cases,” said Shabnam, who became the state’s director of information in February.

A spokesman for Kashmir’s police force declined to comment on Butt’s case, and on injuries to journalists generally. 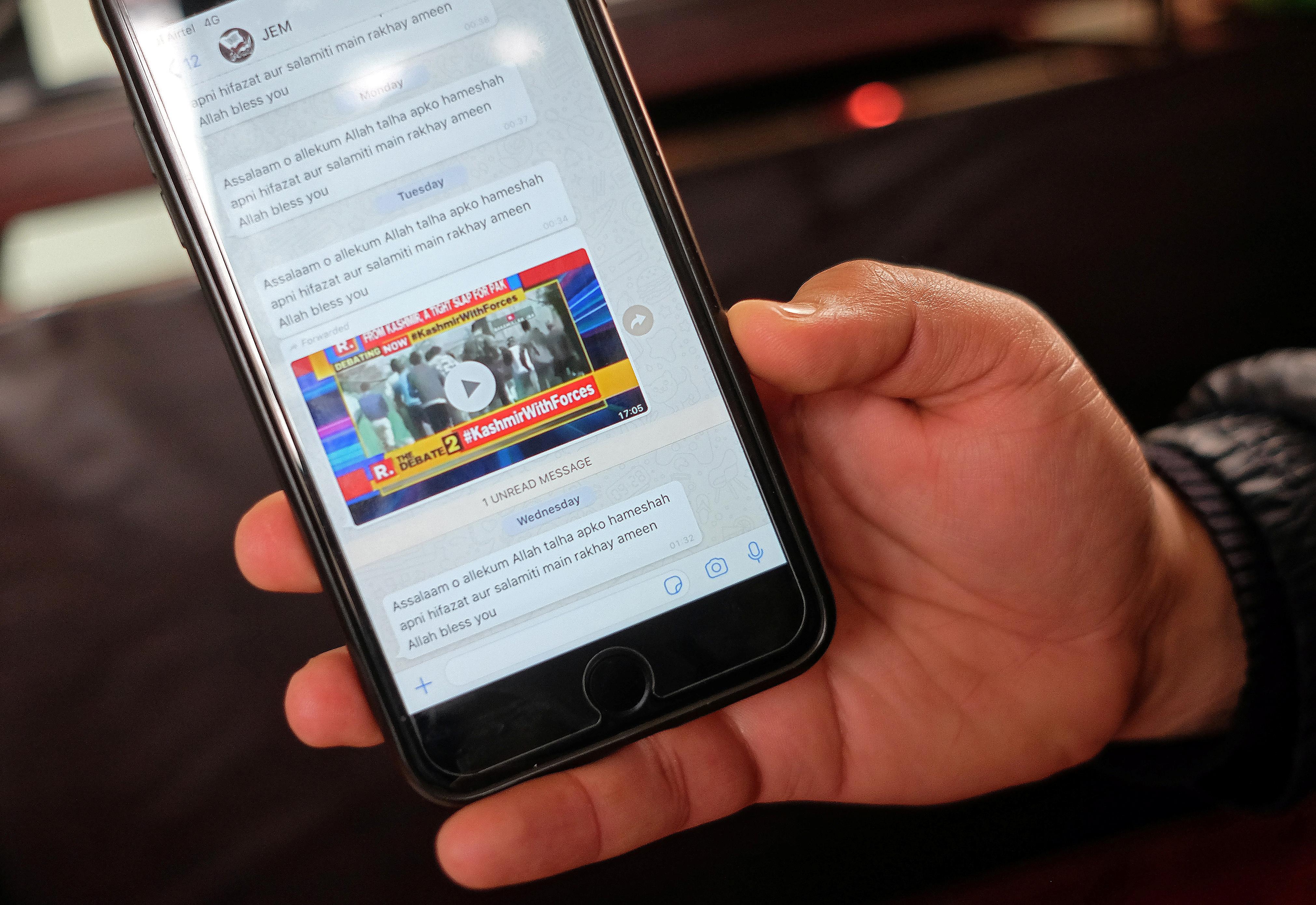 After multiple rounds of surgery, Butt is still partially blind, unable to work as a photojournalist. The man who shot him has never been identified.

Hundreds of metal pellets are still lodged under his skin, and he struggles with depression.

“Sometimes when I am taking a shower I cover my eyes and think why didn’t I do it at the time,” he said. “I trusted the cop that he wouldn’t shoot.”

India, Kashmir, media, publish, Us
You may also like: