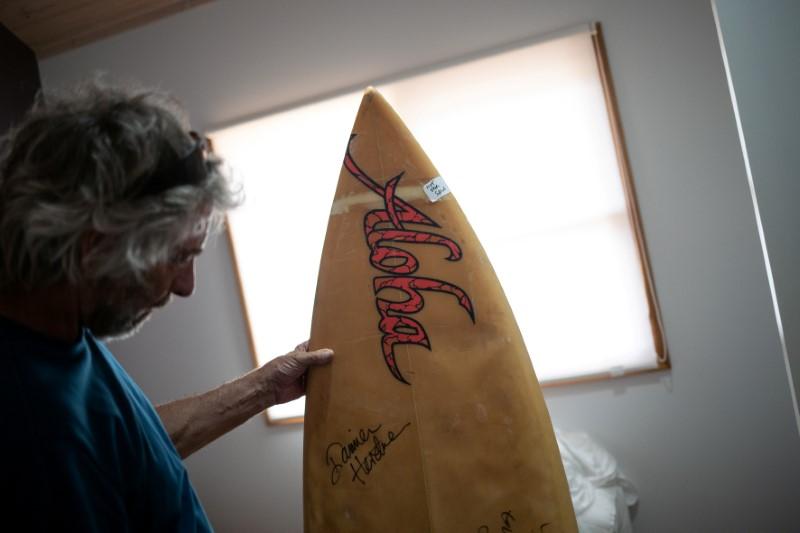 The hand-crafted boards, some dating back to the 1960s, were destroyed by bushfires that swept through Ford’s property over New Year, sparing his home but incinerating the shed that housed his collection.

“What I’m most gutted about is that history has been lost,” Ford, 62, told Reuters as he surveyed the debris.

Ford had been acquiring vintage boards since the late 1980s. His finds came from the internet, garage sales, and even rummages through dumpsters, where he found a board used by former Australian world champion Damien Hardman.

“We ride functional art, (boards) hand-crafted in those days by really skilled craftsmen,” said Ford, who had never had the collection valued. “It’s all a bit overwhelming. I don’t know if I’ll start collecting again, but I’ll never give up surfing. It’s my religion.”

Ford’s property is in Lake Conjola, a small tourist town on Australia’s southeast coast with a renowned surf break.

The town was badly hit by bushfires that have swept across the country’s southeast in recent months, killing 29 people, razing farmland and leaving thousands homeless.

In Lake Conjola, metal road signs melted and roofs caved in. Huge tracts of woodland were blackened, with trees stripped bare or uprooted.

A handwritten sign by a road near abandoned homes warned “you loot, we shoot”.

In towns along the southeast coast, beaches normally filled with tourists in the peak summer season were populated by just a handful of people. Several surf shop owners told Reuters business was significantly down.

Brett Musket, 28, owner of the Offshore surf shop in the town of Moruya, said the impact on what was normally one of the busiest times of the year was “phenomenal”.

But Musket was stoic as he unpacked excess inventory and handed a sweater to a man made homeless by the fires: “I can’t worry about it. I have to do what I can.”

For some surfers, the lack of tourists was a silver lining.

“It’s good to not have to share the waves with 20 other blokes,” said Peter Norman, 36, walking up a beach near the town of Dalmeny. “It’s normally packed here.”

For others, not even a crowd-free surf made up for the devastation.

At a beach near Batemans Bay, two surfers rode big waves against a grim backdrop of burnt trees and thick gray haze. 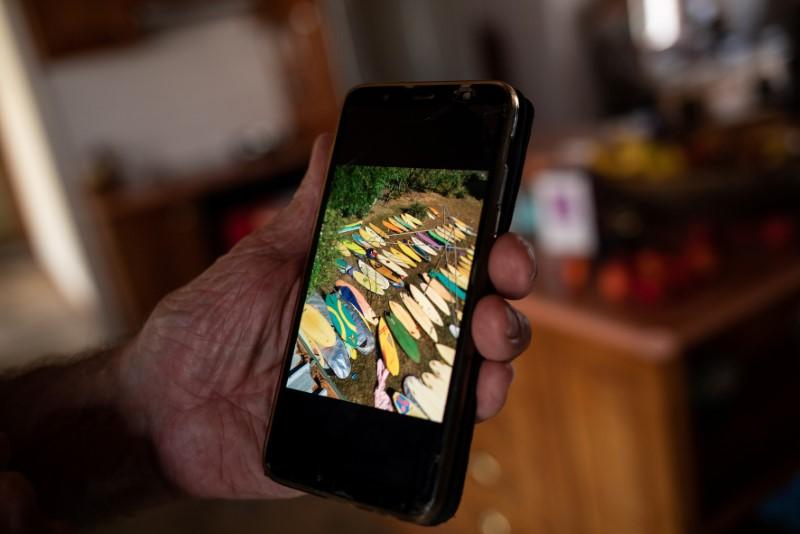 “I’ve not seen anything like it in my life,” said painter Mark Warren, 42, as he applied wax to his board before heading on to the beach scattered with pieces of burnt vegetation.

Board collector Ford was out of town when two fires surrounded his house and merged. He counts himself lucky and said the disaster made him reassess his priorities.

“There’s people who have got the shirts on their back and that’s it,” he said. “Out of the ashes come better things and I suppose I see my role now in supporting my friends and the other people in the community who lost everything.”