This is why you should avoid lorries’ blind spots

A motorcyclist has dodged death after being mowed down by a heavy-duty lorry at a busy junction in China.

She was seen crawling from underneath the truck unscathed after it drove past her.

All of the lorry’s 12 wheels missed her, but her scooter was completely wrecked. 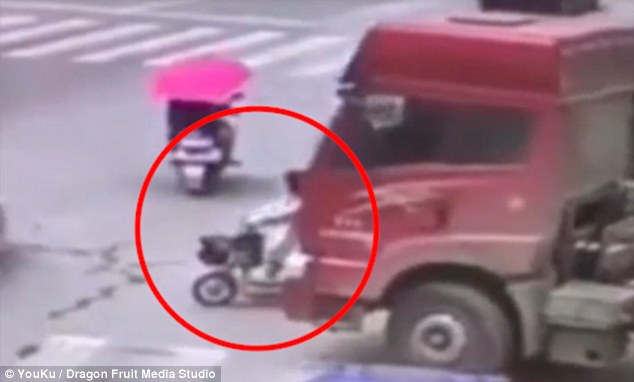 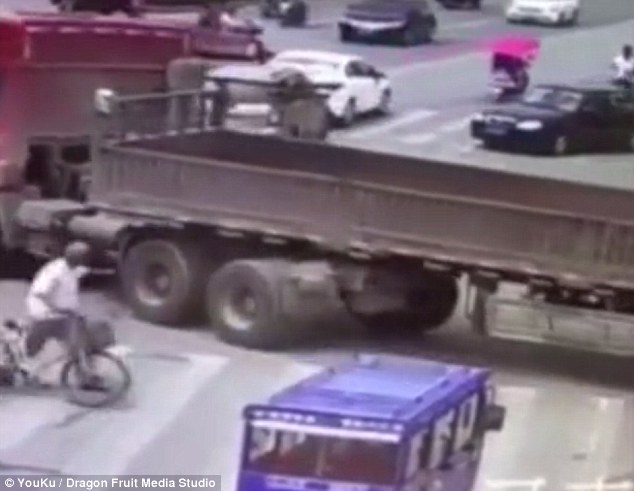 It’s been suggested that the scooter rider was in a blind spot of the lorry driver when the huge vehicle made a right turn.

The woman was knocked off her scooter and dragged under the chassis of the 12-wheel lorry.

Luckily she managed to stay between the wheels and later emerged from under the truck unscathed. 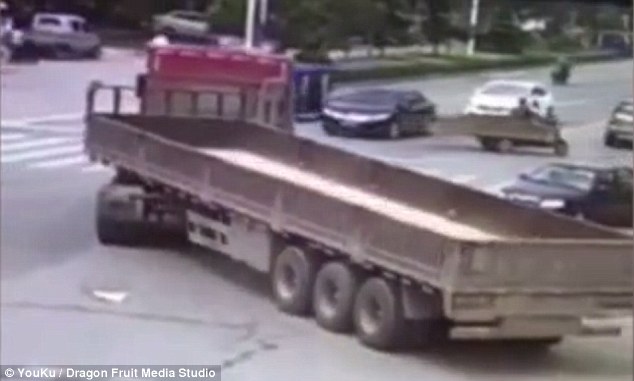 The lorry driver, believed to be oblivious to the crash, makes a right turn without stopping 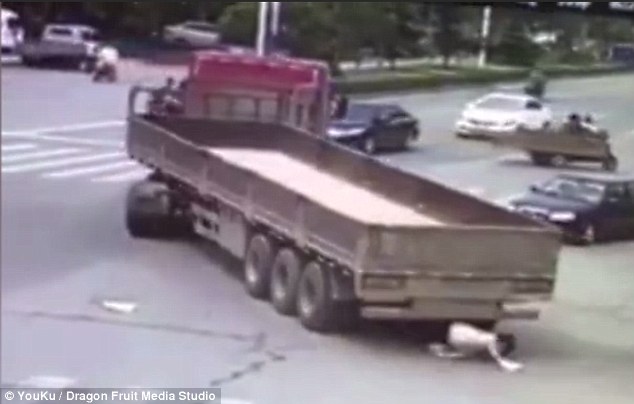